School’s out during the long election campaign

It’s all there in the latest My School data, write Chris Bonnor and Bernie Shepherd. The downside costs of our present school-funding system are high and rising 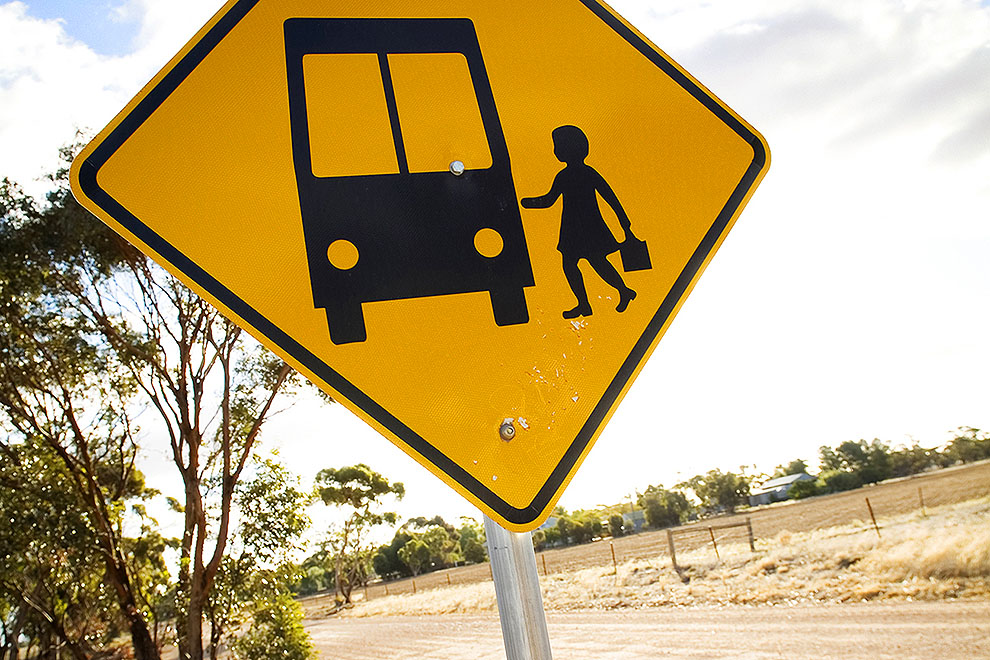 Familiar landscape: My School has evolved, but the playing field isn’t getting any more level. THPStock

We all know the election campaign’s school-policy script because we’ve been here before. We’ve seen the promises – to Gonski or not to Gonski, what it all costs, where the money comes from – and anyway, who says money makes a difference? Policy initiatives haven’t entirely been absent: six-year-olds will be tested (why should they miss out?) and school kids will all learn to swim. Profound stuff indeed.

But what about the many significant problems that are being furiously avoided during these weeks?

Let’s start with school funding. If we’d been smart, school funding would not be front and centre; we had the chance to put this issue to bed and get on with educational priorities five years ago. But we didn’t, and now have to deal with the consequences.

The denials came thick and fast. On average, we were told, public schools get this much and private schools get less. But the average student in one sector is different from the average in another. Expenditure in the public sector will always be higher because it enrols a disproportionate number of high-cost students in high-cost locations. Hence the need to compare schools enrolling similar students – to compare apples with apples. These days it’s not that hard to do.

Then we were told that past trends don’t indicate future patterns. That’s possible, so we marked time for another six months – but then we found that the trends revealed this year were not only continuing, they were even accelerating. Non-government schools are becoming government(-funded) schools.

But becoming a government school is not the same as becoming a public school. Only the latter – or most of them – must be open to all children from all families in all places and under all circumstances. Other schools aren’t, if only because they charge fees. The big increase in their public funding means that governments now have to reshape the accountabilities and obligations of private schools to better align with their level of public funding.

If the title “private” in relation to schools is to have any meaning, the funding flow has to be put on hold and an urgent review conducted into how public and private schools can operate on an even playing field. In other words, we must do what we have avoided for four decades.

Politics and the lack of a mechanism to coordinate funding means it won’t happen. But doing nothing has to be accompanied by some narrative that explains the inexplicable. What form of words will placate public school parents who will increasingly see students in the private school down the road getting funded ahead of their own children?

We have briefed representatives of two of the main three political parties about this looming debacle. Our lasting impression is that they just wish it would go away. It won’t. As Peter Martin suggested in the Fairfax media two weeks ago, “Unless one of the parties develops a policy that’s actually thought through, we’re likely to drift into the next election with private schools more heavily government-funded than government schools and no one thinking it’s at all unusual.”

The revelations about school funding in our previous reports on Australian schools came from the data behind the federal government’s My School website. And My School, now in its seventh year, keeps delivering and evolving. This week we report on what the website is revealing, and how it’s changed, in a new Centre for Policy Development report, Uneven Playing Field: The State of Australian Schools.

Some of our findings cover familiar ground, and we are certainly not alone in drawing attention to serious problems that won’t see the light of day during this election campaign. Here is a snapshot of the more significant of them.

Equity in schooling: Improving equity requires increasing the impact of schools, relative to the impact of family background, on student achievement. Australia’s “equity slope” is steeper than in similar countries. Using the socio-educational indices and NAPLAN data on My School, we have created equity slopes for Australian schools, and these slopes have steepened in the few years since Gonski reported. School outcomes are increasingly created not by what schools do but by whom they enrol. Inequity is greatest in metropolitan areas and for secondary schools – the places and level of schooling where choice is greatest.

Shifting enrolments: We are also witnessing a shift in student enrolments, commonly described as a drift to private schools but better described as a shift from lower–socio-educational advantage, or SEA, schools to higher-SEA schools. On average, higher-SEA schools are growing bigger and faster. And, just as Gonski warned, the evidence shows an increased concentration of disadvantaged students in the lower-SEA schools. This makes the task of lifting the strugglers, and lifting the nation, much harder than it should be.

Student achievement: The gap in student achievement between advantaged and disadvantaged schools has been well-documented in recent times. It has been slowly but consistently widening since 2008. What is significant is that the trend is measurable over just a few years. Conventional explanations point to the quality of teachers and school leadership, but improving these things alone won’t be enough.

A socio-educational hierarchy of schools: Student achievement aside, the qualitative and quantitative shifts in student enrolment have other consequences. The socio-educational hierarchy of schools we’re developing reveals a multi-tiered rather than two-tiered arrangement, both within and between school sectors. In loose terms, the same hierarchy emerges if schools are ranked by levels of school fees or by NAPLAN scores. This raises questions about matters as wide-ranging as community development, social inclusion and, once again, equity and student achievement.

The vanishing school community: For two-thirds of Australia’s schools, the local community is increasingly not the school community. More than ever before, students go elsewhere to school, or the local school’s enrolled students come from somewhere else. It is very noticeable that disadvantaged schools have an enrolment even less advantaged than the people who live nearby. Again, many questions need to be answered, including about the development of social and cultural capital in each community.

Funding follies: Gonski’s finding that we don’t have a logical, consistent and publicly transparent approach to funding schooling was spot on. Inexplicable differences in the funding roles of state and federal governments continue. The distribution and rate of increase of school funding varies considerably between the states. With some exceptions, such as New South Wales, increases in government funding have been no greater for lower-SEA schools. Increases in funding by sector are the reverse of what the pattern would be if funding were based on need.

Money and student achievement: My School data gives some insight into claims about the complex relationship between money and student achievement. Our highest investment is in schools at both ends of the disadvantage–advantage spectrum. Schools at the former end are serving high-cost students in high-cost locations. At the advantaged end we are pouring money – from both public and private sources – into schools whose students do no better than students attending equally advantaged, though less generously funded, schools.

If we had a dollar for every time “the future” has been mentioned in this election, we’d give up our day jobs – such as writing these reports (though admittedly this is unpaid work). But for school education the reality is that much of what lies ahead is not going to feature in this election.

Australia is sleepwalking into a schools disaster. Steepening equity gradients will show even more clearly that differences in wealth, income, power and possessions, to use Gonski’s wording, will continue to pile up challenges for schools. Those who can will go on abandoning lower-SEA schools, further compounding the disadvantage. While changes won’t be dramatic, we can foresee a further widening of the achievement gap.

Increasingly, schools will not resemble their communities; they’ll instead cement a hierarchy that mocks the Australian egalitarian myth. We’ll continue to see disproportionate funding going to where it isn’t needed – rather than to students for whom it can make a difference. State and federal funding will continue to weave its inexplicable path.

On the plus side there is persistent public support for the funding elements of Gonski’s recommendations, even if other, equally important recommendations have been ignored. We are seeing more concern from mainstream educators, and new ideas from various think tanks, even if these still avoid the fundamental structural problems created by our hybrid public–private framework.

A range of possible solutions exists. School choice should be shifted from one that provides a socio-educational advantage to some, at the expense of others, to choice that provides opportunities for all young people, many of whom are abandoning cookie-cutter mainstream schools to find that the others are much the same. The funding of needs has to be increased and far better coordinated to reflect the priorities arising out of the Gonski review. If the money can’t be found, then redistribution of existing public funding of schools will be back on the agenda.

Back to the future?

Australia’s current quasi-market framework of public and private schools, our fourth era of schooling in 200-plus years, is reaching its use-by date. Earlier eras ended when our arrangement of schooling fell short of meeting changing expectations. The first schools were primarily church schools. In the main these gave way to the public schools that were introduced in the later nineteenth century. Public schools evolved and expanded for a century – until they were challenged, from the 1960s, by a growing number of private schools.

This new era created a quasi-market of schools. Competition and choice, we were told, would create quality for all. Instead it just created winners and losers, which is what markets do. The Gonski review confirmed that Australia’s schools were not delivering the twin goals of excellence and equity. The My School website has churned out a mass of data which essentially shows we have been immersed in an experiment that failed.

It is hard to believe that the market will retain its grip on how we currently provide and resource schools into the future. The financial and socio-economic costs – and opportunity costs – now and in the future will prove to be just too high. We are already feeling the downstream costs of lost opportunities for young people as they drift from school to an uncertain future. We clearly must invest now, or pay more later.

But it is going to take us much more than this election to set us in the right direction. •

Chris Bonnor is a retired Australian principal, an education writer and Fellow of the Centre for Policy Development, and author of several books including The Stupid Country and What Makes a Good School? (both with Jane Caro). Bernie Shepherd is a retired principal with a long career in teaching and curriculum development in science, and was the founding principal of the first public senior high school in New South Wales.