As the economic challenges mount, has the government given itself enough room to act? 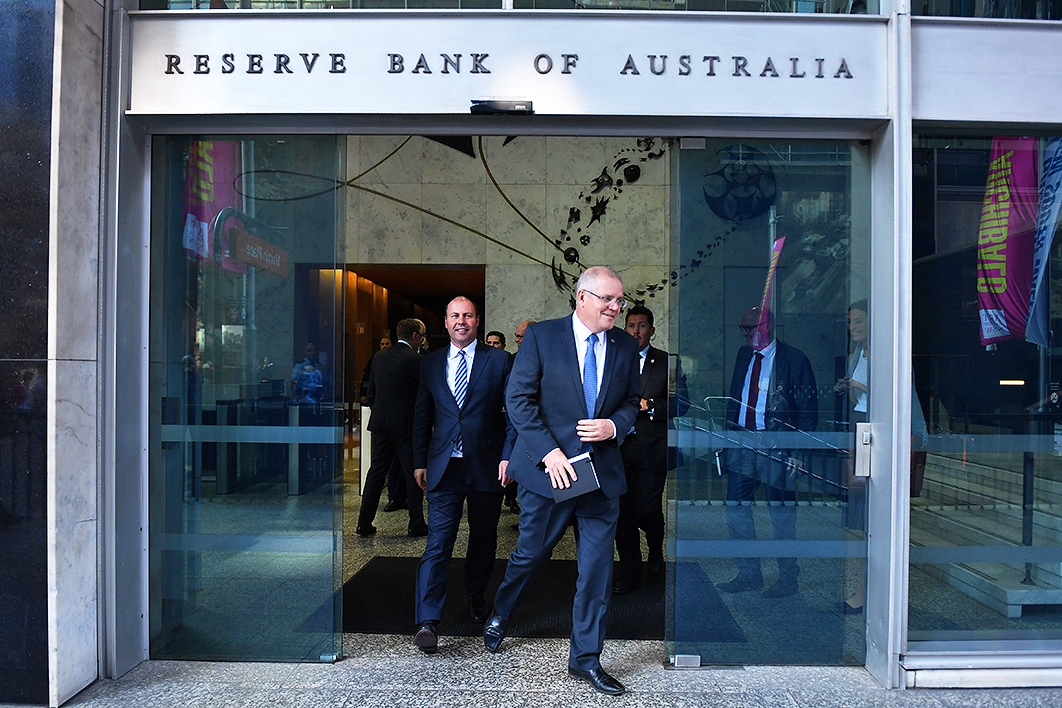 Growing economic risks abroad; a slowing economy at home; no political room for increased government spending; limited space for the Reserve Bank to stimulate the economy; no mandate for substantive economic reform; a host of baffling challenges for wage growth, investment, inflation and productivity: welcome to the next term of government.

While Australians watched the election campaign, the global environment deteriorated markedly. The trade war between the United States and China escalated. Geopolitical tensions with Iran and North Korea worsened. As global growth slowed, Brexit and the US administration continued to export uncertainty. Corporate debt was at record highs in the United States, household debt high in Europe, Australia and Korea, corporate and government debt worrying in China, and government debt continuing to plague Europe.

The risk for Australia is that these external shocks will interact with our slowing economy and weak household balance sheets.

Australia’s GDP has grown just 0.3 and 0.2 per cent in the past two quarters. Private investment is anaemic, consumption has weakened, inflation is at zero, real wages are stagnant, productivity growth has flatlined and living standards are going backwards. If risks materialise, highly indebted households may stop supporting the economy with their spending.

Meanwhile, a set of economic conundrums — not unique to Australia — has economists baffled. Why are wages weak when the labour market is tightening? Why is investment low when corporate profits are strong? Why is inflation weak when many economies are nearing full employment? Why is productivity low despite advances in technology?

Government can do things to stimulate the economy. But Australia’s political and economic environments combine to give this government little room to manoeuvre.

Interest rates are already low, meaning the Reserve Bank of Australia has less space to boost the economy than normal. Cutting rates from a low base means the stimulatory effects tends to be smaller, and if Australia becomes part of a broader global downturn then the exchange-rate benefit of lower interest rates will be offset when other countries do the same thing.

Structural reform in areas like taxation, industrial relations and competition is another option. Even assuming they significantly boost market confidence, though, these reforms have limited benefits in the short term. Nor does the government have any mandate for this kind of reform given its campaign focus was on what it wouldn’t do rather than what it would. This may or may not be a barrier, but it will require some careful political footwork.

This leaves the final option of fiscal policy. Here, too, the government has little room to manoeuvre, having invested much political capital in its promise to deliver surpluses. Its forecast 2019–20 surplus is wafer-thin and relies more on increased tax revenues than reduced spending. A downturn would see those revenues vanish quickly, particularly if commodity prices take a hit, leaving the government with three unpleasant options.

First, it could abandon its promised surpluses in the face of a deepening downturn. This is economically sensible but would open the government to political attack given that for many years it has criticised the Rudd government for doing the same thing in 2008.

Second, it could abandon its promised surpluses but mitigate the hit to the budget by shifting its budget priorities. It could shift focus to measures that boost the demand-side of the economy, such as reining in tax concessions that favour the rich (who spend less on consumption) to free up funds to strengthen social safety nets and expand government investment. This also makes economic sense but, politically, would appear strikingly similar to features of Labor’s policy platform that the government fought strongly at the election.

Third, the government could seek to defend its promised surpluses by cutting spending to match its fall in revenues. This would be a mistake. Cutting spending during a downturn produces a vicious downward spiral, with lower spending reducing growth, and lower growth reducing government revenues, spurring more spending cuts, weaker growth and so on.

Except in rare circumstances when the government’s solvency is in question, the evidence shows that governments should increase spending during a downturn, not reduce it. Recent research from Larry Summers, Jason Furman, Olivier Blanchard and others shows that the current environment of sustained low interest rates means the usual costs of increased government spending — higher inflation, increased interest rates, an appreciated exchange rate and a crowding-out of private investment — are much less binding.

Critically, the government needs to develop policy frameworks that give it the political space it needs to undertake necessary and sensible economic actions.

In the short term, a new fiscal rule could help. An “investment approach to spending” framework would require the government to publicly demonstrate that the benefits of new spending proposals exceed their costs. This, combined with a credible medium-term path back to surplus, would give the public confidence that the government is serious about using taxpayers’ money carefully.

For long-term reform, the government should consider a framework analogous to that of the National Competition Policy in the Keating–Howard years, particularly given that many of the must-do productivity-enhancing reforms are within the jurisdiction of the states and territories. A federal body could coordinate reforms with designated reform units in each state and territory government. COAG could negotiate a list of priority reforms within a framework of reform payments where increased federal revenues that flow from these reforms are paid back to the states in return for successful implementation. This provides both incentives and political cover for state and territory governments and has been historically successful.

Finally, the government needs to do its part to mitigate risks in Asia. It should support regional surveillance bodies, particularly the ASEAN+3 Macroeconomic Research Office, to help identify potential crises early. It should support further developing regional crisis response mechanisms like the Chiang Mai Initiative Multilateralization and facilities at the Asian Development Bank. It should be a regional champion in lobbying US Congress for IMF reform so Asia is better represented, and it should develop legislative frameworks at home so the treasurer can quickly provide temporary loans to governments in the region who may need support.

The prime minister has entered the Liberal pantheon for winning the unwinnable election. His objective now should be not to enter the pantheon of prime ministers who have overseen a recession. •