Television | Winter is at its deepest, and Game of Thrones is on a new trajectory 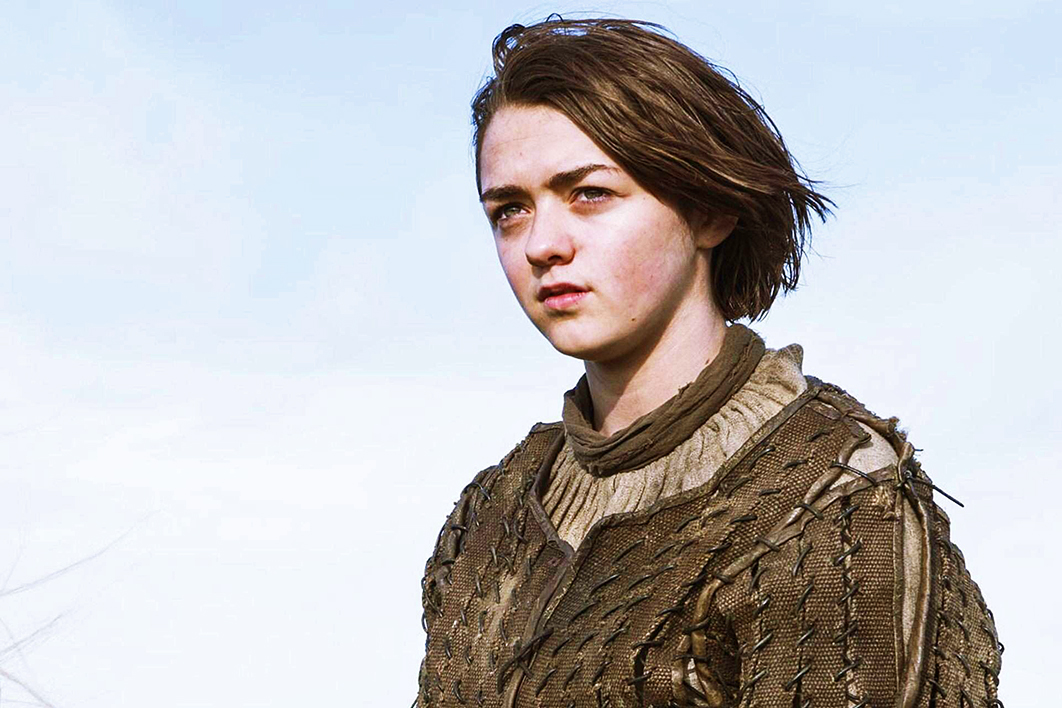 Girl on a mission: Maisie Williams as Arya Stark.

It’s been a long journey. While many television drama series have lived into a seventh season, Game of Thrones has packed more into its extraordinary odyssey than any other. For sheer epic bravado, there’s no rival in sight. All good mythic stories, though, should be drawn to a conclusion, and there will be an end to this one. With the eighth season projected as the finale, this is its penultimate phase, and the storyline is already on its downward arc.

From the point of view of showrunners David Benioff and D.B. Weiss, this stage presents special challenges. Several of their highly charged storylines have already been brought to ground, with the attendant loss of some of the most charismatic villains. The juvenile sadist Joffrey Baratheon (Jack Gleeson), whose long-overdue assassination was the dramatic climax of season 4, is becoming a distant memory. Season 4 also saw the killing of tyrannical patriarch Tywin Lannister (Charles Dance). In a gratifying moment, he was shot with a crossbow in the royal privy, while sitting on the wrong kind of throne.

And how we longed for a grisly end to Ramsay Bolton (Iwan Rheon) as, time and again, he got the better of some recklessly courageous adversary and put them to the most horrible death imaginable. Hideous deeds prompt wild imaginings of revenge, but Ramsay’s killing took things to another level. It was as if he had become part of the order of this insane world, and getting rid of him meant blowing all expectations out of the water. “Battle of the Bastards,” in which he faced off against the resurrected Jon Snow, was rightly called the finest battle scene ever filmed for television. A record-breaking television audience repaid the investment of a US$10 million budget, with 600 extras including trained horses and weapons specialists, and award-winning direction from Miguel Sapochnik.

That was the climax of season 6, so where to now? Having run ahead of George R.R. Martin’s capacity to produce new novels, Benioff and Weiss have had to rely on consulting him about projected developments in the action. But the opening episodes of season 7 demonstrate that they have plenty of narrative lines left to sustain the dramatic momentum.

There is Theon Greyjoy (Alfie Allen), who has been through the darkest circles of hell at the hands of Ramsay Bolton. Theon, who has sustained major psychological damage alongside the physical injuries inflicted by a tormentor obsessed with cutting bits off people, is having trouble getting his mojo back. As events come to a head, will he rise to the challenge? He is up against a new villain, in the form of a long-lost uncle who suddenly arrives to claim the family inheritance and proceeds to wreak all manner of chaos as he musters the Greyjoy clan to make a seafaring army.

Euron Greyjoy (Pilou Asbæk) looks set to become the nemesis of several major players in this dark world as the season progresses. A psychological shape-shifter who changes persona for different audiences, he has something of Shakespeare’s Richard the Third about him. At any given moment, he has several murderous plans up his sleeve and displays a bizarre capacity to seduce even in the midst of the horrors. All this is a tall order for the actor, who seems to be relishing the challenge. As Kasper Juul in the Danish political drama Borgen, Pilou Asbæk took on a character with conflicting layers of personality and proved himself one of the most interesting television actors around.

Arya Stark (Maisie Williams) has been a girl on a mission since she witnessed the massacre of her family in the notorious Red Wedding scene in season 3, but the path to revenge in GoT is never smooth. And in her case, the appetite for retribution is not easily satisfied. By the end of season 6, Arya had succeeded in dispatching the evil old man who planned the killings, but now she’s off to King’s Landing, all by herself, to kill the queen who has usurped the Iron Throne.

She’s not the only one with that agenda. Jon Snow, resurrected at the start of season 6 and surely qualified to be the last man standing, is gathering armies in the North. Will he join forces with Daenerys Targaryen and her dragons?

It’s hard to discuss the storylines of Game of Thrones without sounding absurd to anyone who hasn’t been following them. Fantasy worlds, with their exotically named characters and locations, are very much an insider’s business, and I’m not normally a fan of such creations, but this one has quite exceptional imaginative cogency and dramatic build — qualities that are amplified in the television adaptation.

The plot is Homeric in its complexity, but underpinning it are thematic arcs that bind the overall pattern of events into a poetic unity. “Winter Is Coming” was the title of the opening episode in season 1 and now, after all the crossings of seas and continents, the battles, the power play in great castle halls, something other than the clash of human determinations is closing in. As season 7 begins, winter has well and truly come. Filming for the series was held back so as to coincide with the deepest phase of the season in Iceland, where the cast were sheltered in heated Russian tents anchored to resist the 150 kilometre per hour winds. Temperatures went down to –27°C.

This makes for a range of cinematic opportunities. Cameras track through unending snowbound forests, or fly over panoramas bounded by cliffs of ice; closer up, human figures move about in dense swirls of snow. And there is a special kind of silence, against which every cracking twig or bird cry triggers the nervous system into high alert. There is live flame in almost every scene, from the huge braziers in castle halls to the struggling wood fires lit by characters on the move through the landscape.

A Song of Ice and Fire is George R.R. Martin’s overarching title for his saga, and it inspires some serious dramatic ambition in the filming. The climax of the second episode in the current season is a sea battle fought amid a rain of cinders as sails become sheets of flame and broken ships are consumed in fire before they can sink.

All true epics have a metaphysical dimension, drawing in a larger sense of fatality than that which binds any single human destiny. The battle with the White Walkers, the armies of the dead, is a continuing dimension of the action in GoT, running through all seven series and at times threatening to engulf all other forms of conflict.

In a world where violent death awaits at every turn, the dead will always outnumber the living, and the chance of human forces getting the better of that equation look slender at this point. Parents of dead children and children of dead parents predominate among the remaining dramatis personae.

Up in their fortress at King’s Landing, Cersei Lannister and her brother–consort Jaime are in possession of the Iron Throne, but they look to the barren future wondering for whom and from what they are to make a new dynasty. No one would fancy their chances, especially as they, like the Macbeths they resemble in so many ways, have been warned of their demise through some witchy fortune-telling. The question is, who will ultimately claim the throne, and with it some vital hold on the future? •

Rock music doesn’t just have classics in the sense of “golden oldies,” it has become a body of work 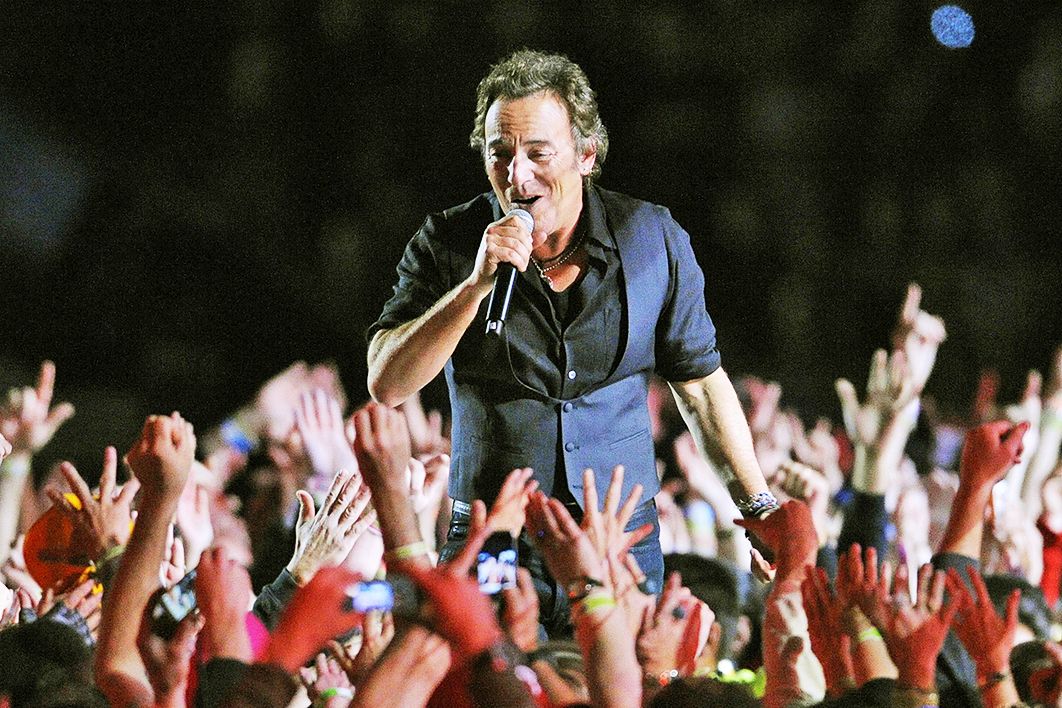