Does our pandemic shed new light on the playwright and his work? 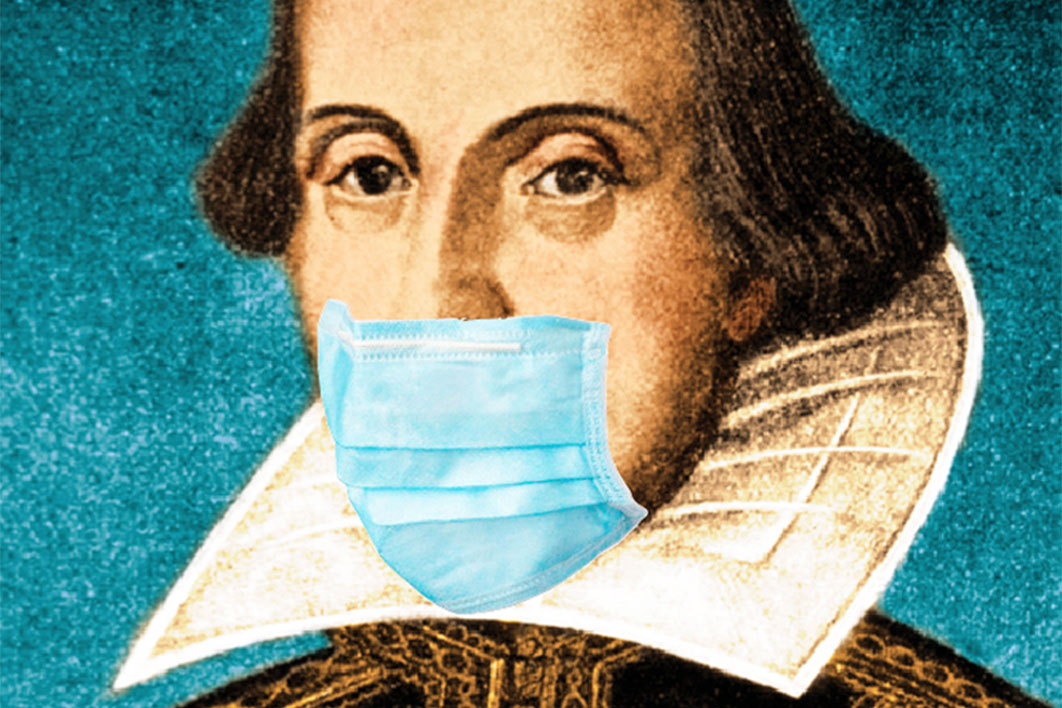 Overshadowed by a pandemic, some of us have been celebrating the anniversaries of Shakespeare’s birth and death. The coincidence seems to invite consideration of the two together.

In escaping an epidemic during his early childhood, Shakespeare was one of the lucky ones. Plague hit Stratford-upon-Avon just three months after his birth on 23 April 1564. In July, the vicar of the church in which he was baptised and in which his funeral would eventually be held had the mournful task of announcing the death of a weaving apprentice, upon whose burial entry is recorded hic incipit pestis — “here begins plague.” Over a period of six months the pestis cut a swathe through the population, but young Will was spared.

It is one of the many strange things about Shakespeare’s writing that, no matter what has happened since he lived, he seems to have anticipated it. An immediate and intriguing example came just a few weeks ago when the world welcomed a new book by respected scholar Jeffrey Wilson about tyrants in the plays. It was called (you guessed it) Shakespeare and Trump.

The corollary of pondering how his plays can illuminate our own changing times is to view the plays through current events, shedding new light on the playwright’s career and providing new readings of his works. Here are just three of many possible musings in our own age of pandemics, leaving aside his explicit references to cholera, malaria and other epidemics in the plays.

It was the first time the general public even knew of his existence, since playwrights were not individually celebrated and often wrote collaboratively. When the theatres reopened, Shakespeare’s name as the single, named author of a bestselling poem became a drawcard for theatre audiences.

He was also turning his hand to sonnets. From the appearance of Venus and Adonis onwards, many published quarto editions of the plays featured his name on the title page. His dedication to Venus and Adonis intriguingly describes the poem as “the first heir of my invention,” which seems further evidence that before this he was known only to a theatrical coterie, and that this book was intended to put his name into the public arena in a big way.

Terms used by contemporaries to praise his works — “sweet,” “mellifluous,” “honey-tongued,” “honey-flowing” — arguably apply more to the celebrated poem than to the plays. Contemporary writers linked his name with that prestigious verse publication; and Shakespeare and his theatre company never looked back. Who knows how many people today, their livelihoods destroyed in the short run, might be forced to change direction in equally lucrative ways?

I have always found Othello an uncomfortable play to teach and write about. But placing the play in modern terms (and depending on how it is produced), it can be seen not as underwriting racist attitudes but as critiquing them, showing how events can be exploited for a nationalistic agenda and become psychological pandemics in their own right.

Only one person in the play regards Othello’s skin colour as a stigma. Just as some world leaders today jostle to blame other nations and immigrants for the coronavirus, so does Iago view the Venetian Moor as an outsider who has the power to infect the population. Using disgusting imagery, Iago not only activates but creates white nationalists’ fear of others when he persuades even Brabantio, the father of Othello’s new wife, of how “unnatural” his daughter’s liaison is: “Even now, now, very now, an old black ram / Is topping your white ewe. Arise, arise,… / Or else the devil will make a grandsire of you.” He explicitly links race (“Barbary” were Saracen Moors or Turks) and bestiality: “you’ll have your daughter covered with a Barbary horse; you’ll have your nephews neigh to you.”

Brabantio has welcomed Othello into his house and accepted him as the natural leader of the Venetian military, but he falls for Iago’s blatantly racist populism, later treating Othello as a kind of epidemic in his own right: “That with some mixtures powerful o’er the blood, / Or with some dram conjured to this effect, / He wrought upon her.” In fact it is Iago’s virulent (virus-like) appeal to rhetoric of white supremacy that has infected Brabantio (but never Desdemona) and comes tragically to undermine Othello’s own sense of self.

The disturbing thing about the play is that some influential productions of Othello, even beyond apartheid South Africa and pre-bellum America, have generated a racially charged contagion that spreads even to the audience. But examples from current events show how Shakespeare, with unnerving, analytical accuracy, traced such prejudices back to a manipulative, evil individual’s ability to catalyse a social and political epidemic, no less dangerous for being psychological and political as well as physical.

We don’t know the cause of Shakespeare’s death in 1616, aged fifty-two, in his home at Stratford. Hypotheses have ranged from the prosaic (heart attack, stroke) to the colourful (syphilis, cocaine addiction, alcoholic poisoning, stress caused by family scandal). Surprisingly, though, contagion has rarely been considered, despite its frequency. Epidemics of various kinds, including bubonic plague, typhus, smallpox, yellow fever, chicken pox, malaria (known as ague) and others, were especially prevalent throughout Europe and England from 1606 to 1611 at least.

The catch-all word “influenza” to describe a “contagious distemper” was not used in English until the eighteenth century, but obviously this did not mean such conditions had not existed long before. They were not counted or clinically named or discriminated as they are today, and they certainly continued to circulate throughout the period, with the most common symptom being “fever.”

From 1616 onwards, whole native communities in New England were devastated by a mysterious epidemic, and although the English settlers declared this to be God’s punishment of their heathenish beliefs, the disease was almost certainly introduced by European sailors who may have been immune or asymptomatic because of exposure over generations.

In Shakespeare’s case, the fact that his will was drawn up and signed in a shaky hand less than a month before he died is sometimes taken as evidence of an ominous illness. The only near-contemporary account is that he died “of a fever” after an afternoon drinking with fellow dramatists Ben Jonson and Michael Drayton. Written fifty years after his death by a local vicar, the story may be apocryphal, but that phrase, “of a fever,” is all we have by way of evidence.

Typhus in particular broke out in 1616 England. “Fever,” sometimes induced by plague, seems to have attended the deaths of playwrights in London, including Robert Greene, John Fletcher and possibly Thomas Middleton. Nor did it spare Shakespeare’s own family, since his son Hamnet and three of his sisters also died of plague. If Shakespeare didn’t die of a common epidemic or pandemic, then he was statistically quite lucky to have escaped the scourge. • 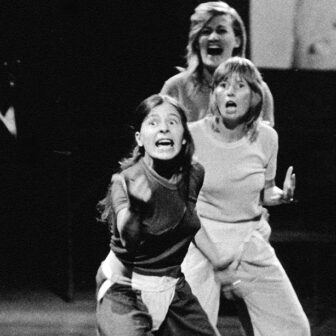