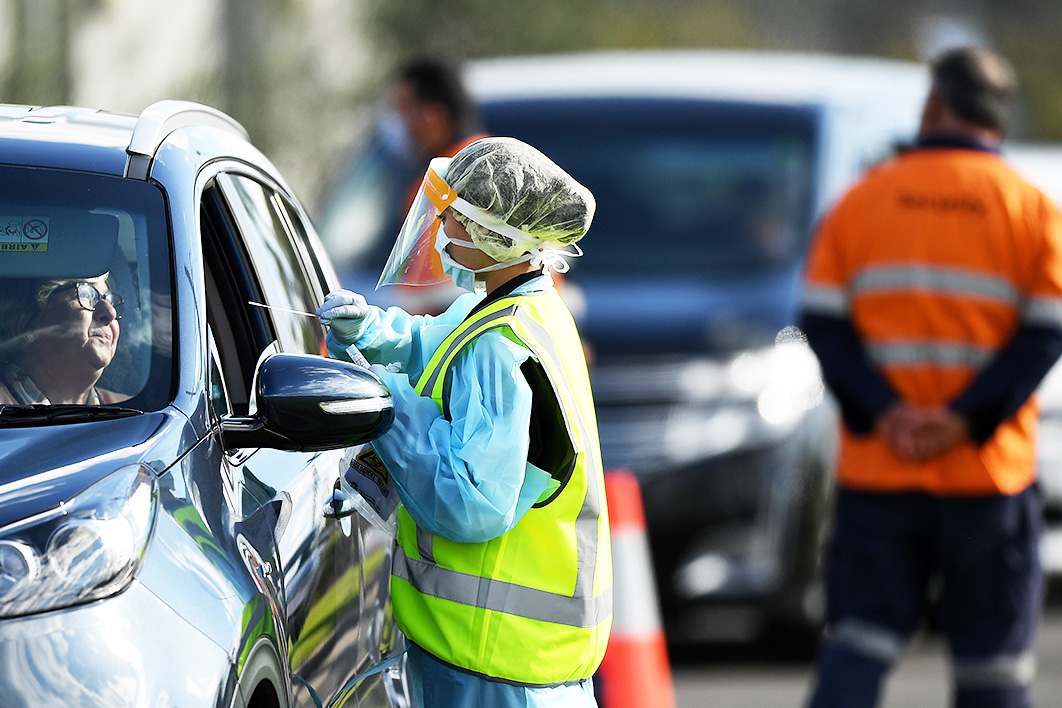 Back in the 2010s, the great healthcare transformation on the horizon was precision medicine, which promised to make treatments hugely more effective by matching them to the genome, history and context of each individual. Barack Obama featured a precision medicine initiative in his 2015 State of the Union address.

Precision public health followed, but was greeted with considerably more scepticism. Advocates saw it as the opportunity to tailor public health to the needs and experiences of increasingly precisely defined populations; detractors feared that genetic determinism would supplant close attention to the political determinants of health.

These discussions were swept aside in the urgency of the Covid-19 pandemic. Instead, authorities used public health tools that would have been familiar a century ago, even down to controversies about border closures and face masks. But reaching into the well-worn toolkit may have blunted some of the nuance required to deal with this pandemic.

Dominating the Covid-19 modelling and messaging have been probabilistic population measures: physical distancing, restrictions on movement, and other behavioural changes designed to slow the spread among those who might have been exposed. These quarantine measures, which seek to increase the distance between sources of infection, are always imperfect — borders are never hermetically sealed and behaviours never fully predictable.

Less attention has been given to the other side of epidemic control: the isolation of cases, with infection controls designed to prevent spread to immediate contacts. Unlike quarantine, which operates at population level, isolation and infection control operates at individual level, though it too is imperfect — witness how infections among healthcare workers have exposed the limitations of protective equipment in the real world of overworked hospitals.

So far, Australia’s Covid-19 response has been dominated by quarantine. When overseas arrivals were found to be lax with their self-quarantine, they were subject to hotel quarantine under supervision. This would give time for the disease to incubate in those who were infected but not yet symptomatic, who would be isolated.

In response to community transmission, those who take the test have been enjoined to quarantine themselves for fourteen days, with mixed levels of compliance. This is where it is unhelpful to conflate quarantine and isolation. People who have received a test are asked to regard themselves as if they might be positive, but the recommendation to self-quarantine has been made in a half-hearted way. The more stringent requirement — mandatory isolation until told otherwise by public health authorities — only kicks in once a positive result is received. But even then, isolation happens at home, and although infected people are advised to limit their contact with other household members, this is often unrealistic.

A more effective response might make a much clearer distinction between the blunt population-wide instrument of quarantine and the imperative of infection control through isolation of positive cases.

China gained control of its first wave of Covid-19 infections through an aggressive combination of both quarantine and isolation measures. Remember those pictures of the massive hospitals thrown up in a week in Wuhan? They were for the isolation of confirmed cases, and not only those who were sickest.

Striking the right balance is important. Isolation must not be seen as a punishment for contracting Covid-19: that would be the quickest way to deter people from testing and keep much more transmission under the radar. But the failure to isolate appears to have been a critical point of leakage in the current Australian response.

Biosecurity expert Jeremy Konyndyk of the Center for Global Development has noted, “We have a strong end game once there is a vaccine, and we have a strong opening game if countries contain an outbreak when case numbers are low.” But too often it is what he calls the “middle game” that is neglected. That judgement is very pertinent to Australia at the moment. With a Covid-19 vaccine tantalisingly close, the middle game is being neglected.

Covid-19 testing is another case in point. After initial efforts to decentralise the testing infrastructure, the current system — with a wait of at least a day for results — seems to have been judged “good enough.” But tests have been developed that can produce reliable results within half an hour. If a thousand or more mobile testing sites were deployed at points of care across Australia and delivered a positive result on the spot, the public health system could then swing into action with a personalised isolation plan: precision public health in practice.

The Therapeutic Goods Administration has approved at least three point-of-care nucleic acid tests, along with a number of point-of-care antibody tests (which are useful for determining who has been infected in the past but less useful to pinpoint current infection). It is not clear why these tests have not yet been rolled out.

Focusing too heavily on vaccine prospects amounts to dropping the ball during the middle game. Improving detection, control and treatment can have immediate effects, while many uncertainties surround the prospects for vaccines.

The hyper-competitive environment of vaccine nationalism has not helped. Moscow’s Gamaleya Institute has already developed a successful vaccine, and its registration is imminent — at least according to Russian health minister Mikhail Murashko. Unfortunately, data from the clinical trials has not been released, making it very hard to evaluate his claim. Of the vaccines that are being more transparently tracked, at least six have entered phase III trials, where their efficacy will be tested.

Vaccine optimism bring its own perils. Cutting corners in a scramble to find effective responses will not produce good and durable responses, and may make them much harder to find. The same applies to treatments. It has been suggested that Britain’s creation of a unified platform for Covid-19 treatment trials has produced reliable results more quickly than the free-for-all — thousands of small-scale trials of potential treatments producing more noise than signal — in the United States.

Paying attention to the middle game also means delivering on the opportunities to make lasting changes to the social and economic opportunities provided by the pandemic. The old post-disaster recovery slogan is to “build back better,” but if building better is left until after the disaster is over, then it will probably never happen.

The announcement that the final VCE results of all Victoria’s year 12 students will be based on an individual assessment creates a welcome opportunity to build a better system. Those familiar with the history of the Victorian Certificate of Education will recall that it was created on the recommendation of educationalist Jean Blackburn, whose report on post-compulsory schooling in 1985 was one of the high points of education reform in Australia.

As it was originally conceived, the VCE was to be the cornerstone of a flexible, individualised education assessment system, doing away with the single final-year score. This bold vision was successively watered down under pressure from universities and businesses, which wanted a single score, however spurious, to filter candidates for limited places.

So let’s welcome the return to a more nuanced and individualised approach to matching students with future pathways. Perhaps it is further demonstration of the promise of precision. •

Essays & Reportage The end of the city? No, not quite Sarah Barns 16 September 2020 All of a sudden, proximity to the city may no longer be a critical driver of innovation and job creation
Close

Should private primary schools be free?

“We have one of the most segregated school systems in the world,” says former NSW education minister Adrian Piccoli. Paul Miller/AAP Image 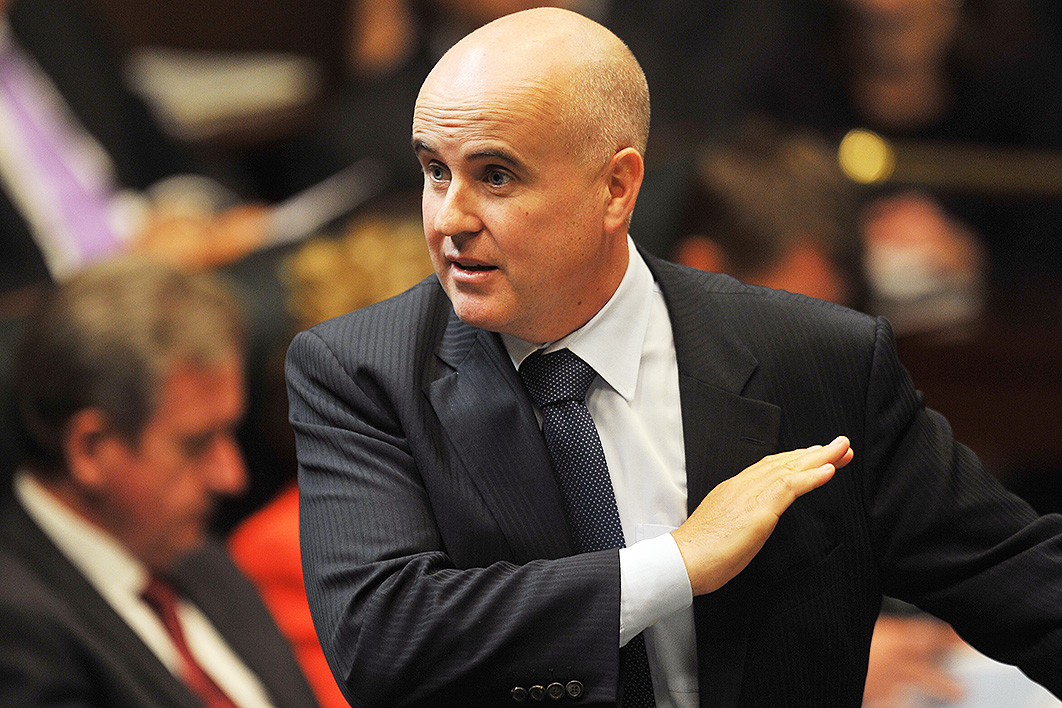 “We have one of the most segregated school systems in the world,” says former NSW education minister Adrian Piccoli. Paul Miller/AAP Image