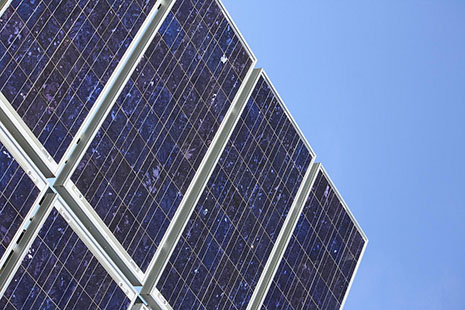 THERE IS A SIMPLE test of just how seriously Kevin Rudd takes his repeated claim that global warming presents the “greatest moral challenge of our generation.” All that’s required is to contrast his spending priorities. The federal government is now likely to give over $25 billion to big polluters to help them keep on emitting during the first five years of the Carbon Pollution Reduction Scheme, or CPRS. Well over $30 billion will be paid to households as compensation for the relatively minor impact of the scheme. This dwarfs the funding announced in the May budget for the clean technologies that are essential to reducing, rather than subsidising, the production of greenhouse gas emissions. The budget’s Clean Energy Initiative allocated $2 billion for carbon capture and storage projects over nine years, $1.5 billion for solar energy over six years and $465 million for all other renewables over four years.

The comparison is even less favourable when it becomes clear that the clean energy funding includes $1 billion left over from existing programs and $2.5 billion snatched from the Education Investment Fund. Nor, with the government committed to imposing a strict 2 per cent cap on the overall increase in government spending to help restore the budget to surplus, is there any realistic chance that this funding will be increased in future budgets. The cap is expected to start in next year’s budget, or in 2011–12 at the latest.

Given that the government has exempted many areas of spending from the cap, including defence, CPRS compensation and welfare, there is almost no way any new funding will be given to renewables. More could have been spent before the cap starts to apply if the government had used part of its anti-recessionary stimulus package to help fund alternative energy projects that were ready to go. Although South Korea devoted almost 80 per cent of its stimulus spending to this purpose, the Australian government chose not to outlay an extra cent on the sector. Instead, it spent over $16 billion to help the building industry via a frenzied rush to construct new school gyms, assembly halls and standardised classrooms.

Barely any genuine educational gains would have been sacrificed if the government had diverted $3 billion to low-emissions technologies in line with the recommendation of its independent adviser on climate change, Ross Garnaut. A highly regarded mainstream economist, Garnaut advised that at least $3 billion should be spent each year to overcome market failure in the development and commercialisation of new technologies to tackle global warming. Apart from energy efficiency measures, clean technology is crucial to cutting emissions; otherwise, most of the downward pressure on emissions will have to come from the old-fashioned government regulation that lies at the heart of the CPRS.

Some environmentalists like to demonstrate their faith in markets by saying that the CPRS will cut emissions by “putting a price on carbon.” In fact, bad policy decisions mean that the cuts will be driven mainly by government regulations imposing a tighter cap on the level of emissions allowed each year. The price of a pollution permit issued under the CPRS could play a peripheral role in creating an incentive to switch to less emissions-intensive consumer behaviour or production processes, but this effect will be greatly diminished by the compensation the government will give to industry and households. Any incentive to switch from petrol and diesel, for example, has been completely obliterated by the government’s decision to offset the cost of a pollution permit for these products with an equivalent cut in the fuel excise.

The government will give over $15 billion to trade-exposed industries during the next five years as compensation for the impact of the CPRS. Because big polluters, such as smelters, steel mills, and cement factories, will receive 95 per cent of the extra cost of the scheme, they will have almost no incentive to change to lower-emissions production processes. In many cases, the existing processes generate waste heat that could be used to produce electricity. But why should these firms bother to install the necessary equipment when the government is basically paying them to keep polluting?

A second category of polluters, including the booming natural gas industry, will receive compensation equal to 65 per cent of the cost of buying a pollution permit. Although natural gas promotes itself as a “clean green” energy source, Rudd surrendered to an outrageous lobbying campaign for compensation based on the implicit premise that it is really a dirty fuel. One consequence is that this compensation severely limits the attraction of using small renewable energy plants as a source of onsite heat for industrial processes.

The government is already committed to giving $4 billion over the next five years to the dirtiest electricity generators, mainly those burning brown coal. There are reputable reports that this figure is about to be lifted to $10 billion. Because these companies aren’t trade-exposed, this huge payment is justified on the grounds that the CPRS will cause the capital value of the power stations to fall. Several observers have noted that governments don’t compensate tobacco companies or casinos for the impact of polices designed to reduce the harm their products do.

One objection to these payments is that the money is not available if a company agrees to create a big cut in emissions by closing down, after allowing a reasonable time for much cleaner plants to come on-stream. Another is that billions will be paid with no requirement to switch to low-emissions technologies. This policy turns the “polluter pays” principle on its head by encouraging a business-as-usual approach. Coal miners are also demanding billions in extra compensation, and are expected to get enough to push the overall level of compensation for industry well past $25 billion over the next five years.

The compensation for households, costing at least $30 billion, is even harder to justify. When fully operational, the CPRS is expected to add about 1.1 per cent to consumer prices when inflation is low. (The GST added over 4 per cent.) This compensation could be halved with barely any impact on household budgets, particularly as various efficiency measures can cut energy bills.

Given that energy plays a highly useful role in society, the aim should be to improve efficiency on the consumption side and switch to lower emissions production technologies. But the excessive compensation, which creates such disincentives to changes in behaviour, and the trivial levels of funding for new technology, work in the opposite direction. This means that the CPRS can only achieve its emissions targets by large cuts in energy use, unrelated to efficiency gains. Although the government loves to talk about how the CPRS will give business “certainty,” it never mentions that an unnecessarily large squeeze on energy consumption will be a near certain outcome.

Garnaut wanted his recommended funding of a minimum of $3 billion a year for low-emissions technology to come from the $13 billion worth of pollution permits expected to be issued in 2012–13, the first year the CPRS is due to be fully operational. But the government has refused to allocate a cent of this revenue for this purpose. Instead, it boasts that all revenue will go to compensate polluters and households.

THIS LEAVES general revenue as the only source of funding for new technology. Because of the 2 per cent cap on outlays, though, no new spending on clean technology will be possible. The compensation paid for the CPRS will force particularly big cuts in areas like education that aren’t exempted from the cap. The spending squeeze would be even tighter if the government were not giving most of its handouts in the form of free pollution permits for industry and a mix of cash and tax cuts for households. The permits and tax cuts have the same adverse impact on the deficit as cash payments, but don’t breach the spending cap.

Almost no new research spending will occur beyond the modest commitment to the Clean Energy Initiative and the small amounts already announced for other programs. Some of this funding is miniscule. The energy minister, Martin Ferguson, has only given $4 million for research into converting algae into biofuels, even though this process has great potential to sequester a significant proportion of the emissions from coal- and gas-fired power stations. A mere $1.4 million has been announced for research into biochar, despite its ability not only to generate renewable fuel from waste vegetation and manures but also to store emissions in a form that can improve Australia’s degraded soils.

If the experience to date is any guide then the available funding for renewables will be dribbled out at a leisurely pace, or not renewed if it is a legacy of the Howard government. Labor inherited a $328 million program to help solar energy replace diesel in remote and regional Australia, but stripped out $42 million and then scrapped the scheme when the remainder of the money ran out. Before the election, Kevin Rudd promised to spend $500 million on a fresh renewable energy program; nothing has been spent to date. Although geothermal energy could provide vast quantities of zero-emissions baseload power at a relatively low cost, only $20 million has been spent on this option – and even this minor amount was diverted from the Energy Innovation Fund, which was supposed to be used for research on photovoltaic and hydrogen energy.

The government defends the paucity of its funding for clean energy technologies by pointing to its Renewable Energy Target, which requires that 20 per cent of electricity will come from renewables by 2020 – up from the 15 per cent mandated by a Howard government initiative. But a mature technology – wind power – is expected to meet most of the target. The rest will probably come from the strange decision to include solar hot water, even though it does not produce electricity.

There would be no problem finding $3 billion a year from the CPRS revenue for new technology if the government had accepted advice to set a limit on the amount of compensation and then let an independent panel distribute it. But Rudd insisted he is good at negotiating with business in what he calls a game of “argy bargy.” He’s not. He always loses. Which mightn't matter, except that the effort to meet the moral challenge of global warming loses out in the process. • 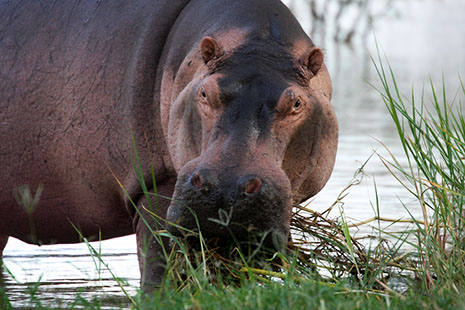