Can an electorally dominant government survive family feuding and a broadening opposition? 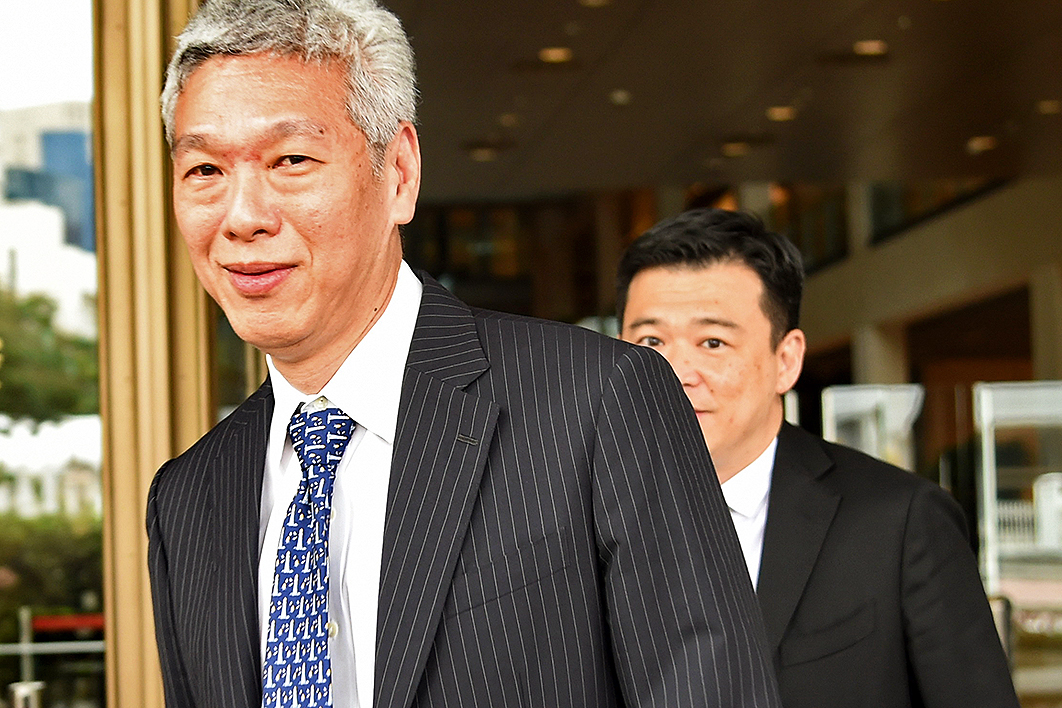 With a new prime minister announced in November 2018 and awaiting formal appointment in 2020, and an election due in 2020 but expected earlier, the next two years seem likely to be pivotal for Singaporean politics. They certainly will be, but not for either of those reasons.

From the moment Singapore gained independence from Malaysia in August 1965, its stability and prosperity have rested on a number of constants. So many of these seemingly immutable features of Singaporean politics are now in doubt that the government faces existential risks not just in the medium term but conceivably even in the short term.

The first constant is the supremacy of the family of Lee Kuan Yew, who led the colony to self-government in 1959 and independence in 1965. At every point since 1959, at least one Lee (and, for a long twenty-one years, two Lees, father and son) dominated cabinet and politics. When Lee Kuan Yew died in 2015, his son, Lee Hsien Loong, had already been prime minister for eleven years. The next prime minister won’t be a Lee, but Lee Hsien Loong is certain to emulate his father’s example and remain in cabinet, and in charge, for years to come. It also seems likely that his son, Li Hongyi, will enter parliament in the next election as part of a generational succession.

Yet since Lee Kuan Yew’s death the Lee family brand has become tarnished and fractured. Even leaving aside the many disappointments of PM Lee Hsien Loong’s period in government, and his manifest political shortcomings, the mystique has been smashed by family squabbles over his father’s legacy and will, and accusations that Lee Hsien Loong and his wife, Ho Ching, are trying to build a dynasty. Since the feud became public in 2016, Lee Hsien Loong has displayed a disconcerting willingness to use the full force of government in his personal campaign against his brother, nephew and sister-in-law, who are variously living in de facto exile and/or facing charges or official investigations. His brother, Lee Hsien Yang, has retaliated by making a substantial donation to the legal fighting fund of a blogger being sued by Hsien Loong.

The second constant has been the internal coherence of the national elite, which has always operated, free of checks and balances, through cabinet, the security services and most arms of government. The raw power of cabinet and government is undiminished, but there are telltale signs that cabinet unity is under strain. Loose talk among Singaporeans suggests that factions now exist inside cabinet; without firm evidence such rumours should be treated with extreme caution, but it is nevertheless clear that cabinet has become a much bigger tent than it used to be. Mild social reformers like deputy prime minister Tharman Shanmugaratnam are following very different instincts from cabinet members who come from a security or defence background, like deputy prime minister Teo Chee Hean.

Moving outside the confines of cabinet, however, signs of disaffection and “almost factions” on the periphery of the national elite are becoming too commonplace to be ignored. In retrospect, it is clear that divisions over the two final candidates for prime minister were unusually acrimonious and serious at the most recent meeting of the 1500 handpicked “cadre” members of the ruling People’s Action Party, or PAP.

Added to that is the fact that the litany of criticism and the divergent visions of former and even current key personnel outside cabinet have now been going on long enough to have become a pattern. The list begins with a former head of the civil service, Ngiam Tong Dow, and now includes a former head of the National Wages Council, Lim Chong Yah, a former chief economist with the Government of Singapore Investment Corporation, Yeoh Lam Keong, and a former director of fiscal policy at the finance ministry, Donald Low, to name just some of the more prominent former insiders. The pattern of carefully worded critiques mixed with robust (and even fearless) criticism is now too well established to be dismissed.

Not so many years ago the government cautiously welcomed such appraisals provided they were worded with sufficient respect and restraint, and many were even published in an elite civil service journal called Ethos. Today, however, the government more frequently resorts to familiar tools of repression: critics get warned off, their employment contracts fail to be renewed, and they are scolded, intimidated and humiliated in public. This says much about cabinet’s growing sense of insecurity, but more salient to the current analysis is the fact that these critiques are not just emanating from political opponents but also from people who either have been at the edge of the elite or, in the case of Ngiam Tong Dow, have spent a career working in the innermost circles of the elite.

These stresses are certainly not the stuff of revolutions, but they do show that divisions and disagreements are festering in the inner circles of the national elite, even if mostly out of public sight and under tight control. Worryingly for the government, many of the criticisms and alternative perspectives surfacing in public impinge on core elements of the national consensus on which the government itself tries to claim the moral high ground: national productivity, administrative leadership and competence, equality of educational and career opportunity, distributive justice for those outside the elite, and intergenerational social planning.

The third threatened constant derives directly from the former point: the national elite has hitherto been entirely successful in co-opting the country’s professional class into its political project. For decades, tertiary-educated professionals kept their distance from opposition political parties and civil society. How the scene has changed. Opposition parties now boast members and candidates with elite CVs: senior civil servants; university professors and associate professors; business leaders; professionals working for multinational companies. And there are more lawyers willing to do pro bono work for civil-society activists than ever before.

The breakdown of the PAP’s monopoly on the loyalty of professionals has been apparent since the beginning of the decade, but it is now a new normal — and one that confirms the degeneration of the core appeal and purpose of both the PAP and the ruling elite. The professional class is the PAP’s most important constituency for the purposes of regeneration and functionality, and it has become indifferent to the needs and aspirations of its erstwhile political patron.

It is no coincidence that the fracturing of the elite’s functional support base has been accompanied by an unmistakable deterioration in the administrative and political competence of the elite over the past decade and a half, with an escalating series of political and administrative crises in areas such as immigration, housing, health and transport.

There can be little doubt that the government faces major challenges in the medium term, but even in the short term it won’t be plain sailing. The PAP is being challenged by a new political party being pulled together by one of its own: Tan Cheng Bock, a former PAP MP who in 2011 came within a few thousand votes of being elected president of Singapore against the government’s own candidate. Tellingly, Tan’s new political venture has been endorsed by Lee Hsien Loong’s brother.

With all this ferment in the background, one might have expected Lee Hsien Loong to have chosen a successor with particularly strong leadership and political skills. One such candidate was indeed available — deputy prime minister Shanmugaratnam — but he was not considered for the simple reason that he is not Chinese. Of the six Chinese men who were shortlisted for the job, Lee chose finance minister Heng Swee Keat, whose main political asset seems to be that he was a favourite of Lee Hsien Loong’s father. And they wonder why they are having trouble holding their base together. •

Michael Barr is an Associate Professor of International Relations at Flinders University and a Fellow of the Australian Academy of the Humanities. He has written or edited six books on Singaporean politics and history. His latest authored book is Singapore: A Modern History (London: I.B. Tauris, 2019) and his next edited book (co-edited with Lily Zubaidah Rahim) is ­The Limits of Authoritarian Governance in Singapore’s Developmental State (London: Palgrave, 2019).