Sixty years in the Gallery 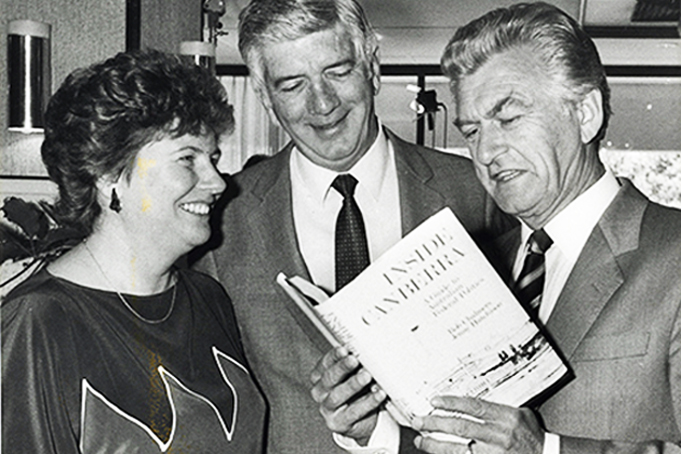 Rob Chalmers (centre) and his former wife and co-author Jenny Hutchison, with prime minister Bob Hawke, at the launch of their book, Inside Canberra, in 1983.

ROBIN Donald Chalmers, an only child, was born in Sydney’s inner western suburbs on Bastille Day, 14 July, in 1929 and duly christened at Chalmers Presbyterian Church in Chalmers Street, Sydney, as delightful a piece of symmetry as his parents, Robin (Bobby), a fitter and turner and champion swimmer, and Janet, the daughter of a NSW country union organiser, could wish for. Forever after, though, their son would be known simply as Rob, as Chalmers became, in his own way, something of an icon in this country’s national political life, even if you’ve never heard of him.

At 9.15 on Monday night this week, a statement was issued to all members of the Federal Parliamentary Press Gallery advising them: “Our longest-serving and much-loved colleague, Rob Chalmers, is very, very ill and has decided to reluctantly retire after 60 years of insightful and independent political commentary and scrutiny. Rob first came to the gallery in 1951 and has been associated with the Inside Canberra newsletter since 1957. He has always been passionate about ideas, policy and politics. The gallery will miss Rob’s determined shuffle along the corridor and his shrewd observations and wisdom.”

It was signed by Phillip Hudson, the gallery’s president and political editor of Melbourne’s Herald Sun.

Sixty years is a very long time. So long that nobody, in any capacity – politician, bureaucrat or journalist – has equalled what Rob Chalmers somehow endured in the nation’s parliament, from the day he attended his first Question Time on 7 March 1951, as a twenty-one-year-old cadet reporter with Sydney’s brash afternoon tabloid, the Daily Mirror, until, aged eighty-two, he “reluctantly retired,” desperately ill, as editor of the weekly, four-page Inside Canberra, sixty years, four months and eighteen days later.

Ten years ago, I wrote an article in the Sydney Morning Herald acknowledging Chalmers’s unique achievement in reaching fifty unbroken years in the press gallery, with all the political history that involved. Now his endurance and love of political journalism has added yet another decade, albeit his last. By Wednesday this week, he was unconscious and not expected to rally; he died on Wednesday afternoon.

Which brings me to “the book.” Over the past five years Rob Chalmers wrestled with an autobiography as well as with the prostate cancer in his system. His book’s title: Inside the Canberra Press Gallery: Life in the “Wedding Cake” of [Old] Parliament House. He finished the final draft only weeks ago. I’m told the Australian National University intends to publish it before the end of the year. A close political friend, Michael Delaney, former adviser in the Hawke/Keating governments, rushed together an “author’s print” copy so that Chalmers could see the finished product from his nursing home bed, but Rob was already unconscious by the time the copy was complete.

I skimmed the manuscript yesterday. It is a rollicking read, full of history and humour and a time in this country’s national life now gone, along with much of “old Australia” and what I think was best in the “old media” of our shrinking newspapers. Rob Chalmers was a man of his time who enjoyed life and a long lunch amidst the camaraderie of close friends as much as he enjoyed the journalism of the political chase; and he was, at the drop of a drink, a wonderful raconteur.

Thus his book is rich in anecdotes. I won’t “lift” any here, for they are best read in context, but a lovely example of Chalmers’s ability to tell a good story is an anecdote I related at the time of his gallery half-century in March 2001. It concerns Ian Fitchett, a former press gallery heavy with the Age and the Sydney Morning Herald, now dead twenty years, and a story that Fitchett and a Herald colleague, George Kerr, were chasing one night in the early 1950s involving a ministerial party-room briefing on proposed new legislation by the Menzies government to establish the Reserve Bank.

To quote Chalmers: “George was stationed at the bottom of the stairs in the Old Parliament House, directly below the government party room. Fitch was up in King’s Hall, near [senior minister] Jack McEwen’s office. The idea was to grab the politicians as they came out of the meeting.

“Well, the meeting ends and George catches a few who’ll talk to him, and he gets a few pars. Then he goes upstairs to see Fitch, and he arrives in King’s Hall just in time to see this senior Liberal backbencher scurrying away, and Fitchett, legs akimbo, his hands cupping his mouth, bellowing across the hall, startling the tourists: ‘You’re a coward and a c—t [Bloggs],’ because the MP wouldn’t talk to him. Anyhow, next day Bloggs turns up at Fitch’s office in the press gallery, Fitch waving him away imperiously, telling him to ‘piss off,’ he doesn’t want anything more to do with him, while the MP is apologising profusely; and the upshot is, for the rest of his political career, this bloke becomes the best Liberal Party leak Fitch ever had.” Ian Fitchett’s acid tongue is a constant in the book.

Along the way of those sixty press gallery years, Rob Chalmers covered the Commonwealth Heads of Government conference in London in September 1962 that saw Britain formally acknowledge the end of her years of Empire by joining the European Common Market; attended fifty-eight Budget lock-ups, from the Country Party’s Artie Fadden in 1951 to Labor’s Wayne Swan in May this year, plus every federal treasurer in between; reported on twenty-eight federal election campaigns and five changes of government; and was anointed by his peers, at various times, as president of the National Press Club and president of the Royal Canberra Golf Club. And he was still furiously writing his weekly Inside Canberra newsletter as recently as its 15 July issue.

Something else you should know. Rob married three times. He has a grown-up son (Rob jnr) and daughter (Susan) by his first marriage to Leslie. He last wed fourteen years ago when he and Gloria, who’d been seventeen-year-old sweethearts in Sydney in the mid 1940s and had kept in touch all their lives, married in 1997. Rob always was an old-fashioned romantic and he and Gloria were together when he lapsed into unconsciousness this week. •

Alan Ramsey’s latest book is The Way They Were: The View from the Hill of the 25 Years that Remade Australia, published this year by NewSouth.

Fathers’ groups claim many children don’t know who their real father is. But what does the evidence say? 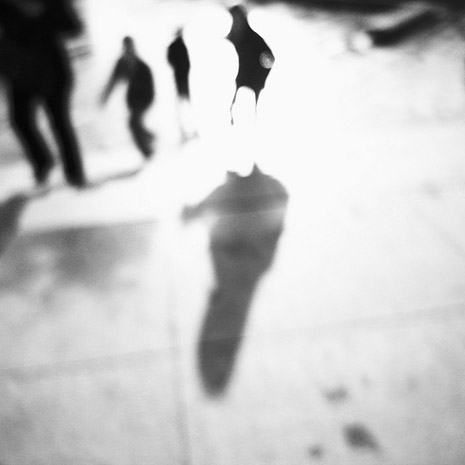