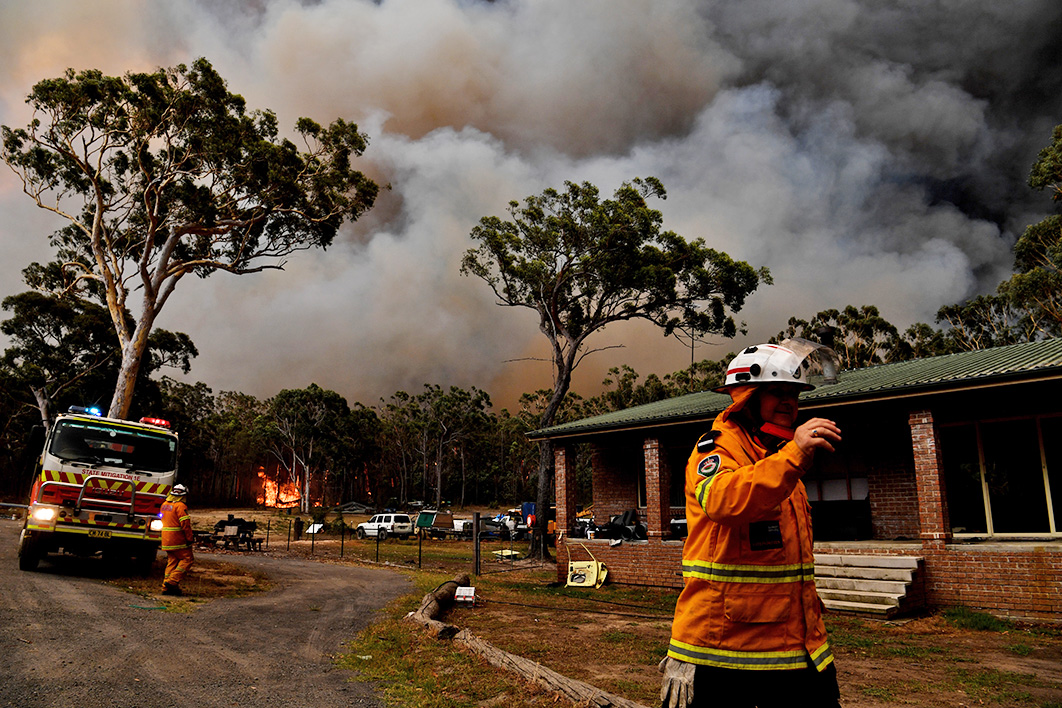 At least eighteen people have already been killed by this season’s bushfires — and, with most of January and all of February still to come, that number is sure to rise. But these dramatic deaths are far outweighed by the hundreds, perhaps thousands, that will ultimately result from the toxic smoke blanketing Australian cities.

The most dangerous component of bushfire smoke are tiny particulates, no more than 2.5 micrometres in diameter, known as PM2.5. Over the past twenty years, studies have shown that high levels of PM2.5 have contributed to millions of premature deaths in highly polluted cities like Beijing and Delhi. Sydney, Canberra and other Australian cities have recently joined this list. In 2016 alone, exposure to PM2.5 contributed to an estimated 4.1 million deaths worldwide from heart disease, stroke, lung cancer, chronic lung disease and respiratory infections.

Even before the current cataclysm, air pollution was a major health hazard. While Sydney’s prevailing average of 6 micrograms per cubic metre (6 μg/m3) is within international health standards, it is above the levels observed in most European and American cities. A study led by the Sydney Public Health Observatory’s Richard Broome estimated that particulates and associated forms of pollution already account for between 310 and 540 premature deaths annually.

As far as can be determined, the mortality and health risks of PM2.5 are a linear function of the level of exposure. Being exposed to 6 μg/m3 every day for a year, for example, amounts to 2190 “microgram days.” Broome and his colleagues’ work implies that each microgram day is associated with between 0.14 and 0.25 premature deaths. This figure is consistent with a range of international studies they cite.

The overall mortality effects are also a linear function of the number of people exposed. That’s why a city like Delhi, with thirty million people and an average PM2.5 of 150 μg/m3, suffers tens of thousands of premature deaths every year.

Since the start of the bushfire emergency, particulate levels have been far above the historical average, reaching an extreme of 250 μg/m3 in Oakdale, ninety kilometres from central Sydney, on 10 December. According to recording stations in Sydney, the average for November and December was 27 μg/m3, more than four times the usual level. That implies somewhere between 160 and 300 additional premature deaths.

But the fires began earlier than November, and Sydney is not the only city they have affected. Many millions of Australians have experienced the impact of the fires, and there is no reason to expect the emergency to end any time soon. It’s quite likely that the total number of premature deaths will be more than a thousand, and possibly more than the 1300 deaths expected on our roads (some of these, tragically, caused by the fires).

Climatic oscillations such as the Indian Ocean Dipole, which have contributed to the severity of the current disaster, are expected to abate over time, so it’s probable that we won’t see a similar disaster next year, and perhaps for a few years to come. But the underlying trend of global heating that made this season so catastrophic isn’t going away. Next time the oscillations are unfavourable, further heating will make things even worse.

Our current approach to dealing with climatic disasters, developed during the twentieth century, doesn’t deal adequately with steadily deteriorating climatic conditions. At a minimum, we need a standing national body, with substantial resources, ready to respond to such disasters as they occur. This would almost certainly wipe out the Morrison government’s treasured surplus, which is why the resistance to any kind of action has been so vigorous.

Even worse than budget fetishism has been the cultural commitment of the government to climate denialism and do-nothingism. The right’s commentariat peddles anti-science nonsense on a par with anti-vaxxerism and flat-earth cosmology, eagerly lapped up by the mostly elderly readership of the conservative press. The government can’t endorse this nonsense officially, so it takes refuge in the idea that Australia accounts for only a small proportion of total emissions (on their dubious accounting, 1 per cent).

But even 1 per cent of the current catastrophe is still a disaster. And just as emissions in other countries contribute to disasters here, our 1 per cent plays its part in fires, floods and other climate-related disasters around the world. No matter how you do your accounting, Australian climate denialism is already costing hundreds of lives, with much worse to come.

We might hope that the scenes we have witnessed would shock our political class out of its torpor. So far, there is little sign of that happening. •

Echoes of revolutions past

“We have to rise to the level of events”: British prime minister Boris Johnson outside 10 Downing Street on the morning after the election. Vickie Flores/EPA 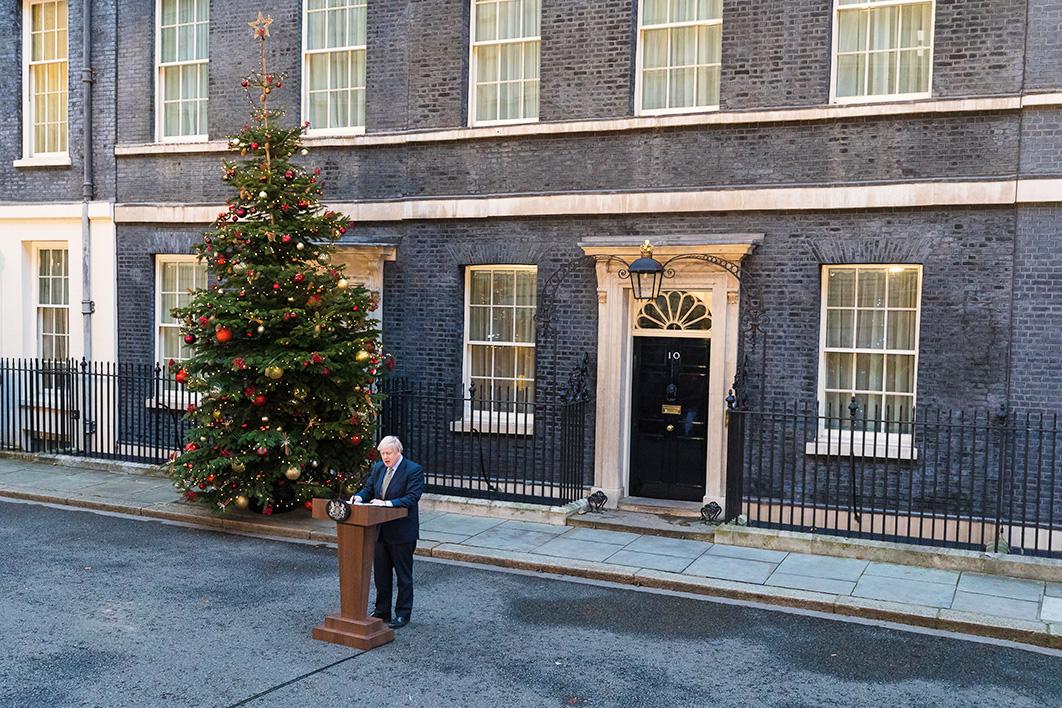 “We have to rise to the level of events”: British prime minister Boris Johnson outside 10 Downing Street on the morning after the election. Vickie Flores/EPA