Soaring above it all 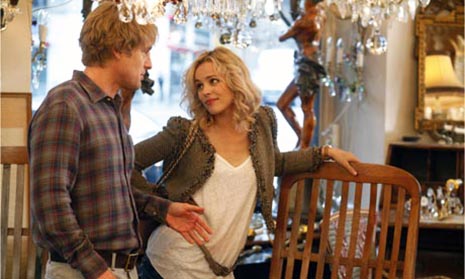 Owen Wilson and Rachel McAdams in Midnight in Paris

IT HAS been said that only the most truly serious artists know how to be properly trivial; because they can slog through the depths, they know better than others how to dance around the surface – Shakespearean comedy comes to mind, a lot of Bach and Mozart, a lot of jazz. Form and style transcend ostensible content, and the work is not to be reduced to statements; but with all that said, there are whole cine-literate cohorts who can’t be persuaded to take Woody Allen seriously. I concede that he’s had his off seasons, but such concessions can only be made when you’ve acknowledged the size and weight of the oeuvre; and the moment you’ve written off some of the recent lesser works (Celebrity, Deconstructing Harry, Vicky Cristina Barcelona) as so much fluff, someone will turn up the nuggets inside them. Confession: I’ve enjoyed all of them. There are always at least a few great lines, clarity of mise en scène and story construction, and pleasure in performance – even if you can’t stand Mia Farrow’s whiny voice.

Midnight in Paris involves a flight across time, much as The Purple Rose of Cairo (1985) allowed Mia to jump the barrier between the cinema screen and her lonely place in the audience, and as Stardust Memories (1980) took a muddle-headed film director into the European cinema of his aspirations (some called that one a New York version of Fellini’s 8½; it was actually a much better film). This time Allen follows a much younger, bumbling alter ego, Gil Pender (Owen Wilson) from present-day tourists’ Paris into a whirling dream of the town in Scott Fitzgerald’s 1920s, with Scott, Zelda, Ernest, Josephine Baker, Cole Porter, Gertrude Stein, Luis Bunuel, Picasso and T.S. Eliot all making appearances, superbly cast and costumed. The legendary past lifts Gil away from the considerable discontents of his twenty-first-century life; he’s engaged, inexplicably, to Inez (Rachel McAdams), a bossy, materialistic blonde harridan, and thus involved with her impossibly conventional Republican parents; he’s harnessed to lucrative commercial scriptwriting, and (of course) wants to soar above it all and write a world-beating novel.

Gil also wants to live in Paris, the Paris of his American imagination – and maybe, when it comes to that, Woody Allen’s; a city that has never known car-burning riots, financial crises and Sarkozy, and never heard of the strikes and insurrections of the 1960s. In that after-midnight dream city, Gertrude Stein is prepared to read the draft and tell him he’s showing promise; he can show Bunuel how well he knows his films; he can dally with the girl who’ll run off to Africa with Hemingway. He’ll then discover how these dancers of the Jazz Age dream of being back in La Belle Epoque, when things really were wonderful; the newcomers to the cultural milieu in every period will be told that they’ve missed the really great days, the time only just gone. In the interactions of past and present, one of the funniest twists has to do with the surrealists, Dali and Bunuel, who have no problem at all with Gil’s claim to be arriving from the future; while the hapless detective – hired by Inez’s father to tail Gil at night – gets hopelessly lost in eighteenth-century Versailles.

As ever, Allen nails the anxieties of the Western culturati, and makes comedy out of the wannabe artist’s shaky grip on the world and on his own identity; while worrying incessantly about his own authenticity, Gil scorns others for pseudo-intellectual pretension. The film’s musicality, lightness and grace allow us to indulge his romantic unease – crazy as they were in those particular 1920s, perhaps their madness had its special grip on truth, while Republican banalities can be consigned, along with temporal logic, to the domain of nightmare. The balletic weavings of the plot are like those of Restoration comedy, but the plot is not the film.

With Midnight in Paris, his forty-first film, Woody Allen has again divided critics and audiences; at least one critic finds him now caught up in shallow self-parody. Others have hailed a “return to form.” He’s never going to make it too easy; some find his array of characters almost wholly alien, company they don’t want to keep, since empathy is clearly precluded. Allen doesn’t ask us to invest in his flitting, anxiety-ridden men, nor in their spiky, unloveable female muses and partners – though a measure of compassion, mingled with comic exasperation, may sometimes be in order (consider Judy Davis’s character in Husbands and Wives). At his most searching, looking at the high bourgeoisie, Allen can open up a space for real moral horror; there’s no darker film in our time than Crimes and Misdemeanours. From the whole forty-one, I’d like a partial retrospective; one taking in the smaller, near-forgotten treasures as well as the essential Zelig: Shadows and Fog for dark, Manhattan Murder Mystery for dark and light together. •

Sylvia Lawson’s next book is Demanding the Impossible: Essays on Resistance, due out in February 2012 from Melbourne University Publishing.

Banks’ returns are almost back to the levels of the late boom years, writes Ian Rogers. But it’s the costs for customers, not profits, that we should be focusing on 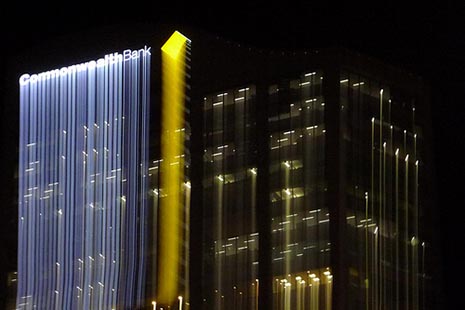