Something somebody wants suppressed 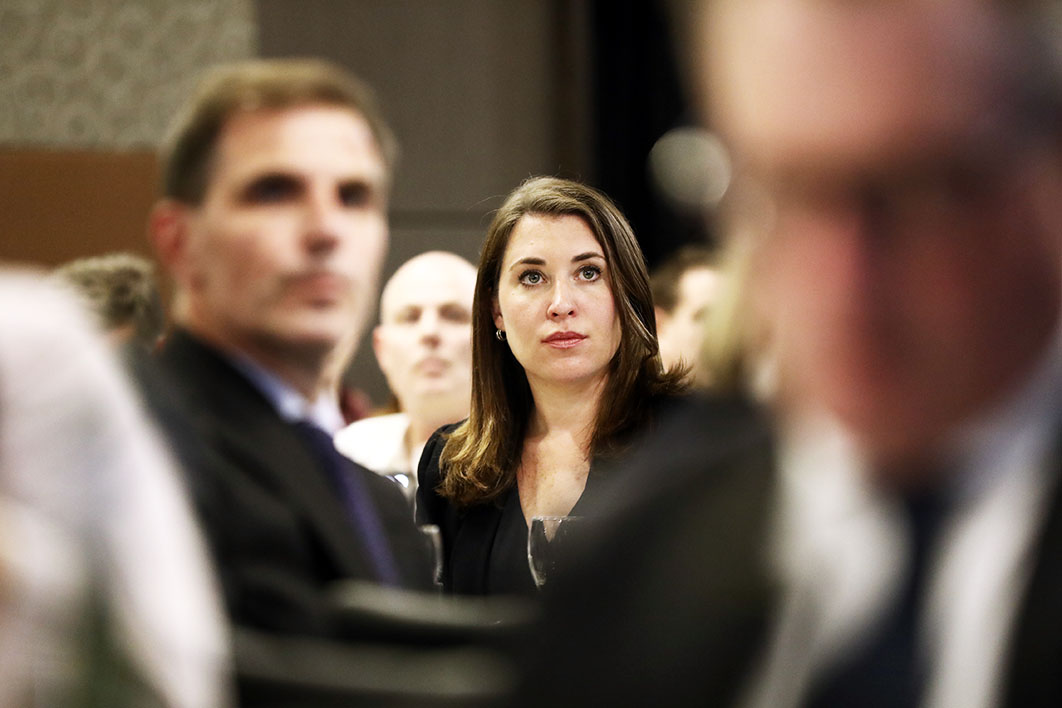 When the doorbell of Annika Smethurst’s apartment rang at 9 on a frosty Canberra morning in June 2019, she was expecting to greet a carpet cleaner named Phil. A red wine stain stood between Smethurst and the possibility of ever reclaiming her rental bond, and even the expert instructions of a “cleaner turned MP” had failed to remove the blemish. But when the News Corp journalist opened the door, Phil was nowhere to be seen. Instead, she was confronted by five Australian Federal Police officers with a warrant to search her home.

Much has been written about press freedom and its virtues. As far back as 1644, John Milton penned a polemic pamphlet, Areopagitica, railing against the censorship of Britain’s publication licensing system. “Give me the liberty to know, to utter, and to argue freely according to conscience, above all liberties,” he demanded. Over the subsequent centuries, the conjoined principles of free speech and a free press became tenets of liberal democracy. In many countries press freedom remained illusory, but — at least in some parts of the world — an uncensored media prospered throughout the twenty-first century.

Today, that progress is faltering. In the past decade, journalists have been jailed or murdered in record numbers. Populist leaders decry “fake news” while police target reporters during protests. Secrecy offences, libel lawsuits and national security laws are being used to silence the press across the globe. Australia is no exception.

Following the raid on her apartment, Smethurst became the inadvertent face of a campaign for greater safeguards for Australia’s press. On Secrets is not a manifesto, but it provides a searing and deeply personal account of the indignity of the raid and a nuanced perspective on the challenges Australians face.

On that wintry Canberra day, the police handed Smethurst a warrant alleging that she may have breached the Crimes Act. The allegations related to her reporting in the Sunday Telegraph that the government was contemplating empowering the Australian Signals Directorate to spy not just on foreigners but also on Australian citizens. The controversial proposal, which remains on the political agenda today, was communicated to Smethurst by a source she refuses to reveal. Its publication would see the journalist’s life turned upside down for almost a year, during which the AFP considered charges and News Corp fought the raid in the High Court.

On Secrets begins with the ringing doorbell, as Smethurst recalls those painful hours in considerable detail. It is filled with dark humour — “the raid had transformed into something of a law-enforcement-style Marie Kondo experience” — but above all a sense of hurt. While the media made much of the AFP searching Smethurst’s underwear drawer, she writes, this “was far from the worst thing to happen that day.”

For seven hours, police rifled through Smethurst’s belongings while she and two News Corp lawyers watched helplessly. The AFP searched personal letters, copied the contents of her iPhone and peeked inside her oven “on the off-chance I had stored secret documents in my grill.” Eventually it was over and Smethurst was left alone as news of the raid began to circulate around the world. “It was still and silent and I cried until I had no more tears,” she writes. “I wanted to hide under my doona so that is what I did.”

These raw recollections are the most compelling element of On Secrets. It is easy to see press raids — along with the exasperated media executives and mute ministers that subsequently appear — as political theatre, just another act of high drama in the crowded 24/7 news cycle. But Smethurst reminds us that journalists are humans, too. Having had her inner sanctum violated, she promptly moved to her partner’s home (“a raid-triggered cohabitation. Who said romance was dead?”), while trying to remain positive about the prospect of imprisonment: “Perhaps I would become a powerlifter.”

The remainder of this pithy book is spent weaving macro observations about the challenges to press freedom in Australia with details of the raid’s aftermath (including, just a day later, the AFP raid on the ABC’s Ultimo headquarters). Smethurst’s commentary on what ails the Australian media — inadequate whistleblower protections, weak protections for free speech, a dysfunctional freedom of information system, draconian anti-terror laws — offers little in the way of novelty. But invigorated by her personal experience, it still packs a punch. “I believe the raid on my home was about more than evidence gathering,” she writes. “It sent a message to would-be whistleblowers not to speak up.”

The question of what to do about this state of affairs is rather vexing. Following the furore over the twin raids, Australia’s major publishers united behind the “Your Right to Know” coalition and ran an unprecedented joint front-page in October. “When government keeps the truth from you, what are they covering up?” the papers asked. The coalition has also set out a list of desired legislative reforms to prevent the progressive criminalisation of public interest reporting.

After some initial debate, though, the campaign has largely gone quiet. “I now know how impossible it is to truly appreciate something until it is denied to you,” writes Smethurst. “But if journalists struggle to get excited about press freedom, it’s an even harder task to rev up the public about the need for greater protections for the press.”

Nor are the courts offering much help. In April, the High Court found that the raid on Smethurst’s apartment was unlawful. While News Corp had sought to contest the constitutional validity of secrecy offences on free speech grounds, Australia’s top judges instead determined the case on extremely narrow statutory grounds, holding that the warrant failed to meet ordinary requirements. It was, as I and other commentators said at the time, a pyrrhic victory for press freedom. The ABC, meanwhile, lost its challenge to the legality of the other raid in the Federal Court.

Although the AFP ultimately determined that they would not be proceeding with charges against Smethurst, the ABC was given no such reprieve for their reporting of allegations of potential war crimes by Australian troops in Afghanistan. A brief of evidence is currently with the director of public prosecutions. In other words, in Australia, in 2020, a journalist faces the possibility of jail-time for reporting on state-sanctioned wrongdoing.

At one point in On Secrets, Smethurst quotes the aphorism, usually attributed to a famous American publisher, that “news is something which somebody wants suppressed: all the rest is advertising.” All Australians should be alarmed at the federal government’s attempts to suppress embarrassing revelations, silence whistleblowers, muzzle the press and shroud its operations in opacity. Australia fell five places in the latest World Press Freedom Index, and monitoring group Civicus rates the country’s civic space as “narrowed.” The degradation of press freedom is not something that happens only in far-off autocratic lands; it is happening here, now, right before our eyes.

It can only be hoped that On Secrets galvanises public concern about the challenges faced by the media, and the threats to Australian democracy more broadly. Recalling the moment that the AFP accessed her iPhone, Smethurst observes, “It might not sound like a hardship and doesn’t deserve comparisons to the horrifying violence inflicted by some countries on journalists, but this was an incredible intrusion.”

A purportedly authorised raid on the home of a journalist certainly doesn’t compare to the extrajudicial imprisonment or cold-blooded beatings faced by reporters in some nations. But press freedom doesn’t die overnight — it bleeds out with a thousand cuts. If Australians are not vigilant, those comparisons will gradually become less outlandish. By then, it will be too late. •

Kieran Pender is an Australian writer and lawyer. He is a visiting fellow at the Australian National University’s Centre for International and Public Law.