A growing movement among US healthcare professionals is arguing that medical treatment can cause more harm than good, reports Melissa Sweet 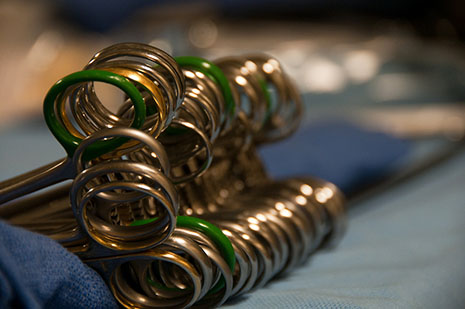 MOST of us have grown up listening to the constant refrain of modern healthcare: the chorus telling us that we should have more tests, more treatments and more interventions – for the sake of our health. But another tune is increasing in volume, urging us to be alert to the potential for people to suffer harm as a result of over-diagnosis and unnecessary treatment. And it is probably no coincidence that the “less is more” riff is taking off in the home of what some call the “medical-industrial complex,” the United States.

Again, it is probably no coincidence that one of its powerful proponents, Rosemary Gibson, has long experience working in patient safety and palliative care policy. These are two areas where the harmful impacts of unnecessary interventions are particularly evident.

Gibson spoke recently at an Association of Health Care Journalists conference in Philadelphia about her experiences at the Robert Wood Johnson Foundation leading a national strategy to improve end-of-life care.

“When we started this work,” she says, “if you picked up a medical or nursing textbook you would never know that a human being ever died. If you never talked about the fact that people die in teaching, then people don’t know how to care.”

Gibson argues that one of the major obstacles to achieving more humane and appropriate end-of-life care is treatment that causes more harm than good. Too often, she says, health care services and professionals don’t know when to stop. Clinicians are often “so busy doing,” she adds, that they don’t recognise the “burden of treatment… We have to respect nature – from that wonderful song, there is a time to be born and a time to die.”

It was when she was researching Wall of Silence: The Untold Story of the Medical Mistakes That Kill and Injure Millions of Americans, co-written with Janardan Prasad Singh and published in 2003, that Gibson began thinking about over-intervention. The book sought to put a human face on the landmark 1999 Institute of Medicine report, To Err is Human, which estimated that between 44,000 and 98,000 people die in US hospitals each year as a result of preventable medical errors.

Gibson says that the three critical dimensions to patient safety, as identified by the Institute of Medicine, are underuse, misuse and overuse. In 2010, she and Singh followed up with The Treatment Trap: How the Overuse of Medical Care Is Wrecking Your Health and What You Can Do to Prevent It, which offers policy-makers and consumers suggestions for avoiding excessive healthcare. Many of the ideas in that book would resonate in the Australian healthcare system.

Apart from the potential for overuse to cause patient harm and waste, Gibson highlights the question of equity. “We’re providing unnecessary back surgeries on the one hand, when there are people in the US who can’t get proper dental care… It’s a complete misallocation of resources.”

Concerns like these are gaining increasing attention in the medical mainstream. In recent months Gibson has been editing a series for Archives of Internal Medicine titled “Less Is More,” which aims to help identify areas of medical care in which harm outweighs benefit. “Our goal is to educate patients, as well as their physicians, so that such medical care can be avoided in the interest of patient health and safety,” the journal says. Articles in the series have examined the harm caused by overuse of diagnostic imaging, proton pump inhibitors, and medicines in the elderly.

In one accompanying editorial, a group of medical researchers who have been at the forefront of “less is more” research, Lisa Schwartz, Steven Woloshin and H. Gilbert Welch (authors of a recent book, Overdiagnosed: Making People Sick in the Pursuit of Health), blame the daily barrage of medical news, public service announcements and advertising for pushing more testing and treatments. “The truth is, most patients would do better with less, not more, testing,” they write.

Another editorial draws attention to the forces driving overtreatment, many of which will be familiar to Australian audiences:

These include payment systems that reward procedures disproportionately compared with talking to patients, expectations of patients who equate testing and interventions with better care, the glamour of technology, the fact that it may be quicker to order a test or write a prescription than explain to a patient why they are not being treated, and of course, defensive medicine.

Another reason is “technology creep.” After a device is approved for use with a high-risk population in which there is a proven benefit, its use often expands to lower-risk groups in which the benefit does not outweigh the risk.

Meanwhile, the “less is more” chorus is pushing for more than a share of the airwaves; they want action.

The National Priorities Partnership, which represents a variety of US health groups and is convened by the National Quality Forum, has nominated overuse as one of its core priorities. It has identified a long list of overused interventions that it suggests should be targeted by health care services and providers, and published information sheets to help members of the public avoid unnecessary interventions.

Given the juggernaut of interests that promote the use of such interventions, it is clear that Rosemary Gibson and other members of the “less is more” chorus have an almighty task ahead.

“It took us a long time to become a system where overuse is pervasive, and it will take a long time to dig ourselves out,” she says. “If we want a financially sustainable system, we have to start digging.” •

Learning how to live 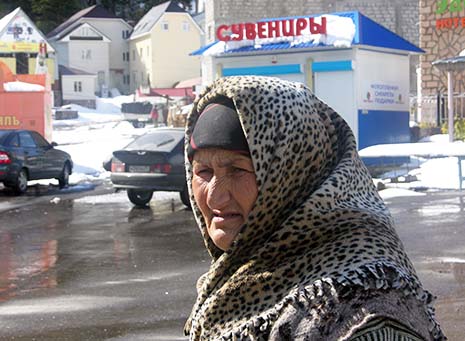