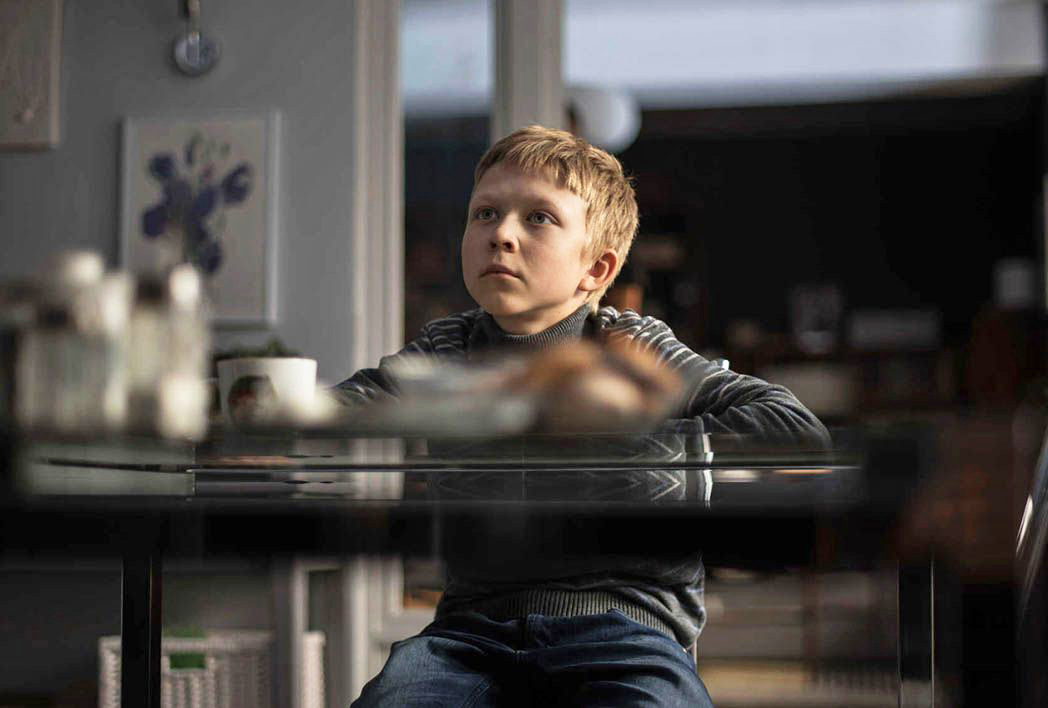 Breath, Simon Baker’s debut feature as director, is a small, delicate film, a coming-of-age movie that does great credit to Baker and his collaborators and honours the work from which it was adapted. Tim Winton’s 2008 novel celebrates the cleansing exhilaration of the surf, the beauty of it, the adrenaline summoned to overcome fear, the gliding calm. And the aftermath, too: that shuddering breath of release, while the body is flooded with wellbeing.

The film, like the book, is about rites of passage: about teenage boys’ friendships, and the way shared experiences entwine affection and rivalry. It’s about the importance of heroes: mentors, gurus, what you will, those adults we turn to as we peel away from our parents, trying to discover who we will be. It’s also about sexual initiation, and learning when to give, and when to walk away. As with the surf, there are risks not worth taking.

Baker and his two cinematographers (Marden Dean does people, Rick Rifici the water) bring a sensuality to the images rarely glimpsed in standard heroic surf footage. A series of amniotic images opens the film as two teenage boys grasp for a sandy creek bottom. Later, the surf in many moods, from boiling to sullen to splendid, keeps drawing us back. It’s visceral. Veteran board-riders may challenge one or two of the big pipeline shots: I’m not one and I was feeling water with my nerve ends.

Baker himself takes the role of the worldly figure who adopts two teenage boys as acolytes. He plays Sando the extreme surfer with his usual nonchalance, and he’s drawn simple, understated performances from the two teenagers he has cast. Samson Coulter as Bruce Pike, “Pikelet,” is particularly good: intelligent, watchful and reserved. It makes his pain and teenage fury the more telling when his trust and admiration for Sando is wounded. Karl Loon, “Loonie,” his more daring friend, is played by Ben Spence with just enough bravado not to swamp the screen. It works.

The sexual initiation in the second part of the film is handled with equal restraint and, possibly, too much discretion. Eva (Elizabeth Debicki) plays Sando’s American wife, a fellow thrill-seeker crippled in a ski jump, whom Sando periodically abandons in search of extreme experiences. “You’re the lone musketeer now,” she tells Pikelet, who feels the pain of desertion. It’s something they share.

I was grateful for the restraint with which Baker handled these scenes — I’m so tired of watching pumping bodies onscreen — but I could have done with less gauze and more actual sweat. Sand even. Sure, we are seeing a grown man’s memories of boyhood initiation, but this is also a film about bodies. There is no awkwardness in these encounters, which also surprised me. All that netting has no doubt won the film its M rating. I wish it well.

By far the most accomplished film out there just now, and the most troubling, is Loveless. It comes heavily garlanded: a Cannes jury prize, a best film at the BFI London film festival, and many critical accolades.

A twelve-year-old boy, Alyosha (Matvey Novikov), goes missing. His parents are getting divorced, and selling their flat. Neither wants custody of the boy, who has overheard their bitter quarrelling, the mother, Zhenya (Maryana Spivak), accusing the father, Boris (Aleksey Rozin), of leaving his mess behind for her to clean up. He has left her for a new partner, whom he wants to marry. Neither has a single kind word for the boy. The father ignores him; the mother, absorbed at one point in her mobile phone, cuffs him when he fails to greet prospective buyers come to inspect the apartment.

“Twelve years old, and no manners,” she snaps.

Neither discovers the boy missing until the school notices he’s not around and phones the mother. She has been out on the town and found a new boyfriend who will give her the attention she craves. The father, meanwhile, is desperate that his marital circumstances not be discovered by his employers, strict Christians.

The search for the boy will take us through snapshots of a society in which greed-based capitalism is booming and old social codes are crumbling. It’s Russia today, with apartment buildings being torn down and new ones quickly erected, clubs, health spas, restaurants and luxury for the wealthy, anxieties about job security for the wage slaves, and runaway teenagers in derelict basements. It could be anywhere. It could be here. A remarkably skilled and efficient group of volunteers that regularly helps search for missing children takes over from the police. Intermittent news headlines about the crisis in Ukraine leaves us in no doubt the film-makers want us to see all this as metaphor.

Andrey Zvyagintsev and screenwriter Oleg Negin have now made three state-of-the-nation films about Russia. I admired their 2014 Leviathan, a portrait of a small town in which everyone, including the Orthodox priest, was corrupt (though a Korean colleague did suggest to me that it appeared to have been scripted by algorithm).

Their first film together, Elena (2011), looked at the social distance between a low-paid nursing aid and a wealthy old man she cares for. They marry, her life is much improved — and then he won’t help her financially when her son needs money. Everyone in this film is ruthless. Elena solves the problem ruthlessly. There aren’t many nice people in Zvyagintsev and Negin’s films.

Something more, though, nagged me after I first saw Loveless, and it undermined the monumental sense of tragedy it evokes. So I saw it again. And then again this week. I just couldn’t believe in Zhenya’s heartlessness.

Ostensibly even-handed (the father is ineffectual, sly and worried about status), this is in fact a film about the mother. Zhenya’s backstory emerges after a horrific visit to her own mother, a Stalinist hag who wanted her daughter to have an abortion. “I told you I wouldn’t babysit your brat,” she hisses.

Zhenya, it seems, has married to get away from home. She didn’t want the baby either. Now she wants a life of her own, a different, “modern,” privileged life, and she is willing to use sex to get it.

Poor Mother Russia. She was useful to the tsars as a mystical maternal symbol of nationhood. The early Bolsheviks invoked her too, until the Leninists invented sterner, square-jawed social-realist icons. Now she’s absconded, abandoning her maternal duties to go clubbing. She wants massages, selfies with her girlfriends, and a good time in bed with a partner who wants her alone. As a metaphor for social crisis and moral decay, this is trite. There is little compassion in it.

Loveless is certainly a film to see, offering more to think about than anything else in current cinema. You may well doubt my reading, but the final scene seems to me to spell out exactly what the film-makers intend. •

An end to the industrial model of schooling?

The latest Gonski report points a way to the future of school reform, but has not broken with its disastrous past 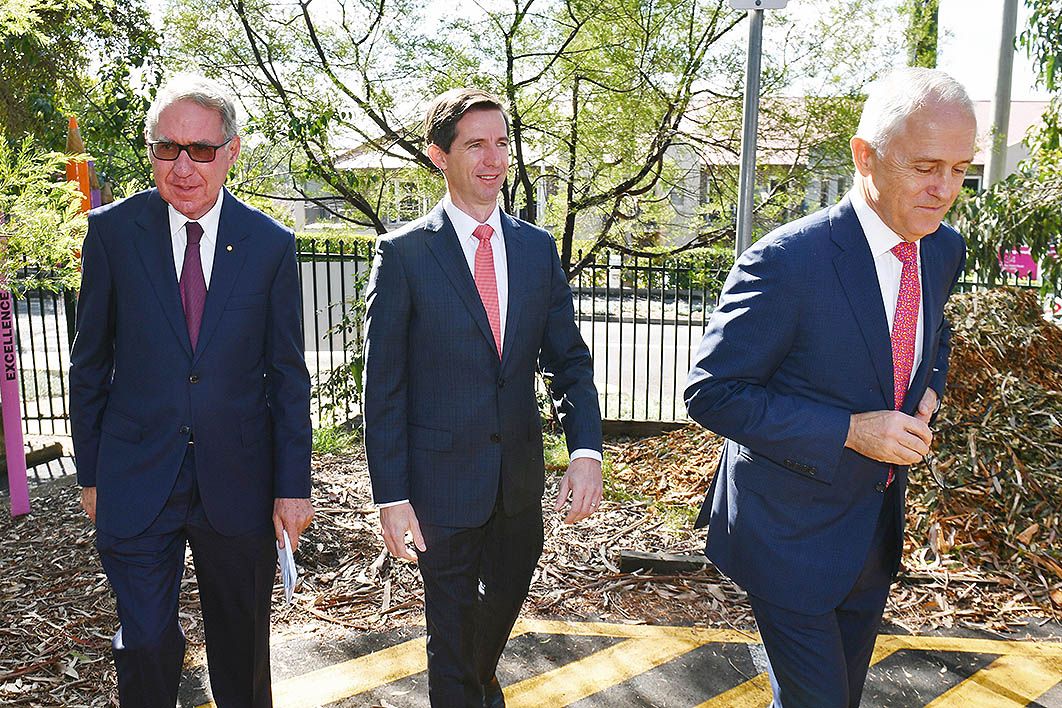