The federal government is so anxious to avoid debt that it’s endangering its main priorities, writes Brian Toohey 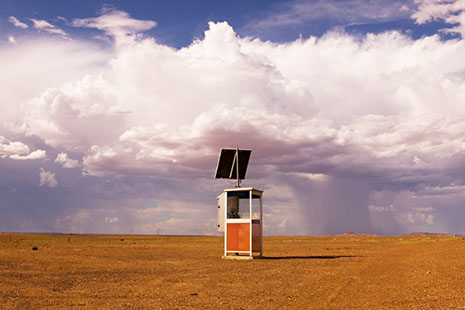 KEVIN RUDD is so spooked by his opponents’ crude campaign about the evils of government debt that he has abandoned the three big commitments he was so passionate about during the 2007 election campaign. He promised to invest heavily in productive new infrastructure; deliver an education revolution; and treat global warming as the “greatest moral challenge facing the nation.” But the path he has chosen to restore the budget to surplus and eradicate all net government debt will relegate these goals to bottom of the Labor government’s priorities. Good things will still happen, but not to anything like the extent possible.

The message is yet to sink in that the cap being imposed on government spending to eliminate the deficit and debt will disproportionately squeeze funding for infrastructure, education and low emissions technologies. Real growth in these areas will be restricted to below the overall cap of 2 per cent a year – perhaps to as low as 1 per cent – to offset exemptions that allow defence and most welfare spending to grow at a faster rate.

The 2 per cent cap will apply once economic growth exceeds its trend rate of 3.5 per cent a year. According to the budget papers, this will happen in 2011–12, when growth will rebound to 4.5 per cent. It will stay there in 2012–13, and will then be followed by four years of 4 per cent growth. Combined with a recovery in revenue, the cap on overall spending is expected bring the budget back to surplus in 2015–16 and net debt to zero by 2022–23.

Bringing the budget back into surplus is fine. So is spending restraint, provided it is accompanied by serious attempts to repair the huge hole blown in revenue by the collapse in the commodities boom and the onset of the recession. But the commitment to reducing net debt to zero by around 2022 is bad policy.

The government can achieve a surplus budget without jettisoning its previous commitment to spending with clear economic and environmental benefits. All that is required is a re-ordering of the budget’s spending priorities and a rejection of notion that it is wrong to fund the acquisition of long-term assets with debt.

Contrary to the popular fears that dominate Rudd’s reaction, mainstream economists regard manageable levels of net government debt, unlike deficits, as acceptable in the longer term. Apart from bringing forward desirable investment, borrowing for productive purposes such as improved transport infrastructure has the advantage of spreading some of the costs to future beneficiaries.

The budget relied on money already in the Building Australia Fund to allocate a relatively small $5.6 billion for transport infrastructure over the next four years, with another $2.4 billion to follow. Some of this money is simply for pre-construction studies, and there is no indication that funding for construction will be available as the cap begins to bite.

Although detailed studies need to be done by Infrastructure Australia, it seems clear that worthwhile returns could be achieved by spending at least $100 billion on transport alone. The private sector might contribute, although the serious problems exposed by previous public–private partnerships will need to be overcome. Even then, it is hard to see how the infrastructure projects could go ahead without continuing funding involving government debt.

Net debt is due to peak at around $200 billion — or 14 per cent of gross domestic product — in 2013–14. This is well below the expected average rate of 80 per cent among major OECD economies. Once net debt is reduced to between 5 and 10 per cent of GDP, there is no justification for taking it any lower while productive investment opportunities exist.

Although the budget papers boasted about committing $4.5 billion to a new Clean Energy Initiative, only $1 billion is new money. The rest comes from existing funding and from ripping $2.5 billion from the Education Investment Fund. There is no requirement for this money to be repaid to the EIF. Excluding new spending on solar, renewable energy will only get an extra $100 million in new money. The $4.5 billion, which includes $2 billion for cutting emissions from coal, will be spread over as many as nine years.

This amounts to an average annual outlay of around $600 million, compared to the $3 billion per year the government’s independent climate change adviser Ross Garnaut recommended should be spent on researching, developing and deploying low emissions technologies. The reason spending is so low is that the government will return every cent it raises from auctioning emissions permits under its proposed Carbon Pollution Reduction Scheme as compensation for business and households.

Although Garnaut wanted at least $3 billion a year to go to green technologies from the auction process, not a cent will be available. At least $9 billion of the $12 billion in compensation promised for the first year of a fully operational scheme is extraordinarily hard to justify. If $3 billion went on new technology and $3 billion on compensation, an extra $6 billion could be spent on education and infrastructure without impeding the budget’s return to surplus.

Although spending on broadband will exceed the campaign promise, the budget provides only about $4 billion from existing infrastructure funds for capital outlays on hospitals and education. Most is due to be spent over the next four years. Again, there is no indication of how any new spending will occur after the cap is in place. The government is spending an impressive $14.7 billion on upgrading schools, however, as part of its one-off stimulus package announced in February, with the great bulk to be spent over the next two years.

The government is spending a separate $1.9 billon over the four years on literacy, numeracy and other programs. Even so, total funding for schools (excluding the one-off capital works program) will increase by an average of less than 1.5 per cent a year in real terms until 2012–13. Estimates of the annual increases in funding per university student range from zero to 1 per cent over the next four years. Operating costs are expected to rise by about 3 to 4 per cent a year.

Other areas of the budget are locked into stronger growth. Assistance to the aged is due to grow by a real annual rate of 4.4 per cent over the next four years. Indexing arrangements will help ensure that it continues to rise at close to this rate compared to the overall cap on government spending of 2 per cent. Defence has been guaranteed an annual real rate of increase of 3 per cent over the next ten years.

IF THE RUDD government wants to free up more funding for education, infrastructure, and green technology, it could cut welfare spending for people earning more than the median full time wage, which is a little over $40,000 a year. Apart from direct outlays, expenditures on tax concessions are projected to grow at the same rate as the economy, reaching $83.5 billion in 2012–13. The biggest slice ($30.7 billion) is for the concessions for superannuation. A leading actuary, Darryl Wickham, estimates that 45 per cent of the value of these concessions goes to the top 10 per cent of income earners.

The budget trimmed the upper limit on the concessions for the top 2 per cent of contributors. But it didn’t touch the rort that allows people who continue working full time after age fifty-five to reduce their tax to 15 per cent by claiming a “transition-to-retirement” pension. Nor did it reverse Peter Costello’s reckless decision to remove all tax from super payouts after age sixty.

Even more puzzling, the government reversed a decision in last year’s budget to count tax-free income from super in the means test for access to highly subsidised drugs at $5.30 per prescription. Younger people still slogging away in the workforce on much lower incomes have to pay $32.90. The upshot is that multi-millionaire retirees will still be able to get drugs for $5.30, but spending on what was once Rudd's top priorities will be capped at less than half the rate of economic growth. •