Steering blithely towards the rocks 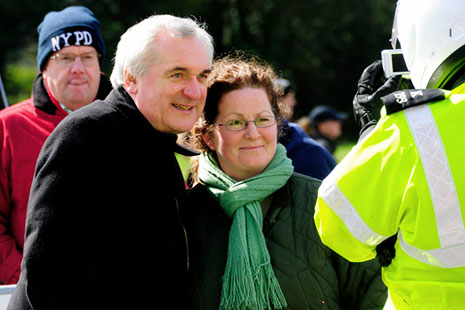 Bernie Ahern, the Taoiseach who presided over the boom, poses for a photograph as the downturn begins to accelerate in May 2008. Andy Hares

Ship of Fools: How Stupidity and Corruption Sank the Celtic Tiger
by Fintan O’Toole | Faber | $35

If you want to understand the disappearance almost overnight of the Celtic Tiger, why Irish property prices dropped by up to 50 per cent, why unemployment is hovering round 12.5 per cent and why Ireland’s banking system collapsed leaving the Irish state mired in debt, then Fintan O’Toole is your man. A journalist with the Irish Times, he has produced a series of brilliant books over the past two decades analysing the culture, politics and economy of contemporary Ireland. Part historical analysis, part polemic, part cultural critique and part economically literate investigative journalism, books such as Meanwhile Back at the Ranch: The Politics of Irish Beef, After the Ball and now Ship of Fools reveal a hard greed in Ireland’s political and business elites and a capacity for deception of both themselves and others that is truly astonishing. I read Ship of Fools with breathless incredulity at the brazenness of the scams and the conspicuous consumption that have robbed so many Irish people of their futures, and at the ultimate lack of reckoning for the perpetrators or the institutions that allowed them to prosper.

When my family and I lived in Ireland between 1998 and 2000, the Celtic Tiger was on everyone’s lips and the Irish had never had it so good. Like the world economy, Ireland had started to pick up speed in the mid 1990s, though off a very low base. In the late 1980s young Irish people were still leaving the country in droves to find work; by the late 1990s few were leaving and many were coming back into an economy hungry for their skills and energy. It is hard to describe how important this was in lifting the spirits of a country that for two centuries had pushed so many of its people onto immigrant boats and planes. Older people commented on the changed look of the place, with so many young people around; and for a few years Dublin was a must-see on the itinerary of global backpackers. But many also shook their heads at the exuberance and predicted a crash. They remembered the brief economic good times of the 1960s and the grey years that followed; and most didn’t trust the government not to blow it.

Bertie Ahern, the Taoiseach who presided over the boom, came to power in 1997 when money was already flowing into the state’s coffers. He and his government faced a unique opportunity, argues O’Toole, to invest in the creation of a decent society and a sustainable economy. Instead, “they allowed an unreconstructed culture of cronyism, self-indulgence and, at its extreme, of outright corruption, to remain in place. They turned self-confidence into arrogance, optimism into swagger and aspiration into self-delusion.” In the last years of the century a series of inquiries uncovered this recent history of bribery and corruption, including the bribing of Dublin city councillors and a key planning official over land zoning. It looked as if the perpetrators might be held accountable. As O’Toole says, these crimes were not unique to Ireland. Australian state politics is certainly no stranger to such revelations. What was peculiarly Irish, however, was that virtually nothing happened as a consequence of the various revelations. In some cases the parliamentarians who had been exposed received an even higher vote at the next election.

O’Toole’s book operates on two levels. The first is moral exposé, as he tells tale after tale of stupidity and self-delusion in alliance with corruption and an eye for the main chance. The Irish elite bought the neo-liberal orthodoxy that it was the rich who created wealth: if you wanted Ireland to keep getting wealthier, then you had to be nice to rich people. Just how nice the government was to the rich is truly mindboggling, as two examples show. The Deposit Interest Retention Scheme gave non-residents tax exemptions on their interest earnings. Soon, the number of non-resident accounts was very high – 17 per cent of all Irish-held deposits, in fact – and it’s not hard to see why. Well-off locals, particularly in rural areas, were simply walking into banks and claiming to be non-residents to bank officials who knew quite well that they weren’t but didn’t want to lose their custom to the bank down the road. The Ansbacher scam, meanwhile, was being used by the elite rich – including the former Taoiseach, Charlie Haughey – to put money in offshore accounts and then borrow it back, claiming tax relief on the borrowings. (Haughey, the doyen of corruption, accumulated about 45 million euros during his official career, 171 times his salary payment as a full-time politician, much of it delivered in brown paper bags.)

Just as the property boom was delivering super profits to developers and the owners of the “land banks” round Dublin (swathes of agricultural land bought up in anticipation of rezoning as residential) the capital gains tax was reduced and loopholes created to allow the super rich virtual immunity from taxation if they chose, which many of them did. Many of Ireland’s richest citizens chose to become non-residents under very generous provisions that allowed them to operate their businesses in Ireland and live there a good deal of the time.

EVERY COUNTRY has crooks and chancers, but two things are astonishing about the Irish experience. First, that the crooks were so highly placed, that much of what was going on was known, and that virtually nothing was done about it. Second, that the corruption was not just about a crateload of individual bad apples but was allowed to undermine the integrity of core institutions, in particular the banking system – from the local bank manager who colluded with customers to avoid tax to the failure of the Central Bank or the Department of Finance to pursue cases. Lax standards of financial integrity and weak and intermittent regulation affected other financial institutions as well, including the insurance industry. John Houldsworth, whose fictional accounting at FAI contributed to the collapse of Australia’s HIH Insurance group, was barred from the Australian securities and insurance industries for life. The Irish regulator was informed, but chose to do nothing and Houldsworth was left free to pursue more scams, which he did.

The scams, the stupidities and the crass hubris, all told with O’Toole’s characteristic economy and wit, make for a page-turner of a book in which greed triumphs and triumphs again. The title comes from the most powerful satirist ever of corruption in Irish life, Jonathan Swift:

We used up all the wealth we had
To build a ship for fools and mad
And knowing it proof against all shocks,
Steered it blithely towards the rocks.

O’Toole’s second level of analysis is to try to explain why corruption is so entrenched in the Irish political and financial elites. This makes the book a powerful piece of contemporary history. His explanation, which he has developed in others of his books, is that Ireland went straight from pre-modernity to post-modernity, skipping the crucial stage when the habits of modern democracy developed: a robust, widely shared public and civic morality such that politicians and public officials found guilty of corruption would be shamed and punished; a commitment to the rule of law to underpin the operation of the state, including an impersonal rule-bound distribution of resources; and the capacity to distinguish the general and public good from one’s own self-interest. Instead, Ireland has the clientalist political culture of a pre-modern agricultural society in which large sections of the population believe that the main job of their local parliamentary representative is to extract for them individualised benefits from government and provide protection from such predations as taxation and speeding fines.

As O’Toole observes, Britain’s long and oppressive colonial rule reinforced the Irish tendency to see the state as somewhat detached from society, and so to blur the fact that the real victims of public corruption and tax evasion are one’s fellow Irish citizens, as if tricking the state is a form of nationalist rebellion. Britain’s historic role as the cause of all Ireland’s woes also provided the super rich with a perverse narrative of victimhood in which their greed, by providing Ireland with its very own global aristocracy, was really an expression of deep patriotism. It really was grand to have Irish people in the old Ascendancy big houses, or buying up fields once owned by English earls to build tax-subsidised housing estates. A pre-industrial obsession with land meant that it was both the coin and the prize of wealth creation, with little left to invest in the postmodern high-tech industries supposedly fuelling the Celtic Tiger.

O’Toole is very good on the way the new elite took on the trappings and the habits of the new globalised celebrity culture, and the skill of Ahern in creating the character of “Bertie,” the affable tabloid celebrity who presided over Ireland’s booming prosperity while keeping a firm hand indeed on a very old-fashioned clientalist political machine. He is also very good on the social patterns that keep this all humming along and make it very hard for anyone to change the tune. When I was in Ireland I felt at times that I was doing fieldwork in the eighteenth century, as people regaled me with stories – often years after the event – of how this one and that had got this or that post, the rivals cut out, the patronage deployed, the collusions and the pay offs. In a country with few well-paid posts and endemic emigration the stakes of losing in these contests were high, and people held their social connections tight. They were crucial resources for those trying to get in, and they were the rewards of power for the winners. Ireland is small, its population of 4.5 million considerably lower than Victoria’s 5.3. The elites overlap and there has been little immigration to confuse the networks. When businessmen and politicians were exchanging favours, it was very hard to stop. And it wasn’t really worth anyone’s while to try. It is not so much that people would be punished for the attempt – they would simply be ignored, or invited over for a drink.

O’Toole’s is a pessimistic book, not so much cynical as fatalistic. He has spent two decades, in his books and in his articles in the Irish Times, exposing and analysing the deep flaws in Irish political culture and their consequences for the lives of ordinary Irish people. Civic morality, as he says, is not absent in Ireland, and he is evidence of it. But it is fragile and not widespread. He ends with the hope that perhaps the boom’s collapse will be so painful and the elites who brought it on so discredited that political and financial institutions will be rebuilt on the basis of a shared commitment to public good, on habits of personal integrity and on a robust sense of the limits of the possible. But there isn’t much to support this hope beyond the master narrative of learning one’s lessons. Still, this is not the book’s main purpose, which is to expose and explain the fall. And it does this superbly. •

Judith Brett is professor of politics at La Trobe University.

Why is Google buzzing?

Buzz brings Google closer to its goal of tracking every step we take, writes Vivienne Waller 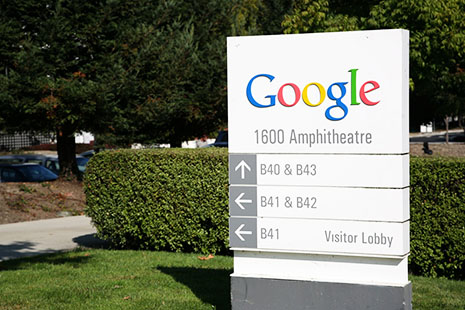