Step one, a liveable income

Unlike the proposed tax cuts, there’s a guaranteed way to stimulate the economy 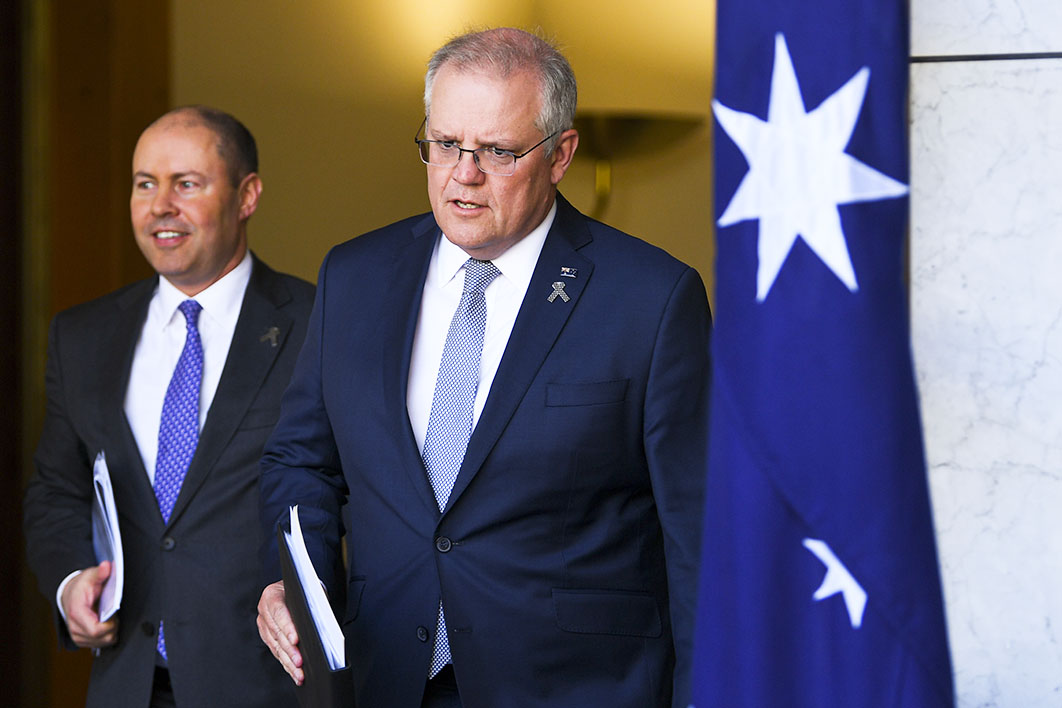 Like most of us, the Morrison government is having a lot of difficulty adjusting to the post-pandemic world. On the one hand, there’s the temptation to assume that everything will soon be back to normal. On the other, there’s the recognition that the world has radically changed, and that the pandemic has in many respects simply accelerated processes of change that were already plain.

These contradictory impulses are evident in the government’s economic policies. Having abandoned its denunciation of fiscal stimulus back in March, the government has now, of necessity, dropped the idea that budget deficits are a sign of poor economic management. Whatever choices are made in next week’s federal budget, we can be certain that the outcome will be massive deficits for years to come.

But the government must also do something about its planned tax cuts, legislated years in advance, which were rationalised by projections of a decade of surpluses. Always dubious, those projections are now entirely fanciful.

At this stage, the budget appears likely to include an acceleration of the stage two tax cuts legislated for 2022, rebadged as a fiscal stimulus measure. This would be a mistake for a number of reasons.

First, unlike stage one, the stage two tax cuts give most of the benefit to above-average income earners. The largest cuts (expressed as a percentage of income) go to taxpayers with individual incomes above $120,000 a year, or 135 per cent of average full-time earnings. The stage three tax cuts, legislated for 2024, are even more skewed in favour of high incomes.

The second problem arises from the attempt to rebrand these tax measures as a stimulus while cutting back JobSeeker and JobKeeper. The crucial feature of the pandemic is that many businesses have been forced to close, and workers left unable to work, because of measures to stop the virus spreading. Income support has allowed businesses to pay their bills, including wages, and permitted unemployed workers an income sufficient to live on. All, or nearly all, of this support has been reflected in higher spending.

By contrast, the main impact of the pandemic on higher-income earners has been to reduce opportunities to spend. With their incomes mostly unaffected, they have increased their holdings of cash and paid down debt. They already have plenty of untapped spending capacity, so a tax cut would be unlikely to stimulate more demand.

Most importantly, the pandemic has exacerbated basic problems in our society. Inequality, already increasing before the pandemic, has become substantially worse, and a period of high unemployment — with all its effects on individuals and households — will compound the problem.

In these circumstances, rather than rewarding those who have already done well, we need to fundamentally reorient our income support policies for those who are unable to find stable paid work in the modern economy, or whose other commitments prevent them from doing so.

In a recent ANU Policy Brief, Tim Dunlop, Jane Goodall, Troy Henderson, Elise Klein and I have suggested that the problem could be tackled within the current budget framework by creating a Liveable Income Guarantee. Under this plan, a payment equal to the age pension, and subject to the same asset and income tests, would be extended to everyone who is willing to make a contribution to society consistent with their capacity to do so.

Those contributions would be broadly defined to maximise the opportunities for inclusion. Examples include full-time study, volunteering, caring for children and starting a small business, as well as job search.

Unlike some proposals for a universal payment, this policy would be relatively inexpensive, perhaps as little as $20 billion a year. This is comparable to the budget cost of the tax cuts legislated in advance and now proposed for accelerated delivery.

In addition to the Liveable Income Guarantee, a wide range of measures could be used to provide short-term stimulus more effectively than tax cuts. Measures supported by the great majority of Australian economists surveyed this month by the Conversation include spending on social housing and education. Economists also support a permanent increase in unemployment benefits, which is the first step in our Liveable Income Guarantee.

Having survived the worst of the pandemic so far, it is crucial that the government chart a course for a positive future. Measures such as accelerated tax cuts represent an unsustainable attempt to restore the policy priorities of the pre-pandemic era. •

A story of the twentieth century

Books | The second volume of Dunera Lives profiles eighteen of the “Dunera boys,” each remarkable in his own way

Behind the wire: internees peeling spuds, probably in the Hay camp, as depicted by internee Erwin Fabian, c 1940–41. © Estate of Erwin Fabian 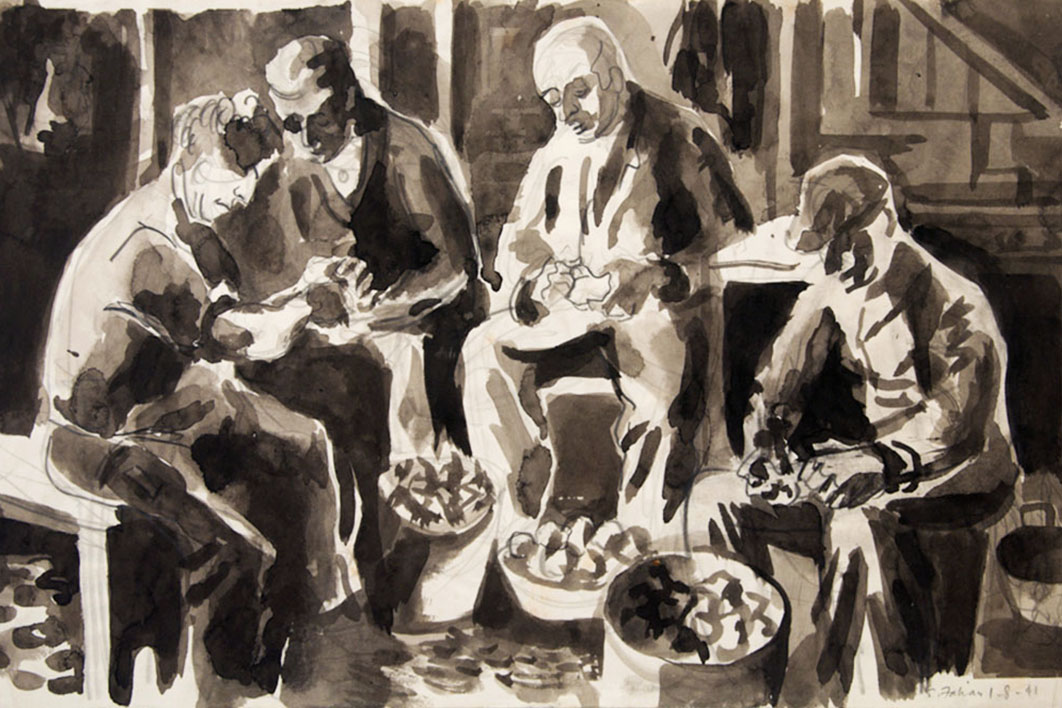 Behind the wire: internees peeling spuds, probably in the Hay camp, as depicted by internee Erwin Fabian, c 1940–41. © Estate of Erwin Fabian