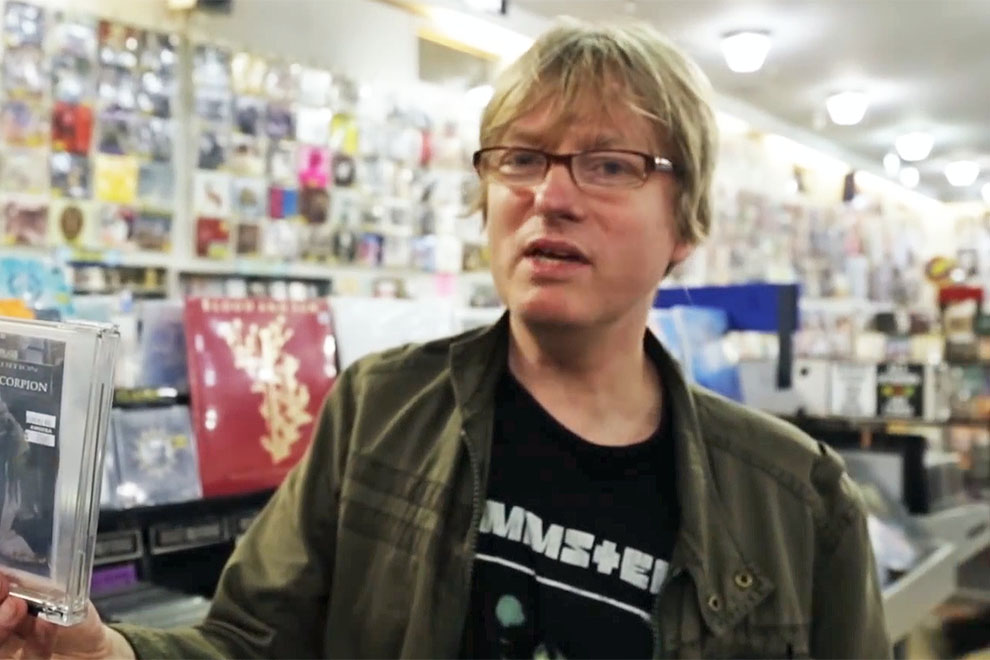 The Book of Strange New Things
By Michel Faber | Canongate | $29.99

Australians are quick to claim as their own anyone with an Australian connection who achieves international fame, but the novelist Michel Faber so far appears to have slipped the net of our national pride. Born in the Netherlands in 1960, he came to Australia with his parents in 1967 and spent the formative years of his life in Melbourne, graduating in Arts from Melbourne University in 1980. By 1993 he had settled in Scotland, where his first collection of short fiction was published five years later, so he is officially known as a Dutch-born Scottish writer. Such is the transnational culture we live in.

Faber’s literary education is evident in all his fiction. The Crimson Petal and the White (2002) reconsiders the Victorian world presented by a host of Victorian novelists, including Dickens, Trollope and the Brontës, as it examines the underside of Victorian sexual life from a decidedly feminist perspective. Though his novels don’t have the controlled coincidences and neat endings of a nineteenth-century novel, Faber’s narratives uncover mysteries in a tantalising way, and leave a few to puzzle the reader. Each of them has attracted appreciative audiences – particularly Under the Skin (2000) and The Crimson Petal and the White, which have been filmed as dramas. The BBC television production of The Crimson Petal and the White (2011), starring Romola Garai, Chris O’Dowd and Gillian Anderson, received awards and good reviews but, so far, has not been shown on free-to-air in Australia. There is no particular reason that it should be, apart from its apparent quality as drama. And none of Faber’s novels would be eligible for the Miles Franklin award; they make only incidental reference to Australian life.

Regardless of our national sensitivities, his latest novel, The Book of Strange New Things, deserves our attention for its mesmerising narrative and extraordinary emotional power. Ostensibly a work of science fiction, it narrates the experiences of Peter, a recovered drug addict and Christian minister sent to an outstation on a faraway planet by USIC, a multinational company. He discovers that the natives of the planet, called Oasis, have been introduced to the New Testament by an earlier missionary and a condition of their cooperation with the company is the provision of a new spiritual leader, namely him. The New Testament is the Oasans’ “book of strange new things,” as this novel is ours.

Peter has left his beloved wife Bea behind on Earth with their cat, and can only contact her by an unreliable interplanetary internet called the Shoot. As he becomes increasingly absorbed into the lives of the Oasans, Bea grows more urgently desperate about developments on a rapidly declining Earth. As Peter’s engagement with his home planet gradually fades away, her news from Earth has a strange familiarity – tsunamis and floods, corporate collapses, riots in the streets of London, garbage strikes and power failures. Peter finds it increasingly difficult to write so much as a basic message down the Shoot.

There is no authority figure on the USIC station; it works as a techno-democracy with the workers’ mutual agreement on tasks and actions. In that sense it may be seen as a utopia, cheerful and efficient. But it is a society reliant on a dead culture: Frank Sinatra “smarming” through the PA system, magazines that contain no news, Laurel and Hardy posters on the walls. In this place cut off from the passing of time, the workers resist written communication. All the food consists of artificially flavoured plant matter, and there is no image of natural life on Earth to be seen. It is a friendly but loveless limbo.

Peter’s fellow USIC workers reveal themselves to be lost souls – people without relationships or beliefs to sustain them; Peter is unique in his connection with Earth through his devotion to his wife, and his faith in Christianity. The Oasans, on the other hand, have strong relationships and rituals. Their problem is their awareness of their own mortality; their bodies don’t heal when damaged and they rely on the new settlers for medicines. The Oasans want earthly assistance for both their bodies and their souls.

Though individual Oasans are difficult to distinguish, and their sex almost impossible to tell, Peter learns to recognise them and is increasingly drawn to one of them, whom he thinks of as female. He begins to care for a woman co-worker, too, and he finds himself unable to communicate his complex emotional development to his increasingly desperate wife on Earth. There is a clear temptation for him to go native.

Faber makes the Oasan landscape and its inhabitants strange and wonderful, describing its climate and atmosphere in images that make its desolation beautiful, and the dialogue between Peter and his unbelieving fellow-workers is self-conscious and often witty. It pulls the novel back from any suspicion that it is proselytising for religion. Here is Peter marvelling at the Oasans to his colleague, the unbelieving Grainger:

“All along I’ve been telling myself I mustn’t assume the human design is some sort of universal standard. So I was trying to imagine… uh… big spider-like things, or eyes on stalks, or giant hairless possums...”

“Giant hairless possums?” She beamed. “I love it. Very sci-fi.”

“But why should they have human form, Grainger, of all the forms they might conceivably have? Isn’t that exactly what you’d expect from sci-fi?”

“Yeah, I guess… Or religion, maybe. Didn’t God create man in his own image?”

“I wouldn’t use the word ‘man.’ The Hebrew is ha-adam, which I would argue encompasses both sexes.”

“Pleased to hear it,” she said, deadpan.

Like Faber’s other novels, The Book signals its debt to other literary work, including the New Testament. Echoes of Orwell’s 1984 make our expectations of the USIC bureaucracy more unsettling than it turns out to warrant. Conrad’s Heart of Darkness (Peter’s predecessor is called Kurtzberg), and all our knowledge of the history of colonisation, creates apprehension about the way this interplanetary company will exploit the new planet. It takes the length of the novel to understand why USIC has made this extraordinary venture into the unknown. Faber acknowledges the influence of Marvel comics in his afterword – perhaps most evident in his cavalier attitude to the technology behind the space transportation system, or the means of survival in the dense atmosphere of Oasis.

Faber’s interest is in his characters’ confrontation of loneliness and mortality. Peter begins as an earnest but not humourless missionary looking out for opportunities to bring everyone he meets to Jesus. The USIC workers resist any such overtures, and Peter soon loses interest in them as he finds a more receptive audience in the Oasans, who are ready to believe in the eternal life offered by Christ. In fact, his missionary work is easy, with the Oasans working to create Peter’s rather traditional idea of a church. They only object when he deviates from the Word as written in the New Testament. Something of a scholar, he sets about writing versions of the gospels that suit their limited range of speech. They want the real thing, and he can’t bring himself to tell them that it is already a translation.

Christianity is a religion of the Word, and readers may wonder at the literacy of the Oasans. Faber writes their names in a script, though there is no sign that they have a literature of their own. They want the Word, and they respond to it with joy. The images they make for Peter’s church reveal that they have maintained the creative spirit so absent from the USIC station.

As Peter and Bea begin to doubt their faith, the bleakness of Earth’s future becomes apparent. Like John Michael McDonagh’s disturbing film Calvary, this novel asks what remains once we have lost belief in any kind of religious or spiritual world. It does not advocate religion. Instead, it asks us to meditate on the desolate prospect of a universe without caritas, or passion, or a continuing creative history, let alone a Divinity interested in us. It is a philosophical novel that also gives readers the pleasure of adventure and a sympathetic central character.

Faber’s own wife was dying as he wrote this novel, which he has declared will be his last. He is not the first writer to use a journey to outer space as a metaphor for the loss of love, but he has managed to make a science fiction novel into a moving narrative that explores the emptiness of our contemporary culture. His personal grief becomes a more universal meditation as he invents a whole species aware of its impending mortality, and a group of human people exiled from any meaningful culture and experience. At the same time, the novel confronts the possible doom of the Earth, given human mistreatment of it.

Peter may lose faith, hope and love, but Faber gives us a brilliantly inventive novel that restores faith in the possibilities of fiction. This novel may doubt the existence of a caring God, but it hangs on to the comfort of the literary text. That may offer us some consolation, even in the face of its bleak vision of our future. •