Strangers in the dark 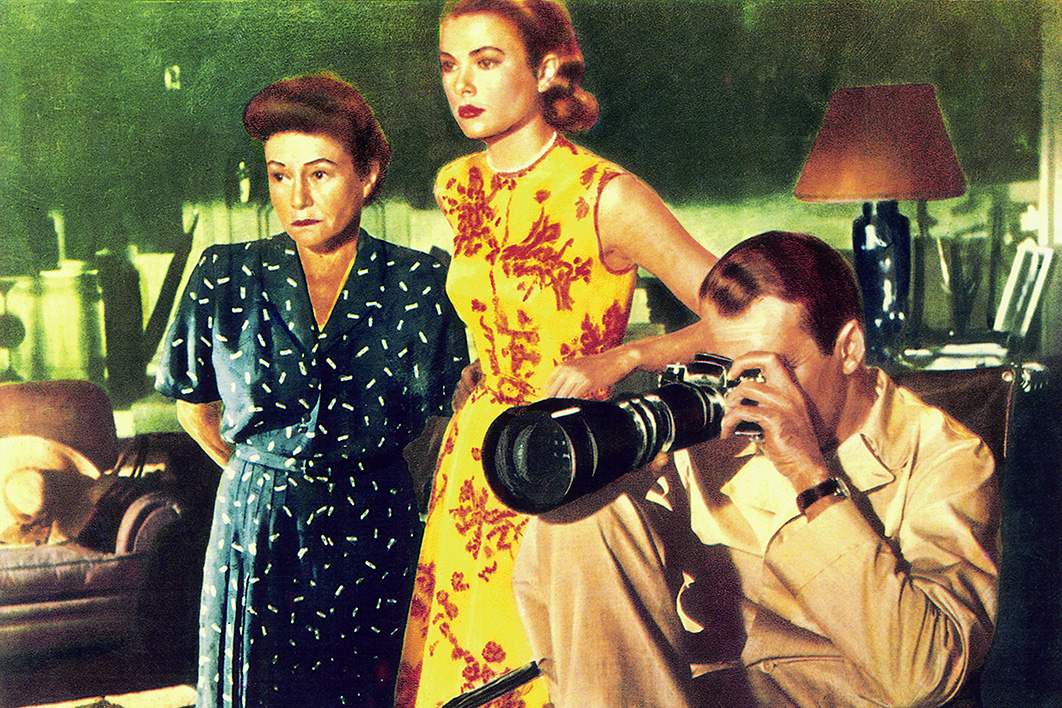 I vividly recall a decision I made in 1990 when I was interviewing a perfectly pleasant British film director, whom I won’t name, for a book I was working on. I decided not to divulge the awkward fact that I’d walked out of one of his films partway through — something I’d only ever done on one or two occasions. I suspected this disclosure would have been unhelpful to our burgeoning friendship.

On the evidence of a long career writing about films, David Thomson is unconstrained by such beauty of character — or cowardice — and is prepared to make unconstrained judgements about directors and writers, living or dead. But perhaps I am a little prejudiced: he described my cinematic heroine, Merle Oberon, as “a dull actress” in his Biographical Dictionary of Film, first published in 1975 when she was still alive.

Thomson’s views are as idiosyncratic as ever in his latest book. Although his subtitle includes the words “a history,” I suspect most historians would quibble with its use here. There is not a single footnote or endnote, for example, but simply a list at the end of biographies and other studies of the fourteen directors who rate a chapter each. A paragraph describing the early life of each director is the nearest approach to conventional history, and there are other short bursts of information, but in terms of style the book is evocative rather than factual or seriously critical. This is a highly personal reminiscence of a lifetime’s film-going, written with a frequent liveliness that made me want to renew acquaintance with long-unseen films such as Greed or The Magnificent Ambersons.

After a prologue titled “Darkness Visible” that briefly plays with the idea of directors as heroes who “lit up the dark night,” and an introductory chapter titled “Waiting for the Monolith,” Thomson expands on the notion that “We were strangers in there in the dark, but fellow pilgrims, and the cinema was a palace for our wondering,” though there is also a “sense of being alone, exposed to the searchlight of the projector.” His reflections include some attempts to consider how it might feel to be a film director, and some pondering (not always kind) of the intersection of lives and films.

The directors chosen for this “history” range from Fritz Lang to Quentin Tarantino, with a brief final flourish of Martin Scorsese. Each is allocated a chapter, the title of which gives an elliptical indication of the author’s approach. Jean Renoir is billed as “Everyone’s Friend” while Howard Hawks, less flatteringly, is “A Natural Liar” and Tarantino “The Kid from the Video Store.” These chapter headings shouldn’t be taken too seriously; they are the key that opens the door on careers examined under the flickering glare of Thomson’s searchlight. And that feeble metaphor of mine is as nothing compared with some of his linguistic forays.

So what do we actually learn about these directors? According to Thomson, the unlikeable Lang expected to be obeyed but never really got control of his American films, never found a congenial studio, and “had so little feeling for love, and no respect for America’s faith in it. He was — if I can say this — too close to being a fascist.” In his lively accounts of such films as Fury and The Big Heat I would have welcomed more about the fruits of Lang’s skills and less about how “actors did not like him” or, of his affair with Joan Bennett, who starred memorably in four of his films: “They had a bitter chemistry together, but no warmth.”

When he comes to “The Man Who Watched Too Much,” Thomson is probably right to assert that, “close to forty years after his death,” Alfred Hitchcock is “still the best-known film director there ever was. Or will be?” He goes on to suggest that Hitchcock “may come to stand for Movies in the way Attila the Hun bestrides the Dark Ages or Cleopatra signifies Ancient Egypt.” That is worth quoting only to give a sense of the often bizarre comparisons Thomson comes up with. It would have been enlightening to have more of the astute perception he brings to bear on Rear Window, which he concludes is “one of the supreme studies in the compulsion of looking and the attendant temptation to see and understand.”

Most of the individual directors Thomson discusses in A Light in the Dark are Hollywood-based, but several European masters, such as Luis Buñuel and Jean-Luc Godard, also feature, as do Lang and Renoir, who went on to have American careers. He is interested in how their lives are reflected in the films they made. About Buñuel, he argues that, despite the Spanish director’s reputation as a radical and a leftist, his films provide evidence that he retained some of the conservative attitudes that were part of his family background. Godard also came from a rich middle-class family and Thomson, who claims that “all his life [Godard] had the clashing instincts of a bourgeois and a radical,” investigates how these conflicting impulses made themselves felt in his films. Breathless, he writes, is “off-the-cuff yet relentlessly self-conscious.” He is also interested in how the directors’ love lives bear on their films. In Godard’s case, he and Anna Karina “were in what movies called love,” and Godard was, in any case, “pledged to a female presence on film.”

The only British filmmaker who is given a chapter is Stephen Frears. He is described, with a touch of patronage, as “an easy-going British institution,” and his output summarised thus: “It is not easy to look at his work and identify a vision or a preoccupation — beyond wanting to make entertaining pictures.” Though The Queen was a huge box office success, “I don’t think it’s actually very good,” says Thomson, without giving much in the way of supporting argument.

It is often hard to know how the author has come by some of his information about the lives of the directors, and there is a preponderance of phrases like “I felt” or “I think” or “I’m sure” (not always clear on what basis) and a general sense of unrestrained and barely supported opinion. But there is also liveliness and the odd touch of wit.

The most tersely titled chapter is devoted to Orson Welles and titled “God?” With Citizen Kane, Thomson asserts that Welles, “by twenty-six… had made the best American movie ever, the most beautiful and profound.” Many critical polls would accede to such a view, but in a book that claims to be a history, a little more justification would not have gone amiss. A Light in the Dark, engaging as it sometimes is, does seem to take on too much, at the same time not quite giving us enough of anything, whether of lives, careers or films. •

Brian McFarlane’s next book, The Films of Fred Schepisi, will be published by the University Press of Mississippi in February 2021.