Is a tired prime minister Lee Hsien Loong set to hand over the reins? 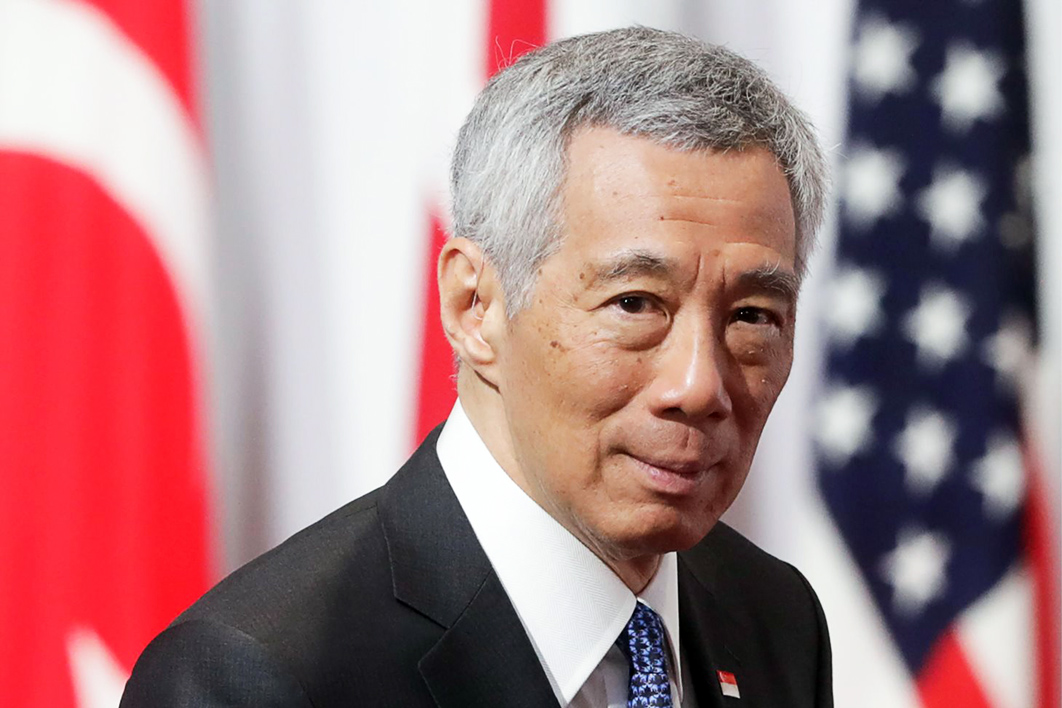 In the sedate world of Singapore politics the most important developments don’t usually occur during election campaigns. It’s only between times that we sometimes glimpse shifts in where power lies.

Singapore’s next general election isn’t due till next year — and could be put off until April 2021 — but there is a widespread feeling that the city-state is coming to the end of a political cycle. The People’s Action Party government of prime minister Lee Hsien Loong appears to have lined up all its ducks and is ready to call an election at any time, but it is not an energised, forward-looking sense of readiness. Rather, there is a palpable sense that those at the highest levels are overly keen to hand over to a new generation. Consider the signs.

After years of Byzantine manoeuvres, prime minister Lee finally elevated his chosen successor, Heng Swee Keat, to deputy prime minister on 1 May this year. Three days earlier, Heng had made it known that he saw himself taking a supportive, big-picture role rather than being proactive and managerial. He planned to help Lee “in reviewing Singapore’s longer-term policy measures to take the country forward in the next decade.”

The next day, though, Lee disabused him of this notion, making it clear that he expected Heng to assume the hands-on political and administrative leadership of the government, “setting the agenda, setting out the government’s position and policy to the people and building his team.” This sounds awfully like the job Lee is paid US$1.6 million a year to do. Which raises the question of how much Lee is vacating the field.

An incident a year before had given an early clue that Lee was beginning to leave the heavy lifting to other people. In March last year, law minister K. Shanmugam took the lead role in savaging one of the government’s critics during a public hearing. Thum Ping Tjin, an Oxford-trained historian with no links to any political party, is hardly likely to rouse any dangerous rabble, but he has been devastatingly effective as a private citizen in challenging many of the political orthodoxies on which the People’s Action Party’s hegemony is built.

When Thum was invited to appear before a select committee considering the problem of “deliberate online falsehoods” in March last year, Shanmugam interrogated him over six hours, live streamed, in what amounted to sustained bullying and character assassination. Months later the committee formally and spuriously declared Thum to be a liar for claiming credentials as a historian, implying it speaks with more authority about Oxford University’s credentialling than does the university itself.

The public humiliation of the government’s opponents is hardly new in Singapore. But when Lee Kuan Yew was prime minister he used to do his own dirty work. The more politically aware sections of the population were gripped by the spectacle of Shanmugam taking the lead, but what intrigued me was what former prime minister Goh Chok Tong said on page 115 of his authorised biography, Tall Order: The Goh Chok Tong Story, which was published a few months ago:

[I]f you have a very difficult opposition… the PM must have the ability to fight back. If the PM is a gentleman, then get somebody who can. That means you get a hatchet man. Your DPM or Minister for Law — that is the hatchet man, who can fight with you.

Goh made this observation to a room of journalists-cum-biographers, and I would love to know if he was smiling when he referred to a hypothetical law minister as a hatchet man and a hypothetical gentleman prime minister in need of protection.

Just before Heng Swee Keat’s elevation, the two most senior members of cabinet after PM Lee, Tharman Shanmugaratnam and Teo Chee Hean, stepped down as deputy prime ministers and became mere “senior” and “coordinating” ministers. I can’t imagine either of them retaining any fire for politics after this demotion, especially Shanmugaratnam, who is easily the most popular and highly credentialled politician in the country. He obviously and justly held prime ministerial ambitions until Lee Hsien Loong — his political patron and protector — declared in 2008 that the job was reserved for an ethnic Chinese for the foreseeable future because Singaporeans were not ready for a non-Chinese prime minister.

Lee reinforced the point in 2015 by saying that, even in the longer term, a non-Chinese politician would have to speak Mandarin to be a contender. Lee seems oblivious to the fact that it was his own government that made Mandarin so important in Singapore yet nearly impossible for a non-Chinese to learn at school. But that is another story.

In case Shanmugaratnam missed the point, Heng Swee Keat confirmed his exclusion from contention in March this year. He did so a month before he was elevated to deputy PM, notably after edging out five other ethnic Chinese candidates, all of whom are better qualified than him (and none of whom has had a stroke during a cabinet meeting, as he has). He declared that the “older generation of Singaporeans” is not ready for such a radical move. Presumably he means older Chinese Singaporeans. Significantly, he made the observation in answer to a question that noted Shanmugaratnam’s popularity.

Generational change is generally welcomed in management, and if the prime minister and his most senior colleagues really do have one foot out the door then maybe it can’t come too soon. But it must be said that generational change is not usually so precisely targeted or so carefully navigated in a system that claims to be a meritocracy. This handover has all the hallmarks of picking a favourite rather than picking the best.

Meanwhile, the political opposition has been undergoing its own rather unusual form of self-renewal, with a brand new party, the Progress Singapore Party, emerging as the creature of the seventy-nine-year-old former government backbencher Tan Cheng Bock. Tan caused an upset in 2011 when he almost defeated the government’s preferred candidate in the island-wide vote for president of Singapore, only to be excluded from the subsequent ballot in 2017 when a constitutional change made him ineligible to stand.

Tan is trying to use his personal profile and undisputed popularity to give a leg-up to younger and lesser-known activists to whom he wants to pass the baton, but the most interesting supporter he has attracted is Lee Hsien Yang, the younger brother of PM Lee Hsien Loong.

Lee Hsien Yang is neither young nor unknown, but he has a message that resonates neatly with Tan’s: that the party founded by Lee Kuan Yew has lost its way under the leadership of Lee Hsien Loong and does not deserve continued support. The domestic print and electronic media have exhibited a decided reluctance to report any of Lee Hsien Yang’s public statements or activities since he started supporting opposition and civil society causes, but this media blackout will be impossible to maintain if he becomes a candidate for parliament. And if he stands as a Progress Singapore Party candidate in the same constituency as his brother or his brother’s son, Li Hongyi, then Tan Cheng Bock’s last political venture will upend the political rules in Singapore by pitting Lee against Lee.

I don’t know if Lee Hsien Yang will stand for parliament, nor whether his candidature would translate into votes and seats, but it would certainly reshape political debate and contestation. Lee Hsien Yang and his sister, Lee Wei Ling, have already rewritten the rules of political debate once: in 2017 they broke the taboo on using the “d” word (dynasty) in relation to Lee Hsien Loong while they were in dispute with their brother over their father’s will. In the same breath, they also spoke of Lee Hsien Loong engaging in “abuse of power.” Only a Lee could get away with this kind of remark, and if Lee Hsien Yang stands for parliament he will have the platform for repeat performances.

Who can tell how deep the ramifications might go, especially with the current leadership seemingly past its prime? No wonder the government is looking a little tired. And wary. •

The city’s economic importance has declined significantly, but China itself isn’t immune to the pressures on display 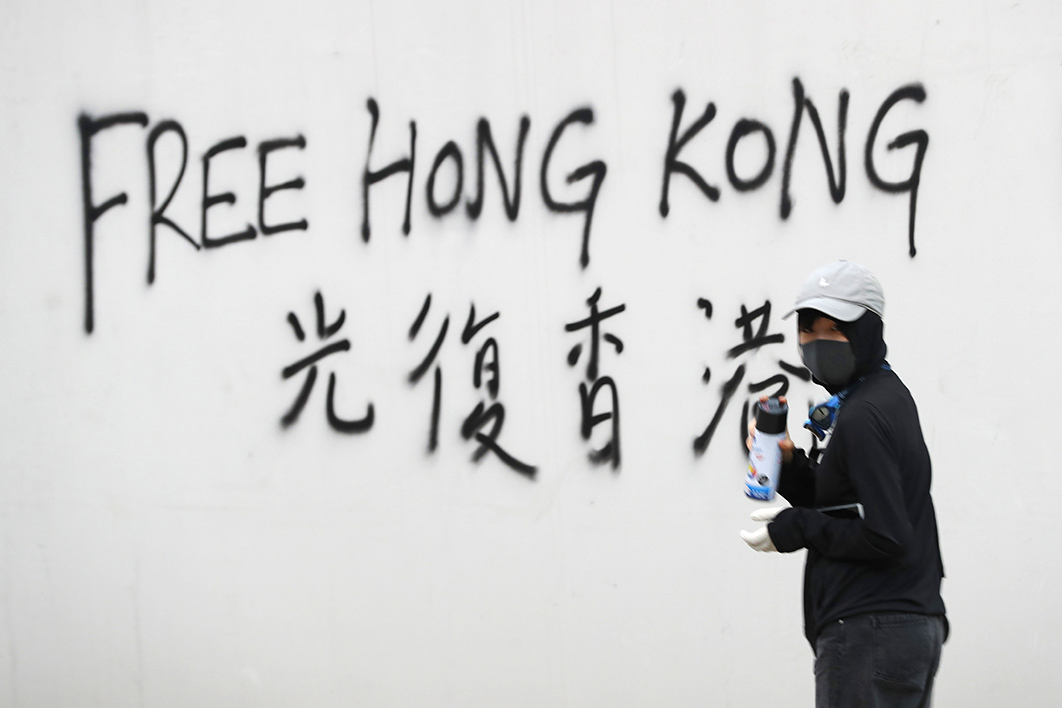