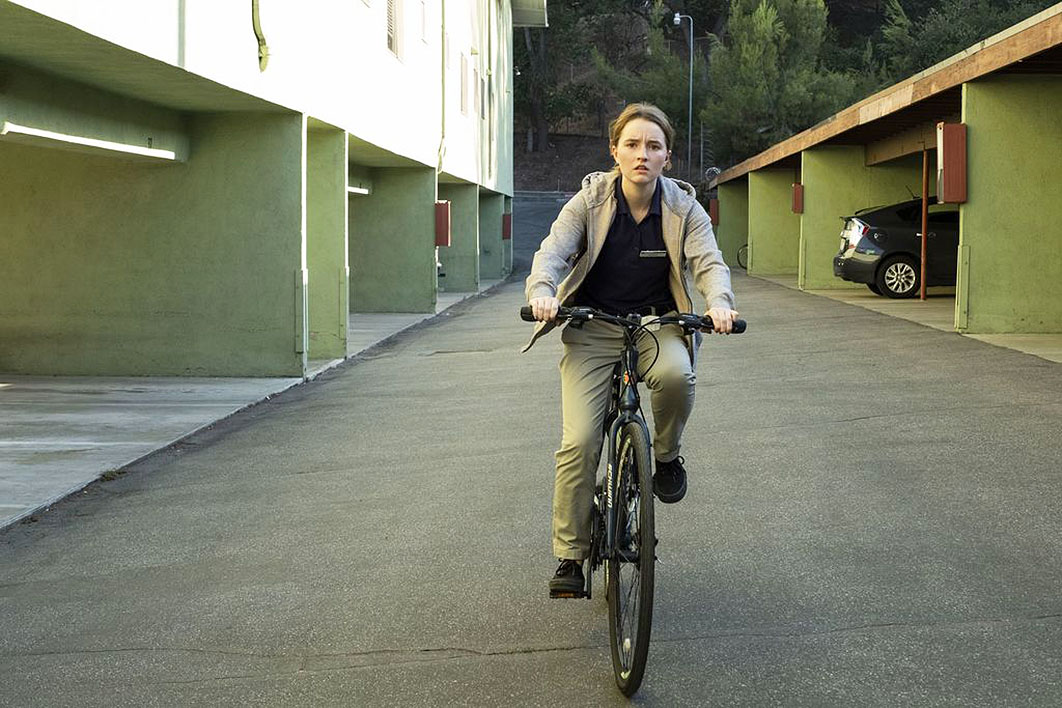 In August 2008 police in Lynnwood, Washington, responded to a call from a rape victim. Marie Adler, a slightly built eighteen-year-old, reported that a masked stranger had broken into her apartment, tied her up and subjected her to a prolonged ordeal at knifepoint. Unbelievable, a new CBS series playing on Netflix, traces what happened to Marie (played by Kaitlyn Dever) after that ordeal.

Under questioning by two male police officers, Marie’s childlike face registers mounting confusion. She’s vague, and her recounting of what detail she does remember is inconsistent. Given that no forensic evidence exists to support her story, the officers respond as they would to any unreliable witness, turning the interview into something more like a cross-examination.

Here we have television working close to documentary. The script draws on transcripts, reports and recollections to reconstruct key scenes like this. But crucial elements are added, allowing the viewer to see things that those involved in the original exchanges could not. For the police, Marie was an easy witness to misread, but Dever expresses emotional and psychological nuances that the camera, working in close-up, never misses.

Television viewers, as secondary witnesses, are left in no doubt about what is really going on here, or its human costs. Docudrama works with this illusion of greater insight to heighten the emotional landscape and load the moral perspective. Overplayed, it can easily cheapen the drama and distort the ethical issues. In this case the temptation must have been acute.

Marie’s story, reconstructed in a meticulous chronological account for ProPublica in 2015, is that of someone already exposed to the rougher side of life. Abandoned by her parents, she suffered various forms of abuse in childhood and then spent her teenage years being moved from one foster home to the next. At the time of the rape, just past her eighteenth birthday, she was enjoying her first real chance of independent life in community-run accommodation.

Her most recent foster-mother, Judith — played by Elizabeth Marvel as dour but good-hearted — attempts to provide some kind of support in the crisis. Given Marie’s perverse behaviour and inability to provide a clear account, though, Judith has her own doubts about what has actually happened, and decides to share them with the police. The upshot is that Marie is browbeaten into retracting and then charged with false reporting, with the prospect of a one-year jail sentence.

This is outrageous, of course — “unbelievable” in another sense — but the challenge in the dramatisation is to control the sense of outrage rather than to push it. Dever’s performance brings out the grit as well as the pathos in her character. Driven to the brink, she rides her bike onto a bridge at night, intending to throw herself into the river. She climbs the railing and hangs there for a moment, staring at the raging waters below, then climbs back. Next day, she shows up for duty as usual at the dreadful megastore where she’s employed.

As a shambolic but well-intentioned attorney (John Hartmann) works to get her off the legal charges on a plea bargain — a good behaviour bond, a formal admission of lying and the payment of $500 court costs — it is the procedural rather than the human aspects of Marie’s treatment that are shown to be brutal. Adverse publicity means she is moved from the shop floor to the storerooms at her workplace and, deemed to have breached the conditions of the housing community, she is evicted.

If that were the end of the story, it would hardly make for satisfying drama. But this is one of those cases that takes a turn irresistible to a television producer. Some 2000 kilometres away in the town of Golden, Colorado, another rape with the same characteristics occurs, and this time is met with a contrasting police response.

A female detective answers the call. The victim is a woman of twenty-six, a very different physical type to Marie, and remarkably self-possessed. She remembers every detail of the attack, including the fact that the intruder had a large birthmark on his calf. He took photos, she says, and gave orders in a way that suggested he was carrying out a practised routine. Again, searches reveal almost no forensic traces, but this time there is no question of putting pressure on the victim. Rather, the “clean” crime scene suggests they are looking for someone who knew enough about forensics to make sure there was nothing to find. He’d done this before, and would do it again.

In reality, all this didn’t happen until two years after Marie’s experiences, but the series intercuts the later train of events with the scenes of Marie’s ordeal, creating interconnecting strands of tension and some very effective suspense.

Detective Karen Duvall follows a lead to a Colorado case currently under investigation and contacts the detective in charge of that, another canny female investigator. She and Grace Rasmussen (the series uses pseudonyms) have everything it takes to make a successful television crime-fighting duo: they operate in contrasting styles, sparring and sniping but ultimately adhering to the protocols required to get the job done.

Rasmussen (Toni Collette) is brusque and charmless, but as a seasoned operator she has no problems sharing the investigation and knows the system well enough to get support from further up the line. Soon, an FBI team is assigned to help with the search. Human communications are Duvall’s forte, and Merritt Wever plays her as a restrained observer, always listening; when she speaks, the low tone of her voice cuts through surrounding stress, raising the level of concentration.

After the culprit is apprehended, a cache of evidence is found, including graphic photographic records of each of his attacks. Marie is identified as one of the victims, and from here events begin to turn in her favour.

It’s a great storyline, as any scriptwriting team would acknowledge. The main characters are sharply defined, each with her own strong narrative arc. But, though good stories are fascinating, moving and instructive, trauma itself is none of those things. The risk in dramatising this kind of subject matter is that it may delude us into thinking we do understand or, worse, that we have somehow accompanied the victims on a satisfying imaginative journey.

Credit is due to the production team on this series for steering clear of obvious forms of moral point-scoring and emotional gratification. The story is handled throughout with tact and the kind of finely tuned attention Duvall and Rasmussen show towards those whose lives are damaged by the crimes. •

Has NAPLAN failed its most important test?

Uncertain goals and doubts about effectiveness have prompted a major reappraisal 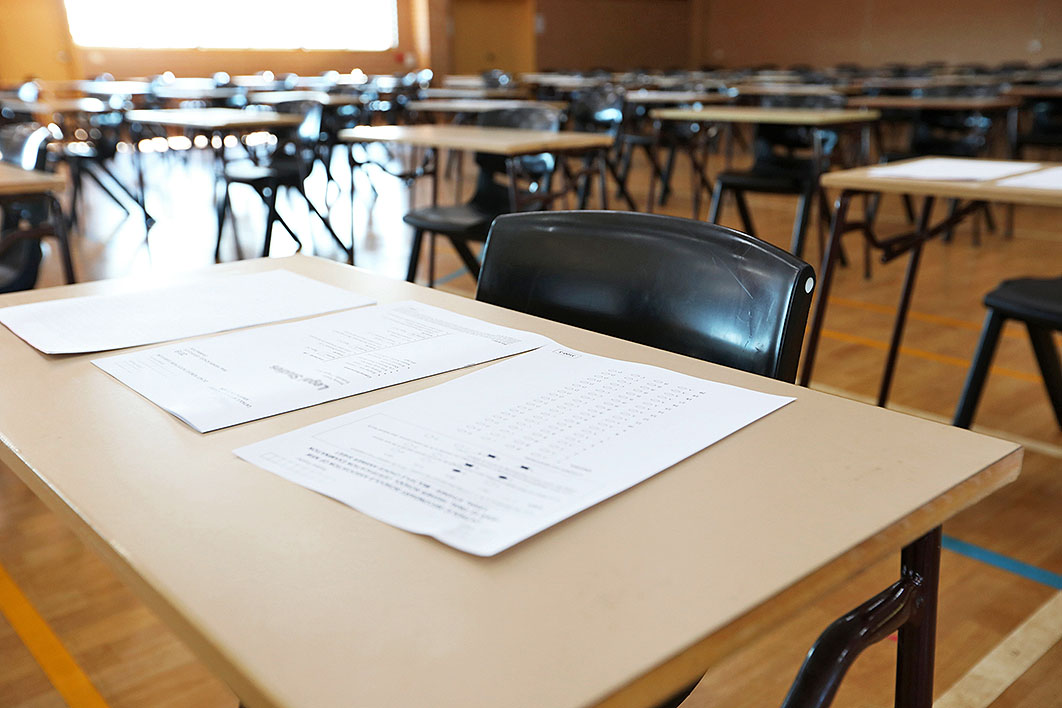