Sympathy for the devils

Books | Why does Niki Savva empathise with some of Australia’s least attractive politicians? 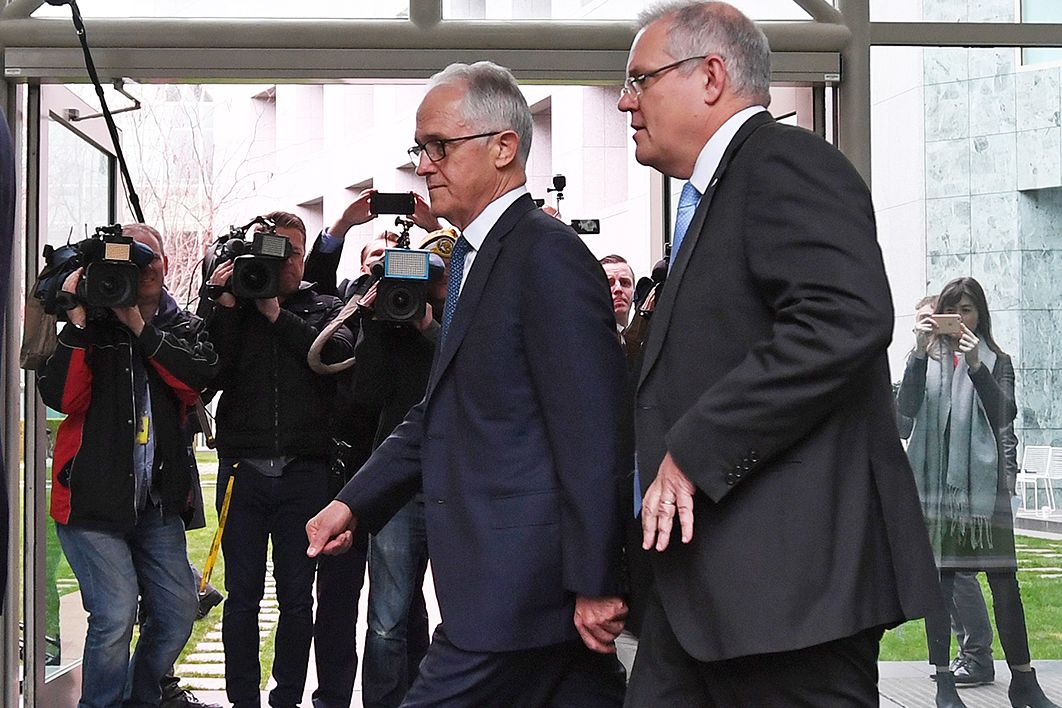 If one were searching for a personification of Australian-style insider journalism, Niki Savva wouldn’t be a bad name to start with. Beginning her career in the Canberra press gallery in 1974, Savva wrote for the Australian, the Herald Sun and the Age before becoming Peter Costello’s press secretary in 1997. After six years in that job she moved into John Howard’s cabinet policy unit, staying until the Coalition finally lost power in 2007. For most of the past decade she has been a columnist/political player in the Australian and, since 2011, a panellist on the ABC’s Insiders, a role she admits to having coveted. She is married to Vincent Woolcock, a veteran Liberal Party staffer who advised every one of its leaders from Billy Snedden to Malcolm Turnbull.

In 2010 Savva published So Greek: Confessions of a Conservative Leftie, a memoir of her life in journalism and politics, and an exercise in name-dropping that would make Greg Sheridan blush. Her bestselling second book, The Road to Ruin (2016), documented the self-destruction of the Abbott government. Who better, then, to write Plots and Prayers, the behind-the-scenes account of Peter Dutton’s half-successful coup against Malcolm Turnbull, and the unlikely triumph of Scott Morrison?

But there is a problem here, as Savva unwittingly reveals when she attempts to explain why she was once certain there would be no follow-up to The Road to Ruin:

To be honest, I never thought the need would arise; I was sure that events would spare me the physical and mental ordeal of trying to reconstruct the destruction of another prime minister. It seemed to me that Malcolm Turnbull would lead the government to the 2019 election, that he would more than likely win it, that afterwards there would be little to say about it, and that by the time he was gone, I would be gone, too.

In Savva’s mind, Malcolm — sensible, intelligent Malcolm — would steady the ship after the turmoil of the Rudd–Gillard–Abbott era, and federal politics would return to the normality of the comfortable and relaxed Howard years.

For all of her insider access and intelligence, that is, Savva was seemingly oblivious to the fact that members of the increasingly radical hard right of the Liberal Party were not merely hostile to Turnbull — they hated him with a burning passion, and they would not rest until they had cast him out of their party for good. Savva is so close to her subjects she is unable to perceive their actions clearly, and thus could not see that Turnbull’s prime ministership was doomed from the beginning.

In her newspaper columns Savva enthusiastically adopted Miranda Devine’s “del-con” (delusional conservative) pejorative to describe the hard-right faction that gathered around Abbott and agitated against Turnbull for the entirety of his reign. We might now need to adopt the term “del-mod” to describe those — like Savva — who still believe that the Liberal Party is the custodian of moderate, small-l liberalism.

But it is not only the moderates — including Turnbull, Julie Bishop, Christopher Pyne and Craig Laundy — whom Savva feels sympathy for. The number of politicians she has convinced to speak on the record, including some of the more dastardly instigators of the putsch, is truly remarkable, and she is reluctant to say a negative word about any of them. Coincidentally or otherwise, her harshest criticisms are saved for those with whom she did not speak, such as Mathias Cormann, Barnaby Joyce, Tony Abbott and Peta Credlin.

For all of the various characters that populate Plots and Prayers, the focus naturally falls on four key players: Turnbull, Dutton, Cormann and Morrison.

Those looking to solve the riddle of Malcolm will find no answers here. Turnbull is a deeply arrogant man known for his explosive anger, yet also a Pollyanna in his outward displays of misplaced cheerfulness. Two days after he lost the nation’s top job, we are told, “Turnbull was philosophical, pleased with his achievements.” Savva feels he had a right to be so, claiming that “he was a good prime minister and a terrible politician.” She provides plenty of evidence for the latter but practically none for the former.

Turnbull’s main antagonist in this story, Peter Dutton, provides a neat summary of the right’s critique of the former prime minister when he tells Savva that “ultimately he was not a Liberal at heart… Malcolm saw the Liberal Party as a vehicle to become prime minister. He was a barrister who could argue the brief for either side.” This didn’t prevent Dutton from serving as one of Turnbull’s most senior ministers for almost three years, but political ambition has got people through much more difficult moral quandaries than this.

Dutton’s conversations with Savva produce some of the book’s strangest material, including the claim that he is not the right-wing ideologue he’s been painted as. “I am no further right than Howard and Costello,” he pleads. “I am not the evangelical here, not out-and-proud on abortion. I voted for gay marriage, and I wasn’t going to bring Tony Abbott back. But you are framed with these things.” Savva was impressed enough with this absurd bit of spin to quote it twice, and she is at pains to portray Dutton as much more likeable than his public persona suggests. His appalling record of racism — from his boycott of the apology to the Stolen Generations to his continued demonisation of non-white asylum seekers — suggests otherwise. “The base loves that stuff,” he explains, to which Savva barely musters a response.

Dutton’s closest ally, Mathias Cormann, comes out of the book no better than he came out of the saga itself, despite Savva’s unwillingness to judge him for his actions. Cormann is an odd figure in Australian politics. Unknown to most and little more than a robotic party man with a funny accent to a few, he is nevertheless widely admired by our political journalists. Savva believes he is the best finance minister since Labor’s Peter Walsh, but chooses not to elaborate. What is now indisputable is that he is disloyal, having pretended to have Turnbull’s back as he quietly supported Dutton’s agitation. Julie Bishop had warned Turnbull that Cormann was “the ultimate seducer and betrayer.” Fatefully, she was not believed.

Thanks to Savva’s reporting, it is also now difficult to dispute the notion that Scott Morrison, despite his desire to be perceived as a cleanskin, must take part of the responsibility for Turnbull’s downfall. He did not openly undermine his leader in the way that Dutton did, but his numbers men were working away behind the scenes to ensure a Morrison victory if and when the insurgents came for Turnbull. Numerous sources claim that a handful of Morrison supporters voted for Dutton when Turnbull first spilled his leadership, ensuring that the tally was large enough to fatally wound the prime minister. Few in Canberra appear to be in any doubt about this, and there are plenty of hints that Morrison’s Machiavellian manoeuvring will not be forgotten by his colleagues, especially those, like Dutton and Cormann, who were not fond of him in the first place.

Savva hedges her bets on Morrison, seemingly unwilling to damage a relationship with such a valuable source. She is uncomfortable with his showy religious displays, and relies on anonymous sources to relate his detachment from policy formulation. “The only thing I have ever known him to show passionate belief in,” says one, “is his opposition to same-sex marriage.” But she’s an easy mark for his spin, as when she describes him on the campaign trail: “Morrison reassured people he would govern from the middle for quiet Australians. As the campaign drew to a close, he ventured that it was not about him — it was about them.” A marketing man through and through, this was his messaging from day one of his prime ministership.

Plots and Prayers is a deeply frustrating read. With some astute editing — eliminating page upon page of repetition, and the numerous run-on sentences filled with irrelevant details — its length could have been reduced by a third. The chronology jumps all over the place without warning, and there is little logic to the structure of the book. Savva also has a penchant for half-clever jokes and phrases that don’t land. The first description of Abbott’s insurgency as a “guerrilla/gorilla campaign” should have been cut. How it escaped the editor’s pen four times is beyond me. And did we really need to have the Barnaby Joyce sex scandal repeatedly referred to as “Barnaby’s doodle”?

But the most infuriating aspect of the book is Savva’s bottomless well of sympathy for some of the most appalling characters in Australian political life. There are a lot of politicians’ tears in this book, mainly from Liberal moderates who feel that a great injustice was done in that wild week in August 2018. Alarmingly, Savva tells us that a few of her interview subjects likened their sessions with her to therapy. Christopher Pyne apparently wept all the way home to Adelaide following the coup. Julie Bishop felt “wounded, humiliated and betrayed.” Both retired from politics, only to accept ethically dubious jobs soon afterwards. How the heart aches for them.

Frankly, none of the characters in this book deserves our sympathy. These are the representatives of a party that locks asylum seekers up in island prisons, has no intention whatsoever of acting on climate change, is positively hostile to Indigenous self-determination, and would rather feather the nests of wealthy retirees and property investors than lift the most disadvantaged out of poverty. Save your tears for someone else. • 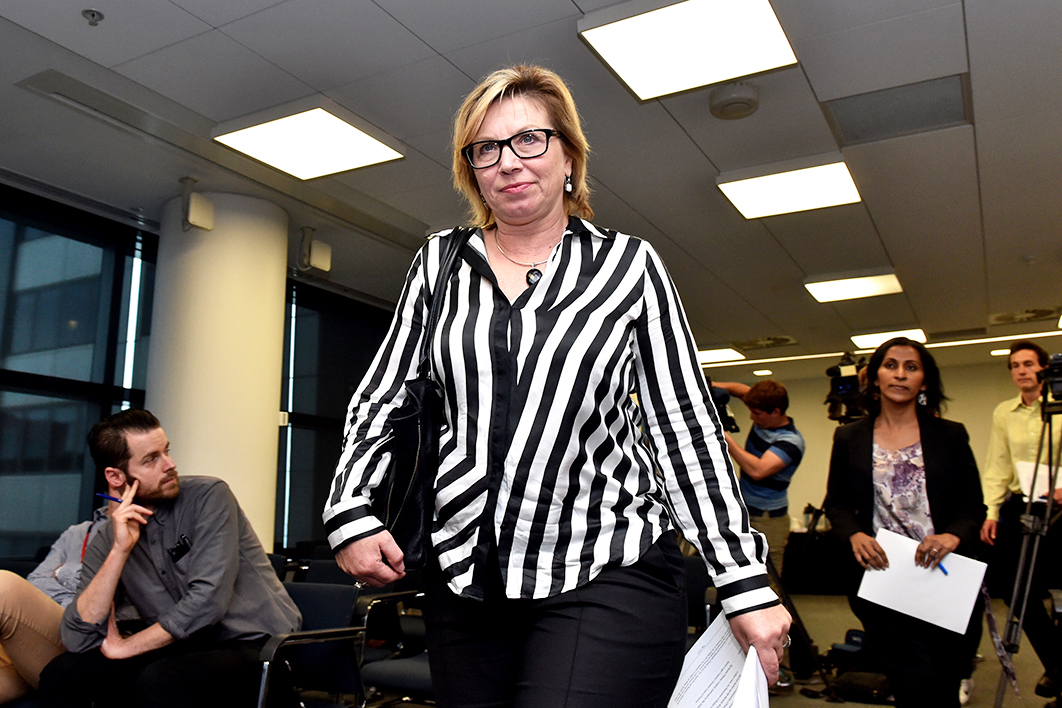