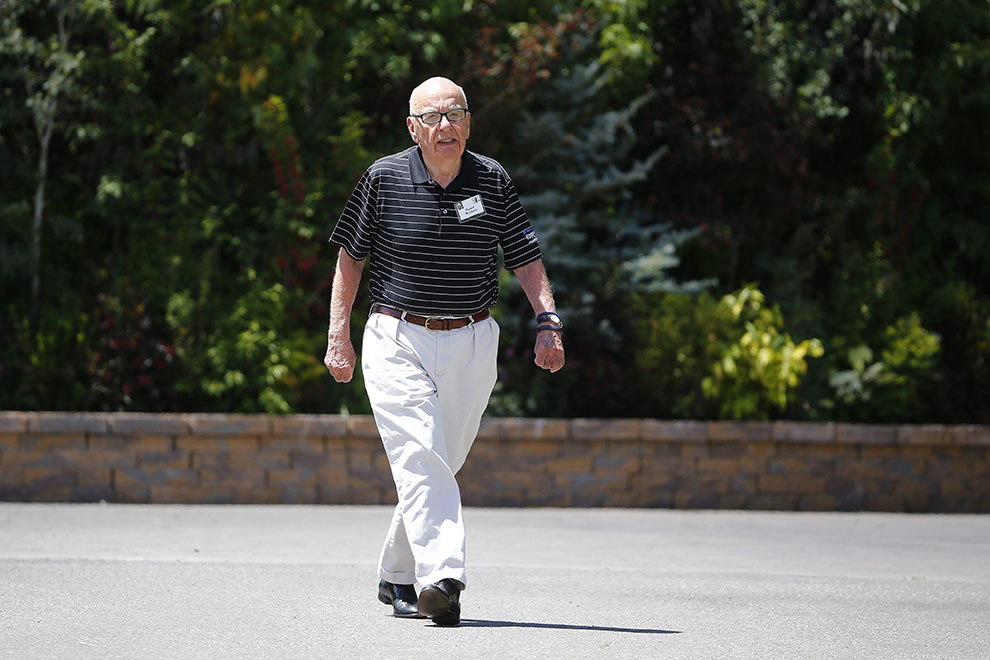 With two glaring exceptions, public figures and media outlets generally rose to the challenge during the siege at Martin Place this week. Mike Baird and Tony Abbott spoke with calmness and compassion, careful not to inflame the situation or do anything to encourage bigoted and unjustified reactions. The media – especially the ABC, Nine, Seven and Sky News – reported the long hours of uncertainty, when very little was happening, with restraint, generally resisting the temptation to speculate in the absence of verified facts. While some false reports and rumours were broadcast, a sense of professional responsibility prevailed.

In a sensitive, ongoing situation like this one, when TV can be viewed by hostage-takers, it is important that broadcasts avoid detailing planned police operations or inflaming relations between perpetrators and captives. They must also do all they can to preserve the dignity and anonymity of the hostages. The TV channels, and radio presenter Ray Hadley (who was in phone contact with hostages), acceded to police requests not to broadcast statements made under duress by hostages, or to report all they knew about what was going on inside the cafe.

The first exception to this restrained coverage was the Daily Telegraph, whose special afternoon wraparound was headlined “Death cult CBD attack: IS takes 13 hostages in city cafe siege.” Desperate for sales and attention, the ailing tabloid seems to take the view that all publicity is good publicity. In this case, though, in addition to its manifest inaccuracies, the paper’s misplaced sensationalism jarred with the anxious and sombre public mood.

The other jarring intervention was a tweet the following morning from the paper’s owner, Rupert Murdoch. “AUST gets wake-call with Sydney terror,” announced the American mogul. “Only Daily Telegraph caught the bloody outcome at 2.00 am. Congrats.”

Murdoch saw a terrorist rather than a deranged individual, and on the basis of that hasty appraisal believed that Australia needed to wake up. What’s more, apparently oblivious to all the TV footage of the climax and the live online newspaper coverage (including that of his own paper, the Australian), he thought only his Sydney tabloid had caught the key action.

If a political figure had made these comments – inaccurate, insensitive, alarmist – they would have attracted immediate and sustained criticism, but Murdoch has somehow attained a unique status in Australian public life. His frequently outrageous comments are certainly criticised in social media and on internet news services, but not, of course, by the two-thirds of daily newspapers he controls. The Fairfax papers and the ABC tend to either ignore his comments or treat them with undue respect. And, despite everything we’ve learned in recent years about the behaviour of his companies, it is almost certain that no one from the two major political parties will comment adversely.

American journalism scholar Jay Rosen has criticised what he calls “he said, she said” journalism, a device used by news media to achieve “balance” at the expense of any serious search for the truth. When Rupert Murdoch appears in the Australian media, however, it is more a case of “he said, and he also said.” Perhaps this has been most evident this year, with Murdoch’s high-profile July visit to celebrate the fiftieth anniversary of the Australian.

This was Murdoch in an expansive mood, most notably in an interview on Sky News. He gave his views on climate change, which he thought was overplayed as a problem. “Climate change has been going on as long as the planet is here,” he told viewers. The “most alarmist” scenario was that there would be a 3ºC rise in a hundred years. “At the very most, one of those [degrees] will come from man-made [sources].” If the sea level rises six inches, it would be a “big deal, the Maldives might disappear, but we can’t mitigate that… we just have to stop building vast houses on seashores.”

These fanciful propositions seem to come entirely from within his own head. They were picked apart on internet news sites and in social media, but within the metropolitan papers and on ABC TV they were simply reported at face value.

The most striking aspect of Murdoch’s current political views is their extremist content. The billionaire is now a proponent of a US Tea Party–style ideology – especially the view that government is the problem rather than part of the solution – although thankfully he hasn’t adopted that movement’s pro-gun views.

Even when he expresses less extreme views, his grasp of facts can be shaky. Weighing into the debate about Australia’s 457 working visa last year, for example, he advised Australia to follow the United States in welcoming new arrivals. “I’m a big one for encouraging migration,” he told Sky News. “Just look at America.” No media reporting these words pointed out that nearly 28 per cent of Australians were born overseas, but just 13 per cent of Americans.

But the greater impact comes from the way Murdoch expresses these views. Apart from the large number of inaccuracies in his public interviews and tweets, their key characteristic is dogmatism and intolerance. So, during his July visit, he described the NBN as “a ridiculous idea” and deplored investment in “windmills and all that rubbish.” He has been equally scathing of renewable energy investments in Britain, which have, he says, ruined the English countryside with “uneconomic bird killing windmills. Mad.” “Mad” was also his considered verdict on British efforts to contribute to the resolution of the crisis in the eurozone.

His tendency to stereotype and malign those he disagrees with has often caused him trouble, perhaps most notably when he asked, via Twitter, “Why is Jewish-owned press so consistently anti-Israel in every crisis?” You’ve got to give Murdoch credit, said American political commentator Peter Beinart. “He’s packed a remarkable amount of idiocy and nastiness into 140 characters.”

Under Labor, Murdoch thought Australia was a “weird place mucking up great future,” and that “Gillard once good education minister, now prisoner of minority greenies. Rudd still delusional, who nobody could work with. Nobody else?” His most constant hostility is towards the Greens: “whatever you do, don’t let the bloody Greens mess it up.”

This style pervades his newspapers. “Kick this mob out,” the Daily Telegraph’s front-page headline on the first day of its 2013 election coverage, embodied not only the proprietor’s view, but also his style. And yet, at the same time as his media organisations are a force debasing the level of public debate, his utterances fail to attract the scrutiny received by those of other public figures. •