Temporary migration is a permanent thing

There is a debate to be had about 457 visas, but it’s not the one we’ve been having 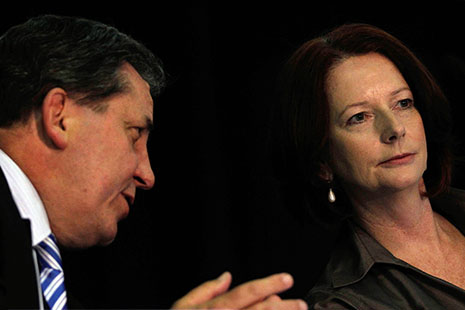 The 457 visa system is a short-term temporary visa for skills shortages. If it’s being used for any other purpose by anyone, then it’s being used wrongly and we should stamp that out.
– Julia Gillard, Age, 18 March 2013

IF THE prime minister really thinks that the only purpose of the 457 visa is to fill temporary skills shortages then she should ask senior officials for a briefing about the evolution of Australia’s migration program over the past fifteen years.

That may have been the original intention of the 457 visa. Conceived when Paul Keating was prime minister but introduced after John Howard took office in 1996, it was supposed to give the domestic training system enough breathing space to catch up with the demand for qualified employees. The idea was that skills gaps would be plugged with temporary foreign workers while locals were trained to fill the positions in the longer term.

Things have worked out differently. The 457 visa has expanded into something much more significant – an essential component of a fundamentally changed approach to selecting skilled migrants.

When Senator Chris Evans was immigration minister under Kevin Rudd, he described the change as a shift from a “supply-driven” to a “demand-driven” system. Rather than qualified migrants putting up their hands to come to Australia and then seeking appropriate employment after they arrive, business recruits directly from overseas. Rather than public servants in Canberra attempting to predict which skills the economy will require next year, business hires the foreign workers it needs, as and when it needs them.

Initially, this relatively new class of workers arrives on temporary visas, but in the ideal scenario things work out well on both sides. The temporary worker becomes a valued member of staff, enjoys the job and the lifestyle, and decides to build a future in Australia. After two or three years, the employer sponsors a transition to permanent residency.

In many cases, this is indeed what happens. Almost 40 per cent of 457 visa holders have gone on to become permanent residents. Or, to look at the statistics in another way, about half of the skilled migrants granted permanent residency last financial year were already living here on a temporary basis, mostly as migrant workers on 457 visas or as international students who had graduated from Australian universities and colleges. (In fact the two categories overlap, since an increasing number of international students move to 457 visas after graduation.)

The number of permanent migrants sponsored annually by employers has grown from around 10,000 in 2003–04 to more than 45,000 today. It’s no accident that about 80 per cent of these migrants are already living and working in Australia; the figure reflects a calculated shift towards demand-driven skilled migration via a two-step process – first temporary and then permanent residence.

There are many arguments in favour of this two-step process, which is also referred to as “try before you buy” or “suck it and see” migration. It provides a much more flexible and immediate response to the changing needs of employers (including state and territory governments, who are big users of 457 visa holders in their hospitals). Foreign workers are recruited directly into jobs that match their skills and experience, avoiding the situation in which they come to Australia independently, fail to find work in their profession, and end up in a lower-skilled job.

Two-step migration also acts as an additional test of the quality of migrants’ skills. If the performance of 457 visa holders fails to match their qualifications and experience then their presence in the workplace – and in Australia – really is likely to be temporary. Finally, the two-step system gives migrants an opportunity to check out life and work in Australia before they confront the monumental decision of whether to move permanently to a new country.

Those are the largely positive features of the temporary migration two-step. But there are unresolved problems as well.

Trade unions have raised concerns about the exploitation of workers on temporary visas and the potential for them to undermine established wages and conditions. Abuses undoubtedly do occur, even if they are the exceptions rather than the rule. A quick trawl through media releases from the Fair Work Ombudsman throws up numerous cases of foreign nationals being underpaid and overworked. But the system is better than it was prior to reforms in 2009 which, among other things, introduced a market-based minimum salary. Now, overseas workers must be paid at or above prevailing local wages; previously, the government set a baseline salary that could fall below the wages commanded by workers in specific industries.

Further tweaking could improve the system. It would make sense, for instance, to give fair work inspectors the power to check immigration paperwork to ensure that 457 visa holders are being employed in the skilled jobs for which they were recruited.

The potential for exploitation is inherent in the temporary migration system, particularly with the emphasis falling more heavily on employer sponsorship as a necessary step on the pathway from temporary migrant to permanent resident. As industrial relations commissioner Barbara Deegan found in her review of the integrity of the 457 visa system in 2008, an employer’s power to give or withhold support for permanent residency can make temporary migrants particularly vulnerable to “substandard living conditions, illegal or unfair deductions from wages, and other similar forms of exploitation.”

If their job situation becomes untenable and 457 visa holders decide to resign, they have only twenty-eight days to find an alternative employer before they lose the right to stay in Australia. Commissioner Deegan suggested extending the grace period to ninety days. This simple way to help temporary migrant workers stand up to exploitation appears not to be on the government’s agenda.

The other concern expressed by some trade unions, and more recently by the prime minister, is that use of the 457 visa has resulted in “foreign workers being put at the front of the queue with Australian workers at the back.” Beyond a vague statement on the immigration department’s website that the “457 program has expanded well above the national employment growth rate” and that “the nature of the program’s use by some employers indicates that the criteria is [sic] not being fully met,” little evidence has been offered to support this contention. The changes being rolled out in response to the government’s newfound concern about the 457 visa involve a series of technical adjustments rather than any fundamental rethink of the scheme.

There is, for example, no move to introduce a systematic process of labour-market testing to check whether skills shortages actually exist in a particular area. The Department of Immigration and Citizenship argues that the extra cost of recruiting offshore means that employers will employ qualified local workers first. Complications can arise, though, when a contractor recruits staff for a project in a remote area where skills are clearly in short supply and then redeploys them to a metropolitan area where the extent of skills shortages is hotly contested. (This appears to have been part of the sequence of events behind recent picket lines and protests at a construction site in Werribee.)

Employers say that they use 457 visas when no suitable local candidates are available. If this is the case and temporary migrants take positions that would otherwise go unfilled, then it is more likely that they are enabling enterprises to expand, creating additional jobs rather than displacing local workers. And temporary workers spend money on goods and services, which also generates local employment.

In the last financial year, the number of skilled workers granted temporary visas to work in Australia was almost exactly equal to the number granted permanent residency (125,000). If temporary migration overtakes permanent migration over a sustained period then there is a risk of an accumulating level of unmet demand for residency. We could see a growing backlog of 457 visa holders – people living and working in Australia who want to become residents, but for whom there is no room in the annual quota.

In such a situation the federal government could always increase the permanent migration intake – but the politics of immigration being what they are, there is no guarantee that this would happen. As a result, 457 visa holders could wait quite some time for their applications for permanent residency to be processed.

This is exactly what happened to tens of thousands of international students who met the criteria for permanent residency but found themselves stuck in a processing limbo because there were too few places in the migration program and their applications had been assessed as low priority. At the start of this financial year there were 143,000 applicants for permanent residency already in the processing pipeline, equal to more than an entire year’s intake.

Peter Mares is an adjunct fellow at the Swinburne Institute for Social Research.

A different visa category could be the subject of future debates about temporary migration, writes Peter Mares 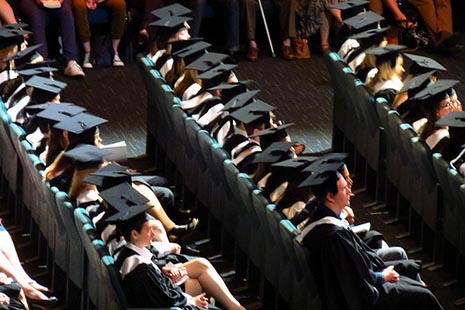