Despite more than a century of negotiations, the China–India border dispute has flared again, this time under two strongly nationalist leaders 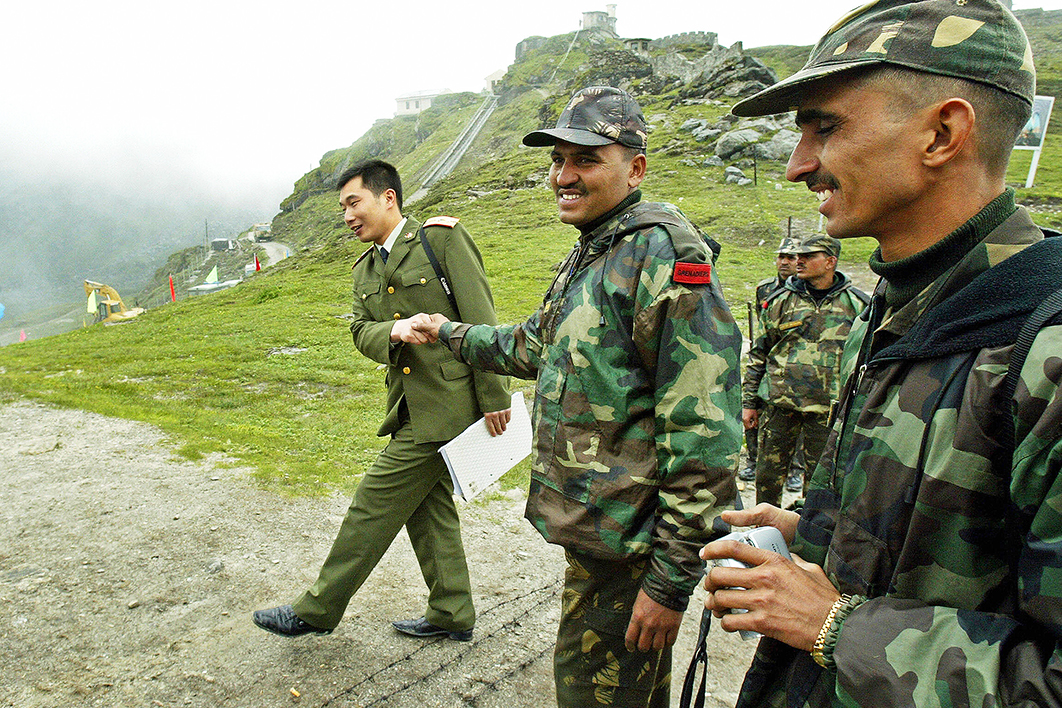 Calmer days: a Chinese army officer (left) is greeted by an Indian soldier as he crosses the border at Nathu La, Sikkim, on 5 July 2006, the day before the Nathu La Pass between China and India reopened after lengthy negotiations. Deshakalyan Chowdhury/AFP/Getty Images

On a Himalayan plateau next to the mountainous Indian state of Sikkim, jammed between India, Nepal, Tibet and Bhutan, Chinese and Indian troops are again facing off over a disputed border. Known for its periodic flare-ups, the India–China border dispute has been the major sticking point in the two countries’ relationship since the late nineteenth century. Indeed, a colonial-era treaty has resurfaced as a focal point in the current stand-off, proving that history casts a long shadow in this part of the world.

Although they’re often referred to as a single “dispute,” the border tensions centre on two distinct areas that tend to flare up independently of each other. The current skirmishes are in the eastern sector, in the Sikkim region, sandwiched between Bhutan and Nepal. This area, along with the eastern border that runs to the north of India’s Arunachal Pradesh state – known as the Line of Actual Control or the McMahon Line – was a major point of conflict in the 1962 Sino-Indian War.

The other disputed area, in the western sector, runs from Nepal’s western border up to the Aksai Chin territory, bordering Tibet, the Chinese province of Xinjiang, and the Indian state of Jammu and Kashmir. The Aksai Chin is claimed by India but administered by China. Uneasy borders: the two main areas of dispute between India and China (shown in yellow). The boundaries on this map are not endorsed by the governments of India, Pakistan or China.

Because it is a populated and strategically vulnerable part of India, the eastern sector tends to be the more controversial of the two. Known as the “chicken’s neck” because of its shape, Sikkim is a narrow corridor of Indian territory, wedged between Nepal, Bhutan and Bangladesh, that joins India’s northeastern states to the main part of the country. If India were to lose control of the Sikkim region, it would effectively be cut off from defending these areas, including disputed Arunachal Pradesh.

This worst-case scenario has dominated Indian strategic calculus since 1962, when China launched a full-scale assault on the entire length of the border and Indian forces suffered a humiliating defeat. The war was short but bloody: Indian government statistics released on 29 October 1962 – ten days after the conflict started – had between 2000 and 2500 Indian soldiers killed during the first week of fighting, 1102 held prisoner, 291 wounded and 5174 missing and presumed dead. China announced a unilateral ceasefire on 21 November and withdrew its forces back behind the McMahon Line, although it maintained control of the Aksai Chin.

The shadow of 1962 still looms over the border issue, particularly in India, and especially among Indian nationalists. But that war was itself the culmination of half a century of territorial disputes. These are often ignored in the analysis of the modern-day flare-ups, but they continue to shape attitudes in the two countries and are at the forefront of the current tensions. To properly understand the border issue, it’s necessary to go back to a series of conventions signed at the turn of the twentieth century, when India was still a British colony and China’s Qing dynasty was in its death throes.

The 1890 Convention Between Great Britain and China Relating to Sikkim and Tibet – known as the first Anglo-Chinese convention – officially demarcated the eastern part of the border, drawing the “Outer Line” along the Himalayan foothills (now the southern border of Arunachal Pradesh). China claimed suzerainty over Tibet, and Britain, increasingly worried about a Russian push into India, was keen to keep Tibet as a buffer zone. The convention also demarcated the Sikkim border, and noted in Article 3 that “The Government of Great Britain and Ireland and the Government of China engage reciprocally to respect the boundary as defined in Article 1, and to prevent acts of Aggression from their respective sides of the frontier.”

Further agreements, along with an unsuccessful Chinese military push into Tibet and a Tibetan declaration of independence, led to Britain’s convening a tripartite conference in Simla in 1914 with the aim of settling Tibet’s status. This eventually resulted in a document that is arguably at the root of the China–India border problems – the 1914 Simla Convention, which delineated a new eastern border along the Himalayan peaks. This was the McMahon Line, named after the British conference chairman Henry McMahon. China refused to sign, seeing it as another “unequal treaty” akin to those forced on it after the Opium Wars. Britain issued a joint declaration with the Tibetan representative instead.

China’s position – which it still holds today – is that Tibet had no authority to sign because it was under Chinese suzerainty at the time. And because China didn’t sign, its argument goes, the border is invalid. Furthermore, Beijing now argues that, since India has been independent since 1947, any agreement made by British India no longer stands. Instead, it recognises the old Outer Line, on the southern border of Arunachal Pradesh. The northern state border – the McMahon Line – is the international border recognised by India.

The agreement between Tibet and Britain at Simla was initially kept secret, and the McMahon Line was all but forgotten until 1935, when a civil servant in New Delhi stumbled across it and started pushing for its acceptance as the official border. In 1937, the McMahon Line began appearing on Survey of India maps as the official border, with the text “undemarcated” being the only indicator of its disputed status.

Things remained relatively quiet until 1950, after India’s independence from Britain and the creation of the People’s Republic of China. When Chinese forces entered Tibet in 1950, India objected but did not have the military capability to intervene. In 1954 the two countries signed the Sino-India Agreement, in which India recognised Chinese sovereignty over Tibet and the Five Principles of Peaceful Coexistence (or Panchsheel) were agreed on.

Up to this point, the eastern sector had been the main point of tension, but in 1956 China began constructing a road through the western sector. Later known as China National Highway 219, it stretched from Xinjiang province to Tibet through the Aksai Chin – a strategically important corridor that would allow troops to move rapidly between the two restive areas. Matters were further complicated in 1959 when Chinese forces entered Tibet and the Dalai Lama fled to India.

In 1960, led by Chinese premier Zhou Enlai, the two countries attempted to negotiate a “territory swap,” under which India would gain official control of Arunachal Pradesh in return for recognising Chinese sovereignty over the Aksai Chin. Diplomatic documents from the time show how intractable the issue was, with the two sides unable to agree on even basic aspects. The talks broke down and relations steadily deteriorated until they dissolved into all-out conflict in 1962.

After two decades of rocky relations, complicated by the cold war and China’s military support for Pakistan, the relationship began to thaw. Eight rounds of border talks were held during the 1980s, and Indian prime minister Rajiv Gandhi made a landmark visit to China, where the two sides agreed to maintain peace and stability along the Line of Actual Control and set up a joint working group to help defuse the border issue.

Since the Republic of India and the People’s Republic of China came into being in the mid-twentieth century, there have been three major periods of rapprochement in Sino-Indian relations. The first was the 1960–61 border negotiations, which ended with the 1962 war. The second was the period following the normalisation of diplomatic relations in 1976, of which Rajiv Gandhi’s visit was the high point, before relations again became fraught after the 1998 Indian nuclear tests. The third followed the 2003 visit of Indian prime minister A.B. Vajpayee to Beijing, which, in spite of some hiccups in recent years, including a military stand-off in Ladakh in September 2014, still continues.

Now, though, China is alleging that India violated the 1890 Anglo-Chinese convention by sending guards over the border into the Doklam/Donglang region – currently under Chinese control but claimed by Bhutan – and disrupting work on a road. Infrastructure construction has been used tactically by both sides to assert their control over contentious areas, most notably by China in the Aksai Chin in 1956, but also by India.

In retaliation, China denied access to a group of Indian pilgrims heading to a sacred site. India, meanwhile, is arguing that it intervened on behalf of Bhutan, with whom it has a “special relationship.” India exerts significant influence over Bhutan’s foreign and defence policies, and Bhutan is also the largest recipient of Indian foreign aid, receiving US$985 million in 2015–16.

As well as the military stand-off, public debate is raging in the two countries’ media – fuelled by official spokespeople and journalists alike – over whether successive Indian governments (and especially India’s first prime minister, Jawaharlal Nehru) really did recognise the demarcated Sikkim–Tibet border in the 1890 convention. Both the Indian and Chinese media have particularly strong nationalist elements, and the “hearts and minds” battle of the borders is often fought just as strongly as the military one. Maps are a similarly contentious issue in the relationship; in 2012, Beijing sparked ire in India by issuing passports with maps that showed Arunachal Pradesh and the Aksai Chin as part of China. New Delhi retaliated by stamping its own version on visas issued to Chinese citizens.

China has called the current skirmish “the worst in thirty years.” That’s certainly true in terms of sheer numbers – around 3000 troops on each side, compared to 1000 each during the 2014 Ladakh stand-off – but fails to take account of how relatively peaceful the border has been since the 1980s, especially compared to the early cold war decades. The tendency to see the China–India relationship through a prism of rivalry is strong (especially in recent years with the growth in both countries’ relative power), but the cost of a border war would still be prohibitively high for both parties. The two sides also tacitly agree to keep the wider relationship, especially in trade, insulated from border tensions.

Serious diplomatic and military skirmishes in 1998, 2006, 2009 and 2014 were all defused without a shot being fired, and the current stand-off shows no sign of being any different. The real wildcards, however, are the two countries’ leaders, Narendra Modi and Xi Jinping, both of whom base their rule on strong nationalist platforms. With neither leader inclined to accede to his adversary’s demands, this is where the real trouble could lie. •

Louise Merrington is an author and former visiting fellow at the ANU’s Australian Centre on China in the World. Her PhD examined conflict, rivalry and cooperation in the China–India relationship. 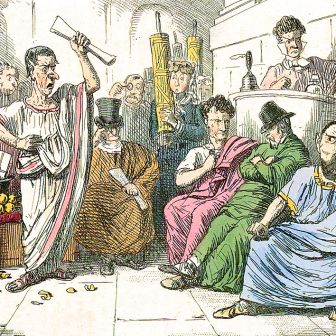 Books & Arts Funny things happened on the way to the Forum Brett Evans 12 July 2021 Even the Romans used jokes to drive home their point, though they tend to lose something in the translation
Close

Why we need full public funding of election campaigns 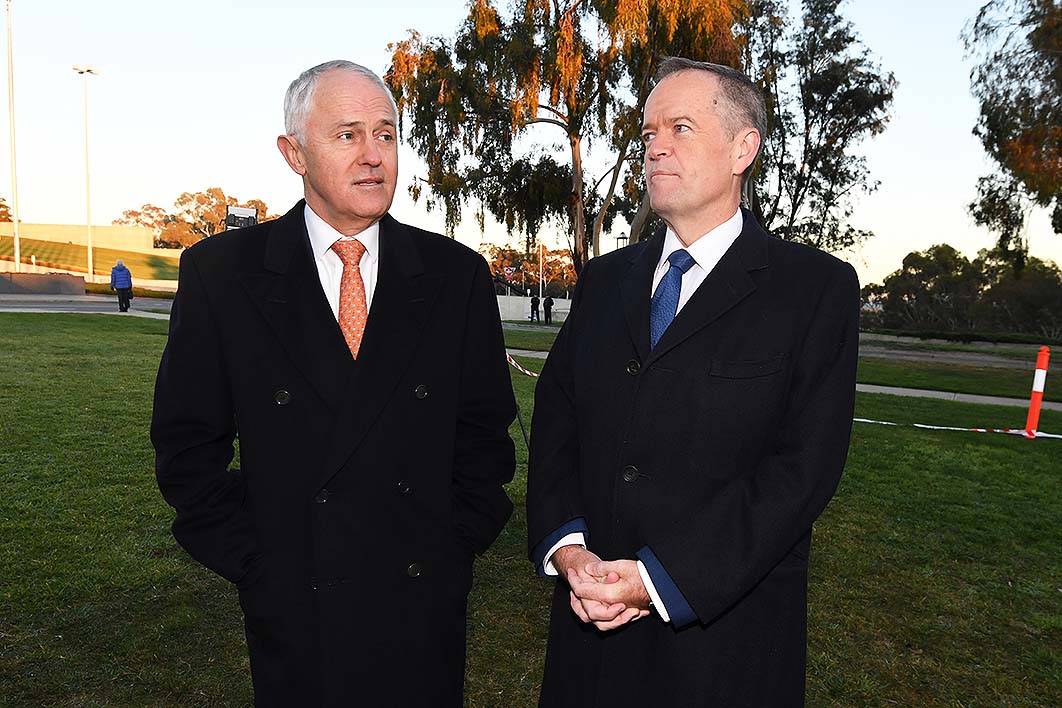