A new book argues that inequality is bad for everyone. And even critics concede that the United States is both unusually unequal and a poor social performer, writes John Quiggin 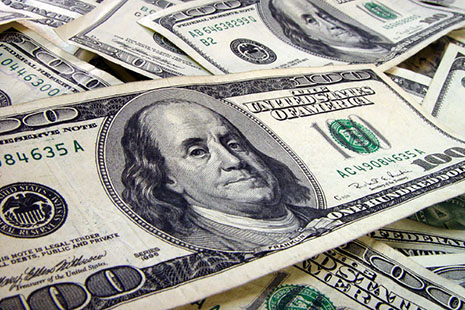 IN SOCIAL POLICY discussions, as in many other areas of human activity, ignorance is less of a problem than the things “everyone knows” but aren’t true.

“Everyone knows,” for example, that while it is better to be rich than poor there are offsetting disadvantages, particularly in relation to health. The rich are supposed to suffer from “diseases of affluence” like heart disease, compounded by the stresses of life at the top. “Executive stress” has become a cliché, reflected in the profusion of desktop toys and tchotchkes that are supposed to relieve it.

A few years ago, Michael Marmot’s The Status Syndrome demolished the myth of executive stress. Marmot pointed to the well-established research finding that, despite their busy lives, their Type A personalities and so on, senior managers are considerably less likely to die of heart attacks than the workers they order around. More surprisingly, Marmot found that even quite subtle differences in status, such as those between different grades in the British civil service, are correlated with substantial differences in health status and mortality rates.

In The Spirit Level, Richard Wilkinson and Kate Pickett build on Marmot’s work and other statistical evidence to produce a comprehensive case for the proposition that inequalities in income and status have far-reaching and damaging effects on a wide range of measures of social wellbeing, effects that are felt even by those who are relatively high in the income distributions.

Wilkinson and Pickett report two main types of statistical evidence. Following Marmot, they examine social gradients – in other words, the relationship between individual outcomes and positions on the social ladder. Here there are two main results. First, in all countries, there is a strong relationship between social outcomes and social rank, much greater than can be explained by income differences alone. Second, greater inequality within a country is associated with a steeper social gradient.

Wilkinson and Pickett also report cross-section studies in which a number of countries, or other jurisdictions such as US states, are compared. The standard statistical approach here is regression analysis, in which differences in social outcomes such as life expectancy are statistically related to inequality levels, in a way that controls for other sources of variation, such as mean income levels. Among the outcome variables considered are measures of life expectancy, health status, crime and “social capital,” such as trust.

The results are striking. Wilkinson and Pickett find a strong negative relationship between inequality and poor social outcomes. The relationship is statistically significant, and undiminished by the inclusion of relevant control variables.

While the evidence presented by Wilkinson and Pickett is striking, it is important to observe that their results will be viewed with some scepticism by many economists. Where Wilkinson and Pickett’s technique involves comparing a group of countries at a specific point in time, economists such as Andrew Leigh and Christopher Jencks (in their recent study of the correlation between inequality and mortality) prefer to examine the performance of individual countries across time. Their approach is designed to wipe out underlying local characteristics and focus on the impact of changes in inequality within a single country. They find a much weaker relationship between equality and positive social outcomes.

That finding is discouraging for those who would like to derive a knockdown case for policy interventions – more progressive taxes, for example – to promote equality. It reflects the fact that not only are some countries, such as the United States, both more socially unequal and more prone to poor social outcomes (absolutely and relative to what would be expected given their income levels) than others, such as the Scandinavian countries or Japan, but that these effects hold over time regardless of policy shifts.

If we also include “time fixed effects” in the analysis then the correlation between equality and positive outcomes weakens still further, to the point where it disappears altogether in some studies. Including this effect is intended to remove variations that affect all countries in a sample at a given point in time. This makes sense in many panel studies, but is harder to justify in the present context.

Time fixed effects are more difficult to interpret than country fixed effects, but broadly speaking the results show that, globally, variations in inequality have been positively correlated with divergences from the long-run trend in social outcomes. But year to year changes in inequality in any given country are essentially uncorrelated with year to year changes in social outcomes, and the same is true, for the sample as a whole, even if lags of up to two decades are considered.

This result is, on the whole, unsurprising. If we consider the kinds of social relationships that contribute to hierarchical attitudes, stressful low-status jobs and so on, it seems unlikely that they will vary over the course of a few years, or even over a few macroeconomic cycles. This is even more obvious in relation to social outcomes such as life expectancy, which are the product of lifetime experience rather than current income.

The United States is the obvious outlier in almost all studies of this kind. It is the wealthiest country in the world, the most unequal of the rich countries, and the poorest performer on a wide range of measures of social wellbeing, from life expectancy to serious crime, and even on such objective measures as average height. In some cases, the poor performance primarily reflects the continuing black–white divide. In other cases, however, all but the very richest groups of Americans have worse average outcomes than people with a comparable position in the income distribution in more equal countries, even though the average income of the non-Americans in these groups is much lower than that of the corresponding Americans.

We are left with a puzzle. Clearly, something has gone badly wrong in the development of the US social system, and other countries would be well advised not to emulate these failings. But the exact pattern of relationships remains unclear. The best option seems to be to promote equality and social solidarity in as many dimensions as possible. •

Charts from The Spirit Level >

John Quiggin is an Australian Research Council Federation Fellow at the University of Queensland.