The arc of justice

Journalism has a different role to play from the legal system. It begins with reporting the facts as the journalist understands them 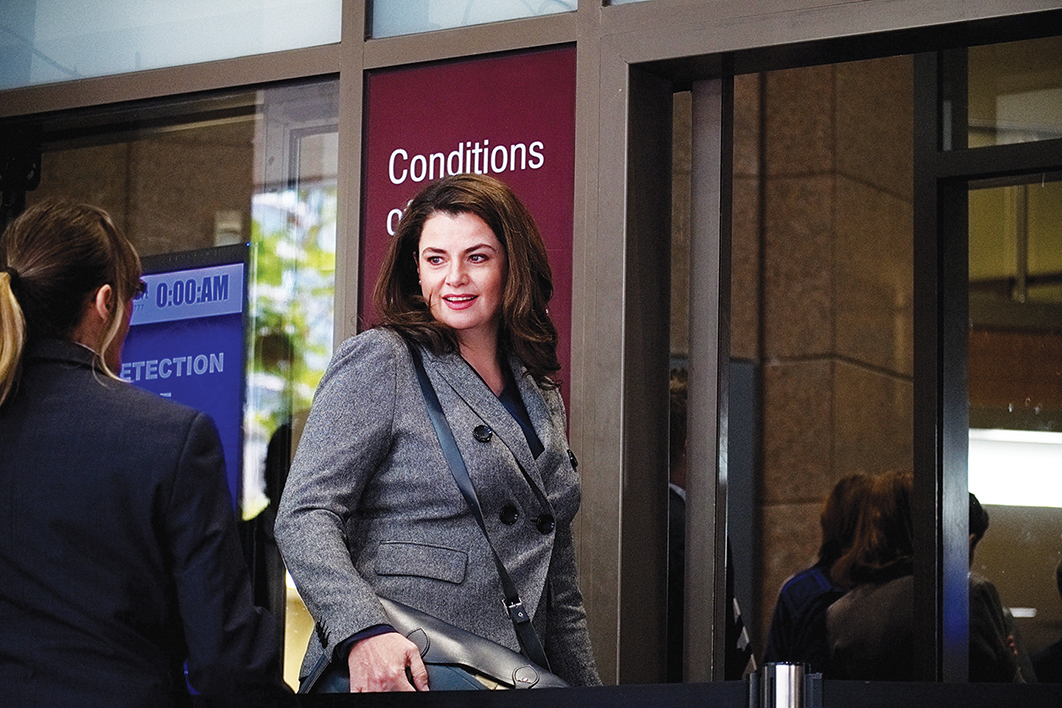 Memories can be short, and the fever of a particular time soon fades. That is part of the reason why journalists, once again, are being accused of advocacy and campaigning, as though this were a fresh issue and a novel pathology instead of an accusation made every time published facts cause power to be disrupted.

People forget, for example, that fourteen years ago Four Corners journalist Chris Masters, one of Australia’s most distinguished investigative journalists, made a program and then published a massively controversial book about radio shock jock Alan Jones. He analysed Jones’s political influence and revealed that he was gay — which was no secret but also not widely known. He published disturbing allegations about Jones’s relationship with the boys and young men under his care when he was a teacher and rugby coach.

Masters was predictably accused of both homophobia and left-wing bias. It was said that he would not have tackled a similar figure on the left of politics. He was also accused of unduly invading Jones’s personal life. “The subject here is power and abuse of power,” he responded. “It is what I have been taught to confront.” Those words could equally be used today by the women of the press gallery who are reporting on sexism and sexual abuse in the halls of power. They too have been accused of behaving like advocates rather than journalists.

Those words are especially relevant to the work of Masters’s successor, Louise Milligan, whose “Inside the Canberra Bubble” report screened on Four Corners last November. That program revealed details of cabinet minister Alan Tudge’s personal life, and specifically his affair with a staffer at a time when he was proclaiming the sanctity of traditional marriage.

Masters went on to say that his reporting was grounded in fact. It was a fact that Jones had been asked to leave the King’s School, with a “compelling reason” being his closeness to some of the students. “The story is mostly of emotional manipulation,” Masters said at the time. “It may not be the expected story. It is the story I found.”

Masters’s reporting is a useful point of reference for the controversies of the past few months, not only because it crossed the public–private divide but also because of decisions made by the ABC. Having aired the program on Alan Jones, the public broadcaster controversially reneged on its agreement to publish Masters’s book.

Although critics suggested that the politically stacked board had inappropriately intervened, documents released under freedom of information legislation showed that senior executives were the key decision-makers. They decided that the ABC’s book publishing arm was a commercial venture, not core business, and the likely defamation action against Masters’s book would be too expensive. The book was published by Allen & Unwin and became a bestseller. Jones didn’t sue.

At the time, social media barely existed. Today, the ABC will have to defend the social media activity of Louise Milligan, as well as its “core” broadcasts and publications, in the defamation case brought by former attorney-general Christian Porter, the subject of a more recent Milligan report. From this we might conclude that the broadcaster has acquired some courage, or that it has become reckless, or is not in control of the social media presence of its reporters. The defamation action will be expensive, and consequential. Porter denies all the allegations against him.

Apart from Milligan and the women of the Canberra press gallery, the “campaigning and advocacy” accusation has been made recently against the ABC’s health reporter, Norman Swan. He annoyed the Morrison government in the earliest days of the pandemic by advocating for lockdowns and “go early, go hard” public health responses. The fact that the government often moved in line with his recommendations didn’t stop it from accusing him of overstepping the line of objective reporting.

Then there is the constant rumble of News Corp, with its own campaigns against issues and individuals — including its critics — usually in opinion columns but also discernible in news reports.

So how are we to assess these examples? It is easier to do from the perspective of history.

The case of Donald Woods, the journalist immortalised in the film Cry Freedom, is a prime example of how time can help clarify the relationship between journalism and advocacy. When Woods was writing about race relations in South Africa in the 1970s, he was seen as an advocate — in his case for the end of apartheid. The country’s government regarded him as so dangerous that it ultimately forced him into exile. But we now see him as a hero, because it is clear that his cause was just. It wasn’t so obvious at the time: indeed, he supported apartheid until his friendship with activist Steve Biko opened his eyes.

So let’s use the quest for justice as our measure. Are journalists speaking on behalf of those who lack power? Are they exposing facts that powerful people don’t want seen?

When they’re reporting on the victims and perpetrators of sexual abuse, good journalists are hardly likely to side with the perpetrators. Yet it is only recently that they have sufficiently interrogated the role of religious institutions in perpetrating abuse. Eyes had to be opened. That took time, and pressure from advocates outside journalism.

Awful complications arise when the reporting includes unproven claims against individuals — such as the allegations against Cardinal George Pell, and now against Christian Porter.

In defending Porter, prime minister Scott Morrison has made frequent references to the presumption of innocence, which is indeed a vital safeguard against autocracy, vendetta, error and mob rule. But the rule of law is not the only thing that matters. It is essential to a just society, but not sufficient.

For centuries the legal system has failed to achieve justice for women and children. Most sexual crimes don’t enter the legal process; even when they do, justice is hard to achieve. Good journalism can reveal that the laws themselves, or their administration, need to change. This is where it can make a difference, and it is the field in which journalists such as Milligan are working.

Publishing unproven allegations is desperately uncomfortable, legally fraught and hugely consequential — but it is a legitimate part of journalism. It should not be done lightly, and only when there is evidence (even if that evidence is short of proof) and public interest involved.

The differences between advocacy and journalism can be hard to discern in the heat of a controversy. The distinction is about facts and about justice — which implies a disruption of power.

Norman Swan is not a specialist in infectious diseases or vaccines, but he constantly talks to people who are, helped by relationships of trust built up during decades of responsible reporting. For the most part, what he advocates is the logical conclusion from the facts. This is good journalism.

Australian political reporting, meanwhile, is in the middle of a paradigm shift. The ABC’s 7.30 anchor, Leigh Sales, has summed it up, saying that she is reconsidering her “unspoken rule” that politicians’ private lives are out of bounds. “Have I been educated in, and almost brainwashed, into a system that has protected powerful men at the expense of women?” she asks.

I don’t think I have ever encountered a student who says at the outset, “I want to objectively report in formulaic prose and never disclose my own opinion or personality, nor act against injustice.”

In a well-run journalism class, students will learn that journalism does change the world, and for the better. Usually it does so incrementally, and chiefly by publishing facts, including facts previously overlooked or hidden. Journalists will seek out and publish all the relevant facts, including those they wish they hadn’t unearthed. Advocates will seek out and privilege convenient facts, closing their eyes to others.

Not every piece of journalism in recent months should get a clean bill of health. I get worried when I see journalists — often on social media — pushing for a particular legal outcome, or assuming that published allegations must necessarily be true, or ought to be true, even when they haven’t gathered sufficient evidence to inform a proper story.

The justice system has its role, and journalism has a different, broader role. Each should respect the other. The arc of justice is easier to perceive in retrospect than in the mess of the day-to-day, but in the meantime journalists and their audiences should keep in mind that the simple act of publishing facts can be radical and world-changing.

Without facts there can be no effective advocacy. Reporting must come first. •