The art of being prime minister

Books | How did eleven men and one woman fill the most difficult role in Australia’s postwar political dramas? 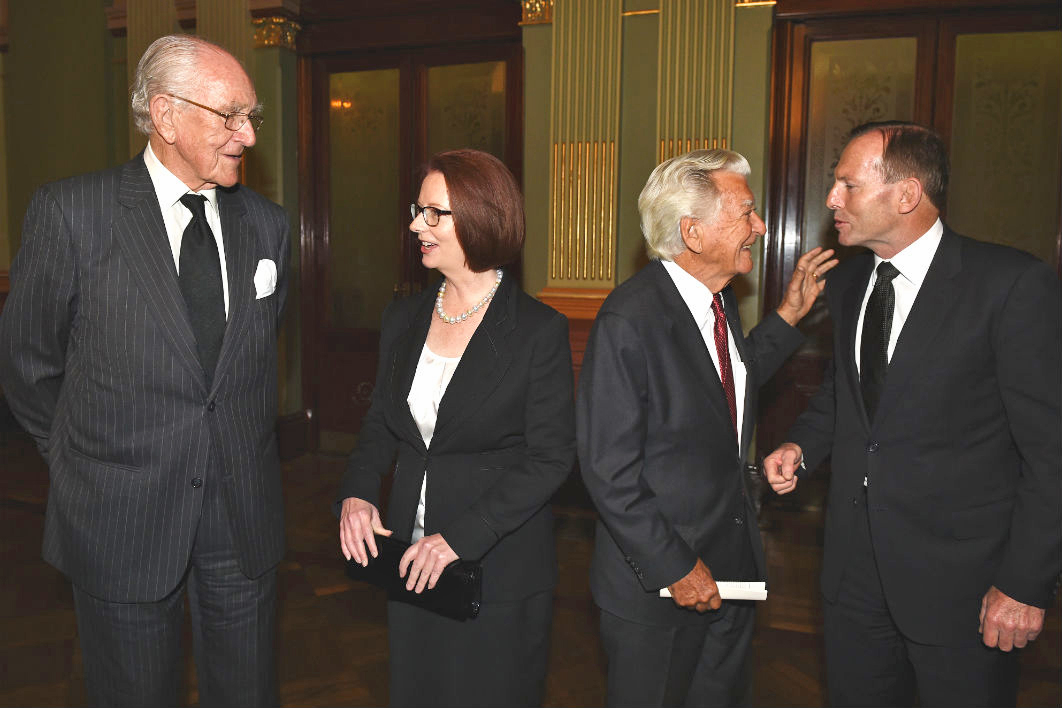 How prime ministers attain power is always fascinating, with ambition, skill, luck, ruthlessness and occasionally bastardry all coming into play. And how they lose it is invariably the stuff of drama, both high and low. But in between winning the office and vacating it (almost always unwillingly), they have a role to perform and, while it lacks the drama of their coming and going, we need to know more about it to make any sense of the political process and those who drive it.

That is what the three authors do here in the second volume of their meticulous study of the Australian prime ministership and its evolution, taking up the story begun in their first volume, Settling the Office. They focus on the modus operandi and, most importantly, the legacy each prime minister has left in his or her shaping of the office, and of the machinery of government in general.

The prime minister has increasingly become the focus of government. But, as the authors remind us, prime ministerial leadership seldom, if ever, reflects the actions of one individual, however gifted. It is about relationships formed at the centre of power — those webs of influence, both formal and informal, that radiate from the prime minister’s desk.

The challenges are daunting: promises have to be kept as well as broken; an electorate has to be carried along; a party’s confidence needs to be maintained; ambitious or hostile colleagues must be managed; parliament needs to be handled, and if possible, dominated; an opposition must be bested — and all these things before actually running a country. It’s no wonder that stumbles and falls are not uncommon.

Opening this volume is a chapter on the redoubtable Robert Menzies, the man who returned from the political dead, founded a new party and dominated the political stage for a generation. In their treatment of Menzies, the authors just might have produced the most finely nuanced account to date of this still enigmatic figure, who had the ruthlessness and political gifts not only to come back from ignominy and humiliation, but also to survive at the top for so long, thanks to guile, luck and some remarkable public servants whose talents he astutely employed.

Menzies had failures as well as triumphs, and his efforts to project himself onto the international stage met with disappointment. Because he couldn’t see that the world was changing, he repeatedly found himself on the wrong side of history, a walking anachronism. But the authors, scrupulously fair, give him unstinting credit for his often overlooked role in developing the professionalism of the Commonwealth public service.

For all his flaws, Menzies came to define the prime ministership. It fell to his successor Harold Holt (“Young Harold,” as Menzies liked to call him) to try to fill those vast shoes after the great man, alone of all prime ministers, left at the time of his own choosing in 1966. It was never going to be easy, with the party keenly attuned to any perceived departures from orthodoxy, but Holt was quickly overwhelmed by the problem of the Vietnam war and the growing public protests, along with a troublesome cabinet over which his grip was far weaker than that of his imperious predecessor. But Holt was more aware of the need to communicate than Menzies had been, and his rearrangement of relationships with the media was a major achievement.

Like Holt, the unorthodox John Gorton struggled for traction in the post-Menzies era, inheriting a fractious party and determined enemies. But through his administrative arrangements — most notably the appointment of the formidable Lenox Hewitt to run his department — he was responsible for giving public servants the more assertive policy role that would be accepted by subsequent administrations.

William McMahon, the man who toppled Gorton in 1971, left little in the way of lasting achievements. He was, the authors write, “the manipulative schemer who did whatever it took to get to the top, and once there, did not know what to do with the prize.”

At the end of 1972, he was defeated by a resurgent Labor Party under Gough Whitlam, and the innovative “It’s Time” campaign inaugurated what was a new era for the country and, especially, public administration in Australia.

Whitlam, who had to refashion the Labor Party in order to win office, is seen here as one of the three great opposition leaders, along with the wartime John Curtin (1941–45) and Menzies, each of whom devoted much time and energy to policy development and party rebuilding before assuming office.

If the public service had grown in both professionalism and influence in the postwar years, Whitlam, while acknowledging its qualities, took administration in a new direction. While the public service would remain a key source for policy advice, that advice would now be contestable; and this became the catalyst for “a fundamental amplification of executive power.” The aim was to bring advisory networks, developed and cultivated in opposition, into government, in the belief that multiple sources of advice would ensure robust debate.

Under the “leader-centric” Gough Whitlam, the prime minister’s office assumed a new and vastly expanded role in managing government priorities, coordinating across portfolios and performing the difficult task of separating political demands from policy objectives. But it was too small for such a complex brief, and much of the work was eventually shifted to an expanded Department of Prime Minister and Cabinet.

While it was initially over-ambitious, Whitlam’s network approach reached out into the party, academia, the media and the community in a way that was never open to the public service. It remained an important function of the prime minister’s office, and would be employed to varying degrees by his successors.

The activist role of government championed by Whitlam created difficulties as much as opportunities, and the government was soon embroiled in energy-sapping disputes with the states, key stakeholders and the bureaucracy itself, especially over the role of Treasury and its concerns about expenditure. It soon became “government by crisis,” with the authors tracing the decline of his government to policy overreach, poor judgement and policy incoherence.

Whitlam’s leader-focused approach was assumed by his successor, Malcolm Fraser, who boosted the resources of his private office and his department in order to widen the range of policy options. Fraser’s leadership style was characterised by intense application, immense demands on his staff, advice from personal networks and an unrelenting workload for his ministers. Fraser, in time, would also be accused of running a government by crisis on which he appeared to thrive.

Interestingly, just as Menzies was seen as being on the wrong side of history, the authors see both Whitlam and Fraser as looking back rather than dealing with the world as it had become: Whitlam to the social democratic ideals of his Labor predecessors John Curtin and Ben Chifley, Fraser to “the restoration of managed prosperity that had prevailed prior to the rude interruption of Coalition rule in 1972.”

The charge of looking back could never be levelled at Bob Hawke, who succeeded Fraser in 1983, or Paul Keating, who toppled Hawke in 1991. With the radical restructuring of the Australian economy and their rejection of shibboleths, “the Hawke and Keating governments arguably represent a peak in the authority and efficacy of the Australian prime minister.”

Hawke, who Keating served as treasurer, brought the gift of managerial flair to the prime ministership, operating “as the spider in a carefully constructed web of core executive arrangements.” While avowedly hands-off, Hawke’s imprimatur — or at the least his acquiescence — was necessary for every major initiative.

Like Fraser before him, Hawke was committed to strengthening the prime minister’s institutional resources and demanded that the public service be responsive to his government’s views. Aware of the chaos of the Whitlam years, he insisted on strict cabinet solidarity.

Keating, who was determined to put his own stamp on the job, had a style all his own, “the most explicit, romantic and aspirational view of political leadership” of all prime ministers to date. Yet, in his desire he badly strained relations with his own party organisation, seeking to run election campaigns out of his own office and on his own terms. Gradually, his office became the centre of government at the expense of cabinet, and ministers were kept away from him.

Keating’s 1996 election campaign was disastrous. His rejection of advice essentially handed victory to John Howard who, like Menzies before him, had returned after losing the leadership. Building on his predecessors’ work, Howard further consolidated prime ministerial government by developing the executive and public service resources available to him. His command of the communications effort controlled debate and maintained discipline, in the process “developing a machine of unparalleled influence.”

His Labor successor, Kevin Rudd, established his public image in opposition, largely on a morning television talk show, but after his successful Kevin 07 campaign in 2007, he came to believe his power derived from the public rather than caucus or cabinet. Coupled with his propensity to micromanage, this disregard for his colleagues proved too much for the party, which revolted and dumped him. His successor, Julia Gillard, had policy successes, but failed to communicate them to the electorate.

Kevin Rudd returned briefly, lost the 2013 election and was succeeded by Tony Abbott, who also saw the merits in a powerful private office — but his influential chief of staff, Peta Credlin, eventually proved to be a major factor in the party’s turning against him.

The paradox identified by the authors is that the increased power and influence prime ministers have been able to accumulate has made them even more vulnerable, reinforcing their centrality and boosting public expectations. The modern prime minister is higher up the scale, to be sure, in terms of actual power wielded, than earlier incumbents, but he or she has, as a consequence, further to fall, and many have in recent years.

The Pivot of Power is a most valuable addition to our national story, and as a tract on the increasingly complex field of public administration it highlights the increasingly perilous path PMs must walk in simultaneously holding onto power and somehow directing the affairs of a nation. It has become, in some ways, an impossible job. • 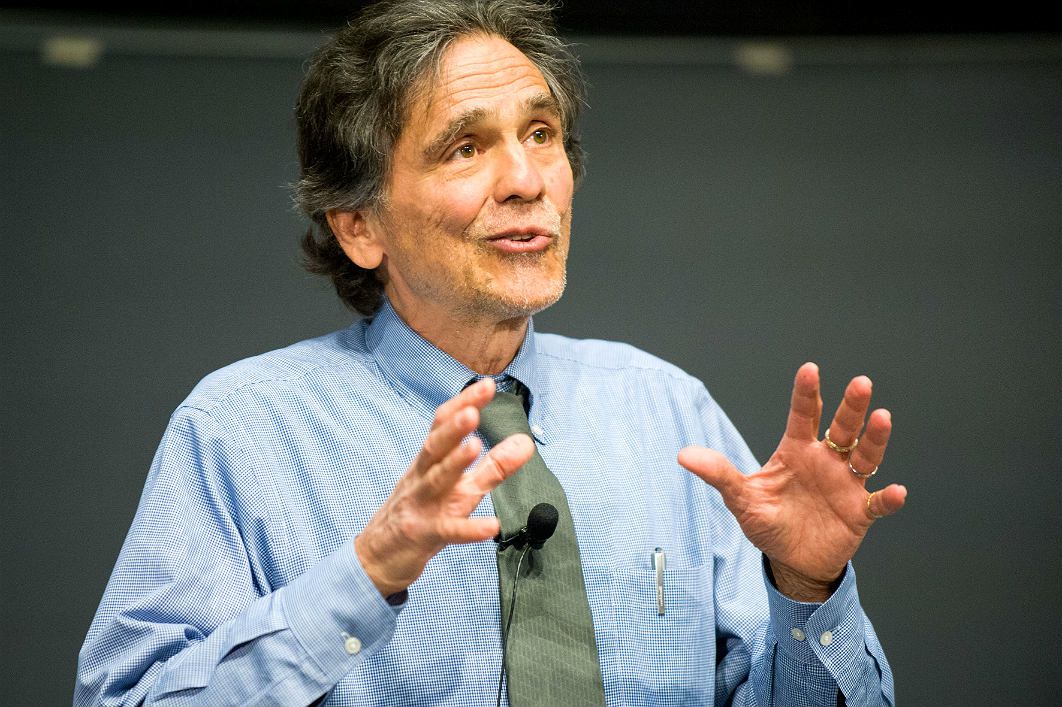