The art of funding

Music | Arm’s-length decision-making and peer review have gone hand-in-hand at the Australia Council, writes Andrew Ford. But they are not the same thing 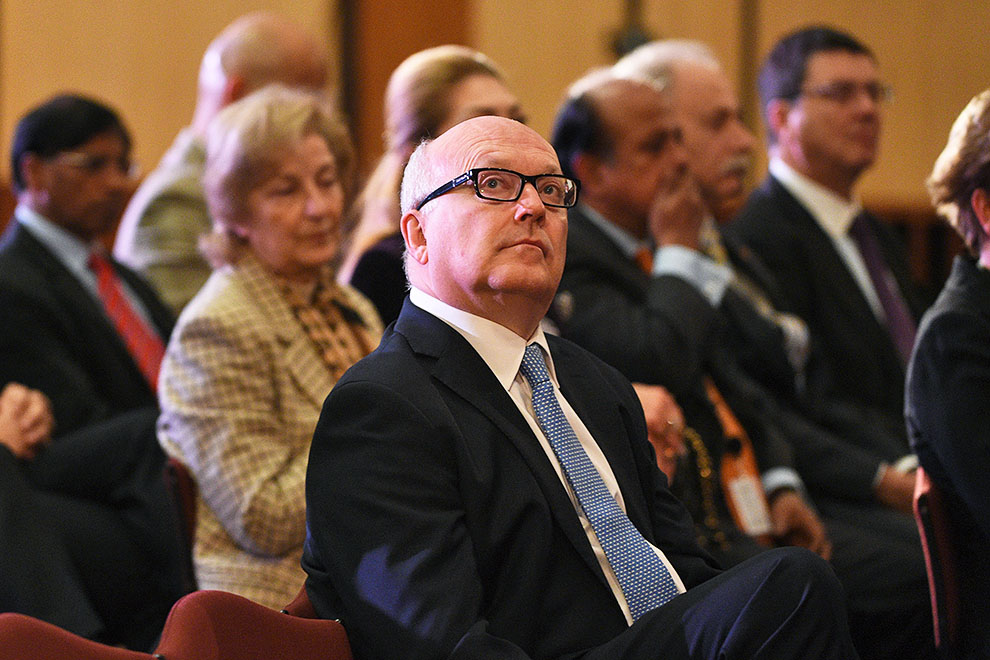 Two months ago the federal budget announced that $104 million previously allocated to the Australia Council, the Australian government’s arts funding and advisory body, would now be siphoned off into a National Program for Excellence in the Arts, or NPEA, to be run by the arts ministry itself. The minister, George Brandis, explained that since this $104 million (over four years) would still be going to arts organisations, the arts as a whole would be no worse off.

Still uncertain is the question of how the funding will be distributed, though it appears it may not be an arm’s-length process. And the recent announcement that the NPEA will have $20 million a year for four years (“subject to the availability of funds”) seems at odds with the minister’s reassurance that there would be no reduction in the overall amount of arts funding. Four years of $20 million is $80 million, precisely $24 million short of the sequestered amount.

The cuts to the Australia Council’s funding will not directly affect any of the major arts companies – Opera Australia, the Australian Ballet, the state orchestras and theatre companies – because their funding is guaranteed. Indeed, there is a chance they will receive more funding since there is nothing to stop them from applying to the NPEA. The funding cuts will affect smaller companies like Synergy Percussion, the Song Company, Gondwana Choirs, Chunky Move, Circa and the Australian Art Orchestra; they will also affect individual artists, who are ineligible to apply to the NPEA.

No one can be surprised that these smaller arts organisations, many of them with long and distinguished records of producing top-class work, have been vocal in their opposition to the cuts. Responses from major companies have ranged from the grateful to the silent. According to Crikey, these companies had been pressured by the ministry not to make adverse comments. When asked if this was true, Crikey reported, the Sydney Theatre Company replied, “No comment” (which isn’t the same as “Certainly not, and how dare you suggest we would ever cave in to political pressure!”).

The whole situation is dispiriting, principally because many small and medium-sized arts companies are likely to go to the wall over the next eighteen months, and with them the livelihoods of very many artists. But it’s also dispiriting because there is now mutual antagonism between artists who were once colleagues but are now competitors, and particularly between the small companies and the large ones.

Much of the debate is hard to disentangle because of the loose language employed on both sides. For example, even as some political commentators label the small arts companies “inner-city elites,” some of the artists who work in those smaller companies have been applying the same epithet to the major organisations. Politicians on both sides have hurled the words “elite” and “elitist” as insults for decades now without ever saying what they meant by them (cliché is the opposite of clear thinking as much as clear speaking) and I would like to suggest we ignore all comments that resort to using these words pejoratively.

Another disappointing though entirely predictable aspect of the debate has been those same commentators reverting to the “emperor’s new clothes” line about contemporary art, complete with one or two examples of what they see as a ridiculous waste of money and aesthetic absurdity. Of course there will be failure in the arts; of course there will be bad art. But to use individual examples to attack all of music or all of theatre is patently silly. It’s like saying that because some of our politicians are corrupt and some of our media commentators plagiarists, they all are.

Moreover, there are those who take the extreme view that if art is worthwhile it will pay its way. Quite apart from the fact that this is an argument against Brandis’s ministry, the NPEA and the major organisations as much as against individual artists, it is also nonsense, both historically (artists have always had subsidy – in pre-democratic times from princes and popes) and economically (subsidising the arts generates vastly more money than it costs).

Many of the artists most likely to be affected by the redistribution of funding have taken exception to the use of the word “excellence” in the title of the new program, though in fact “excellence” has long been a criterion of funding for the Australia Council too, and when all is said and done, doesn’t it just mean high quality? Surely there’s nothing wrong with that!

But who decides what high quality is? Here is the nub of the matter. And it brings us to the subject of arm’s-length funding and yet more confusion.

Back in 1968, when H.C. “Nugget” Coombs was advising prime minister John Gorton on the setting up of the Australian Council for the Arts (as it was), he stressed the importance of arm’s-length funding as a way of diminishing the possibility of political interference in the arts. That principle has been upheld by every subsequent federal government. Handing over the money to the Australia Council for distribution took government out of the decision-making, but the Council’s method of distributing the funds involved a further step, namely peer review. The employees of the Australia Council are bureaucrats; the decisions regarding which projects, individuals and organisations receive funding are made by panels of other artists and arts workers – by the applicants’ peers.

Like democracy, peer review is not without its faults. Brandis hasn’t quite spelt it out, and I don’t wish to put words into his mouth, but my sense is that he believes there has been cronyism in some of the decisions made by members of these panels. Perhaps the reason he hasn’t spelt this out is that it is very hard to prove. Modern government doesn’t always require evidence for its policy-making – hunches, innuendo and prejudice will do – but Brandis would not be alone in having these doubts. Any artist who has been knocked back by the Australia Council (and that is nearly every artist who has ever applied, including me) will have harboured dark thoughts about the legitimacy of the decision-making process. You look down the list of people on the panel and you think, “Ah yes, she’s always hated me” and “I bet he’s still holding that grudge.” It’s human nature to blame the process.

The healthy attitude to rejection is to shrug and then apply again. Maybe next time you’ll be lucky. Despite the numerous knock-backs I’ve had from the Council over thirty years of funding applications, I have more often been successful. Indeed I owe my career as a composer, in no small part, to the Council’s funding. I doubt there has been much if any cronyism in the funding decisions of the council – the sheer diversity of the changing panel memberships would militate against that – and my general feeling is that peer review works pretty well.

But even as we defend “peer review” we must continue to be careful with terminology. As I’ve followed the discussion in the press and on social media, I’ve noticed the terms “arm’s-length” and “peer review” used interchangeably. In fact they are not the same thing. You can have arm’s-length funding that is not peer reviewed. That is how our arts festivals are run – not by committees, but by artistic directors, knowledgeable experts with big visions. It is unreasonable to expect vision from a panel of peers from different states and different areas of the arts, people who don’t even know each other very well.

So while I support peer review, not least for its grassroots involvement, I admit it is not perfect. There are other ways of funding the arts that may be just as fair, are almost certainly more efficient and would arguably result in bolder decision-making. The arts in Australia could do with an injection of boldness, and if that is what George Brandis wants, it is not too late for him to introduce arm’s-length funding into his NPEA, without peer review.

The alternative would be arts funding by the ministry behind closed doors. Then we could really talk about cronyism. •