The asylum freeze and international law

Like the previous government’s asylum processing freezes, it’s likely that last week’s decision is based on an overly optimistic assessment of conditions in source countries, writes Savitri Taylor, and breaches Australia’s international obligations 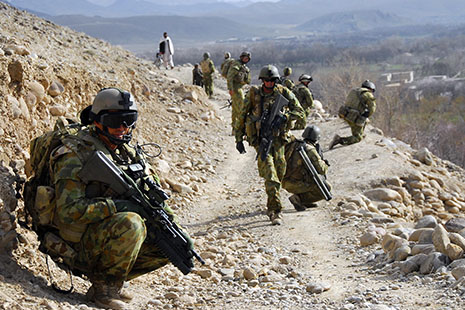 ON 9 APRIL the immigration minister, Chris Evans, and his colleagues Stephen Smith and Brendan O’Connor issued a joint media release announcing “Changes to Australia’s Immigration Processing System.” The takeaway message came in the very first sentence: “Effective immediately, the Australian government has today introduced a suspension of the processing of new asylum applications from Sri Lanka and Afghanistan.” Following this statement came 2144 words (yes, I counted) of elaboration and justification, and since the announcement thousands more words have been written by way of commentary. Many lawyers have questioned whether the suspension is consistent with domestic law as it stands and have raised the possibility of a legal challenge. But Julian Burnside cut to the heart of the matter when he pointed out that, in the domestic sphere, the passage of legislation is all that is required to provide a sound legal basis for implementation of the new policy. There is no doubt that any necessary validating legislation would get the support of the Coalition in the Senate and would therefore pass.

The government has said that processing of Sri Lankan nationals will be frozen for an initial period of three months commencing on 9 April; for Afghan nationals the freeze will be for an initial period of six months commencing on the same date. The freezes apply to all Sri Lankan and Afghan asylum seekers arriving in Australia on or after 9 April, regardless of mode of arrival. In other words, it applies to those who arrive by plane as well as those who arrive by boat and to those who enter on a visa as well as those who do not. The freezes will be “reviewed” at the end of the initial periods, leaving open the possibility of their continuation. The details of the policy fit with the expressly articulated rationale: that conditions in both Sri Lanka and Afghanistan are improving so rapidly that individuals who are either clearly or arguably refugees now may well fall outside the refugee definition if the assessment is made after the current freezes end. According to the government, it does not wish to grant permanent residence on the basis of protection needs to people who may, in the very near future, be found not to have such needs.

For reasons that continue to baffle me, the government went on to devote over half of the very long media release to outlining all of the measures it is taking to combat people smuggling. It surely was mindful of the fact that this would create a strong impression that the processing freezes were also intended as anti–people smuggling measures. Stephen Smith compounded that impression a couple of days later by saying, “We’re not asserting or suggesting that this will stop the flow of boats in the short term, but it does send a message to the people smugglers and to their potential prey, that if you come to Australia, from Sri Lanka or from Afghanistan, there’ll be a three or a six month pause and you will not be guaranteed a visa.” As anti-smuggling measures, the processing freezes make no policy sense. First, Sri Lankans and Afghans who have not been assisted by people smugglers will be subject to the freezes and, conversely, nationals of other countries who have been so assisted will not be. Secondly, it is implausible that the processing freezes would deter even Afghan and Sri Lankan asylum seekers from travelling to Australia (with or without the assistance of people smugglers) in either the short or long term. Unless there is an additional element to the policy that the government has yet to disclose – for example, a determination to renew the processing freezes for as long as it remains in power and/or to reject all Sri Lankan and Afghan asylum claims from now on regardless of merit – travelling to Australia is still likely to be the least worst choice for those who have any choice at all.

All that the government has accomplished by entangling the processing freezes with the people-smuggling problem is to grant a free kick to the opposition by enabling it to gain traction with its claim that the policy is, in Tony Abbott’s words, “an admission by the government that it was always pull factors – not push factors – that was causing the flow of boats.” The government’s political ineptness is not, however, pertinent to the question of whether the processing freezes place Australia in breach of its international obligations or expose it to the risk of such a breach. It is to that question that I now turn.

As long as the Sri Lankan and Afghan asylum seekers whose claims have not been determined are allowed to remain here, Australia is fulfilling its obligation of non-refoulement – the obligation under the Refugees Convention, human rights treaties and customary international law to refrain from removing individuals to places in which they would face serious violations of their human rights. This is not, however, the only international obligation that Australia has in relation to asylum seekers and/or refugees.

Article 3 of the Refugees Convention provides that states must apply its provisions to refugees “without discrimination as to race, religion or country of origin.” More broadly, article 26 of the International Covenant on Civil and Political Rights essentially prohibits discrimination “in any field regulated and protected by public authorities.” A difference in treatment between individuals or groups only amounts to discrimination, however, if there is no “objective and reasonable justification” for it. I am no expert on conditions in either country, but those with the relevant expertise have cast considerable doubt on whether the government’s stated justification passes this test in respect of either Sri Lanka or Afghanistan.

Apart from the probably valid charge of discrimination, the main international legal criticism of the government’s new policy is that it will lead to arbitrary detention in breach of, for example, article 9 of the International Covenant on Civil and Political Rights. This outcome does not flow from the suspension of processing alone but from its conjunction with the policy of mandatory detention, which the government has expressly stated will continue to apply to all “irregular maritime arrivals claiming asylum… including those subject to the suspension.” Given that the conjunction exists, the cogency of the criticism is beyond question. Detention is “arbitrary” if it is not permitted by domestic law or is not a necessary and proportionate means of achieving a legitimate end. While protecting the community and ensuring failed asylum seekers are available for removal are considered internationally to be legitimate purposes, detention must still be a necessary and proportionate means of achieving those purposes. The only way to ensure that the requirements of necessity and proportionality are met is for detention decisions to be made on a case-by-case basis. The “necessary” criterion is satisfied if it can be shown that there is no other, less restrictive, means of achieving the end in question in the particular case. Satisfaction of the “proportionate” criterion requires demonstrating that the importance to society of the end to be achieved by detention outweighs the importance to the individual of his or her liberty.

Detaining unauthorised maritime arrivals without regard to their individual circumstances already exposes Australia to the risk of breaching article 9 of the International Covenant on Civil and Political Rights, even in relation to those who are not subject to the processing freezes. Superimposing processing freezes will increase the likelihood that the detention of those who are affected will cross the line from being justified to being arbitrary before their status is determined and they are released or removed. This is because the negative impact of detention on the individual tends to increase as the duration of detention increases. The longer the period of detention, the more difficult it becomes to describe the detention as a proportionate means of achieving any legitimate end.

Processing freezes are not a new development in Australia’s handling of asylum seekers. In the immediate aftermath of the toppling of the Taliban regime in Afghanistan, the Coalition government imposed a processing freeze on Afghan asylum claims which lasted until early 2002. Similarly, at around the time of the overthrow of Saddam Hussein the government froze the processing of Iraqi asylum claims, a decision that was reversed in April 2004 when the immigration minister, Amanda Vanstone, conceded that “we thought things might settle down [in Iraq]. We think perhaps that is not the case…” All that those two freezes achieved was a prolongation of human misery, because in each case the government’s assessment of the probable trajectory of change in the country concerned proved entirely too optimistic. I doubt things will turn out any differently this time around, but I would be happy to be proven wrong. After all, if conditions in Sri Lanka and Afghanistan do improve beyond recognition in the space of three or six months then everybody wins, not just the government. •

Savitri Taylor is a Senior Lecturer in the School of Law at La Trobe University.

The subtle art of collaboration 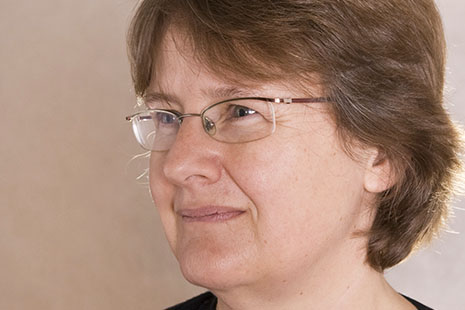