The beat of a different drum 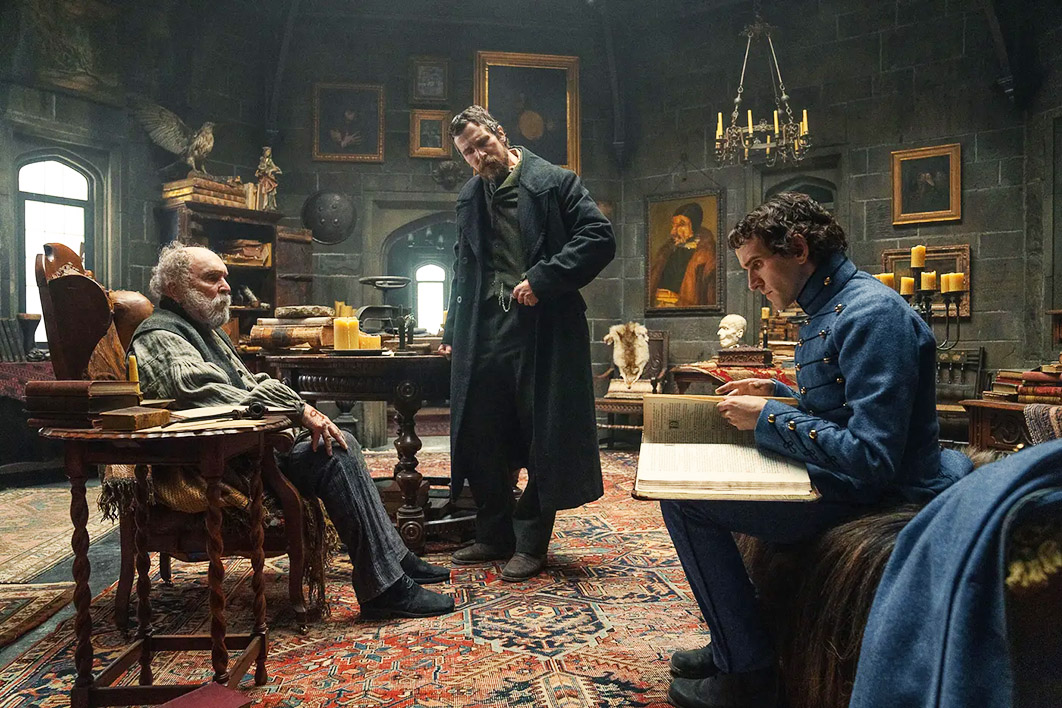 “The heart is a symbol or it is nothing. To remove a man’s heart is to traffic in symbol. Who better equipped for such labour than a poet?” The question is posed by a military cadet named Edgar Allan Poe, whose own aspirations to the poetic life are temporarily on hold while he is subject to the training regime at West Point Academy.

West Point in the 1830s was a remote spot on the Hudson River, surrounded by woods and subject to deep freeze in the winter months. This is the setting of The Pale Blue Eye (Netflix), a dramatic exploration of what director Scott Cooper calls Poe’s “origin story.” Taking the writer’s literary style as its model, this story — drawn from the novel by Louis Bayard — also has a narrative of its own: part Gothic melodrama, part detective story.

But Poe’s style is a stranger hybrid than that. “Landor’s Cottage,” the prose fragment that became the starting point for Bayard’s tale, reads now like a winning exercise for an elite creative writing course. The cottage that is its focal point is described with the precision of an architectural drawing, the surrounding landscape evoked in photographic detail, and yet… there is actually no story here.

Poe breaks off at the point where the cottager Landor appears, and that is where Bayard takes up the challenge. Acknowledging Poe’s achievement as the creator of the first modern literary detective in The Murders in the Rue Morgue (1841), he turns Landor into a retired police officer called in to investigate a sudden and troubling fatality at West Point. Landor recruits a misfit cadet fourth classman, Edgar A. Poe, as his right-hand man.

Bayard is not good at plots. This one quite literally blows up in the middle and, for all the courageous efforts of Cooper and his resourceful editor Dylan Tichenor, the film comes close to absurdity in its climactic scene. What rescues the story, in dramatic terms as on the page, is the very thing that would send most producers running a mile: a genius for the formalities of language.

Fortunately, one of the film’s producers is Christian Bale, who takes on the role of Landor, and whose dramatic instincts are unerring. The go-ahead for the film came after an audition tape for the role of Poe arrived from Harry Melling. Those who have seen Melling as the spoiled, overweight brat Dudley Dursley in the Harry Potter films will be unlikely to recognise him in this latest incarnation.

A lean and angular presence with eyes that transfix, he looks uncannily like the best-known portrait of Poe. As significantly, he gives voice to the character in a way that brings out all the calculated formality of the original. As he speaks, “the jib of the jaw [and] the slicing motion of the hands” described by Bayard are accentuated by candlelight.

Landor, who believes that the one speaking is generally the weaker party in a dialogue, lets Poe do most of the talking and decides to enlist him as an assistant in the murder investigation. This is a cadet who marches to the beat of a different drum, and he soon becomes not so much an assistant as the medium through which Landor is figuring it all out.

There is a fine rapport between the two actors. They create a counterpoint with strong humorous tendencies: Melling engaging in stylised exaggeration as he portrays Poe’s tendency to act things out, Bale playing it straight, enjoying the display and finding ways to prompt it, as if to see where it might go.

The scenes between them are scripted with a pace and precision that is true to Bayard’s meticulous counterfeit of Poe’s literary prose. “Precision is all,” as Landor insists, but it is the young Poe who turns out to be the master of it, having schooled himself in spherical geometry and Lacroix algebra.

And so, in spite of the debacle in the central plot, the narrative lines around it make a fascinating weave. Cooper made a decision to cast British actors in most of the roles because, he says, they had better command of the language, and that has certainly paid off.

Distinguished veterans Timothy Spall, Simon McBurney and Toby Jones, used to forming an ensemble, bring unexpected edges and intriguing subtleties to the roles of Superintendent Thayer, Captain Hitchcock and Doctor Marquis, who gets to perform a succession of grizzly autopsies. Gillian Anderson plays on the verge of parody as Marquis’s wife in an exquisitely mannered first appearance, then turns the dial up to create bizarre turbulence in later scenes.

Yes, it’s a heavily male-dominated dramatis personae, but the course of events is triggered by forms of tension generated in a nineteenth-century military academy where women are encountered only as an exotic diversion on “Flirtation Walk.” At the heart of the tragedy, though, are mothers, daughters, and women as the idealised objects of love.

The Pale Blue Eye brings out the strong psychological fascinations of the story, especially those associated with the role of the detective as investigator of human nature itself. Poe quotes the classical poet Terence: “I am human. Nothing human is alien to me.” Who better to remove a man’s heart than a poet?

What makes a brilliant detective, in the classic tradition of the genre, is a capacity to recognise the potential killer in oneself and to inhabit the psychology of the most dangerous criminal. Explored through intricately probing dialogue between the detective and his chosen confidant, as the Sherlock Holmes stories continue to demonstrate, this makes compelling drama.

Long scenes in which the two men sit opposite each other, talking late into the night, are superbly enhanced by cinematographer Masanobu Takayanagi, who captures many shades of darkness behind the sputtering candles. He picks up on all the subtleties of Bayard’s visual evocations, avoiding the cliché of snowbound forests to take us through the cracking branches of woods “lacquered with ice.”

Even in a gothic murder story, the real hooks for an audience are in atmosphere and psychological intrigue rather than all-too-predictable scenes of gory mayhem. • 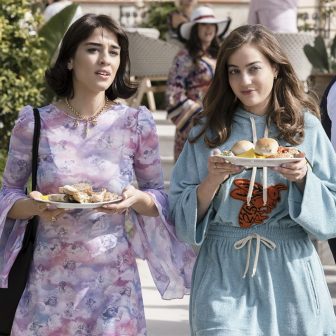 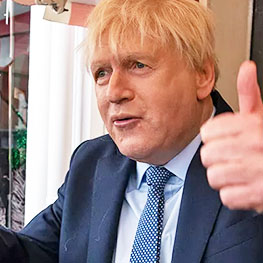