The clash of the panels

Television | In a fraught political environment, The Drum and The Project offer distinctive perspectives 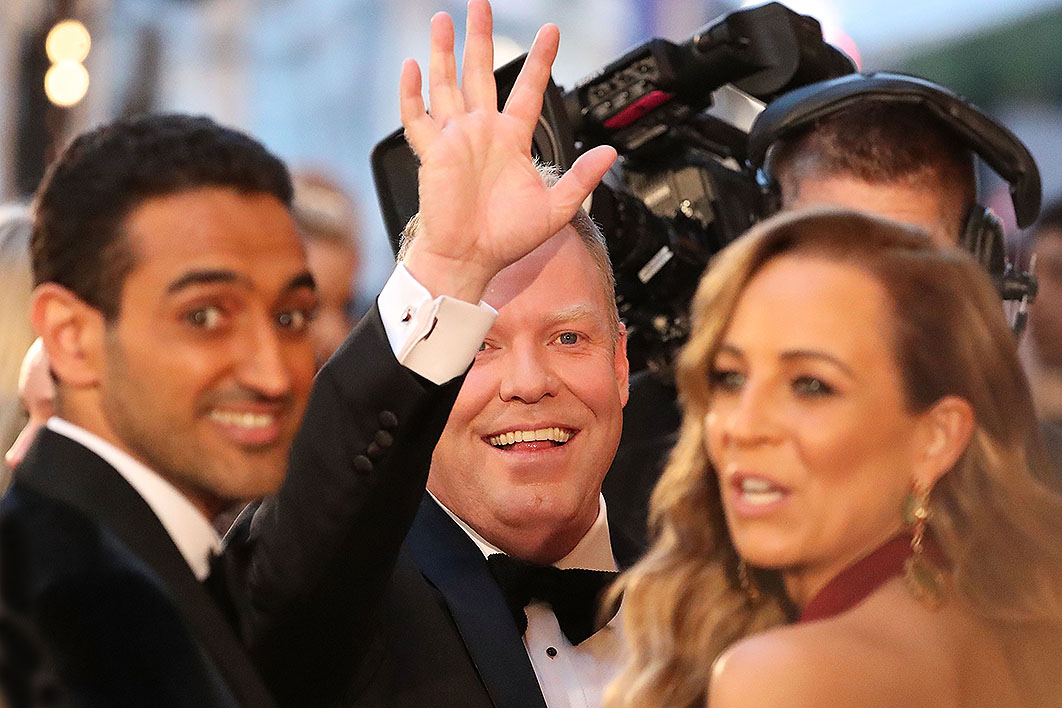 An $84 million cut to ABC funding announced in last week’s federal budget comes on the back of the federal government’s decision to discontinue a $43 million grant to support news-gathering at the national broadcaster. Increasingly, we must regard ABC news and current affairs as an endangered species, under pressure from funding cuts and subject to constant scrutiny for perceived bias. Adding to the pressure, its commercial rivals have successfully lobbied the government to investigate the ABC and SBS for breaching “competitive neutrality.”

Producers and other behind-the-scenes staff take their share of the stresses, but exceptional levels of composure are called for from the people who have to face the camera. Performing under pressure can bring out the best in presenters, but surely not this kind of pressure? It’s ugly, and leaves no scope for achieving any genuine equilibrium when the demand for “fair and balanced” has become almost as politically loaded as the Fox News agenda for which the slogan was coined.

In spite of it all, Julia Baird and Ellen Fanning, alternating in the chair for The Drum, are managing to keep the show on the road and even inject some warmth and vibrancy into the sangfroid required for survival. Their nearest rival in the commercial stakes is The Project, which holds the prime-time 6.30pm slot on Ten. Co-hosted by Waleed Aly and Carrie Bickmore, the program won the Logie for best news and current affairs panel in 2016 and 2017. Are The Drum and The Project really rivals, judged by the criteria being used by the government’s competitive neutrality inquiry?

They cater to different demographics. The Project has a distinctly millennial ethos: most of the guests and regular panel members are in their late thirties and early forties, and dress as if they are on the way to a high-end cocktail party. The common ground of style and humour makes for an easy ambiance. Peter Hellier, in the funny-guy role, usually sets the mood at the start of the program. The story of a family who bought a dog and gradually discovered they were sharing house with a bear is good for a few laughs. So are the international fashionistas at the Met Gala. Sarah Jessica Parker is shown wearing a gown of baroque gold foliage with a mitre-like headpiece containing a nativity scene.

The presenters don’t seem to have a problem with rapid switches from hilarity to considered, serious reportage. Sentimentality is another major register. Recent stories have featured an impressively sage twelve-year-old describing what it’s like to have Tourette syndrome, and a broke dairy farmer who started a successful adopt-a-cow scheme. Then it’s back to the gags again, with some banter about preparations for Prince Harry’s wedding. The fun can get a little wearing at times, but as Miss Jean Brodie said, “For those who like that kind of thing, that is the kind of thing they like.”

Those who do like that kind of thing may find The Drum a rather stodgy proposition. Although the producers make some effort to cross the generations, there’s a predominance of baby boomers among the guests, and they do go on a bit, clearly driven by some deep-seated conviction that, in the larger scheme of things, their opinions really matter.

Perhaps they do. The revelations at the banking royal commission, for example, discussed by the program’s panellists on 30 April, have stirred up widespread and trenchant views about how the revelations reflect back on our political and economic culture. ABC business editor Ian Verrender was uncompromising in his verdict that the most serious problem to emerge from the hearings was “not the crime but the cover-up.”

Fanning, in the chair, pursued a tough line of questioning, citing an article by former Australian editor Chris Mitchell, under the headline “Penny Finally Drops,” which acknowledged that “the twitter left” had been right all along. “That’s me!” panellist Jane Caro responded, agreeing that the commission was blocked not just because the big banks had friends in the government, but because their strongest critics were associated with a culture of left-wing activism. The interests of the public, honest PAYG taxpayers and super-fund members got caught up in a political deadlock.

Fanning turned to News Corp journalist Caroline Overington to press the point that the Mitchell article was effectively a “mea culpa” from a leading figure in the right-wing press whose support for the government’s line had been a matter of ideological advocacy. Overington herself was toeing no party lines here. A number of journalists had raised the alarm, she said, but the ball was in the government’s court — minister Kelly O’Dwyer “has pushed this back all along.” O’Dwyer’s defence, Fanning observed, was effectively a national security argument about the need for banks as bastions of stability. John Blaxland, professor of international security and intelligence studies at the ANU, weighed in: “History is littered with reprobates taking that line.”

It was anything but stodgy. Rather, it was a textbook example of what a good current affairs panel can be — spirited, quick-witted, informative and uncompromising. As for “fair and balanced,” in this context, the term is a patent absurdity. Fairness and balance are nowhere to be seen in the world of corporate high finance, or in the political culture it seeks to promote.

Claims of bias against the ABC, made with unflagging determination by the Institute of Public Affairs — of which our current communications minister Mitch Fifield is a member — risk redefining the left–right divide as critical intelligence versus propaganda. In spite of the best efforts of the IPA, I don’t think we have got there just yet, but the coercive insistence on having someone explicitly identified as right-wing on current affairs panels is often counterproductive.

Wednesday night’s program, on the theme of millennials, was a case in point. Federal Young Liberal president Josh Manuatu struggled with most of the questions put to him. His attempt to run an optimistic line about the government’s performance in response to concerns about employment and housing problems for millennials was at best awkward. He asserted blandly that things were getting better and opportunities were improving, but couldn’t say how or where, and claimed that membership of the Young Liberals had gone up without being able to give numbers. Then he offered the example of reduced beer prices as evidence that the budget was doing good things for young people. That one certainly set the Twitter left on fire.

Inexperience rather than political affiliation may have been the problem here. Playwright and journalist Saman Shad, who made a debut appearance on 15 May, unwisely tried to score a point against Greg Sheridan in an argument about the risks of racial profiling under new regulations allowing the police to ask for ID at airports. Sheridan claimed that when he travelled to the Middle East with his sons, they were stopped on grounds of age and gender rather than race. “Greg, sorry,” Shad interrupted, “but you’re talking about your own personal experience, and because your sons happen to be white…” “They don’t happen to be white,” he shot back. “So don’t make your identity assumptions about me.”

Assumptions and preformed views are the curse of any public discussion program, and Sheridan has more than his share of them, together with the polemicist’s habit of talking over anyone who disagrees. The Drum serves up rather too many polemical baby boomers, and if there is an effort to include younger panel members, the problem is that it looks like an effort. The ethos of the program doesn’t really suit them.

If the boomer generation is inclined to partisan grandstanding, millennials have a tendency to form their views more on the basis of life experience and the issues arising from it. Those are broadbrush generalisations, but both tendencies have problems. Polemicists are domineering and want to take more than their share of the time; views formed through the lens of personal experience can be blind to the larger and longer-term implications of policy-making. A genuinely fair and balanced approach might help to break down the generational divide in Australian politics.

Ultimately, the value of any current affairs panel is its capacity to alert viewers to issues and perspectives they might not otherwise encounter — to help deal with the problem Hillary Clinton was referring to in her interview with Leigh Sales on 7.30 last week, when she spoke of the “low-information voters” targeted by Cambridge Analytica.

One of the strengths of The Project is its appeal to some of the viewers who might fall into this category. If it is infotainment, the “info” component is at least reliable, and at best it is a valuable contribution to public intelligence. Bickmore as a news reader is fluent and straightforward, and in spite of the cocktail outfits she brings some genuine gravitas to the job. Celebrity guests invited to comment on current issues will sometimes be more genuinely thoughtful than the pundits on The Drum precisely because they are doing the thinking as they go, rather than trying to run a line.

The program’s greatest asset, though, is Waleed Aly. His decision to leave ABC Radio National Drive at the end of 2014 to take over from Charlie Pickering as co-host of The Project caused some consternation at the time, but he has proved remarkably effective as a media pedagogue. It’s a role that requires astute judgement. The format assumes a short attention span, so even the most complex issues must be dealt with succinctly, but there must be no “talking down” to an audience that is alert to any patronising qualities in tone and manner.

Moving from the fraught discussion of the Gaza massacre on The Drum, in which Sheridan was keen to place the blame on the Palestinian side, to The Project an hour later, it was a relief to be free of any airing of opinions. Instead, we were given a brief overview of the key aspects of the conflict and its history, followed by a Skype interview with Gregg Carlstrom, Middle East correspondent for the Economist. Carlstrom gave an eyewitness account of how the protest developed, and responded to questions about the role of Hamas. He was specific about this. The protest was started by local activists, and Hamas tried to co-opt them, sending out text messages and laying on buses.

The Project may not have the benefit of government funding, but nor does it have to put up with constant, aggressive scrutiny by political watchdogs. The program offers responsible and informative reportage on major news items, though there is none of the in-depth analysis provided by the specialists who appear on The Drum. The prospect of losing that is alarming, yet in the current political environment, it seems futile to plead for the value of public information. All credit to those at the ABC who continue to provide it. ●

National Affairs Thirty years, and counting Jennifer Doggett 20 November 2020 Could this be the mental health report that finally brings change? 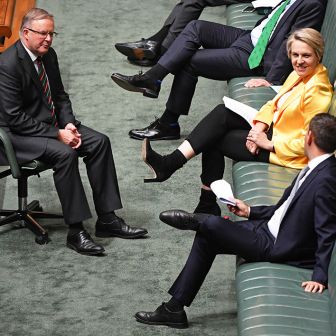 Four months after the summer troubles, a reporter heads to Melbourne’s western fringe in search of “African gangs” 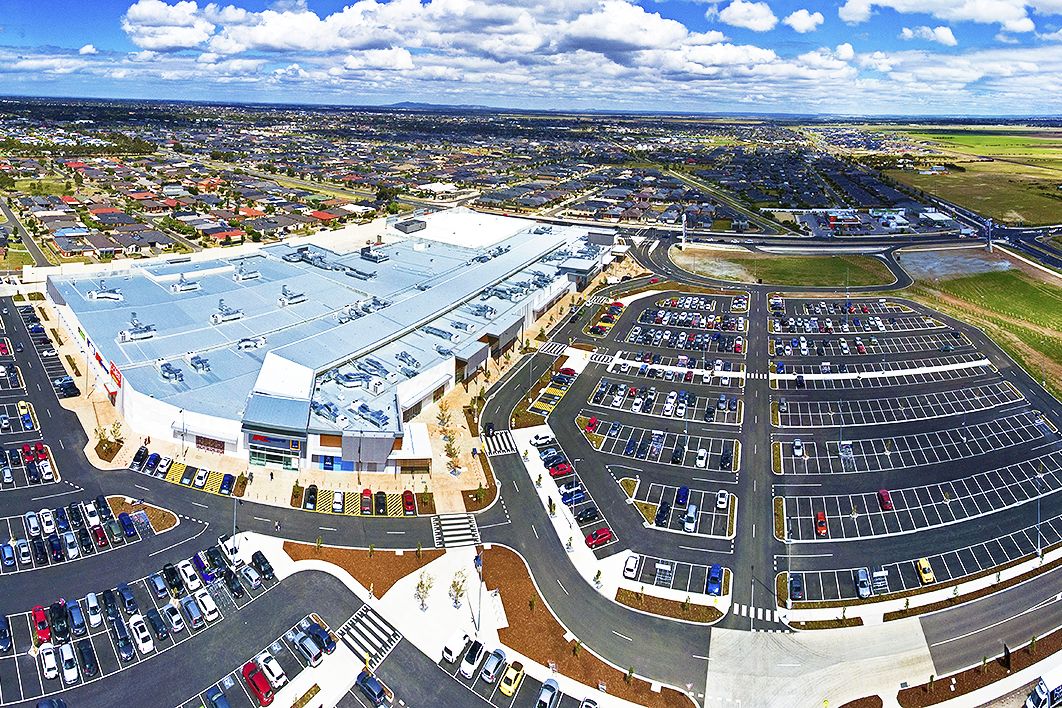