This month’s CHOGM coincides with the sixtieth anniversary of a multi-megaton British nuclear test in the Pacific, covertly supported by Australia and other Commonwealth members 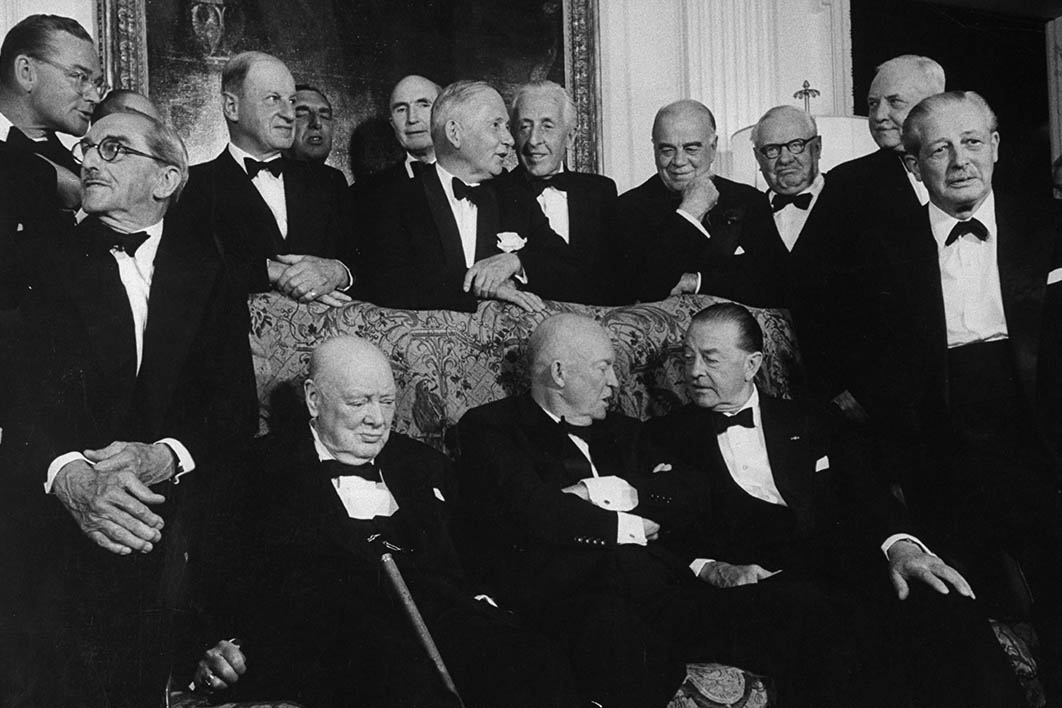 Prince Charles’s visit to Vanuatu earlier this month was designed to shore up the Commonwealth’s reputation among Pacific countries in the face of growing Chinese influence in the region. Rather than giving the locals a glimpse of the future monarch, though, a better way to win hearts and minds might be to deal with the lingering health and environmental effects of British nuclear testing in the Pacific.

Sixty years ago, on 28 April 1958, the British government exploded a 2.8 megaton thermonuclear weapon at Kiritimati Island in the central Pacific. (Kiritimati, known at the time as Christmas Island, was part of the Gilbert and Ellice Islands, which are now known as Kiribati and Tuvalu.) Codenamed Grapple Y, this was one of nine detonations on Malden and Kiritimati islands that made up Operation Grapple, the program to develop the British hydrogen bomb.

Many Grapple participants have suffered from cancer, leukaemia and other illnesses over the intervening decades, conditions that can be caused by exposure to ionising radiation. Sailors and soldiers from Britain, New Zealand and Fiji have long called for the British government to assist in dealing with persistent health problems.

Operation Grapple was inspired by the United States’ program of hydrogen bomb testing, which had begun in the Marshall Islands in 1952. After hearing of the fifteen-megaton Bravo test in March 1954, prime minister Winston Churchill decided Britain must develop its own thermonuclear (or hydrogen) bombs. In a letter to US president Dwight D. Eisenhower immediately after Bravo, Churchill recognised both the power of the hydrogen bomb and the hazards posed by fallout:

I am told that several million people would certainly be obliterated by four or five of the latest H-bombs. In a few more years, these could be delivered by rocket without even hazarding the life of a pilot… Another ugly idea has been put in my head, namely, the dropping of an H-bomb in the sea to windward of the island or any other seaborne country in suitable weather, by rocket or air plane, or perhaps released by submarine. The explosion would generate an enormous radioactive cloud, many square miles in extent, which would drift over the land attacked and extinguish human life over very large areas.

Nearly 14,000 British troops travelled to the central Pacific for the tests. But it was truly a Commonwealth bomb, built with the support of other Anglosphere leaders.

Australia was already well integrated into the British weapons program, having hosted twelve nuclear tests — at Monte Bello, Emu Field and Maralinga — between 1952 and 1957. In 1956, the Menzies government had signed a contract with Britain’s Atomic Energy Authority to supply uranium for British nuclear weapon development using ore mined at Mary Kathleen in Queensland.

Canada was active too: the Chalk River nuclear reactor generated plutonium, tritium and other crucial nuclear materials for the British program, and its government allowed local airbases to be used to transport nuclear components from Britain to the central Pacific. New Zealand sent aircraft and two naval frigates with 551 New Zealand sailors on board. Fiji, still a British colony, supplied 276 members of the Royal Fiji Military Force and the Fiji Royal Naval Volunteer Reserve.

Dozens of Gilbertese islanders worked as labourers to support the military operation. Radiation monitoring stations were established in Australia as well as in the NZ colonies of Western Samoa and Cook Islands, and in British dependencies such as Fiji and, of course, the Gilbert and Ellice Islands.

After three unsuccessful tests on uninhabited Malden Island in May–June 1957, the British government decided to continue testing from its base on Kiritimati Island, where thousands of British, NZ and Fijian troops were located. This saved the time and expense of sailing a naval task force south to Malden Island for each test, but increased the risk of radiation exposure for the troops and Gilbertese plantation workers living on the island.

By mid 1957, Britain was under pressure from a looming global ban on atmospheric nuclear testing. Under prime minister Harold Macmillan, it urgently sought political and logistic support for the tests from the Australian, NZ and Canadian governments. Researching my book Grappling with the Bomb, I found evidence in Britain’s national archive that all three Commonwealth governments backed the plans and offered support from their armed forces, but pressed for secrecy to avoid adverse public reaction.

Macmillan met with Robert Menzies in London in late July 1957. Menzies, whose government had won a fourth term in December 1955, had long been a supporter of the British nuclear program, personally approving atomic testing in Australia without seeking cabinet or parliamentary approval. Macmillan was anxious to bolster Menzies’s support for further operations in the desert of South Australia, and briefed his Australian counterpart about the planned expansion of H-bomb testing. (Previous British A-bomb testing at Maralinga had ended in October 1956, but the British were eager to use the desert test range again to develop atomic triggers for the thermonuclear weapons.)

Not long after, Macmillan sought the support of NZ prime minister Sidney Holland. Writing to Holland, he expressed concern that growing pressure at the United Nations for a Partial Test Ban Treaty might force a halt to the British testing program before Britain could finalise development of its megaton weapons:

I have spoken to Menzies, who is here, and he is very anxious that we should proceed and will give us all the help that we require from him. I may be questioned in parliament before we rise, in which case I shall merely try to keep my hands free and say that until such time as there is an international agreement on tests we must be free to proceed, but I shall of course give no indication of our decision. No doubt in the course of the next period there will be a certain leaking because of personnel involved, but I think we can ride this as long as none of us makes any definitive statement.

Holland pledged that New Zealand would support further tests with a naval deployment. He also highlighted concern among Commonwealth governments about growing international pressure for a test ban treaty:

I fully understand reasons for United Kingdom’s wishing to continue and complete Grapple in face of possible United Nations and popular pressure… For my own part I am quite willing to agree that New Zealand should give whatever assistance is possible on lines similar to that accorded for the tests.

I can appreciate that your present planning does not permit you to give me any precise idea of date of any tests, but I do hope that it would be possible on this occasion to keep me fully informed as to your intentions, especially in view of fact that they may very well coincide with date of the New Zealand general elections.

Like Australia and New Zealand, Canada had joined Britain and the United States in the 1947 UKUSA treaty, which opened the way for joint intelligence and surveillance operations between the five Anglosphere nations. Macmillan now turned to newly elected Canadian prime minister John Diefenbaker for support for the H-bomb program. Would he allow overflights by RAF aircraft carrying the nuclear weapons from England to the Pacific? “We would be glad to cooperate in the manner you suggest,” Diefenbaker wrote. “I assume that the same precautions in regard to safety will be followed as were followed in the earlier operations of the same nature, and it will not be necessary to give publicity to these flights over Canada.”

In the decades since the tests, successive British governments have argued that radioactive fallout posed no danger to participants. But independent medical studies, such as research conducted by Professor Al Rowland at Massey University in New Zealand, have documented significant chromosomal translocations among the NZ sailors who joined the naval task force for Operation Grapple.

The evidence of genetic damage raises concern about the children and grandchildren of participants. Testimony from current residents of Kiritimati show that children of Gilbertese plantation workers on the island in the 1950s suffered eye damage and other health effects. To pursue the issue, survivors on Kiritimati have formed the Association of Cancer Patients Affected by the British and American Bomb Tests.

Meanwhile, people across the Pacific islands continue to call for the abolition of nuclear weapons. Many Commonwealth governments in the region — New Zealand, Kiribati, Tuvalu, Fiji, Vanuatu and Samoa among them — have signed the new UN Treaty on the Prohibition of Nuclear Weapons. (The Australian government has refused to sign, ahving joined the nuclear weapons states in boycotting the treaty negotiations). The treaty obliges countries to support environmental remediation and assist the survivors of the nuclear weapons testing and use.

Sixty years after Operation Grapple, the ageing British, NZ and Fijian soldiers and sailors have called on prime minister Theresa May to take urgent action. They want the British government to provide compensation, medical support and environmental rehabilitation to people affected by Operation Grapple. They seek funding for an independent medical study to investigate potential intergenerational health effects for the children and grandchildren of participants from New Zealand, Kiribati and Fiji.

If the Commonwealth truly wishes to show its value to the people of the Pacific, CHOGM might start by pressing May to clean up the 1950s nuclear legacies of British colonialism. ●

Nic Maclellan is a correspondent for Islands Business magazine (Fiji) and author of Grappling with the Bomb: Britain’s Pacific H-Bomb Tests (ANU Press, 2017), a history of British nuclear testing in the Pacific.