The conditions of art 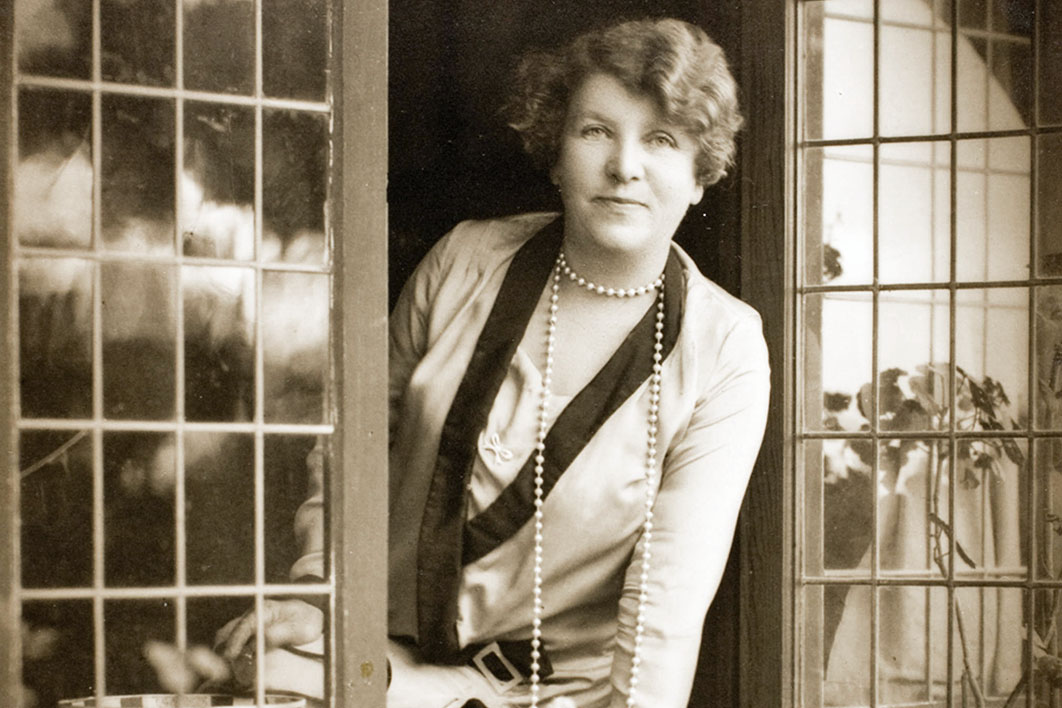 In the small literary circles of Sydney and Melbourne in the early years of the twentieth century, writers of all kinds were likely to cross each other’s paths. While the men clubbed together in smoky haunts, the women visited each other at home. In one surprising friendship, Barbara Baynton, known for her gothic stories of the bush, and Ethel Turner, prolific author of children’s books, could be found shopping together for diamonds, which happened to be one of Baynton’s areas of expertise.

Only a writer with Brenda Niall’s command of research materials could notice such a moment of social connection. Her 1979 book, Seven Little Billabongs: The World of Ethel Turner and Mary Grant Bruce, established her as the pre-eminent scholar of these Australian children’s authors at a time when children’s fiction was looked down on as “kiddylit.” She has since become one of Australia’s most important biographers of literary and art figures, her subjects including Martin Boyd and the Boyd family, the artistic Durack sisters and the artist Judy Cassab. On the way, she has gained a wealth of knowledge about Australian society and how its cultural elites have intermingled over decades.

In Friends and Rivals, she draws on this knowledge to produce an entertaining exploration of the overlapping lives of four of Australia’s most admired women writers. It is the kind of book that can only be written by someone immersed in Australian literature and alert to the social and professional constraints on women writers.

Turner’s unexpected friendship with Baynton serves as an introduction to an account of Turner’s difficult childhood as the daughter of a widow who brought her daughters to Australia in a desperate attempt to retrieve her fortunes. Her unhappy Sydney marriage to a man ten years younger confirmed her daughters’ resolve to earn their own living rather than rely on marriage to support them.

By the time Turner married the young barrister Herbert Curlewis she was earning more from her children’s novels and her columns in newspapers than he was from legal practice. After 1917, when Curlewis had become a judge, his wife continued to churn out a novel a year. None would attain the popularity or acclaim of Seven Little Australians, though, and her ambition to become a famous adult novelist fell by the wayside.

Turner’s friendship with Baynton grew at a time when the older woman was a rich widow and canny investor. By the time she wrote them, Baynton’s stories of women trapped in horrific outback conditions appeared at odds with her respectable city life as a rich doctor’s wife. They clearly drew on a past she was anxious to hide, including her marriage to a man who had abandoned her and their three children. Baynton was a magnificent liar, inventing romantic myths about her early life and obliterating her poor parents and the grinding years in the bush. In Sydney she found work as a housekeeper for the wealthy Dr Baynton, marrying him the day after she finalised a divorce.

Niall sees her marriage as Pygmalion-like, with the much older Baynton schooling Barbara in the ways of the middle classes. After his death, she set up house in London and managed to enter the exclusive social world of the aristocracy, who were amused by her extravagant personality. Her marriage to the eccentric Lord Headley appears too improbable for fiction, though she was the model for Martin Boyd’s social-climbing heroine in his novels Brangane and Such Pleasure.

The connection between the writers from Melbourne, Henry Handel Richardson and Nettie Palmer, was more formal. Palmer attended the Presbyterian Ladies’ College a decade after Richardson and neglected her predecessor’s fiction until Richardson’s schoolfriend, Mary Kernot, drew her attention to the omission of Maurice Guest from Palmer’s Modern Australian Literature (1913). Palmer took her role as the custodian of Australian literature seriously and duly sought the novelist out at her home in Sussex. She became a committed promoter of Richardson’s work in Australia.

Of these four writers, only Richardson can indisputably be termed “great,” though Australians were slow to appreciate her work. The final volume of The Fortunes of Richard Mahony, Ultima Thule, was not published until 1929, after Richardson’s husband paid a subvention to Heinemann. It would lift the other two novels of the trilogy out of oblivion and lead readers to reassess Richardson’s schoolgirl story, The Getting of Wisdom. Like the other writers, Richardson tried to control public versions of herself, causing many readers and critics, encouraged by her memoir Myself When Young, to confuse the fictions with her life story.

Richardson was witty at Palmer’s expense (“impish,” she would have said) in letters describing the critic’s visits. Niall lets us see how Palmer’s seriousness emerged from her childhood circumstances — more stable than those of the fiction writers but nevertheless engendering an exaggerated sense of responsibility. She was never to know that Kernot and Richardson’s executor Olga Roncoroni were protecting her from the contents of those letters when they obstructed her proposed biography of Richardson. She wrote an important critical study instead.

Though these writers were not really the “friends and rivals” of the title, this loose frame allows Niall to give attention to some of the talented figures clustered around her four subjects who may not warrant full biographies of their own. Louise Mack, a schoolfriend of Turner, came to scorn Turner’s comfortable suburban life and unambitious children’s books, and ventured to England in pursuit of a more illustrious literary career. She published several novels, including a roman à clef that mocked Turner, and she was a war correspondent in Belgium at the beginning of the first world war. Without financial success, though, she spent the last years of her life in Sydney writing Mills & Boon novels and newspaper journalism.

Exact contemporaries, Ethel Turner and Henry Handel (Ethel) Richardson each had talented siblings called Lilian/Lillian whose achievements were eclipsed by those of their sisters. Turner shared various writing projects with her sister, but Richardson always portrayed her Lil as the simpler and stereotypically pretty younger sister. Niall brings her out of the shadows as an active suffragette whose first marriage to a German ophthalmologist collapsed under the strain of the first world war.

Lil later married A.S. Neill, a teacher and educational theorist, and together they set up Summerhill, a school that focused on creativity and self-expression in children. Lil managed all the practical aspects of the school, but, as Niall notes, just as Richardson downplayed Lil’s role in her own household, Neill erased Lil from his version of the founding of Summerhill. Niall also reminds us that while Richardson kept everyone in the house to her rigid routine, her husband George Robertson was downstairs in his study writing a major history of German literature and a biography of Goethe.

The cumulative effect of these loosely connected stories is to draw out the incentives that turned women into writers at a time when they had few other outlets for creativity. Turner and her sister were determined to become writers from their teenage years, while Baynton’s fiction appears to be a rare commitment to paper of her rich imaginative life. Richardson became a writer under the influence of her husband after the failure of her ambitions as a pianist. Nettie Palmer published her early poems but always deferred to the creativity of her novelist husband, Vance. Difficult childhoods may have provided material for fiction but supportive husbands clearly had important roles in the lives of these women. Palmer chose a novelist for a husband and spent her life supporting and promoting his work, probably at the expense of her own creative life.

But these aren’t presented as morals to be drawn from their lives (marry a stable man with potential earning power). They are evidence of Niall’s alertness to the conditions of art and the many talented people, men and women, who never achieve fame. She has evident sympathy for the critic, Palmer, who worked all her life to support the work of other Australian writers and accepted her task with humility. It is, perhaps, a sign of Niall’s own awareness of the secondary nature of the biographer and critic in the literary world. Her learning sits lightly on her narrative as she shares some of the fascinating insights she has gathered over a long career. •

The Coalition’s debt to history

Has political orthodoxy been upended? 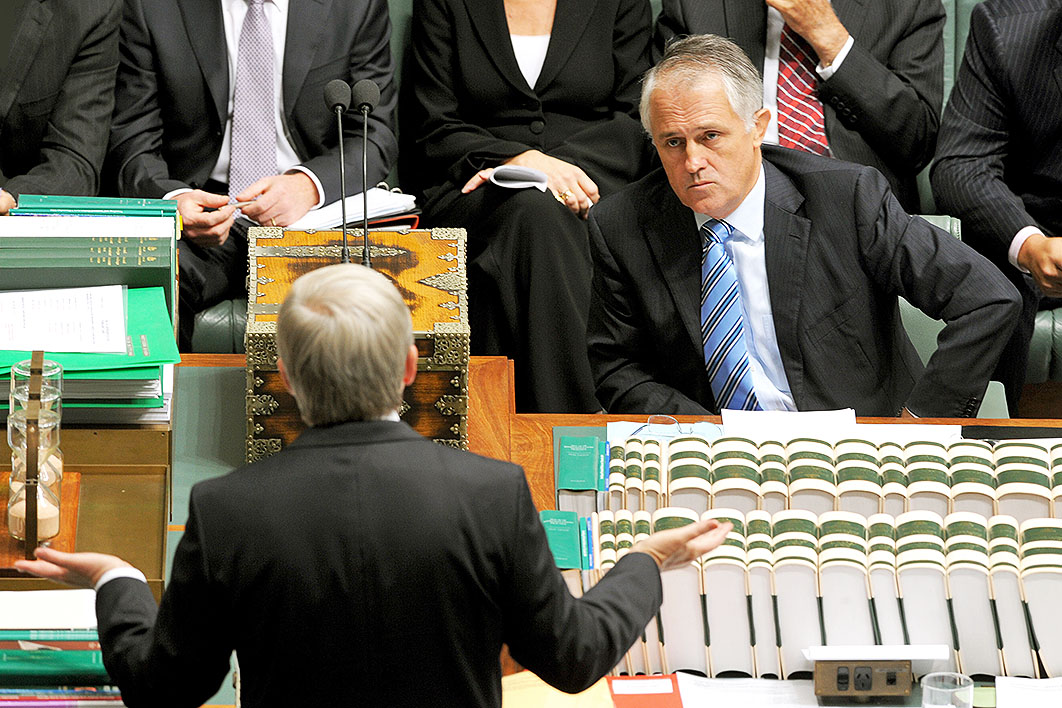