The decade of thinking dangerously 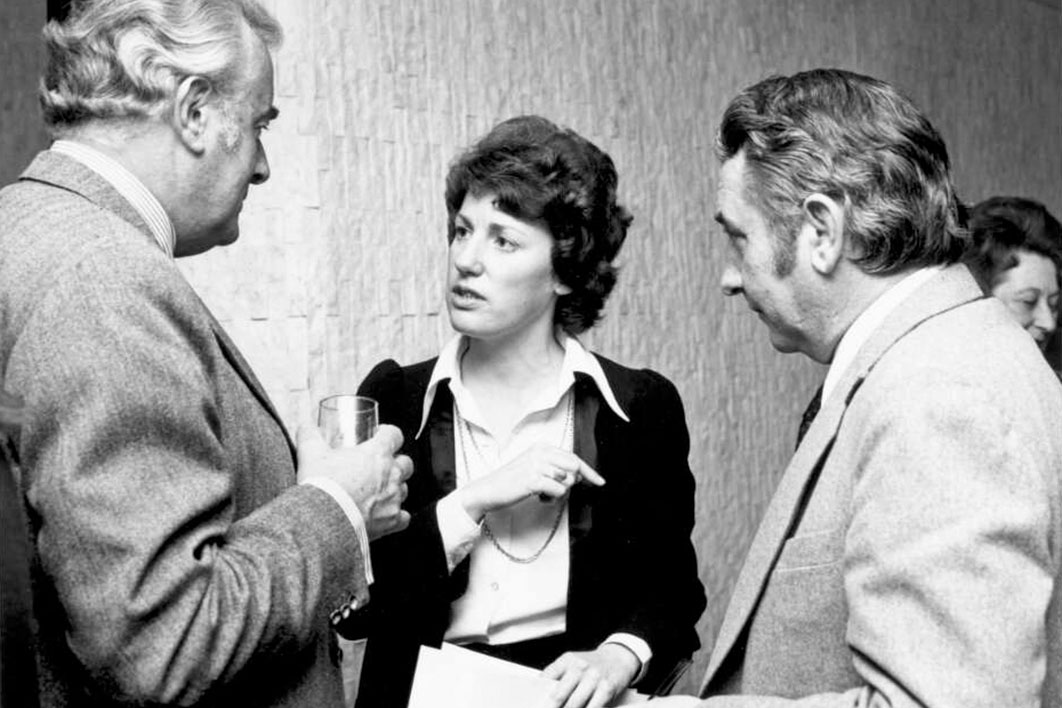 The Seventies: The Personal, the Political and the Making of Modern Australia
By Michelle Arrow | NewSouth | $34.99 | 304 pages

With many Australians still able to recall the 1970s as a time when political reform changed their lives, Michelle Arrow, born in the late 1960s, shows some courage in tackling its history. As she explains in The Seventies, she was alerted to how personal relationships emerged onto Australia’s political landscape during that decade when she began reading the submissions to the royal commission on human relationships set up during Gough Whitlam’s prime ministership, which published its report under Malcolm Fraser in 1977. Like many inquiries, and despite its ground-breaking research, it reported in an indifferent political environment and was largely forgotten. Arrow is the first researcher, she tells us, to retrieve the many individual submissions to the commission.

She believes that the decade’s economic and political crises have dominated public memory, and wants to redress the balance by focusing on its significant social reforms. Many people, particularly women, remember their sudden access to higher education, fault-free divorce and, in some cases, professional opportunities they had only dreamed of. Whitlam’s government can’t claim credit for the contraceptive pill, of course, but its steps towards equal pay, parental leave, increased access to abortion and greater support for single parents made enormous differences to the most intimate aspects of individual lives. Few Australians were untouched.

Arrow makes clear this is not a comprehensive history of the decade. She gives women most of her attention, and the emergence of women as a distinct political constituency forms her major narrative. Her dispassionate view of recent historical material is admirable: though her own feminism is obvious, she restrains her enthusiasm for feminist achievements, writing a history of feminist social reform rather than a feminist history.

The Seventies begins with a survey of the growth in civil liberties during the last years of the prosperous 1960s. The White Australia policy had ended, the Commonwealth had recognised Aboriginal citizenship, capital punishment had been abolished, and some states had initiated abortion and homosexuality law reforms. By 1970, despite its commitment to the Vietnam war, a conservative federal government had begun to loosen censorship laws and was sympathetic to the growing interest in the arts, and particularly film.

Yet a boundary remained between public and private activities, with the white heterosexual men in power conceding privacy to private acts rather than acknowledging their place in the range of social life. The new decade saw sustained pushing against that boundary, with various feminist organisations and public events preparing the ground for the Whitlam government’s reforms. Arrow cites conferences on women’s rights and domestic violence, various consciousness-raising groups, women’s liberation organisations and the Women’s Electoral Lobby’s strategic interviewing of politicians before the 1972 election. Incursions were also mounted by those who felt even more disenfranchised — Aboriginal women and men, and the gay men and women who were vocal in the Campaign Against Moral Persecution, or CAMP, and other organisations — making them the catalysts for wider debates about the nature of Australian domestic life.

A major strand of this story is Elizabeth Reid’s experience as Whitlam’s women’s adviser and the rise of what came to be called “femocrats.” Appointed in 1973 amid a barrage of media attention, Reid travelled around Australia listening to women’s views in order to set priorities for action. Childcare seemed to be the most pressing, but hundreds of letters from women on a range of issues reached her office. She and her small staff redirected many of them to relevant government departments hoping to raise public service awareness of the ways that policies affected women across the board.

Reid and her advisory committee strategically chose to spend their grant for the 1975 International Women’s Year on research initiatives (particularly women’s history), cultural projects (for example, the film Caddie) and public conferences such as the Women and Politics conference in Canberra. They were criticised for the elitism of these projects when so many women’s services, including rape crisis centres and childcare services, were short of funds, but Reid sensed that her moment of influence would be brief, and she wanted to invest in long-term changes in cultural attitudes. As the Whitlam government fell apart there was a backlash from both radical and conservative critics. Reid resigned in October 1975, leaving an impressive legacy from just two and a half years of work.

Her judgement about ongoing influence was proved correct when the new Coalition government accepted many of these reforms, including retaining Sara Dowse as head of the women’s affairs branch. Then, in 1977, Fraser shifted the branch into the new home affairs ministry, where it was cut off from information and influence. Dowse resigned, but the feminist cat was already among the conservative pigeons, continuing to create debates and conflicts. With women’s affairs disappearing into a remote part of the bureaucracy, Fraser appointed a National Women’s Advisory Council, or NWAC, chaired by Liberal stalwart Beryl Beaurepaire and including Quentin Bryce, Wendy McCarthy and other prominent women.

The NWAC’s research reiterated recommendations on law reform, sex discrimination and domestic violence and soon raised the ire of more conservative women, who formed into the Women’s Action Alliance and its breakaway organisation, Women Who Want to Be Women. By 1980 women from these groups had been appointed to the NWAC and asserted their anti-feminist call for women to define themselves by their roles in the family. In their view, as Arrow puts it, “women’s problems were not structural, but personal — a direct reversal of the ethos of ‘The personal is political.’”

In the meantime, Justice Elizabeth Evatt, journalist and social researcher Anne Deveson and Felix Arnott, the Anglican archbishop of Brisbane, were working their way through submissions to the royal commission on human relationships, which had been established by bipartisan agreement in 1974 mainly as a way of avoiding a divisive parliamentary debate on abortion. The commission “audited Australian intimate life in the 1970s,” writes Arrow, “with a particular focus on the problems created by family dysfunction, violence, poverty and poor education,” moving well beyond abortion and issues of sexual freedom to their context in difficult and sometimes violent lives. Gay advocates were successful in getting the commission to include homosexual issues in its purview, so it heard testimony across the full range of Australian sexual and family experience.

Arrow does her best to summarise the main issues arising from the submissions, particularly the evidence of poverty, poor education and domestic violence. More trivial matters take her attention, too, and these indicate the uneven nature of this kind of historical archive: she cites, for example, a man asserting his right against convention to witness the birth of his child at Parramatta Hospital, though I can attest that this was standard practice in Canberra Hospital by 1974. The commission’s archives clearly contain the material for more detailed discussion of the changes in Australian family and sexual life, and it is significant for revealing the hidden violence in Australian families and the implications of social disadvantage for personal life.

Arrow’s coverage of the royal commission leads her away from the main thrust of her study — the unstoppable rise of women as a political constituency. The anti-feminists could not hold the line against feminism, and in 1983 Labor was returned to government federally with more than 50 per cent of the women’s vote. This is the year that marks the end of Arrow’s “seventies.”

The Seventies describes the triumph of a reforming rather than a radical feminism that opened opportunities for middle-class women graduates and ensured there would be many more of them in the generations to come. It is curiously Canberra-centred, in that so many of these reforms were shepherded into legislation by women who were public servants or active as government lobbyists. Arrow uses the term “femocrats” as if it were a banner of pride rather than the derogatory put-down of the time, when the combination of “feminist” and “bureaucrat” expressed the resentment of both conservative and radical observers, especially those outside Canberra.

While the changes these women achieved have provided lasting benefits to the mainstream of middle-class women and their families in Australia, they left behind pockets of poverty and disadvantage, especially among Aboriginal people. But the voices of Aboriginal women kept intruding in the public discussion to contrast their history of sterilisation and forced abortion with white middle-class calls for reliable contraception and access to abortion, and the alliance with middle-class white women helped some Aboriginal women pursue confident activism. In 1972 Aboriginal woman Pat Eatock stood for the seat of Canberra with Elizabeth Reid as her campaign manager and the support of the Women’s Electoral Lobby. She went on to an academic career.

Though the book’s subtitle emphasises the personal as well as the political, it has too much public activity to cover to give much attention to personal experiences. Arrow acknowledges the relationship of film and television to shifting attitudes, with shows such as Number 96 introducing gay characters, and the appearance of four openly gay people on the ABC’s Chequerboard program in 1973. She contrasts the ocker sex comedies of the period (Alvin Purple, Petersen) with more refined female-centred films such as Caddie and My Brilliant Career, but she overlooks ABC television series such as Tony Morphett’s popular and influential Certain Women (1973), which directly addressed contemporary change in the lives of suburban women, or John Dingwall and Margaret Kelly’s Pig in a Poke (1977), which noticed the inner-city lives of Aboriginal people, migrants, abused women and gay men. A later ABC anthology drama series about social problems, Spring & Fall (1980, 1982), might well have taken the royal commission report as a source. Arrow mentions in passing Elizabeth Riley’s little-known novel of lesbian experience, All That False Instruction, but not Monkey Grip (1977), Helen Garner’s much-loved testament to the complexities of feminist change. Sara Dowse’s West Block (1983), a novel based on her femocrat years in Canberra, might have provided another personal perspective on this material.

Of course, I am reading as a literary historian interested in cultural change, and one of the virtues of The Seventies is that it provides a clear frame of public activity and inquiry for other historians and readers to fill with their own discoveries and memories. It serves as a companion to Frank Bongiorno’s The Eighties: The Decade that Transformed Australia and his earlier The Sex Lives of Australians to give fresh perspectives on how we came to be where we are. •