The decline in America’s financial supremacy just got faster 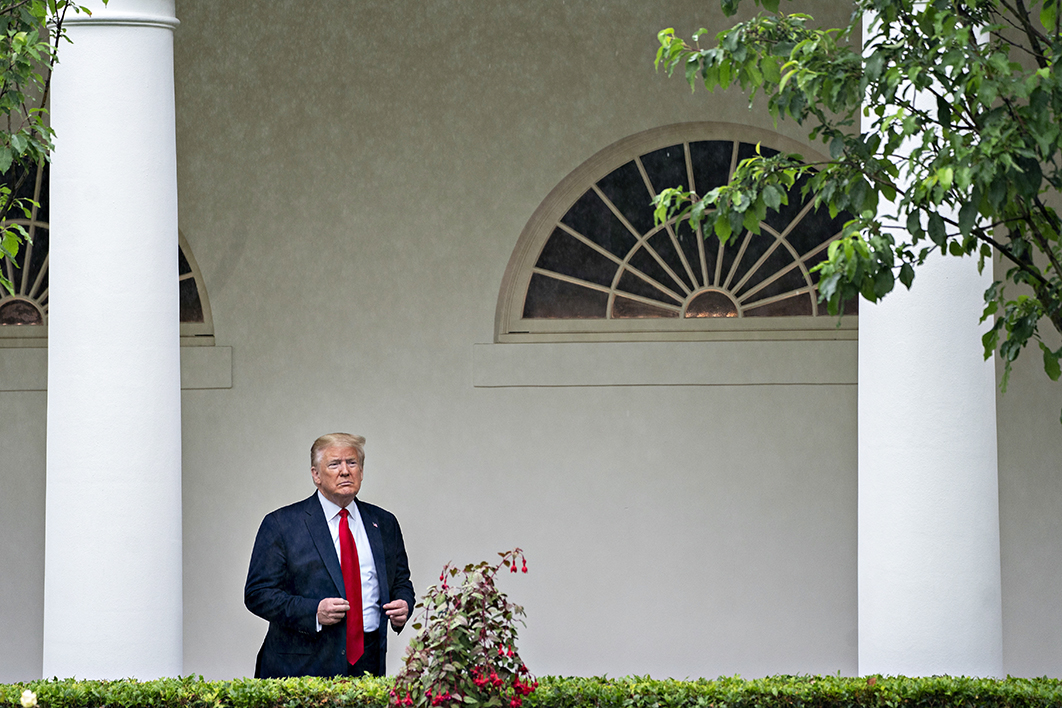 Since the end of the second world war the United States has had a deal with the rest of the world. If all countries use the dollar for global transactions, America will supply the currency to keep the wheels of global trade, finance and commerce turning. The huge benefits America derives from what’s been called an “exorbitant privilege” underpin much of its global power. Strangely, Donald Trump and the US Federal Reserve appear determined to undermine it, and Covid-19 has stepped on the accelerator.

This mutually beneficial arrangement between the United States and the rest of the world comes with well-understood trade-offs. For the Americans, the trade-off means dominance of the global financial system, something they’re happy to use for geopolitical purposes. The appreciated dollar means US consumers and businesses can buy cheap goods from the rest of the world; the safe-haven status of American debt means that its governments, households and companies can borrow and spend with impunity, allowing huge unfunded tax cuts and unfunded spending promises other countries can only dream of. The flipside of the appreciated dollar, however, is that the United States runs a trade deficit.

The rest of the world faces the reverse trade-off. These countries get the global reserve currency they need for international trade, finance and commerce, and a big US market into which they can sell their goods and services and invest their money. But they are exposed to the turbulence of the US economy and a sometimes-unpredictable government that can, and regularly does, twist the financial knife to get the political results it wants.

This arrangement is far from perfect, but it gets the job done. Of course, some countries like it more than others. The undisputed winner from the arrangement is America, which receives spectacular economic and political benefits that far outweigh any perceived costs. The undisputed losers are America’s enemies — Russia, China, Iran, North Korea and others — who regularly find themselves on the receiving end of US financial power.

The losers have been keen to see the arrangement replaced for quite some time. This is easier said than done. Trying to get the world off the US dollar is like trying to get Australians voluntarily to stop driving on the left. Having everyone using the same currency vastly reduces international transaction costs, just as having everyone drive on the left in Australia reduces other kinds of transactions (some of them fatal).

Getting the world off the US dollar would require agreement from all countries, most of which are happy with the current arrangement. The even bigger challenge is coming up with a replacement.

The candidate most commonly put forward is China’s currency, the renminbi. Given the size of the Chinese economy, it makes a certain kind of sense, but China’s currency is not freely convertible, meaning that when foreigners want more of it, they can’t necessarily get it, and that instantly disqualifies it as a realistic contender. China has been working to change this, but progress is slow. And even if countries could access the renminbi freely, China’s markets, like other non-US currency markets, are woefully inadequate in terms of depth and access to compete with the United States.

Another option would be a new global reserve currency. This wouldn’t spell the end of national currencies — the euro area shows the problems of having a common currency without fiscal and political union. It would just mean an international currency sitting alongside national currencies. But creating such a currency, much like changing which side of the road we drive on, would require global agreement. The closest contender is the IMF’s Special Drawing Rights facility — a global reserve asset underpinned by the currencies of IMF members. Some have grand plans for SDRs to become this new global currency, but the vision is not shared by the IMF membership.

Others argue that the best candidate is digital. Former Bank of England governor Mark Carney called for a new virtual reserve currency, not dissimilar to Facebook’s Libra, whose value is based on a basket of global currencies. It’s a neat idea, but it suffers the same challenges as both other candidates. Existing crypto currencies, such as Bitcoin, are too shallow to be a global reserve currency. Its limited supply means that its value would skyrocket if countries demanded it to the same extent they demand US dollars, making it more like gold than a currency. Although Carney’s proposal would solve this problem by adjusting the currency’s supply, it faces the same challenge as the global-SDR idea: the global community isn’t interested.

So the US dollar wins the “least ugly contest,” as economist Adam Posen puts it. But that’s not to say the other candidates couldn’t be contenders in the future. If enough countries become fed up with the US dollar then these alternative futures could become the present quicker than you think. Strangely, Trump and the US Federal Reserve are making these alternative arrangements look increasingly appealing.

President Trump wants to have his cake and eat it too. He wants to keep the geopolitical benefits, cheap borrowing and cheap goods and services that come from being the world’s financial boss, but he doesn’t want the “cost” of the US trade deficit. This is a bit like wanting to be tall and short at the same time: you can’t have it both ways. The reason the United States runs a trade deficit is that its governments, households and companies spend and invest more than they save. The shortfall is borrowed from overseas, pushing up the exchange rate and resulting in a trade deficit. The ANU’s Warwick McKibbin and I modelled what would happen if Trump got his wish of a reduced trade deficit. It’s simply the reserve situation: higher borrowing costs, more expensive imports and less geopolitical pull.

Undeterred by reality, Trump has imposed trade tariffs and quotas in a pointless endeavour to reduce the trade deficit. Reports suggest he wants to cancel debts to China. Like his predecessors, he has used the US dollar as a weapon against his enemies — applying or threatening sanctions and asset seizures to cause pain for geopolitical rivals — and he has also repeatedly pressured the US Federal Reserve to weaken the value of the dollar. None of this will change the trade deficit. But all of it makes alternatives to the dollar-based global system much more appealing.

The Fed’s actions are having the same effect. Covid-19 has created unprecedented financial challenges for emerging economies that desperately need US dollars to finance their dollar-denominated debts. They normally get their dollars from exports, tourists and investors. But once these dried up, they turned to the United States for help. Amazingly, the Federal Reserve turned them away, only providing currency swap lines to countries that don’t need them (other than Brazil and Mexico).

Five decades ago, US treasury secretary John Connally warned countries that “the dollar is our currency, but your problem.” Things have not improved. The more the United States pushes countries away from the US dollar, the faster the alternatives will be embraced. The demise of American dominance won’t be Made in China, it will be Made in the USA. • 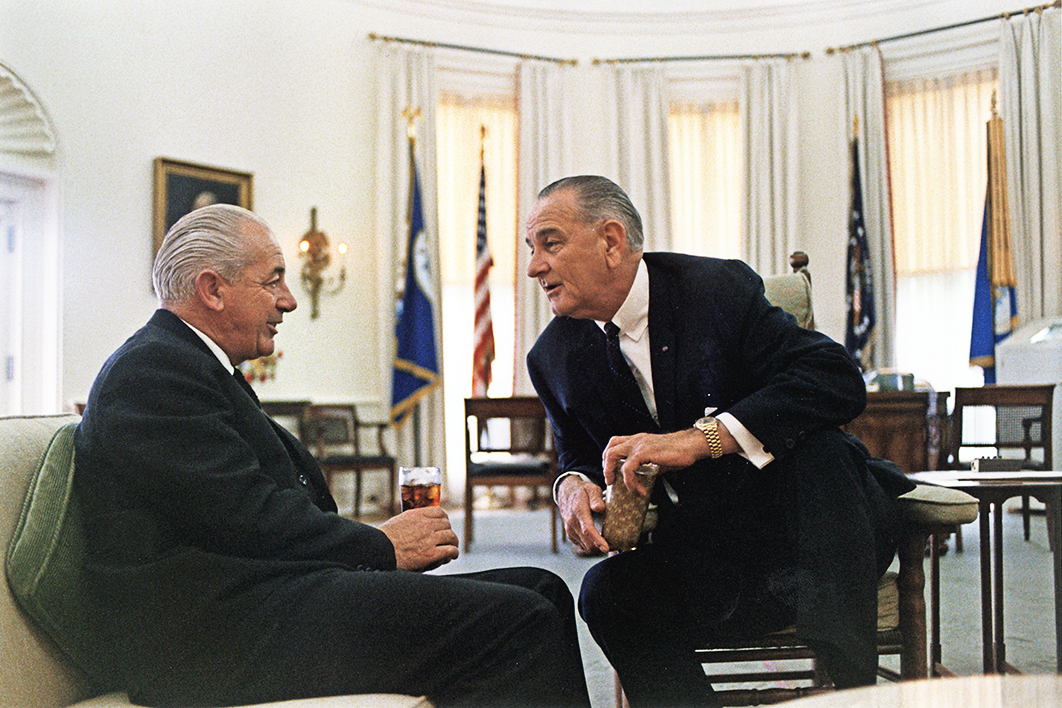