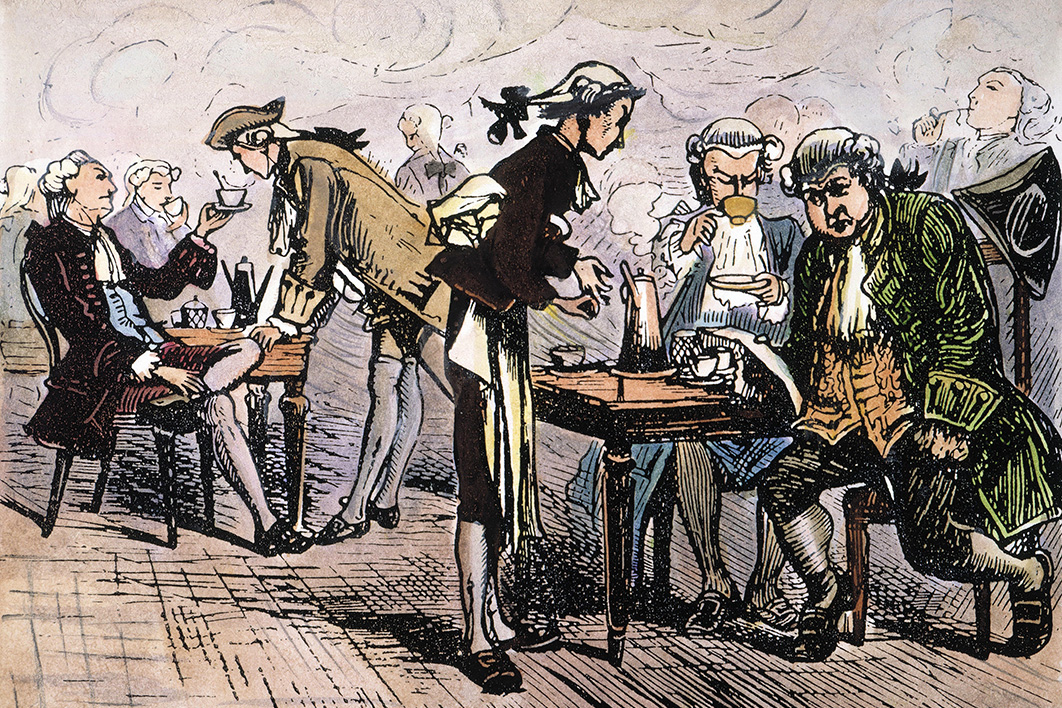 Coffeeland: One Man’s Dark Empire and the Making of Our Favorite Drug
By Augustine Sedgewick | Penguin | US$30 | 448 pages

Before I sat down to write these words, I did what I always do when starting work on a piece. I procrastinated. And that involved getting myself a coffee.

I seem to have spent some of the best years of my life leaning on the kitchen bench waiting for the kettle to boil or standing in line at one of my favourite cafes.

I used to be a “cap with two sugars” guy until sanity prevailed and I adopted the “skinny flat white, no sugar” as a means of extending my life span so I could drink more coffee.

But don’t get me wrong, I’m no coffee snob. I’ll drink instant (yes, I know, please tell someone who cares) or the handiwork of a prize-winning barista with equal enthusiasm. I am, however, a cup snob: coffee should always and everywhere be served in porcelain.

During the endless weeks of “iso” I was forced to drink many takeaway coffees. A coffee served in one of those little cardboard things, with those horrid soul-destroying plastic caps, is not a real coffee. It’s some form of penance for a sin I never knew I committed.

Then, a few weeks ago, as restrictions were lifted, I scored the tenth and last legally available seat at my local cafe and actually sat down — in a chair — at a table — on the premises — and ordered a coffee. A few minutes later, as if by some miracle, it appeared before me.

“Civilisation is our business,” replied the server.

I enjoyed the ritual so much I repeated it half an hour later.

And then, when I finished my second cup, I left a tip and came home to write this review.

Though I love and need coffee, I’ve never thought much about where it comes from and how it gets to my table. Luckily, the historian Augustine Sedgewick has done the thinking for me in this fascinating book.

Coffee began its quest for world domination in the fifteenth century, as a native plant of Ethiopia. By virtue of its deliciousness, it was soon travelling across the Middle East on camel trains financed by canny merchants. The Ottomans in particular loved the stuff.

The first coffee shop in Constantinople was established in 1554 by a couple of likely lads from Syria named Schems and Hakim. Their little place was located in the market district near the Bosporus, and catered to students, layabouts, intellectuals and “lovers of chess.” In the words of comedian Tina Fey, “I want to go to there.”

As the Ottoman Empire expanded, so did coffee. Upon conquering a new city, the Ottoman emperors would immediately set up a coffee shop “to demonstrate the civility of their rule.”

It didn’t take long for the Europeans to wake up and smell the coffee. Just like tea, gunpowder, spices and that other drug, opium, coffee became one of the sought-after goods that fuelled Western colonialism.

First came the gunboats, then the imported coffee plants; later, the bags of coffee beans left on the same vessels that brought the wretched slaves to work in the coffee fields. Sorry to ruin your morning espresso, but, yes, the modern coffee industry rests on the backs of humans bought and sold on the open market.

During the nineteenth century, for example, Brazil was simultaneously the world’s biggest producer of coffee and the number one destination for slave ships. As the song says, “There’s a hell of a lot of coffee in Brazil” — and it was all soaked in blood.

Meanwhile, the deals that financed and organised the growing trade in people and beans were put together by entrepreneurs sitting at adjacent tables in the aromatic coffee houses of Amsterdam, Hamburg and London.

Brazil was the last “civilised” nation to outlaw slavery — which it did on 13 May 1888. By then the coffee industry had moved on to a new business model: if you can’t buy your workforce wholesale, create a system where your workers can’t live without you.

While he was writing The Condition of the Working Class in England in the early 1840s, Frederick Engels became obsessed with a street in Manchester called Long Millgate, where the factory fodder of the Industrial Revolution picked their way to work each day between pools of stagnant urine and mounds of unspeakable muck. Unlikely as it sounds, the founding patriarch of a Central American coffee empire was born on this street in 1871.

James Hill would grow into a wealthy man, but first he had to escape his past. As a teenager, he left Long Millgate for London; there, he quickly learnt Spanish and then, in 1889, at the ripe old age of eighteen, he caught a steamship across the Atlantic. This ambitious youth disembarked in Mexico, traversed the country by train to its Pacific coast and caught another steamship south to El Salvador.

A few days later, Hill caught sight of “the lighthouse of the Pacific” — “Izalco, a 5000-foot-tall volcano that spat flame and rock into the sky every twelve to fifteen minutes” — and though he didn’t know it yet, he was home. In the fertile soils around this volcano, Hill would find his fortune as a coffee grower.

Hill soon acquired a nickname, the Eel; partly because that’s how Salvadorans pronounced his surname but mainly because he proved to be a slippery customer. In a few short years Señor Eel would prove to be a relentless solver of the seemingly intractable, and a skilful exponent of the sharp practice; in short, he would become a generalissimo of coffee.

The story of James Hill, and the family empire he established, is the thread that runs through Coffeeland.

Hill married well — for love and land holdings. To carry on the family name, he sired several children, educating them at great expense in California. He borrowed and invested cannily, and soon owned many plantations. Within seven years he even had his own coffee mill, Las Tres Puertas.

This son of the Mancunian working class had come a long way fast. Despite his hardscrabble background, however, Hill showed little sympathy for the mozos, the indigenous labourers of his adopted country. One of the more disturbing chapters in Sedgewick’s book is called “The Hunger Plantation.”

Hill was an innovative and subtle thinker when it came to labour relations. Coffee plants need shade. Traditionally, plantation owners grew fruit trees for this purpose — and if the mozos stole some lunch from them, well, that was just a cost of business.

Señor Eel was having none of this. On his land, the shady jocote trees — which are like native plums — were hacked down and replaced by an inedible species called madre de cacao. Hill also destroyed the dragon fruits, axed the fig trees, dug up the tomato plants and pulled out the blackberry bushes.

Hill wanted coffee and only coffee. He didn’t want easily pilfered food crops; he actually wanted his workers hungry. A hungry mozo, Hill reasoned, is a dependent mozo — dependent on the tortillas and beans that Hill supplied. Efficient, punctual mozos got breakfast; the lazy or the late got nothing.

Sadly, the James Hill Method of Worker Motivation was soon upsized to encompass the whole nation. As more and more of El Salvador was brought under coffee cultivation, production and profits rose. At the same time, food production fell. What looked like a virtuous circle of productivity to Hill eventually felt like a noose tightening around the people of El Salvador.

Over time the coffee industry turned El Salvador’s fertile countryside into an agricultural monoculture. What was once a patchwork of small holdings worked by innumerable peasant communities rapidly became dominated by large plantations owned by a handful of autocratic dynasties, known as the Fourteen Families. It was “a dictatorship of coffee.”

By the 1920s the fate of ordinary Salvadorans wasn’t just dependent on the tortillas of the plantation owners; their lives had become closely linked to faraway decisions and desires.

What would vacuum sealing mean for the world market in coffee? Could scientific proof be found for claims that coffee improved the productivity of Western workers? How would the growth of chain store grocers in the United States affect coffee prices?

But the key coffee question was the simplest: could El Salvador pay off its loans to the American banks? “Poor El Salvador,” to paraphrase a rueful Mexican phrase, “so far from God, so close to America.”

The masses were no match for an army equipped with machine guns. La Matanza (the Slaughter), as it is known, saw thousands killed. Among them was Martí, who was captured and executed. The country’s politics was never the same. As Sedgewick writes, “El Salvador became a military dictatorship dedicated to and sustained by the production and exportation of coffee… The state was built on coffee and killing.”

Sedgewick continues the story of El Salvador’s coffee capitalism to the present day. Not much changes. It’s a story of inequality and death squads — at least until the 1990s, when a particularly vicious civil war ends with a peace settlement that seems to have taken much of the violence out of the nation’s politics.

But the deeper story that Sedgewick wants to tell us — the story of coffee as a way of getting to grips with globalisation — is still with us. As he says, “there is a dark territory, still uncrossed, in the middle of the modern world. We have no shared idea of what it means to be connected to faraway people and places through things.” Coffee is indeed our civilisation — and a lot of people have paid for it. •

For one of Australia’s foremost biographers, the impulse to tell life stories has never gone away 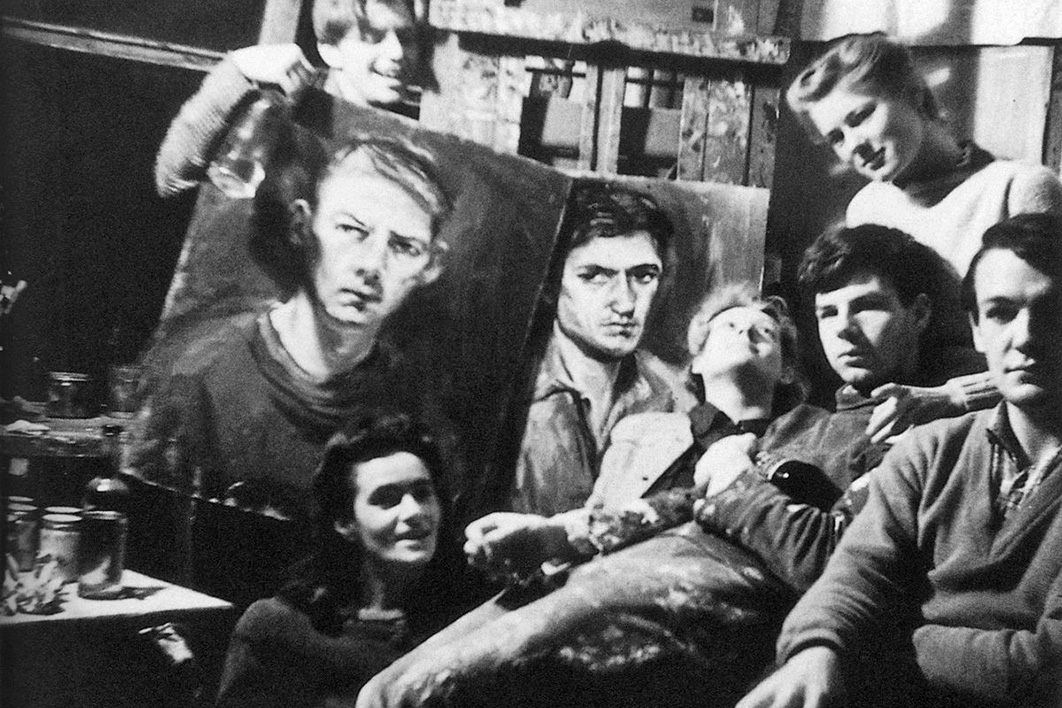