Is this the end of globalisation?

A Financial Times columnist says yes, but the figures tell a different story 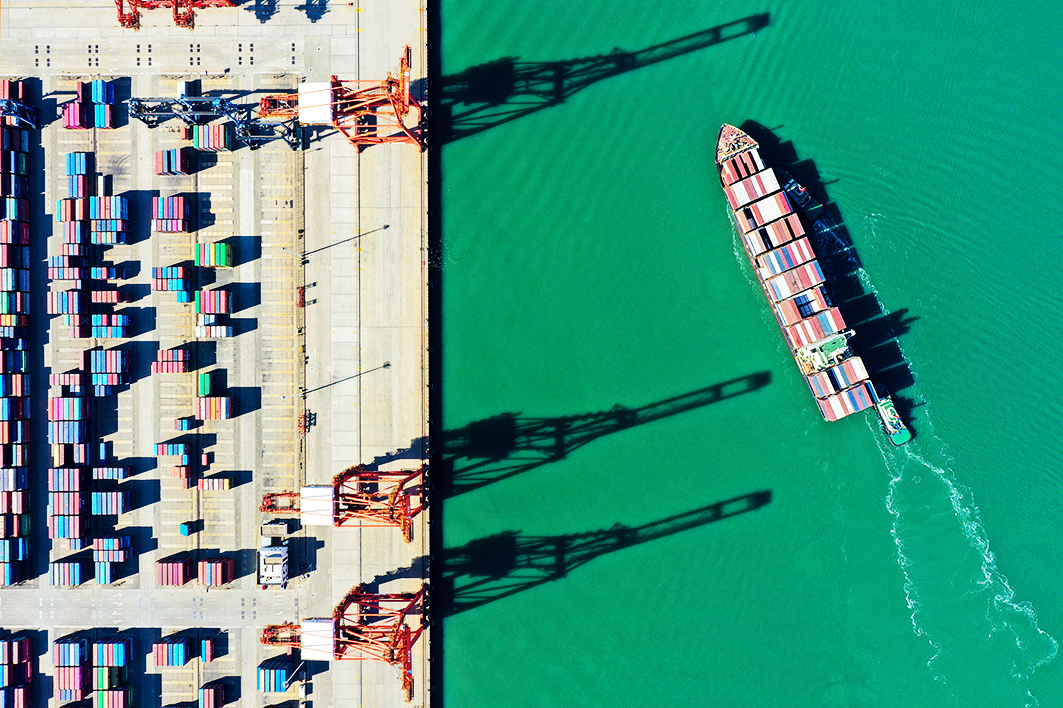 In her lively new book Homecoming American journalist and Financial Times columnist Rana Foroohar argues that globalisation, the powerful economic force that has defined the past half century, is not only over, but reversing. “Clearly we are at a pivot point,” she writes, and “the change is already here.”

If she is right, countries will import less than they otherwise would, export less, and make more of the things they consume in their own territory. They will invest more at home and less abroad. Manufacturing in America may expand faster than otherwise, while China’s economic expansion will be blunted. Foroohar thinks all this is a very good thing.

It is not just globalisation to which she objects. She also dislikes big farming in the United States, what she says is the “financialisation” of American business, and the role of the US dollar in international transactions. She warms to the “beauty of localisation” evident in her Brooklyn neighbourhood. Her views, as she says, are akin to those of the old trade union left in the United States. There was much about the Trump administration she admired, particularly its trade policies.

Foroohar is not alone in her view that economic globalisation is reversing. McKinsey and Boston Consulting have in recent times made similar predictions. In January the IMF issued an alarmed paper on what it calls “policy-induced geoeconomic fragmentation,” or GEF, lamenting tendencies that threaten “the future of multilateralism” and introducing a new acronym.

If Foroohar is right, this trend is of the utmost consequence not just for the United States but also for the rest of us. Our accustomed ways to think about the world, our work and play, our financial and career choices will all have to change, and quickly.

Australia is a good case in point. With more exports and more net offshore investment compared to GDP than China, its prosperity is built on global trade and investment. If cross-border trade and cross-border investment flows are dwindling, which is what “deglobalisation” means, Australia will need to remake its economy.

So, too, will most other countries. Exports are now just short of 30 per cent of world GDP, two and a half times the share fifty years ago. That means nearly a third of global GDP will cease to grow or grow only slowly, throwing the burden on the remaining two-thirds of demand to power output. Instead of being distributed around the world according to technologies, labour costs and natural resources, production will be “onshored” to the home market, protected by subsidies and tariffs. The price of manufactured goods will rise, hurting wage earners.

And while Foroohar offers a substitute world in which cross-border trade and investment take place only among like-minded countries — those with what she describes as a “common moral framework” — it would not suit Australia, or its region.

If globalisation is reversing, particularly if it means the decoupling of China from the United States and its friends, Australia has a very big problem. It would not be a world in which we would do well.

Nor would it suit the region. A third of world output is from the Asia-Pacific, a region composed of countries that are closely integrated economically without sharing a common moral framework.

But is deglobalisation really happening, as Foroohar asserts? Homecoming is strong on colourful anecdote but weak on data. Despite the many predictions, deglobalisation is not in the numbers — or at least not so far.

If it were, then we would expect to see cross-border trade and investment falling. Yet cross-border trade has never been higher than it was last year, on numbers published by the Netherlands Central Bank. It is true that exports as a share of world GDP peaked in 2008 and then fell dramatically in the economic slowdown following the financial crisis. But since then trade has recovered as a share of world GDP and on the most recent World Bank numbers was only a little below the 2008 peak.

Global cross-border direct investment did indeed fall during Covid, as one might expect, but not in ways consistent with a deglobalisation story. Direct investment flows into the United States fell sharply, but those into China increased.

And for all the talk of decoupling of the world’s two biggest powers, goods exports from the United States to China in 2021 were higher than ever and were running at an even higher level last year. China’s goods exports to the United States in the past two years have matched those of recent preceding years. A recent study by the Peterson Institute’s Chad Bown found no compelling evidence of US–China decoupling.

It may be that global exports will no longer grow markedly faster than global GDP, as they did in the twenty years to 2007. But rather than deliberate deglobalisation, a large part of the stabilisation of the ratio of world exports to GDP is related to the rebalancing of China’s economy. Its exports peaked at well over a third of GDP in 2006 and now, with policies favouring domestic demand, are down to less than a fifth. The stabilisation of exports-to-GDP after decades of dramatic growth also reflects the faster growth of the less export-intensive services sector compared with manufacturing in world GDP.

The most one can say based on the numbers is that globalisation, measured as the share of exports in global GDP, may have flattened out.

US policy to “reshore” industry may eventually make a difference, but what it has done so far will have a negligible impact on the numbers. By subsidising the construction of local semiconductor chip foundries, the United States will be able to replace some chip imports from Taiwan and South Korea. It will also subsidise the production of solar panels and other new energy technologies, again perhaps substituting for some imports.

Important as they are to the industries involved, these shifts are nonetheless tiny compared with the total flows of goods and services across world borders.

Foroohar is strongly critical of the half century of economic globalisation, mostly from an American point of view. But has the experience of globalisation been so bad?

World GDP has, after all, tripled since 1980, the year after China opened to the world. Since China joined the World Trade Organization in 2001, an event Foroohar deplores, its economic output has more than quintupled, vastly increasing the living standards, health and life prospects of its 1.4 billion people. China’s growth accounts for over a third of the four-fifths increase in real world output since 2001.

Even for the United States, the aggregate outcome has been pretty good. Its output has increased by 50 per cent since China joined the WTO, a strong performance over a couple of decades. Over that period US exports to China have increased at a faster rate than China’s exports to the United States. Foroohar complains of the impact of trade on US manufacturing, but over the twenty years following China’s WTO entry US real manufacturing output actually rose 42 per cent, a not-discreditable performance.

Globalisation as an economic phenomenon is not just the growth of China but also the earlier rapid growth of Japan, Germany, South Korea and Taiwan, and now most of the Southeast Asian economies, all of which have focused on exports. Of this wider globalisation, and of the increases in living standards, health and life expectancy that have come with it, Foroohar has little to say.

Foroohar rightly points out that real wages have barely increased in the United States over the past couple of decades (by 6 per cent, from 2002 to 2022, using US Bureau of Labor Statistics numbers), a period coinciding with the rapid growth of China’s exports. It is also true, and lamentable, that income inequality in the United States is very wide and much of the gain in income and wealth over the last couple of decades has gone to the already wealthy.

But is this the result of globalisation? Australia, Canada, Japan, France and Germany are among advanced economies similarly open to the global economy, and to which China has become an important trade partner. In all these countries income inequality is markedly less than in the United States, according to OECD numbers. This suggests that domestic policy is the place to look for remedies, not cross-border trade and investment. It is also relevant to Foroohar’s story that on these OECD numbers income inequality in France, Germany, Canada, Japan and Australia hasn’t increased in the past decade, and it has actually narrowed in the United States.

Homecoming is spirited but unconvincing. Complaining of the “financialisation” of US business, for example, Foroohar tells us that the US “financial economy” had become “larger than the real economy,” a statement I find hard to interpret. But I do know that US Bureau of Economic Analysis numbers show the value-add of finance and insurance as a share of US GDP (or total value-add) was 7.5 per cent eighteen years ago and 8 per cent just before Covid.

John Edwards is a Senior Fellow at the Lowy Institute for International Policy and an Adjunct Professor with the John Curtin Institute of Public Policy at Curtin University. His books include the two-volume John Curtin’s War.