The end of the era of mass politics?

Can the big political parties regain a sense of legitimacy, or have the conditions that sustained them come to an end? 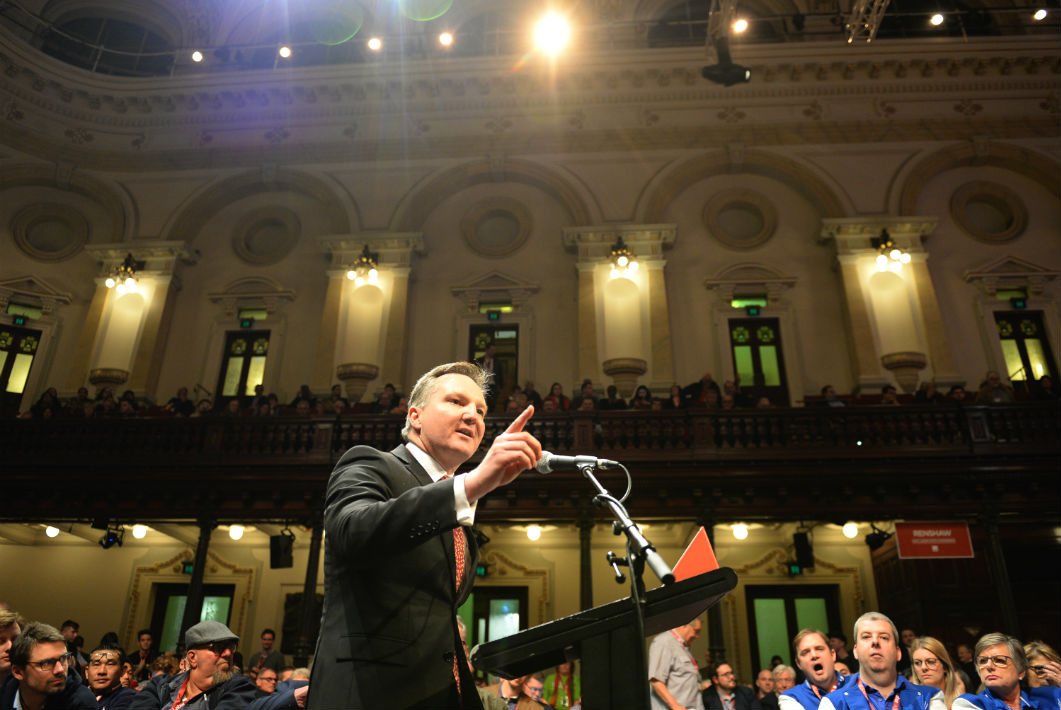 It’s just over forty years since a former federal Liberal frontbencher, Don Chipp, quit his party to form the Australian Democrats, the best-known of the trickle of new parties to emerge between the late 1960s and the mid 1980s. The Democrats disrupted the party system more than most, but eventually succumbed to deepening divisions.

The anniversary of Chipp’s fateful decision is a reminder that the recent proliferation of small parties – Cory Bernardi’s Australian Conservatives, Nick Xenophon’s SA Best Party and the United Australia Party – is far from a novel phenomenon. Many parties have been born over the years, and almost as many have faded away, and we’ve long been worried about their effects.

Meanwhile, the big parties linger on. What distinguishes them is the fact that they emerged from, and reflect, a larger, broader set of interests. Labour-based parties in Britain and Australia, for instance, grew out of the misery of the industrial working classes in the nineteenth century and the rise of the union movement. Crucially, their large membership base was actively engaged within a bottom-heavy structure. The best talent and the best ideas were fed to party leaders, who were seen as bound by members’ collective will.

When politicians and activists talk about parties being in crisis, it is the decline of this model of party politics that they are lamenting. Yet mass parties were viewed with suspicion when they began to emerge in the eighteenth century. In Britain, the conservative philosopher (and parliamentarian) Edmund Burke spoke for many when he argued that a political party should be a “body of men” united in “joint endeavours” in the “national interest.” For Burke, good character was crucial if politics were not to descend into factionalism. The idea that an MP should vote against his own conscience was anathema.

Colonial politics in Australia was less organised than in Britain, and more radical. Personality-based factions dominated, and governments were volatile and unstable. Between 1857 and the early 1890s, South Australia alone had forty-seven governments in thirty-six years. It was only with the rise of Labor that the party system we recognise today began to emerge in Australia.

It wasn’t simply that Labor conceived of “the pledge” — with its requirement that all party MPs must follow the decisions of caucus — and thereby created Australia’s famously strong party discipline and legislative cohesion. It was also the fact that Labor’s discipline and Australia’s voting system combined to force antagonistic liberals and conservatives to join forces and create the single non-Labor party that we today call the Liberal Party.

Labor’s great strength lay in the organised participation of its members, who provided ideas, unpaid labour and legitimacy. In return, the party offered its supporters a sense of community, a way of contributing to society, or simply something to do.

Robert Menzies emulated those organisational principles when he created a new Liberal Party in the mid 1940s. Until then, parties of the right had been hamstrung by the lack of a permanently organised membership base. The national ethos born of the 1930s depression and the second world war had created a “generation of joiners” interested in contributing to something greater than themselves, and Menzies was happy to fill the gap. For many women, his new party was a vital link to a community beyond home and school.

Since then, the major parties have organised voters into two (and a half) groups: Labor and the Liberals (with the half contributed by the Liberals’ partner, the Country Party, which became the Nationals). Not only were they good at linking governed and governors, their size and discipline also meant they could deliver for their people when they won office.

In recent times, though, this link with the membership has begun to look more like a constraint. Particularly within the Liberal Party, “the base” has been used by conservative MPs as a justification for opposing gay marriage or supporting tax cuts and changes to the Racial Discrimination Act. The problem is that it’s not clear exactly who constitutes “the base.” Is it the party’s voting base or its membership base?

With overall party membership in Australia standing at around 1 per cent of the population – far lower than European democracies, but on par with the United Kingdom —­ members and supporters are obviously not the same thing. Labor’s national membership is somewhere between 40,000 and 50,000. The Liberal Party claims more than 80,000, though an investigation from 2013 suggested numbers similar to Labor’s.

This disconnect between membership base and voting base raises further questions. Who do parties serve? Are their numbers healthy enough to maintain meaningful democratic linkages and continue to generate democratic legitimacy?

Healthy or not, our parties are here to stay. The combination of the preferential voting system and public funding based on electoral performance means that they can sustain themselves even if their membership lists are padded with phantoms and their meetings sparsely attended. With their capacity to write the rules and harness public resources, the major parties effectively operate as cartels. Leaders can afford to politely ignore their members.

This leaves us stuck with parties for the foreseeable future. But that’s not necessarily bad news.

A large part of the anxiety about the decline of the big parties rests on the assumption that mass parties are natural and normal. As early as the 1960s, though, political scientists noticed that the character of parties was changing, particularly as power became increasingly concentrated in the hands of party leaders.

One of the main reasons for the decline in membership is that people had better things to do. Today, parties are attempting to adapt to the realities of individualised politics, networked communities and demands for more meaningful membership experiences. These innovations can be observed around the world, and often it has been social democratic or green parties leading the way.

In Britain, the Labour Party has experimented with the democratisation of its leadership contests, allowing supporters as well as members to vote. When Kevin Rudd returned to the prime ministership in 2013, he introduced similar but less radical changes in the federal Labor Party. The 50–50 split between ordinary members and parliamentary party members, which ultimately favours the party elite over the branches, reflects the fact that these changes were top-down.

Parties are also struggling with the fact that people are increasingly reluctant to commit to an entire policy platform and defend it on the basis of an overarching commitment. Historically, Australian voters were very loyal: more than eighty per cent of us chose a party and stuck with it through thick and thin. Today, voters are interested in specific policy proposals and are less content to slot into the hierarchical and disciplined organisational models of the 1950s. As the political scientist Anika Gauja observes, parties have attempted to adapt to the demands of voters who want more meaningful engagement in policy discussions and more flexible membership options such as “supporters networks.”

Consider Labor’s efforts to mobilise and politicise the youth vote during the campaign for same-sex marriage or Christian groups’ attempts to map and organise the socially conservative vote. Overseas, parties have tried to involve ordinary citizens in the policy process through exercises like “big conversations,” in which members and the public are invited to contribute to party policy.

Labor’s origins as a social movement appear to better equip it for a more flexible and open model of party democracy and campaigning. The principles that underlie the rationale for party democracy are compatible with social democratic parties’ political principles — principles that were also evident in the organisation of many of the parties that came along later. The Australian Democrats, for instance, allowed all party members to vote on policy, and the Greens’ origins as a relatively tight social movement has, for now, kept its elites close to its base.

By contrast, the Liberal Party’s emphasis the party organisation’s autonomy, combined with the large degree of freedom granted to the parliamentary party, has made it more difficult to adopt new modes of voter engagement. Internal reports over the past ten years have argued for a return to the mass-party model rather than thinking beyond it.

The truth is that we don’t really know how democracy will be organised over the next fifty years. Perhaps the mass party will be another artefact of a moment in history when the values of equality and state provision were at a high. Perhaps we, as citizens, need to shape the process by demanding more from those who govern us. As long as political parties, and ultimately government, believe that democratic legitimacy remains crucial, we stand a chance. ●

Marija Taflaga is Lecturer in the School of Politics and International Relations at ANU.

Good advice, and puzzling blind spots, in the IMF’s latest report on Australia

What did they learn? IMF headquarters in Washington. Zach Gibson/AFP/Getty Images 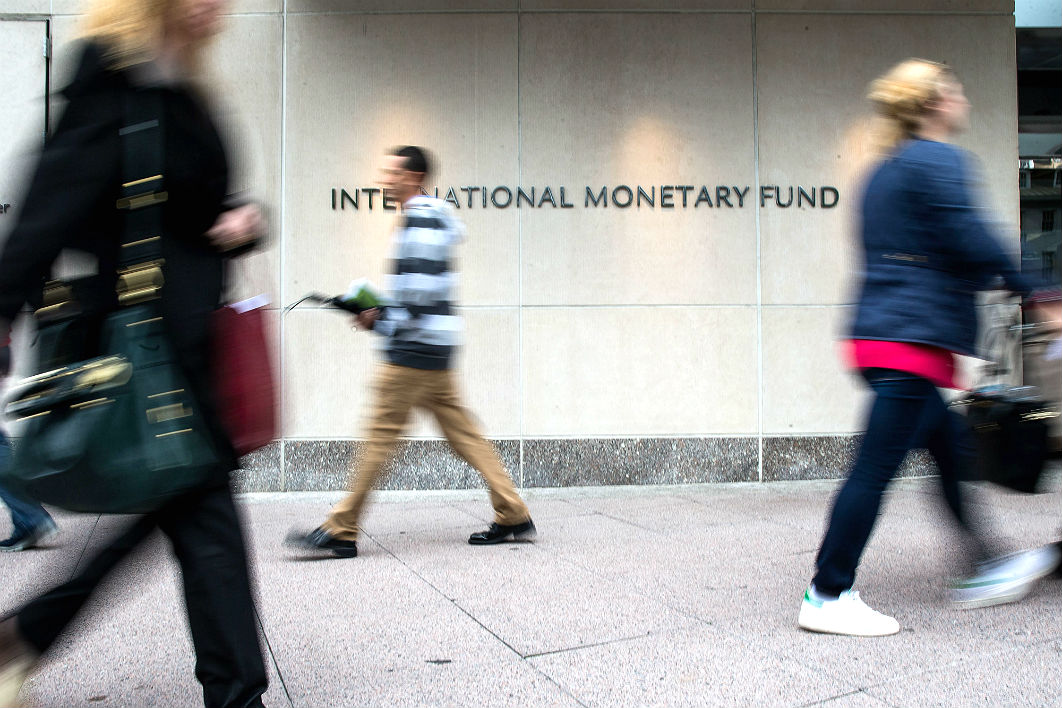 What did they learn? IMF headquarters in Washington. Zach Gibson/AFP/Getty Images