Britain created a caricature of the European Union, and Australian journalists went along with it 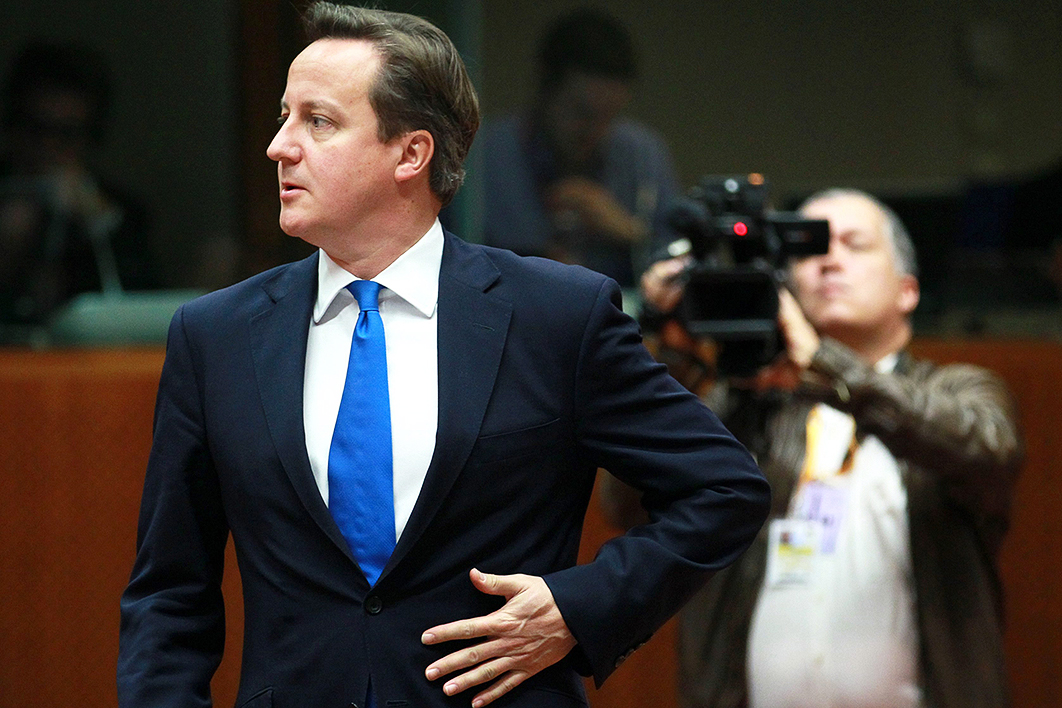 Whatever your take on Brexit and the unravelling of Britain’s political establishment since the 2016 referendum, it’s hard to dispute the fact that the foundations were laid well in advance. Just ask any journalist who covered a post-summit media conference at the European Council in the 2000s — the years of David Cameron’s peak anti-EU belligerence. The British prime minister’s unapologetic contempt for the European project was stunning; anyone in the room would have known that this kind of rhetoric couldn’t be undone or unwound. Ultimately, the only one who seemed surprised that his words might set the stage for what Britain is grappling with today was Cameron himself.

Here’s how the press conferences would work. The summit would break in the early hours of the morning and hundreds of journalists would rush to their home country’s briefing room to receive their quotable quotes. Interpreters would scramble; the basement’s unflappable audiovisual team would swoop into action. As twenty-eight heads of government or state took to their podiums, the biggest show in Brussels would reach its climax amid a frenzy of mostly upbeat activity.

Twenty-seven press conferences would follow a similar script. The leader would tell journalists that, yes, negotiations had been tough but middle ground had been found (the passive voice was perfect for EU leaders not wanting to lay blame or take responsibility). If a deal had ultimately been struck it had been in the name of European solidarity. The message was reliably similar: you don’t always get what you want, but it was worth the compromise.

The British press conferences were very different. It was as though Cameron had attended a meeting in a parallel universe. The unelected bureaucrats had tried to put one over on Great Britain, the prime minister would tell us. But fear not — the ever-vigilant British government had seen through the ruse and stepped in to stop another case of continental thieving. And before you had time to take it in, Cameron would move on to domestic affairs, making a point of only taking questions from British journalists and speaking straight down the camera into the houses of the British public. Then he’d skedaddle — no conciliatory statement, no acknowledgement that this political union had brought years of peace, prosperity and a sense of democratic purpose that would have been unthinkable in the Europe of the early postwar era.

As an Australian in Brussels, I didn’t have a horse in this race. You could be objective about the European Union’s achievements without believing that Britain needed to be part of the project. But you could be under no misapprehension that the over-the-top Euroscepticism of British politicians was inflicting real damage. The repeated assertion that the EU was inherently undemocratic — ignoring its directly elected parliament and a European Council made up of twenty-eight democratically elected heads of state or government — was simply untrue. Why would he say that? Britain could have argued that it didn’t agree with the political direction of the EU without suggesting that it was unrepresentative and illegitimate.

Cameron’s decision to take a baseball bat to the EU at every opportunity may have made good political sense and no doubt played well with the popular press that brought the narrative of thieving continentals to the masses. But when it came time to back-pedal and tell voters that, all things considered, Britain was better off as part of the EU, Cameron lacked the credibility to pull it off. The narrative he had built couldn’t be demolished overnight.

I may not have had a stake in this fight, but I was intrigued to observe the Cameron narrative as it weaved its way into Australian reporting on this issue. It wasn’t so much the Euroscepticism that was percolating into the writing of Australia’s London-based European correspondents, but a broader misunderstanding of where to place the EU on the political spectrum.

The British conservatives’ political spin was that the EU was supported by urban, progressive, not-quite-British types — what Theresa May later referred to contemptuously as “citizens of nowhere.” It was a political narrative that put the EU on the left and, by implication, all opposition to the EU on the right in the political firmament. This was a preposterous reimagining of the political reality of continental Europe and one that any observer on the Brussels side of the English Channel would have seen through. Yet conservatives in Australia appeared to lap it up. The fake narrative was there for all to see in the recent Spectator article by Tony Abbott, in which the former prime minister supported not just Brexit, but a no-deal Brexit.

Of all the misunderstandings our European correspondents could have assimilated from their London vantage point, the notion that the EU is something “of the left” is possibly the most pernicious. On the continent, where most of the bloc’s 512 million people lived, the political atmospherics were quite different.

Both European liberals and conservatives — in fact, any centre-right party outside the populist or neo-fascist mould — tend to be pro-European. On the mainland, big business loves a single market, while free marketeers applaud the EU’s largely successful attempt to break down the anticompetitive residues of an old Europe dominated by guilds and vested interests. The EU itself, through its consistently pro-market executive, has pushed member states towards free-trade agreements, including a deal with Canada, South Korea, Japan, Singapore and a range of regional groupings — not to mention the now almost-abandoned Transatlantic Trade and Investment Partnership with the United States. When France’s gilets jaunes protesters take to the streets they are fighting president Emmanuel Macron’s pro-European liberalism, in the sense of classical liberalism.

In fact, strands of the European left have often expressed ambivalence about the liberalism that underpins the European project. The EU hostility expressed by Labour leader Jeremy Corbyn, which harkens back to before the 1980s, is arguably more recognisable to a continental European. The school of thought that suggests the EU is merely a construct of the forces of global capital — a view popular among supporters of Italy’s Five Star Movement, say, or Greece’s Syriza — doesn’t take long to bubble up to the surface.

Europe’s competition commissioner, the Danish liberal Margrethe Vestager, may be applauded when she takes on American tech giants, but she’s viewed with disdain by many for her role in fighting national governments as they pick industry winners, meddle with the economy and attempt to violate the EU’s tough rules banning state aid. Northern European states — in particular the Netherlands and Britain — are reliably blamed for promoting economic liberalism within the bloc, and old-school European lefties either despise the EU outright or regard it with extreme scepticism. Europe’s left was Eurosceptic from way back, before Cameron was born.

So, how did we fall for it? Why would Abbott and others on the right of Australian politics take sides against the pro-market, liberal EU?

Australian journalists need to take some responsibility for this state of affairs. Covering European news from London by repurposing Reuters copy without spending time in Frankfurt, Strasburg, Brussels or Paris was never a good look. But now, with Britain heading for the door, covering European affairs from London is even harder to justify. With the French–German relationship central to the power play at the heart of the bloc, eastern European EU members and Baltic states at the centre of geopolitical struggle with Russia, the Nordics providing increasingly attractive models of governance, and Italy and Spain still reeling from the implications of corruption scandals, you can’t afford to get your news through the filter of the London press.

James Panichi is Australasian Managing Editor for MLex. He reported from Brussels from 2012 to 2017.

Trump versus Obamacare, yet again 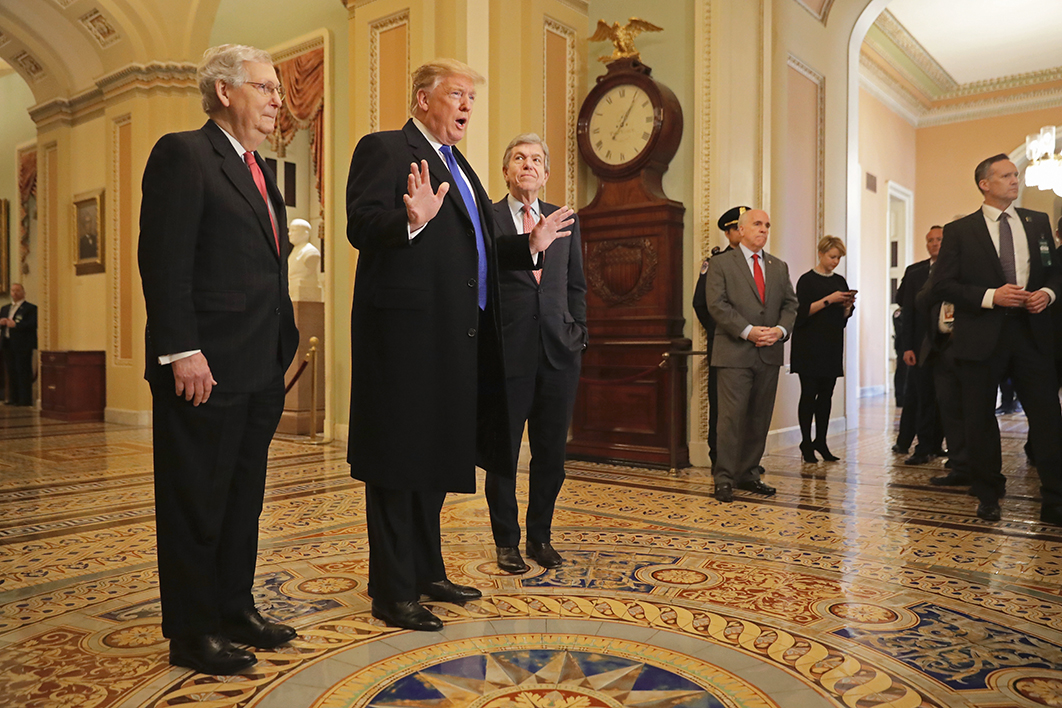