The evolving threat of lone-actor terrorism

What does the research tell us about this increasingly common phenomenon? 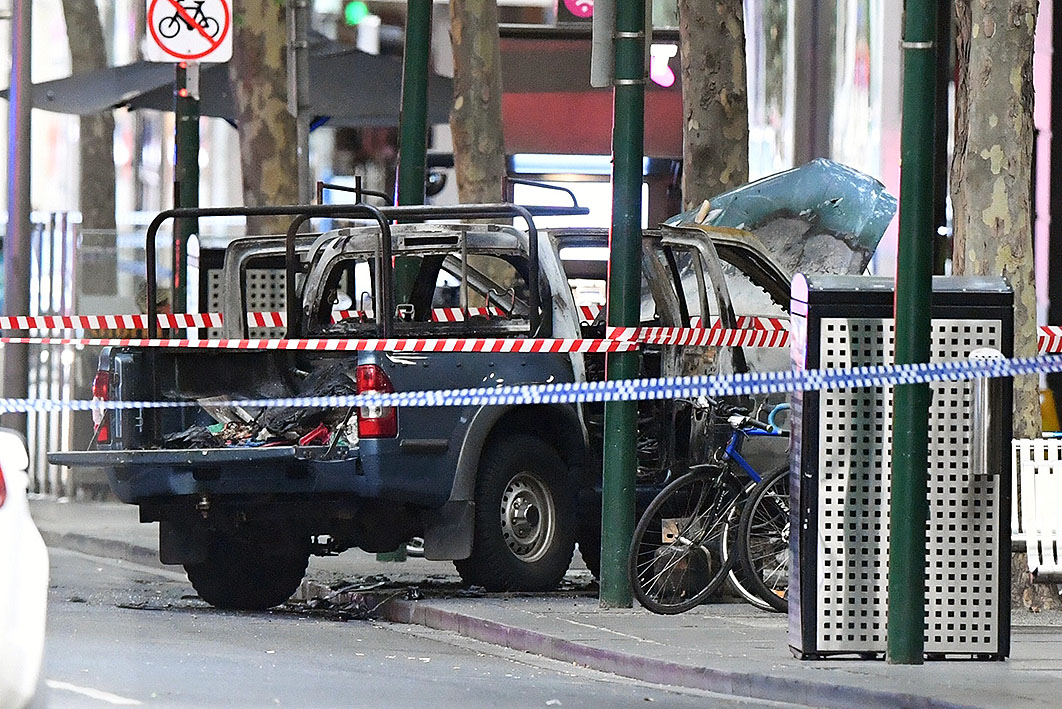 Last Friday’s attack in the centre of Melbourne has highlighted the continuing threat of “lone-actor” terrorism — those acts of violence carried out by an individual in pursuit of a wider political objective. In circumstances reminiscent of many other incidents, particularly in Europe, Hassan Khalif Shire Ali launched an attack on busy Bourke Street at around 4.10pm. After igniting a car containing gas cylinders, he attacked bystanders with a large knife.

Tragically, it appears that the first victim, Sisto Malaspina, was stabbed in the chest after attempting to render aid to Shire Ali, perhaps believing the flames were the result of an accident. He later died in hospital. Two other men were wounded before Victoria Police patrol officers arrived on the scene and attempted to subdue the attacker. Finally, one of the officers was forced to shoot him in the chest, incapacitating him with eventually fatal results.

Australia has experienced this kind of violence before. Both the Lindt Café siege (2014) and the Parramatta shooting (2015) highlighted the threat of the lone-actor terrorist, and subsequent attacks in Minto (2016), Brighton (2017) and Mill Park (2018) have demonstrated the difficulty of detecting and interdicting those who engage in low-tech attacks. Here and internationally, lone-actor terrorism has become increasingly common.

Recently, one of us (Ramon Spaaij) conducted a survey of all known lone-actor attacks, using a strict definition: the attacks had to have been conducted in person, and bombings were excluded. He found that there have been fifty-six incidents in Western countries since 2016, resulting in the deaths of 143 people and the wounding of 380. This compares with seventy-three incidents in the decade and a half from 2001 to 2015, which resulted in 170 fatalities and 275 woundings.

A report by Europol found that during 2017 most terrorist attacks in the European Union were committed by lone individuals, many of whom claimed an allegiance to Islamic State. Indeed, since its territorial losses in Iraq and Syria, and especially since the fall of Raqqa, the organisation has doubled down on its calls for lone individuals to “set their homes and forests on fire, or run over the largest number of unbelievers with your vehicle, or stab them repeatedly with a knife.”

Compounding the rising number of lone-actor attacks are increases in the average number of people killed in each attack. Lone-actor attacks in the United States were 3.45 times deadlier on average from 2011 to 2016 than in the period from 2001 to 2010. In contrast to Europe, more of those attacks emerged from the far right.

Indeed, in the last three weeks alone, a series of widely reported lone-actor attacks have occurred in the United States. On 22 October an individual mailed fifteen pipe bombs to Democratic Party officials; on 27 October an anti-Semite white supremacist attacked a Pittsburgh synagogue, killing eleven and wounding six; and on 2 November a man who aligned himself with the “incel” movement shot six people in a Tallahassee yoga studio.

These attacks have occurred in a particularly polarised atmosphere in the United States, and in the context of numerous non-political acts of mass violence. Separating the lone-actor terrorist from the mass killer is not always straightforward: in the aftermath of the 2017 Las Vegas shooting, for example, in which fifty-eight were killed and more than 400 wounded, government officials, academics and journalists debated whether to call the attack “terrorism.” This confusion reflects contending definitions of “lone-actor terrorism,” with no one definition being dominant. But it also reflects the complex nature of these individuals.

The motivations for lone-actor attacks are often on the blurry line between the personal and the political. As a team of American researchers found, both mass murderers and lone-actor terrorists are driven by an intermingling of personal, political and social factors. Importantly, personal issues (including mental health problems) often lead to a susceptibility to ideological influences, though the reverse is also true. This interplay demonstrates the peril of attempting to assign inflexible either/or narratives to an attacker’s path to violence.

Other studies have found that some lone-actor terrorists, perhaps ironically, express personal grievances vicariously through an identification with often violent and extreme group identities, such as white supremacy or radical Islamism. This doesn’t happen in the reverse case: mass murderers don’t go through this process of identification, usually acting from more idiosyncratic and personal motives.

The fact that personal grievance can lead to identification with an extremist ideology is an important point. As for many lone attackers in Europe, the Bourke Street attacker’s life seemed to be on a downward arc. He abused drugs, suffered from mental health issues and was living with his wife and child out of a small bungalow, a situation further marred by his erratic behaviour. Given these strains, combined with his long-held radical views, it is perhaps unsurprising that he acted as he did, though his family have stressed he was a man who was “crying for help,” not a terrorist. Again, we should view his actions not as either political or personal, but rather as a combination of the two.

In the attacker’s view, dying in a grand final act can serve as a way of transforming and redefining one’s life into something new and undeniable. Islamic State’s willingness to claim and laud these attacks also contributes to this transformation.

It is also clear that lone-actor terrorists do not turn to extremism, or plan, prepare and execute their attacks, within a social vacuum. Rather than living the hermetic existence of terrorists like Peter James Knight (who shot dead a security guard in an attack on a Melbourne abortion clinic in 2001), most lone actors exist in wider social networks, with varying degrees of contact with and influence from friends, family and co-workers. Online communities also play an important role in providing safe spaces for fringe and extremist individuals to socialise and develop an affinity with other sympathisers. The Gab social network has attracted significant attention in the wake of the Pittsburgh synagogue attack.

Some lone actors do fail to develop meaningful social connections. This is most dramatically seen in the case of self-identified “incel” attackers, though a significant minority of lone-actor terrorists of all ideologies are socially isolated. Sometimes, the loss of connection itself can serve as a trigger.

But social connections are often crucial in motivating and supporting an individual in undertaking an attack. Sometimes this involves an active rapport with fellow extremists. Safia S., a German-Moroccan teenager who stabbed a German police officer after her brother was arrested in Turkey while attempting to join Islamic State, shared her attack plan with another extremist who was later arrested for planning his own attack. Social connections can also be more passive, providing a vague sense of emotional support. Before a twenty-one-year-old white supremacist stabbed four non-white people at a Swedish school, he told an online friend that he hated himself, that he wanted to die and that he hoped the “cops aim straight; I really don’t want to survive the rampage.”

Family members often have some idea of the extent of an individual’s radicalisation. (Early reports that Shire Ali’s brother had been arrested for planning a terrorist attack appear to have been the result of misidentification.) Safia’s family recognised that she had become radicalised, without necessarily being aware of the degree. Similarly, the 2017 Finsbury Park attacker’s family noticed his descent into virulent Islamophobic belief and described him as a “ticking timebomb.”

Given these characteristics, it is unsurprising that lone actors typically do not place much emphasis on operational security. Rather than emulating Anders Behring Breivik’s meticulous commitment to a cover story before the 2011 Norway attacks, most of them express their extreme viewpoints and their intention to right perceived injustices with violence.

This “leakage” is strongly linked to grievance-driven behaviours like terrorism. Given the centrality of the grievance to their worldview, it is understandable that lone-actor terrorists would express their views, whether to family members, friends or an online community. This behaviour presents an opportunity to interdict prospective lone-actor terrorists before they can carry out their attacks. Research into developing multifaceted interdiction strategies would be valuable, and could help to identify personal and ideological factors leading towards violent action. Multidisciplinary centres like Victoria Police’s Fixated Threat Assessment Centre also offer a way for security agencies to triage and assess at-risk individuals.

Lone-actor terrorism is increasingly simple, impulsive and low-tech in nature. While the 2011 Norway attacks demonstrated that a determined individual with time and money can produce a sophisticated bomb, many lone actors simply lack the knowledge, resources and patience.

Instead, attacks increasingly rely on simple household tools — in Shire Ali’s case, a car, gas bottles and a knife — and need almost no planning. Indeed, Shire Ali was able to carry out his attack while on a police watchlist.

But low-tech attacks are also limited in scale and effectiveness, particularly when combined with a rapid security response and measures to protect likely targets. Effective gun control and restricted availability of firearms also significantly reduce the ability of lone actors to inflict mass casualties.

One final aspect that has only begun to be considered in assessing this type of violence is the role of internal emotional states. It may seem strange and perverse to consider terrorists’ fear, but research has suggested that their quest to overcome and deal with these negative emotions may be an important aspect of the violence. This process is particularly true for lone-actor terrorists because, ultimately, they must act alone in the moment. • 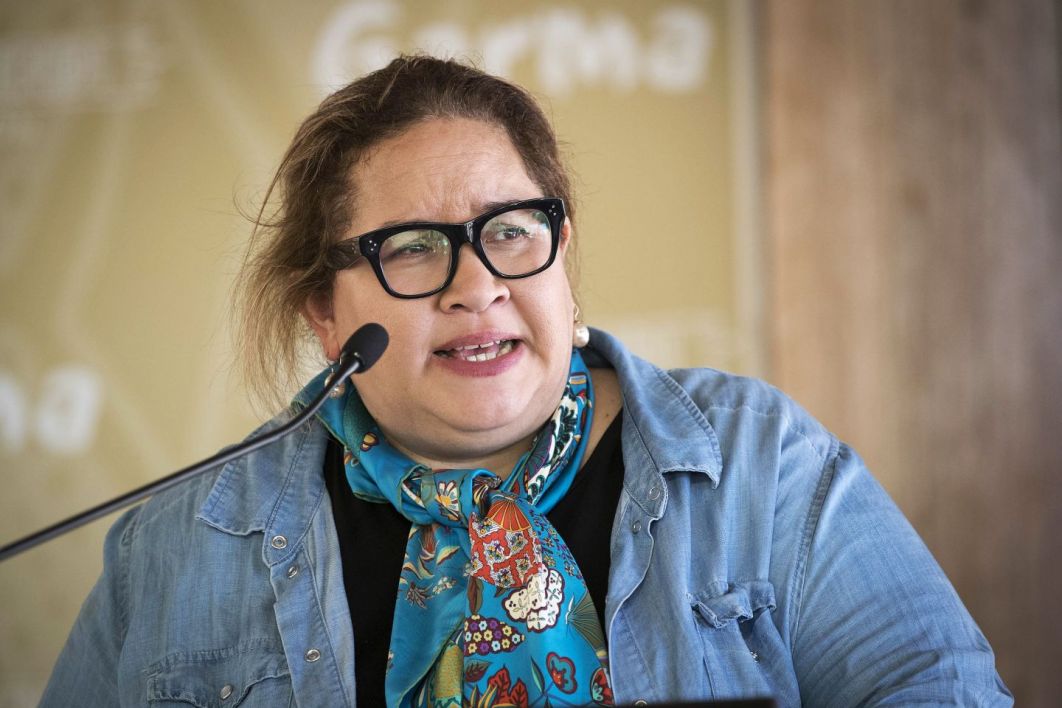