The four horsemen of the global financial crisis

Books | A former Morgan Stanley executive does a great job of exposing the flaws in mainstream economics. But his solution has problems of its own 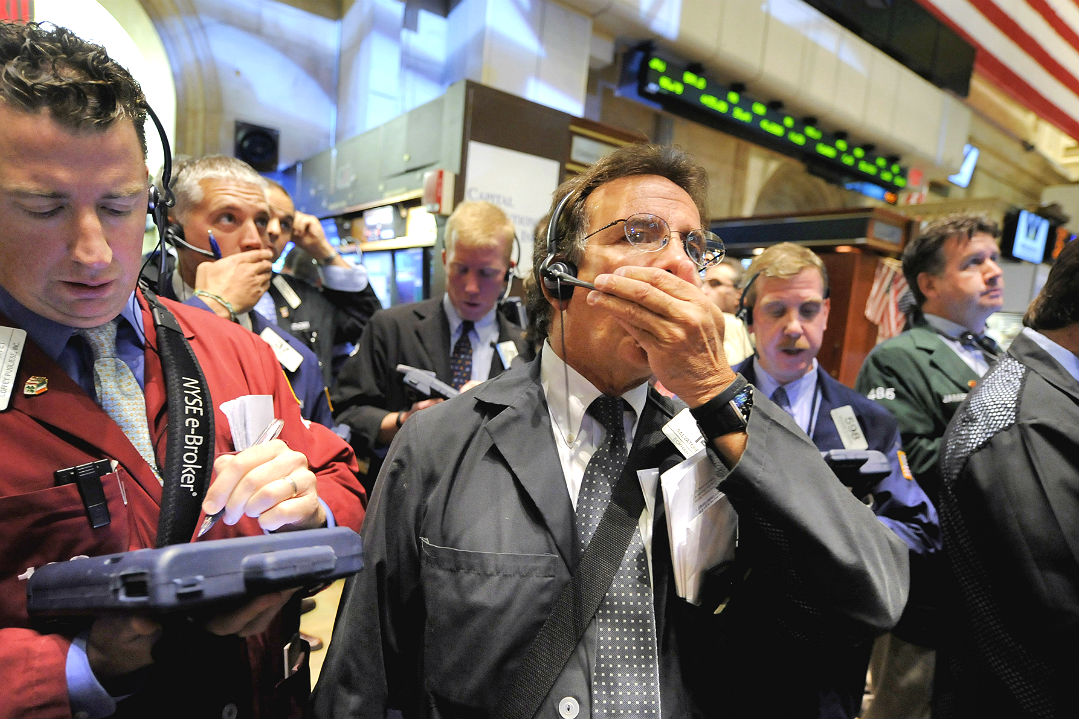 The End of Theory: Financial Crises, the Failure of Economics, and the Sweep of Human Interaction
By Richard Bookstaber | Princeton University Press | $55.99

After reading Richard Bookstaber’s account of the failure of mainstream economics to predict financial crises, it struck me that an observer might have predicted the contents of this review by observing the movements of my head. With Bookstaber’s pithy opening summary of the mathematisation of economics in the nineteenth century, I was nodding in agreement. As I read his critique of current economic practice, I nodded more vigorously. Moving on to his proposed alternative, though, I began shaking my head, at first occasionally, then more and more. Finally, I was left scratching my head. If I could agree so completely with Bookstaber’s diagnosis, but disagree so thoroughly with his proposed remedies, are the problems simply insoluble?

After a brief scene-setting summary of the ideas of the great classical economists Adam Smith, John Stuart Mill and Karl Marx, Bookstaber’s account starts in earnest with the rise of neoclassical economics and mathematical formalism in the late nineteenth century. The key player here is William Stanley Jevons, who sought to place economics on a firm mathematical foundation. For Jevons, among the key things economic theory needed to understand and predict were the crises that were already a well-established feature of the capitalist economy.

As Bookstaber points out, contemporary economics might fully reflects Jevons’s mathematical approach but it has largely abandoned his search for a model of the business cycle. It’s only fair to mention, though, that the failure to develop such a theory wasn’t for want of trying. Throughout the twentieth century, mainstream and heterodox economists alike produced a profusion of attempts, none of which was entirely satisfactory.

Bookstaber argues, correctly in my view, that the standard approach of neoclassical economics, embodied in Dynamic Stochastic General Equilibrium, or DSGE, models, can never account for financial crises. In these models’ archetypal versions, macroeconomic outcomes arise from the decisions of a “representative agent,” a single participant in the economy exhibiting typical preferences.

This agent is uncertain about the future (the “dynamic” in DSGE means “over time” and “stochastic” means “uncertain”) but can nevertheless make perfectly rational choices about what to consume and produce along every possible path the economy might traverse in the future. These choices determine, and are determined by, market prices (this is where the “general equilibrium” part of DSGE comes in).

DSGE models failed spectacularly in the lead-up to the global financial crisis, and were equally useless in the developing responses. The core approach of DSGE modelling starts with conditions conducive to the emergence of a stable equilibrium, and so it effectively rules out the possibility of crises.

DSGE modellers are aware of this problem. Indeed, the typical DSGE paper focuses on a particular deviation from the canonical model, and shows what happens when it is adjusted to allow for it. After the GFC, these adjustments commonly involved acknowledging that “frictions” in the financial sector could be tweaked to simulate a crisis.

A macroeconomic article today often follows strict, haiku-like, rules: It starts from a general equilibrium structure, in which individuals maximise the expected present value of utility, firms maximise their value, and markets clear. Then, it introduces a twist, be it an imperfection or the closing of a particular set of markets, and works out the general equilibrium implications. It then performs a numerical simulation, based on calibration, showing that the model performs well. It ends with a welfare assessment.

Staying within a step or two of the standard general equilibrium solution has obvious benefits. The properties of general equilibrium solutions have been analysed in detail for decades, and this means that modelling “general equilibrium with a twist” has exactly the right degree of difficulty for academic economists. It’s hard enough to require, and exhibit, the skills valued by the profession, but not so hard as to make the problem insoluble, or soluble only by abandoning the underlying framework of individual maximisation.

Bookstaber’s argument is that DSGE can’t work in the face of what he calls the “four horsemen”:

• Emergent phenomena: “When system-wide dynamics arise unexpectedly out the activities of individuals in a way that is not simply an aggregation of that behaviour.”

• Non-ergodicity: “Where the dynamics themselves change over time.”

• Radical uncertainty: “Our unanticipatable future experiences, on the one hand, and the complexity of our social interactions on the other.”

• Computational irreducibility: “Our interactions are so profound that there is no mathematical shortcut for determining how they will evolve. The only way to know what the result of these interactions is to trace out their path over time… The world cannot be solved; it has to be lived.”

All of this is spot on, and Bookstaber develops these ideas in some insightful chapters. The problems start when he proposes his solution: agent-based modelling.

The key goal of agent-based modelling is to simulate the behaviour of a system populated with individual “agents,” each of whom follows a simple rule. The best-known example, discussed by Bookstaber, is John Conway’s Game of Life, in which the “agents” are represented by squares that turn on and off according to simple rules. Depending on the starting configuration, an amazing variety of patterns can be produced, but there is no general way of predicting the behaviour of the system.

Bookstaber presents his own agent-based model of a financial system subject to crises. He hopes that the widespread use of a model of this kind would become a kind of self-refuting prophecy. Sovereign wealth funds and other asset owners would intervene in the early stages of a crisis, buying up assets that had fallen below their long-term value, and would thereby prevent a market retreat from turning into a rout.

This sounds appealing, and Bookstaber backs it up with a convincing retelling of the story of the global financial crisis, which his model describes very well. So why did I become more and more unhappy as I approached the end of the book?

The big problem with Bookstaber’s approach is that it is vulnerable to the same criticisms he makes of mainstream economics. His agent-based model works well in describing the 2008 crisis, but he has the benefit of hindsight. With that same benefit, mainstream DSGE modellers have tweaked their models so that they can also represent the crisis.

More importantly, agent-based models share the same starting point with DSGE: the behaviour of individuals, which is then combined to model the market as a whole. This is based on a misunderstanding of the crucial idea of emergent phenomena. Precisely because the behaviour of complex dynamic systems can’t be predicted from individual components, models need to work at the aggregate level. Just as we can’t model human behaviour by looking at the sub-atomic particles of which we are composed, neither can we capture all aspects of an economic system by looking at individual agents, whether these are the “rational maximisers” of neoclassical orthodoxy or the rule-followers of agent-based modelling.

The history of agent-based modelling in economics supports these concerns. The general idea has been around since the 1970s, and produced some notable early successes, such as Thomas Schelling’s model of racial segregation and Anatol Rapoport’s Tit for Tat strategy for Prisoner’s Dilemma games. But subsequent advances have been few and far between. In economics itself, agent-based modelling has been used extensively for two decades but has yet to produce any widely accepted results, let alone a program sufficiently powerful to challenge the dominant DSGE.

By contrast, while DSGE models reign supreme in the journals, they have been displaced in policy discussions by much simpler models working at the level of the economy as a whole. The most successful, in terms of predicting the behaviour of the economy, have been modified versions of textbook Keynesian models, focusing on aggregate investment, saving and demand for liquidity. The main opposition to Keynesianism has come from advocates of “austerity,” who focus on abstract notions like “confidence” that can’t easily be reduced to the beliefs of any particular agent or individual.

A focus on the properties of the financial system as a whole, rather than the agents within it, suggests a very different approach to policy. It may be well be impossible to model a system in which agents seek to profit from marginal misalignments between the prices of alternative asset portfolios, with aggregate values in the hundreds of trillions of dollars and daily transaction volumes in the tens of billions. But it is not hard to see that such a system must be fragile, and that bailing it out in the event of failure is going to be hugely expensive. The primary lesson we should have learned from the GFC is not that we need better models but that we need a better system: more robust, more risk-averse and correspondingly smaller and less profitable.

Whatever the merits of his proposed solution, however, Bookstaber has done a great job of exposing the flaws in dominant economic theories. For anyone concerned with these issues, his book is well worth reading. •