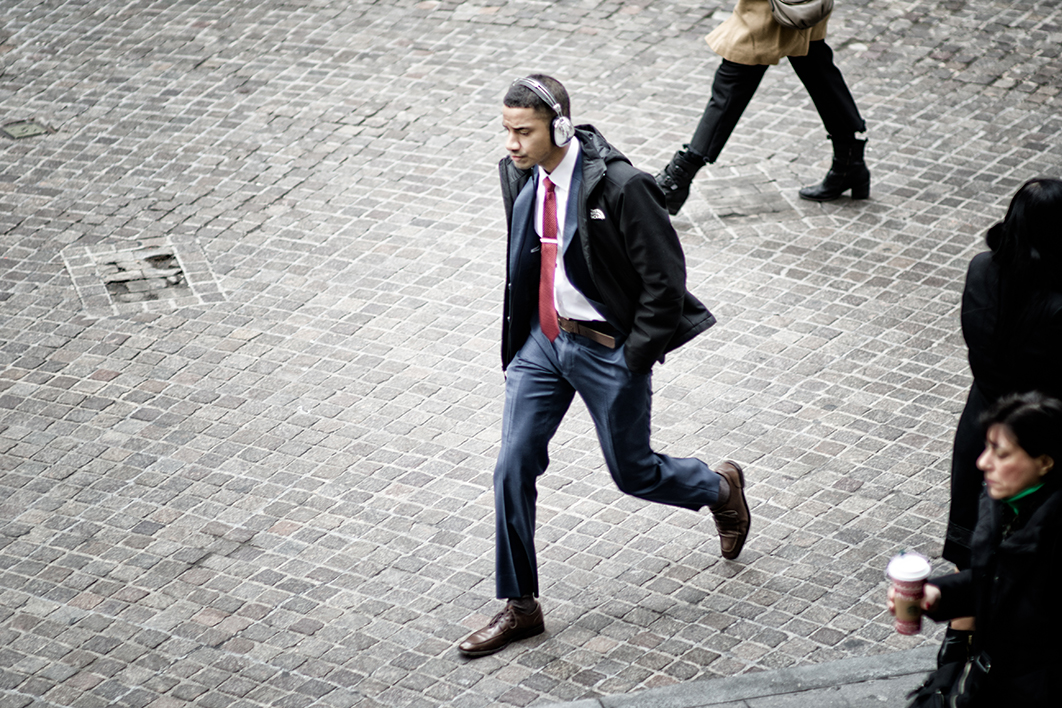 “Every generation thinks it invented sex, and every generation is wrong.” As that quotation from the American writer Robert Heinlein suggests, we all experience as unique and revelatory the transformations we undergo through the course of our lives, from childhood to puberty, adulthood, parenthood and old age. As a matter of logic and observation, though, these processes are experienced at all times and in all places, and differ more in detail than essentials.

This is the paradox at the heart of the otherwise inexplicable durability of claims that people’s characteristics can be explained by their membership of a “generation” (baby boomers, generation X, and so on). The general flavour of this analysis can be seen in the positive and negative traits attributed to the generation getting the most attention today, the millennials, who were born after 1982 and reached adulthood in the twenty-first century.

Millennials, we are told, “reject traditional career paths” and care less about money than about fulfilment. Yet they’re also entitled, lazy and narcissistic. This might sound convincing enough on the basis of casual acquaintance with today’s young adults. But anyone who’s been watching generational analyses long enough will recognise that they are exactly the same traits imputed to the “slackers” of generation X when they were the same age, and before that to the baby boomers in the 1960s.

The most perfect illustration of this phenomenon comes in an article published by Forbes, the American business magazine, in which millennials are said to be “looking for adventure (and whatever comes their way).” Readers of a certain age will recognise this as a line from the Steppenwolf song “Born to Be Wild,” the biggest hit from the soundtrack of Easy Rider. Released in 1969, the film was an archetypal representation of the rebellion of youthful baby boomers against the constraints of middle-aged society.

Like that revealing example, most of what passes for a discussion of the merits or otherwise of particular generations is little more than a repetition of unchanging formulas: the laziness and immorality of the young, the rigidity and hypocrisy of the old, and the general boringness of the middle-aged.

As well as being treated as a homogeneous group, millennials are assumed to be uniformly progressive in their political views, particularly in the United States. It’s certainly true that, all other things being equal, US millennials are even more hostile to Trump than Americans in general, as the Washington Post recently reported. But other things aren’t equal. As with the population at large, young African Americans favour Trump least, and whites most, though no group favours him on balance. Attitudes are determined much more by race than by age, and the proportion of whites among millennials is lower than among older Americans.

To push the point a little further, it’s important to note that the study reported by the Washington Post only disaggregates millennials by race. On average, they also have more education, lower incomes and less attachment to religion than older Americans, all of which are factors associated with more left-wing views in general and more critical views of Trump in particular. If these were taken into account, it’s likely that millennials would be found to be statistically indistinguishable from older Americans with similar characteristics.

What’s also striking about the Washington Post article is that it treats the finding of diversity as counterintuitive. I can’t blame the author of this piece for taking this as the starting point; it’s taken as axiomatic in the vast output of generationalist clichés against which I’ve been waging a losing battle since the first millennials came of age in the year 2000.

It might be argued that all this is just a harmless way of keeping marketers and feature writers employed, churning out the same analyses of different generations from one decade to the next. But the focus on intergenerational differences has pernicious political consequences: it encourages us to ignore the much more important differences within generations arising from gender, ethnicity and, critically in the current context, class. Over the past few decades, the share of income going to households in the top 1 per cent of the income distribution — and within that group, to the top 1 per cent (and so on) — has risen steadily throughout the English-speaking world.

In Australia, at least until recently, the increase in inequality has been gradual enough that most households have continued to experience growing incomes, though those at the top have gained more. In the United States, by contrast, household incomes have stagnated for decades. Only those in the top 5 per cent of income earners have experienced more rapid income growth than in the postwar decades of broadly shared prosperity.

In other words, a focus on differences between generations obscures the crucial role of inequality within generations. The New York Times’s Steven Rattner provides an example in an article showing that US millennials (those born after 1980) are doing much worse, on average, than previous generations at the same age, despite higher levels of education. Rattner notes the role of the recession, now nearly a decade old, but then jumps to the conclusion that it is the baby boomers, as a group, who are to blame. His only evidence is the long-discredited claim of a looming crisis in social security spending.

Rattner’s piece leaves the impression that doing worse than older cohorts is a uniquely millennial experience, but never gets around to mustering any data. So I thought I’d do his work for him, and dug out this graph prepared by Doug Short. As can be seen, the group suffering the biggest loss, relative to older cohorts at the same age, are those households with heads aged forty-five to fifty-four in 2013, a mix of late boomers (for aficionados, this group is called generation Jones) and early X-ers. But median household income is falling for all groups except the sixty-five-plus cohort — mostly called “silents” in the generation game — partly because households were declining in size up until recently, when forming a new household became less affordable.

Rattner doesn’t mention, even once, the obvious and well-known explanation for the fact that median income is falling while mean income rises. This can only occur if the distribution of income is becoming more skewed, with the top tail (the 1 per cent) benefiting at the expense of everyone else.

If boomers as a group have done no better than anyone else, can it at least be claimed that it was boomer mismanagement that brought the economy to its present pass? Not really. On Time magazine’s list of the twenty-five people who made big contributions to bringing about the global financial crisis, the top three (financier Angelo Mozilo, central banker Alan Greenspan and congressman-turned-lobbyist Phil Gramm) are all silents, as is the emblematic Ponzi figure Bernie Madoff and (strikingly missing from the list) Bill Clinton’s treasury secretary Robert Rubin. And that’s without even considering the financial deregulation of the 1970s, which set the whole process in motion.

Inevitably, given that they constitute a large share of the adult population, plenty of boomers appear among the bit players on Time’s list. Equally, given the preference of Wall Street firms for young hotshots, much of the actual work of designing and selling bogus securities was done by X-ers in their twenties and thirties.

The point here is not that one generation is more or less to blame than another. The people who caused the crisis were mostly born before 1945 because they were of the right age to hold powerful positions in the financial sector in the 1990s. It was their membership of the 1 per cent that matters here.

In the Australian context, the central focus of generational debate has been housing. Typical arguments pit a selfish home-owning older generation against gen Y, described in one headline as being “locked out of the housing market.” The statistic underlying this story is that “fewer than half of Australia’s 24 to 35-year-olds are homeowners, with the rate of home ownership crashing from 61 per cent in 1981 to 47 per cent in 2011.”

A shift of fourteen percentage points over thirty years is significant, of course, but wouldn’t normally be described as a crash. More significantly, the statistics show that nearly 40 per cent of that age group was already locked out of the housing market in 1981, and that nearly 50 per cent have acquired a home (not to mention a mortgage) today. Whether you are in the top or bottom half of the income distribution matters much more to your chances of home ownership than whether you were born in the 1950s or the 1980s.

Tax policies such as negative gearing and the concessional treatment of capital gains don’t benefit one generation at the expense of another. Rather, they benefit those paying the top marginal tax rate at the expense of everybody else. It’s true that this tends to favour the currently old over the currently young, but the durability of these policies, along with limited social mobility, means that millennials from wealthy backgrounds will soon be enjoying the same benefits as their parents.

Taking the view that “if you can’t beat them, join them,” I therefore propose to name the latest birth cohort generation Trump, pointing out their many similarities to the elected leader of the world’s largest democracy. Generation Trump consists of those born after Trump announced his candidacy for the US presidency in 2015.

The crucial thing about this generation is that their character is formed entirely in Trump’s image. They are hedonistic and totally self-centred, have a short attention span, are prone to mood swings, and are almost entirely ignorant of the world beyond their own immediate concerns. On the other hand, they can be loving and affectionate, and many are totally family-oriented.

Astute readers will observe that, in a slightly toned down form, this is very similar to what is being said in contemporary depictions of millennials, and was said about generation X when they were in their late teens and early twenties. That’s great for me, since it means I should be able to pump out marginal variants of the same clichés about generation Trump until they turn into boring middle-aged adults. • 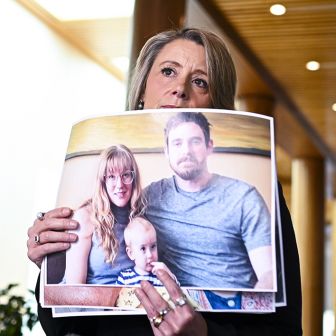 National Affairs Overlooked, undercounted and over there Adam Triggs 7 December 2020 By grossly underestimating the number of Australians stuck overseas, the government is glossing over one of its biggest failures 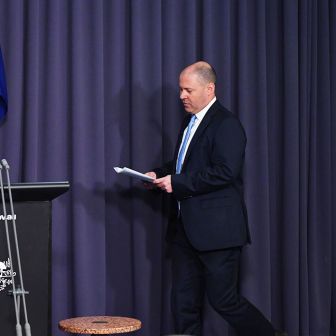 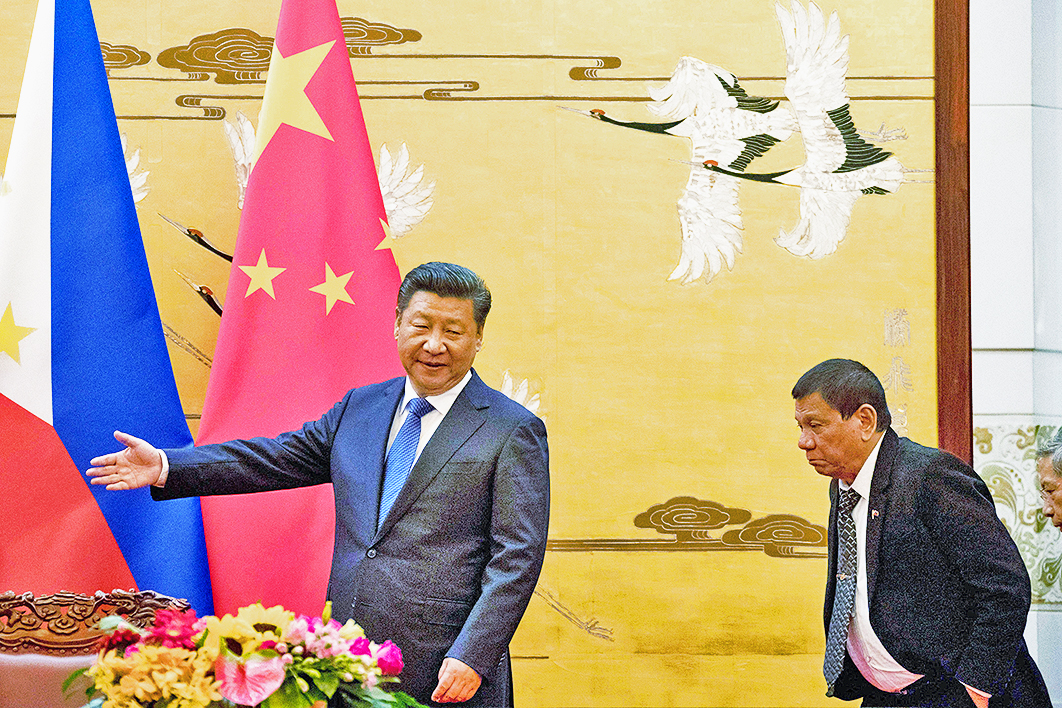