Will the wrong person be chasing the wrong issues? 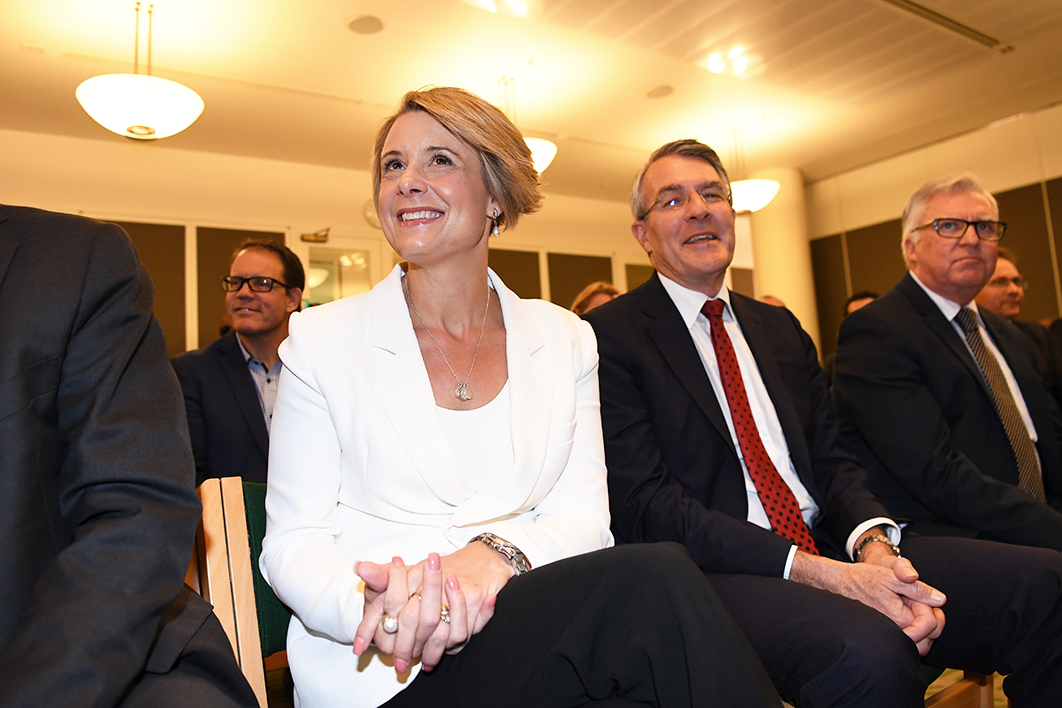 Anthony Albanese has made his first big blunder: appointing Kristina Keneally as shadow home affairs minister. It’s not that she once expressed misgivings about boat turnbacks and offshore detention; no one really cares about that. And her presence at the helm of the NSW government’s humongous 2011 election loss is neither here nor there. That would have happened regardless of who was leader.

It’s the fact that Keneally is a rising star and a great forensic media performer whose success is largely measured in quantums of limelight.

The plan, apparently, is for her to apply a relentless blowtorch to minister Peter Dutton, particularly on the big increase in asylum seekers arriving by plane on his watch. As the opposition leader gushed on Monday, “Peter Dutton will know he’s alive each and every day with Kristina Keneally as the shadow minister.”

After taking government in 2013 the Coalition had a rude awakening. They stopped the boats in no uncertain fashion, after Kevin Rudd’s disastrous policy fiddles had produced an escalation in arrivals, but they got barely any credit from voters. It was almost as if this wasn’t the defining Australian political issue of the twenty-first century after all, and that people were more interested in bread-and-butter economic matters.

Now, it’s true that when immigration, refugees and unauthorised maritime arrivals are pushed to the front of voters’ minds, it’s good politically for the Coalition and bad for Labor, regardless of who is in government. That can never be changed. But while Australians much prefer the Coalition on the issue — going right back to John Howard in 2001 — they are also aware that these same politicians can be tempted to be too clever, to manipulate it, to play them for mugs: like Howard and the “children overboard” in 2001. Voters can be cynical.

The problem for Dutton as minister has been that whenever he’s tried to conjure up a gratuitous piece of scare-mongering, like the claim that refugees will take your hospital bed, it’s been too obvious. People know they’re being had.

Now Labor will do his work for him, ensuring that immigration, and asylum seekers in particular, is regularly on the front pages.

But wait, there’s more: the crafty shadow minister is doing a bit of “triangulating,” internalising and tweeting this slice of Dutton-speak about keeping Australians “safe” from the unwashed hordes:

@AlboMP’s decision to introduce a Shadow Home Affairs portfolio sends a clear message that Labor will ensure Australians are kept safe. Labor fully supports offshore processing, boat turnbacks where safe to do so, and regional resettlement.

Wait, isn’t it supposed to be all about preventing drownings these days?

Labor trying to out-tough the government on “border protection” is like the Coalition promising to be the party of protecting penalty rates. If people are really going to cast their vote on that issue, there’s only one choice.

More recently, Keneally seems to be saying she’ll be making the case for a bigger immigration program. That too, from opposition, is a political disaster waiting to happen.

Bill Shorten’s biggest mistake was loading himself up with big, comprehensive policies, seeming to take to heart from facile urgings to “rediscover the reformist zeal of the Hawke–Keating years.” (Facile because Hawke and Keating were in government, not in opposition, and also because very few of those great reforms celebrated today were taken to elections first.)

But Shorten handled immigration and related matters reasonably well. Shadow minister Shane Neumann was a missing-in-action man, and when he did speak you could see why. But that was preferable to swashbuckling in this sensitive area.

Albanese, judging from his positioning in past Labor leadership stoushes, always seemed one of the smart ones when it came to understanding the dynamics of electoral politics. (He backed Kim Beazley against Mark Latham in 2003, Beazley against Kevin Rudd in 2006, and Rudd against Julia Gillard — both times.) Not for him the Latham–Gillard fantasies of out-Howarding Howard.

But this appalling decision will come back to bite him and his team. Keneally is totally the wrong person for the job — unless making asylum seekers an election issue is the aim. •