The law of large numbers

How much does it cost to stop a freeway? 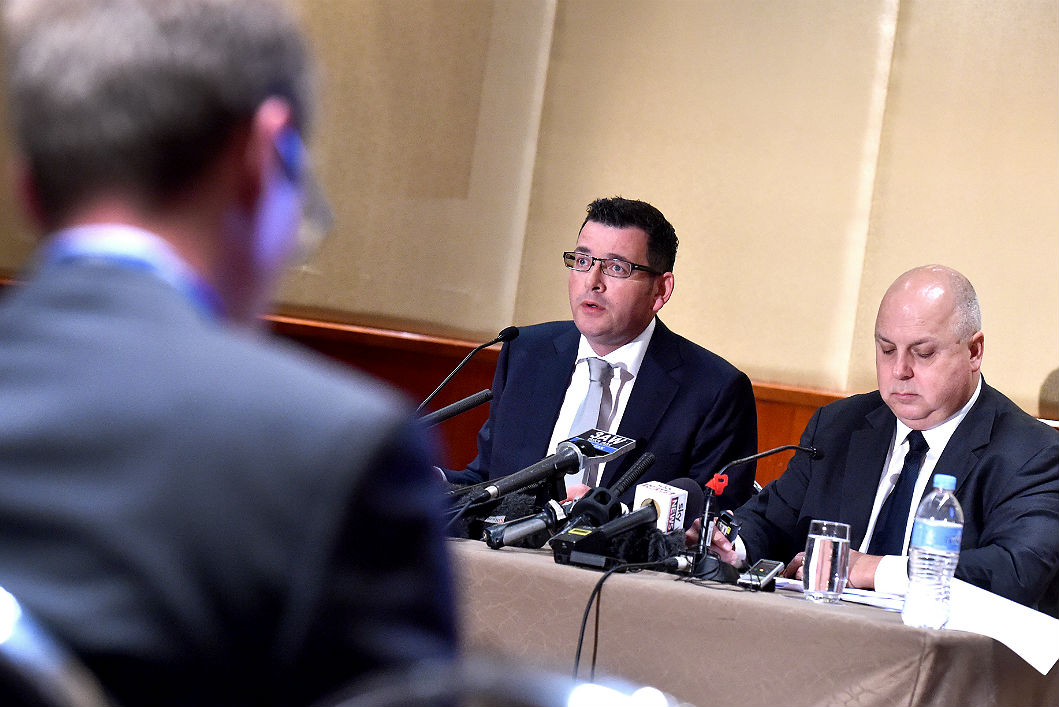 If, like me, you’ve been following the fallout from Melbourne’s East West Link freeway fiasco, you will have noticed that the bill for the Andrews government’s decision to stop the project somehow keeps growing. In April 2015, cancelling the contracts was going to cost the state $339 million in compensation. In December 2015, the ABC reported that the price tag had risen to $1.1 billion. Last week the Age had the cost reaching $1.3 billion.

Victorians will be relieved to hear that the real number is nothing like $1.3 billion. Publicly available information shows that the cost directly incurred by cancelling the contracts was $527,600,000 — a lot of money, but less than half the Age’s figure. That’s $339 million in compensation to the private sector for costs incurred (including compo for losing bids to build it); $81 million in bank fees for a facility set up for the project; $217 million in losses on swaps and other hedges; $600,000 spent by the government on legal and consulting fees to get out of the thing; and subtract from that $110 million in cash returned to state coffers. The figure has shifted a little — some of the bank fees and swaps have fluctuated in price or been repurposed for other projects — but it has remained well short of the billion-dollar mark.

The only way we can get past a billion dollars is if we include sunk costs in the total. While the Liberals were still in power on Spring Street, the government spent $365 million on property acquisitions; $200 million on planning and preparatory works; $1.6 million on policing protests against the project; $1.7 million on defending the project against court challenges; and $15 million on an advertising campaign mostly about East West Link. All that gets us up to around $1.1 billion, though the total will be a few million less by now because some of the acquired properties have been sold.

There are other, less direct sunk costs too. Money and time were “wasted” on East West Link — including the legal fees paid by community groups fighting the project; the cost of local council campaigns against the project; and the time spent on the project by government agencies, including Transport, Treasury, Planning, VicRoads, the Environment Protection Authority, planning committees, the cabinet secretariat and Infrastructure Australia — when they could have been spent on projects that actually got built and paid dividends for the community. All this would push the price tag up much higher, higher even than the Age’s $1.3 billion.

But sunk costs are supposed to be ignored in strict economic calculations, and shouldn’t be counted in the cost of cancelling. In the case of East West Link, the choice a rational actor is supposed to make is between $528 million to cancel, and the cost of continuing, and that choice depends on the return on investment.

When the Liberal government signed the contracts for the project, it claimed East West Link would produce $1.40 in benefits for every dollar invested — a $1.5 billion net benefit overall. If that figure was correct then cancelling was a horrible waste. But the benefit–cost ratio was hotly debated, with critics saying it included all sorts of rubbery numbers. One transport-modelling expert I interviewed for my research on the project says it included assumptions “you could drive a truck through.” And then there were the nebulous “wider economic benefits” added in to get to $1.40 — the benefits of agglomeration (businesses being located closely together in the CBD), for example — the kinds of thing not normally included in benefit–cost analyses by other agencies in Australia.

Transport academics and finance experts assessed the true benefit­–cost ratio at more like 0.8, or 80 cents for every dollar invested. If the state government was stumping up $2 billion in capital for the project, the loss would be $400 million. To this we must add the cost of operating the road. The commercial structure for East West Link would have seen the government pay the private sector to make the road available. These “availability fees” would be offset — but only partially — by tolls collected by the government. Financial experts projected in 2014 that if the average toll were $5.67 per trip (roughly comparable to other tolls in Melbourne) then the annual gap between toll revenue and these availability payments would be minus $251 million per year — and that would continue for decades. Suddenly $528 million doesn’t sound too bad.

Indeed, a startling number of big projects like East West Link are ultimately a waste of money. Analysing hundreds of megaprojects around the world, Danish academic Bent Flyvbjerg has shown that cost overruns of up to 50 per cent are common, and blowouts of more than 50 per cent not uncommon. On the other side of the ledger, benefit shortfalls of up to 50 per cent are very common. These are astronomical margins of error, frequently rendering projects uneconomic even if they intuitively look and feel good. And these shortfalls haven’t declined as our methods of calculation and projection have become more sophisticated. Flyvbjerg concludes that initial benefit–cost estimates are generally pure spin, deliberately inflated by project boosters simply because that is how you get funding to start a project. And once the projects start, they are nearly impossible to stop, no matter how bad the blowout.

So, if you think East West Link was a freakish one-off, think again. There are dozens of megaprojects on the books around Australia right now, and if Flyvbjerg’s averages hold — and there’s no reason to think Australia is somehow immune — they are going to cost hundreds of millions more than they give back in benefits. Whether it’s the West Gate Tunnel or North East Link in Victoria, Snowy Hydro 2.0 or Canberra’s Light Rail, Sydney’s Barangaroo or the Adani coalmine in Queensland, all megaprojects are massively risky propositions, and all are quite likely to deliver much less than they promised and cost far more than budgeted.

They can be seductive, these big builds promising thousands of jobs, huge efficiency gains, and grandeur. But, more often than not, these boondoggles are just not worth it. ●

Books & Arts Why the rush? Sarah Barns 21 January 2023 A new book about urban mobility invites us to think differently about our streets: who do they belong to, what are they for, who gets to decide?
Close