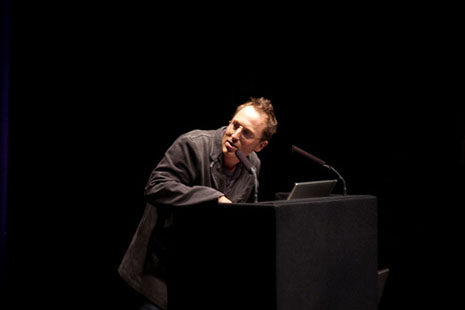 The Psychopath Test: A Journey Through the Madness Industry
By Jon Ronson | Picador | $32.99

HAVE you ever met someone a bit glib, and easily bored, with a grandiose sense of self-worth? A charming but chronic liar perhaps – yet cunning, and manipulative, and lacking in empathy? A bit of a pants man, maybe, someone married a few times?

Have you ever met a bloke with these types of character traits who was also impulsive, irresponsible and lacking in realistic long-term goals? Did he also lack control over his behaviour? And when you found out that he had also been a delinquent in his youth and a versatile career criminal, did it come as no real surprise?

And most importantly, did this chap seem cold and detached, particularly at moments of real emotion? Did you ever catch him bunging it on, for example; shedding crocodile tears, perhaps?

In short, have you ever met the type of person who would rather push you out of a fourth-storey window than take responsibility for his own actions?

Well, if you have, you’ve almost certainly met a psychopath. And an encounter with a psychopath is unfortunately not as unlikely as you might hope. According to the people British writer and documentary maker Jon Ronson spoke to, one person in a hundred is a charming but dead-eyed nutter, incapable of feeling remorse.

Ronson has made a successful career reporting on the weird, the bizarre and the alarming. He’s hung out with David Icke, a man who thinks the world is run by shape-shifting, blood-drinking lizards from outer space. He’s visited down south with the Ku Klux Klan, despite being a Welsh-born Jew. And most famously, he’s exposed the secret program of the US military that sought to prove that a man could kill a goat by simply staring at it.

Given all this, I suppose it was just a matter of time before he got onto the trail of the most dangerous weirdos of them all: the psychopaths who live among us.

THE RONSON style of reporting is sometimes accused of faux naivety – a bit like watching Woody Allen’s screen persona covering Watergate: a nebbish with a notepad. But it gets results: people open up to him; he finds out stuff just like a good old-fashioned investigative reporter.

He often doesn’t do any research, for example, preferring to pursue his subjects with as few preconceptions as possible. And on these forays into other people’s realities – whether he’s giving an Islamic fundamentalist a lift in his car, or trying on the white pointed hood of a Klan member – Ronson likes to place himself as close to the action as possible, while at the same time remaining endearingly candid about his own confusion, obsessiveness and ignorance.

Ronson is not much interested in policy or passing judgement; his forte is people, in all their jaw-dropping craziness. It’s a style that has served him well for twenty years.

His latest book, The Psychopath Test, starts with a shaggy dog story. Scientists around the world are receiving copies of a strange book from an unknown source and Ronson is asked by one of them to track down its anonymous author. The beautifully printed book arrives in their pigeonholes out of the blue, with key words having been cut out, and contains handwritten cryptic exhortations. All the scientists think it must contain a hidden message.

Soon enough, Ronson discovers it was written by an “obsessive crackpot” in Sweden. The book doesn’t actually mean anything. Mystery solved.

When Ronson reveals the mystery’s solution to the scientist who asked him to look into it, she is a little underwhelmed. But Ronson is excited. The actions of a crackpot had set off all this activity: emails have sped around the globe; a little community of gossip had been established among the scientists concerned; and he had even made an uncomfortable trip to Gothenburg on a budget airline to crack the case. And it was all because of one man’s unbalanced mind.

“Suddenly madness was everywhere,” Ronson writes, “and I was determined to learn about the impact it had on the way society evolves. I’ve always believed society to be a fundamentally rational thing, but what if it isn’t? What if it is built on insanity?”

Society is rational? Has Ronson failed to read his own books or view his own documentaries? As Ronson discusses later in the book, all journalists – not just writers like himself who specialise in strangeness – are always seeking out those rare moments of craziness in interviews that will suddenly set a story alight. As his friend, the documentarian Adam Curtis, warns him at one point: “We all do it. We wait for gems. And the gems invariably turn out to be madness.”

So it’s not long before Ronson – rumpled, anxious, eager to please, and amazed at his own audacity – sets off in the same spirit as Mole heading for the River Bank on the first day of spring, looking for some psychopaths who would make good copy.

WHAT follows is a series of classic Ronsonian encounters. Unlike a traditional journalist Ronson doesn’t do interviews as such; he creates a relationship where his thoughts, reactions and overreactions are just as important as his subject’s story and opinions. He must have been very excited indeed when he discovered the rich seam of opal that is “Tony.”

Tony was arrested for a violent crime and cleverly, he thought, decided to fake madness to avoid a stay in prison. He expected to be put in a country hospital with “Sky TV and a PlayStation.” Instead he got sent to the Dangerous and Severe Personality Disorder unit at Broadmoor. For twelve years.

Ronson is introduced to Tony by the Church of Scientology. Scientologists are famously very down on psychiatry and they see Tony’s predicament as just another example of the profession’s perfidious influence. Tony, it turns out, is a charming, friendly man who, when he first meets Ronson, is neatly – and incongruously – dressed in a suit. But as we all know, first impressions often lie. In fact, as Ronson soon discovers, the authorities at Broadmoor have a very good reason for keeping Tony locked up: he’s a psychopath.

After meeting a real live one, Ronson sets out to talk to the people who spend their lives studying and trying to treat psychopaths. And Ronson being Ronson, it’s not long before he’s discovered “the world’s first ever marathon Nude Psychotherapy session for criminal psychopaths.” It’s what might be described as a journalistic diamond mine.

At the Oak Ridge Hospital for the Criminally Insane in Ontario back in – naturally – the sixties, a young psychiatrist named Elliott Barker managed to convince the authorities that the best way to treat psychopaths was to dig under their apparent normality and expose their hidden madness to themselves. Barker proposed achieving this by running LSD-fuelled encounter groups full of naked psychopaths.

So did it work, you ask? No. In fact, the Oak Ridge psychopaths reoffended at a higher rate than those released from other institutions. And most disturbingly, as one of its most infamous alumni, the serial killer Peter Woodcock, once explained on a BBC documentary, Oak Ridge only succeeded in making him, at least, into a more devious psychopath. “All those chats about empathy were like an empathy-faking finishing school for him,” Ronson comments.

Eventually Ronson finds another Canadian to guide his journey up river into the heart of psychopathology. The tough-minded and highly influential Dr Robert Hare developed a diagnostic tool called the Psychopathy Checklist-Revised, or PCL-R. It is now used all around the world to identify psychopaths. The staff at Broadmoor used the PCL-R to identify Tony as a psychopath.

Hare has been studying psychopaths for over thirty years and he doesn’t think getting them to hug each other – clothed or unclothed – will make any difference to their personalities. He believes that their amygdalae – the part of the brain that processes emotion – don’t work properly. When you or I look at a shocking photo – of a murder scene, for example – we are appalled, but a psychopath, Hare says, will be absorbed. Hare also thinks that not all psychopaths are just variations of Charles Manson. Sometimes they end up running large corporations. This idea intrigued Ronson so much he went and interviewed Al “Chainsaw” Dunlap – the man who tore apart Sunbeam when he was its CEO, and who for a while worked for Kerry Packer in Australia.

When Ronson arrives at Dunlap’s mansion in Florida he is bemused to discover the garden is decorated with sculptures of predatory animals. “They were everywhere,” Ronson writes, “stone lions and panthers and eagles soaring downwards, their teeth bared, and hawks with fish in their talons, and on and on.” And the garden reflected the man and his philosophy.

When Ronson runs him through Hare’s checklist, the former corporate tsar turns many of the questions on their head. Manipulative? “I think you could describe that as leadership,” answers the great man. In the end Ronson decides that Dunlap isn’t a psychopath – which is just as well, given that it’s never a good idea to defame a millionaire.

IN TYPICAL Ronson fashion, by the end of his journey through the world of psychopathology he is as confused as ever; his earlier certainty about tools like the PCL-R is replaced with concerns about what he calls the Madness Industry. Can you really decide to keep someone in Broadmoor on the basis of a checklist, he asks? After all, psychiatrists aren’t infallible, are they? Why, for example, is there an epidemic in the United States of childhood bipolar disorder? It’s because health professionals use a checklist to diagnose it, and sometimes kids who are just moody or disruptive get labelled as bipolar. And then the advocate groups and drug companies arrive to encourage ever more diagnoses.

Psychopaths are a big problem, Ronson says, but the madness industry as a whole is also a worry. “There are obviously a lot of very ill people out there,” he writes, “But there are also people in the middle, getting over-labelled, becoming nothing more than a big splurge of madness in the minds of the people who benefit from it.” • 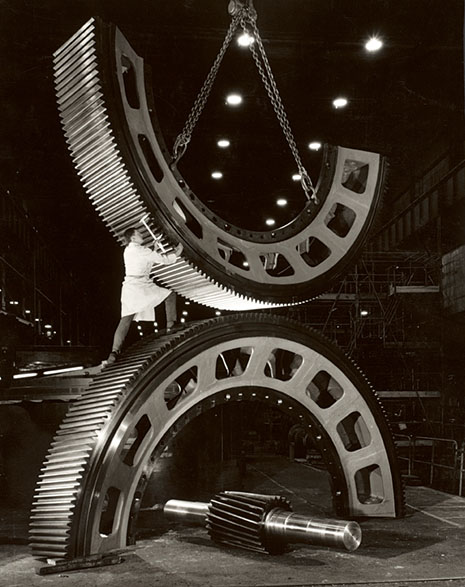