How three extraordinary Tasmanian Aboriginal women fought for their people 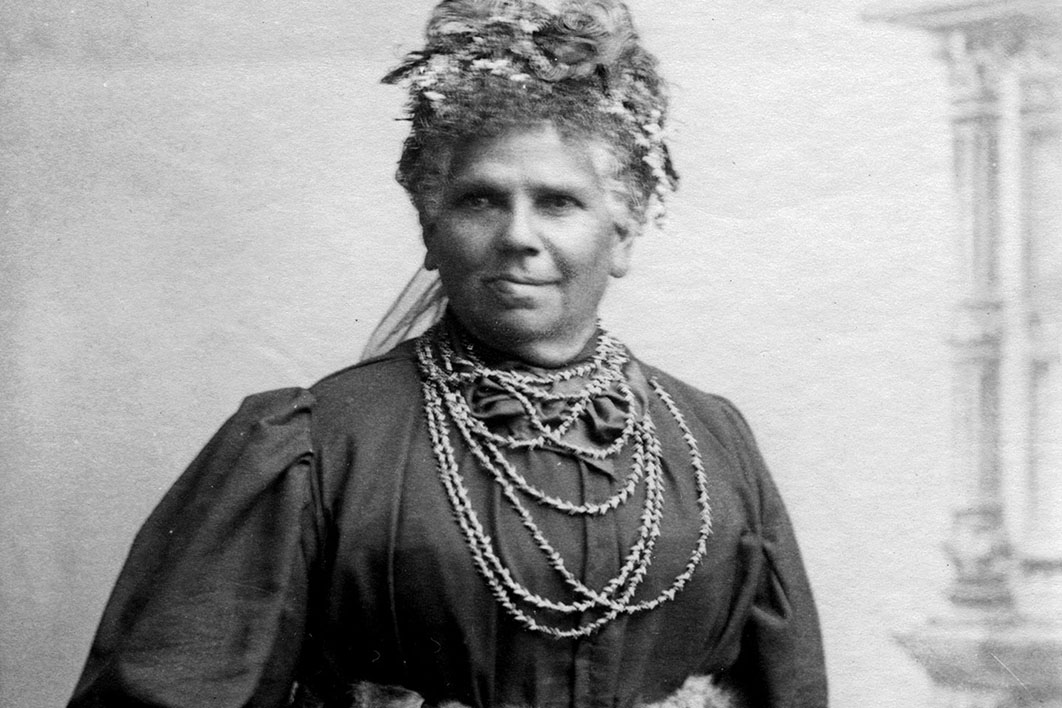 To be a Tasmanian Aboriginal person is to know ourselves from the words of others. Over the past 200 years thousands of books, papers, journals and diaries have been told by those who peer at, gaze through and dissect our minds, bodies and country from knowledge traditions that write about us as aliens in our own lands.

It is a brave act, then, to see ourselves as Indigenous authors and researchers responsible for telling histories from a first-person perspective, and to radically decolonise that writing by others. Linda Tuhiwai Smith, the Ngāti Awa and Ngāti Porou godmother of Indigenous methodologies, forged these two powerful Indigenous methodologies and taught us that our voices need to “talk back to” and “talk up to” research. The academic drive to speak for and about us through a Western cultural lens is starting to be deeply interrogated and increasingly found unhealthy.

In Tasmania, the need for local Aboriginal voices to “talk back to” those who profit from our dead, our dispossession and our trauma is imperative. When the strangers in the boats appeared on our trouwunna shores in 1803 to claim our country — by any means — in the name of a faraway British Empire, they really meant it.

In less than thirty years our plentiful peoples were reduced to a handful by planned massacres and declared war, theft and slavery of women and children, and the impact of being treated as less than human. By 1876, with the death of our countrywoman Trucanini, we were subject to mythical extinction, extirpation and elimination.

Yet we did survive after 1876. We survived in the pockets and shadows of colonial Tasmania to raise families and communities. We survived in out-of-the-way places like Flinders Island in the Bass Strait, and in the middle of townships like Latrobe in the northwest.

Among these survivors, one amazing family was never far from the colonial capital city of Hobart — the family of the matriarch Fanny Cochrane Smith. Fanny, who died in 1905, was the ultimate survivor of the abuse that the colonisers so freely gave in return for taking our lands. Now, one of her great-great-grandchildren, Joel Birnie, has decided to tell her history, and his family story, of surviving colonisation.

Joel’s reclamation of important ancestral and familial women in My People’s Songs: How an Indigenous Family Survived Colonial Tasmania is a shockingly rare example of a Tasmanian Aboriginal history told through the research of a Tasmanian Aboriginal person. From the narratives of others, he retrieves Fanny, her sister Mary Ann Arthur and their mother Tarenootairer — women who shaped colonial moments and spoke their own truths even while captive and exploited — and returns them to Country and power.

Joel offers readers hospitality to join him on his family’s journey. His introductory section regenerates the “Song of Welcome” that Fanny recorded on a phonograph in 1903. From there he returns to the first years of the damnation wrought on our people, when Joel’s many-times grandmother Tarenootairer was stolen as a young girl for slavery, her life thereafter shadowed by the evil that men did to her as a chattel. By creating her own family, Tarenootairer is one of the only women to have create generations that survived the colonial genocide.

Joel restores one daughter, Mary Ann, from the periphery to her rightful place as a central figure in the first Australian call for recognition of land and sovereign rights in 1846. While her death in 1871 was a solitary and degraded affair, her afterlife now becomes rich with heroic dimensions of meaning and survivorship.

Mary Ann was able to use her “educational instruction” to talk back to the colonisers through her letters, and to leave a legacy of women’s advocacy as a natural way of being Tasmanian Aboriginal. Joel follows in her footsteps, for in his writing he too talks up and back and recovers the space to write and speak, in reshaping both Mary Ann’s legacy and his own as an Indigenous academic.

Tarenootairer’s younger daughter, Fanny Cochrane Smith, while suffering the same kinds of degradation as her sister in early childhood — stripped, whipped and tied to a kitchen table, locked in a crate, separated from her mother to be housed in an “orphan” school — veers away from Mary Ann’s organised marriage and childlessness to become an eminent member of colonial Tasmanian society.

Fanny’s reputation and standing as an “industrious” Christian and an Aboriginal woman meant she lived apart as one of the first Tasmanian women to be given a land grant south of Hobart. Parliament debated the paradox of granting land to a recognised Aboriginal woman when the colonial government, vociferously defending their extermination of Tasmanian Aboriginal people, could not acknowledge what she was known for.

All three women lived lives of hardship and poverty. They were all under an intense colonial gaze, though neglected in every other way, but Joel is able to emblazon the spaces where they resisted colonisation. He shows us Tarenootairer laughing, smoking and sharing her life with a group of kinship women in the mission gulags of Wybalena and Oyster Cove, privately communicating in ways that cannot be known by the colonisers, and yet out in the open as a resistance taunt.

He shows us Mary Ann’s feverish writing at her desk, her contributions to political discussions led by the men, and her absolute care for her younger sister Fanny, all hard fought for, on her terms and in defence of her right to belong to Country as a free woman. He shows us Fanny and her husband, newly married, opening a boarding house in Hobart that became a refuge for her family and others, a place where she gave privacy and comfort to our peoples outside the colonial gaze.

In every way, these three women, while subject to deprivations, survived on their own terms to poke back just a little bit.

Joel’s work is an exceptional piece of accessible and vivid writing that smashes the colonial, racist depictions and brings to the surface stubborn, vital Tasmanian Aboriginal women. He has given back to Tasmanian Aboriginal communities a story of ourselves and a template of how we might proceed to think of other men and women who need to be reclaimed.

A small quibble is that the book is written as a third-person narrative of “them” and “theirs,” even when these women are his family. It is disconcerting to read — a reminder of the unconscious adoption of the academy that displaces Indigenous peoples into the “you” not “us,” but this speaks to the infancy of an industry of Indigenous authors and academics within Western spaces rather than a deficit within us. Our minds were conditioned all that time ago, when the boats came and the strangers took our lands, a reckoning that Linda Tuhiwai Smith suggests is still ongoing; but at least we now have a way to proceed to untangle the colonial from the Indigenous and to tell our stories.

My People’s Songs is a book that should evoke pride in Tasmanian Aboriginal people, helping us see ourselves and speak to the courage of our survival. It may not be joyous to read of the horrors of what happened to us, but in Joel’s decolonising of the old narratives we find a space to simply be, to breathe easy in having confirmed what we already knew — we come from warriors, we protect fiercely what we love, and we will always be strong Tasmanian Aboriginal peoples. •

Emma Lee is an Associate Professor of Indigenous Leadership in the Centre for Social Impact at Swinburne University of Technology.