The myth that grips a nation

Australia’s offshore detention system hasn’t just been devastating for its victims, it’s also been bad for the Coalition and Labor 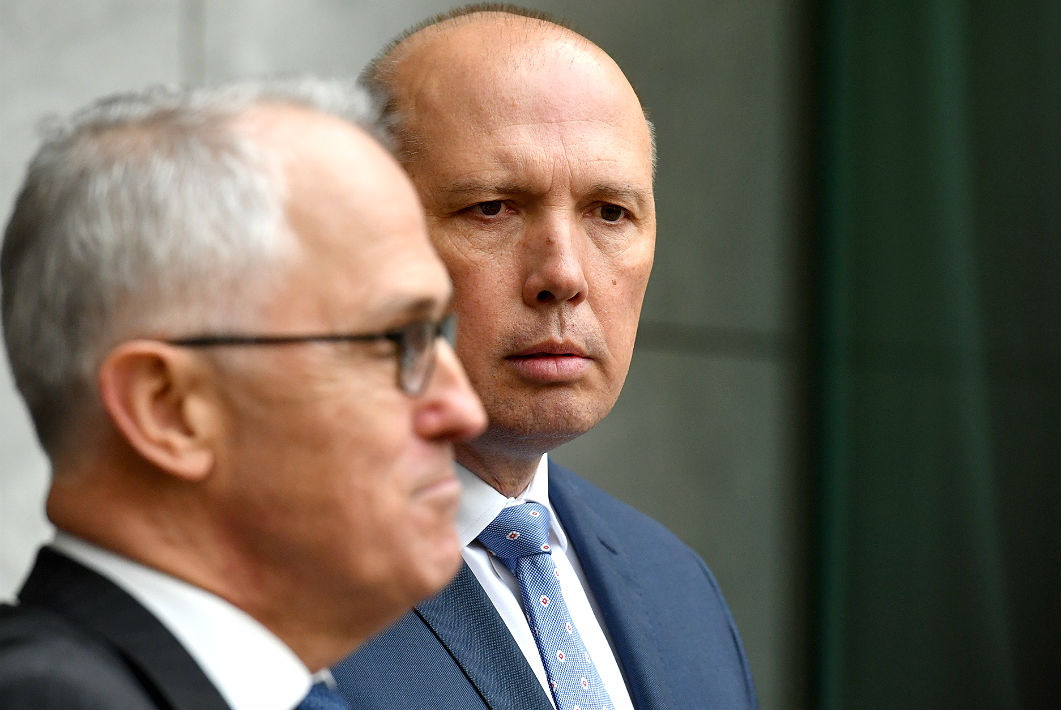 One of Australia’s great myths — that punishing refugees and asylum seekers is good politics — goes back to John Howard’s 2001 election victory, which many commentators attributed to his tough treatment of boat arrivals. Hostility towards “boat people” certainly existed before then, but the fact that Howard won that election against all odds (or so the myth goes) turbocharged the belief that this was a politically potent issue.

What really happened in 2001? After a series of disastrous polling results early in the year, the Coalition clawed itself most of the way back into electoral contention, mainly by handing out enormous amounts of money. Then the Tampa appeared on the horizon, with its load of rescued asylum seekers. Although the stand-off between the government and the ship’s captain generated enormous controversy, it barely caused a ripple in the two-party-preferred polls. It was only after the 11 September attacks in the United States that the Howard government won back majority support.

Even then it was a close-run thing. With election day looming, a trend back to Labor began showing up in the polls. If the campaign had run for a few more weeks, Kim Beazley could well have become prime minister, and a completely different legend would have been created.

Tony Abbott swallowed the myth whole. In mid 2010, still learning the ropes as opposition leader, he promised to revive Howard’s Pacific Solution and reintroduce temporary protection visas. Before the announcement, the parties had been level-pegged on 50 per cent; over the following fortnight, six polls taken by four pollsters found that the Coalition’s two-party-preferred figure had slipped by an average of one percentage point — not enough to pin a trend on, but hardly a resounding endorsement of the new policy. In the following weeks, the Coalition lost more support.

Two years later, after he was elected prime minister, Tony Abbott managed to “stop the boats.” The polls momentarily lifted, then resumed their grim trajectory. After a run of thirty bad Newspoll results, Abbott was replaced by Malcolm Turnbull, who not only persisted in treating offshore detainees harshly but also went on to give his zealous, high-profile immigration minister extra duties. Twenty-one more Newspolls later, there’s little to suggest that this has been a vote-winner either.

Yet the myth refuses to die. The likely reason is that it meshes so well with the internal dynamics of the Coalition and the Labor Party. For the Coalition, it must feel like a rare, visceral link to a large group of voters who worry about immigration but are left cold by the Coalition’s views on a whole range of issues, from Medicare to industrial relations (including, as we’re likely to find out soon, marriage equality).

For Labor, the myth taps into two primal fears: that immigrants — any immigrants — pose a threat to Australian jobs and wages, and that John Howard was more in tune with middle Australia than it is. (He wasn’t; he was just very lucky in the timing of his prime ministership.)

It’s true that many voters worry about boat arrivals, but most of them vote on the basis of their hopes and fears about health, education and the economy. In this light, the Coalition’s belief in the electoral success of its harsh treatment of boat arrivals is actually a liability: it helps create a false sense that the government is in tune with the electorate, when in reality the middle ground is steadily moving away. If the Coalition does manage to win the next election, Gonski 2.0’s Simon Birmingham will deserve far more credit than Peter Dutton.

The 2001 election myth has also slowed down the hard but vital work of developing a regional approach to forced migration. Stopping the boats doesn’t stop unauthorised migration, and Australia is the country best-placed to lead that process.

Offshore detention isn’t the thing that halted new arrivals — the real deterrence goes on in the waters between Australia and Southeast Asia — so the detention system has come to serve no other purpose than to send an electorally pointless message to voters. But the damage to the Coalition (and Labor) pales beside the impact of detention and uncertainty on the people who have passed through Manus and Nauru, or are still living there.

The myth has indirectly damaged our political culture too, by reinforcing the view that Australia has no responsibility to people outside its migration exclusion zone. For all these reasons, the remaining refugees and other detainees on Manus Island and Nauru should immediately be brought to Australia. ●