The next global downturn could be a nasty one 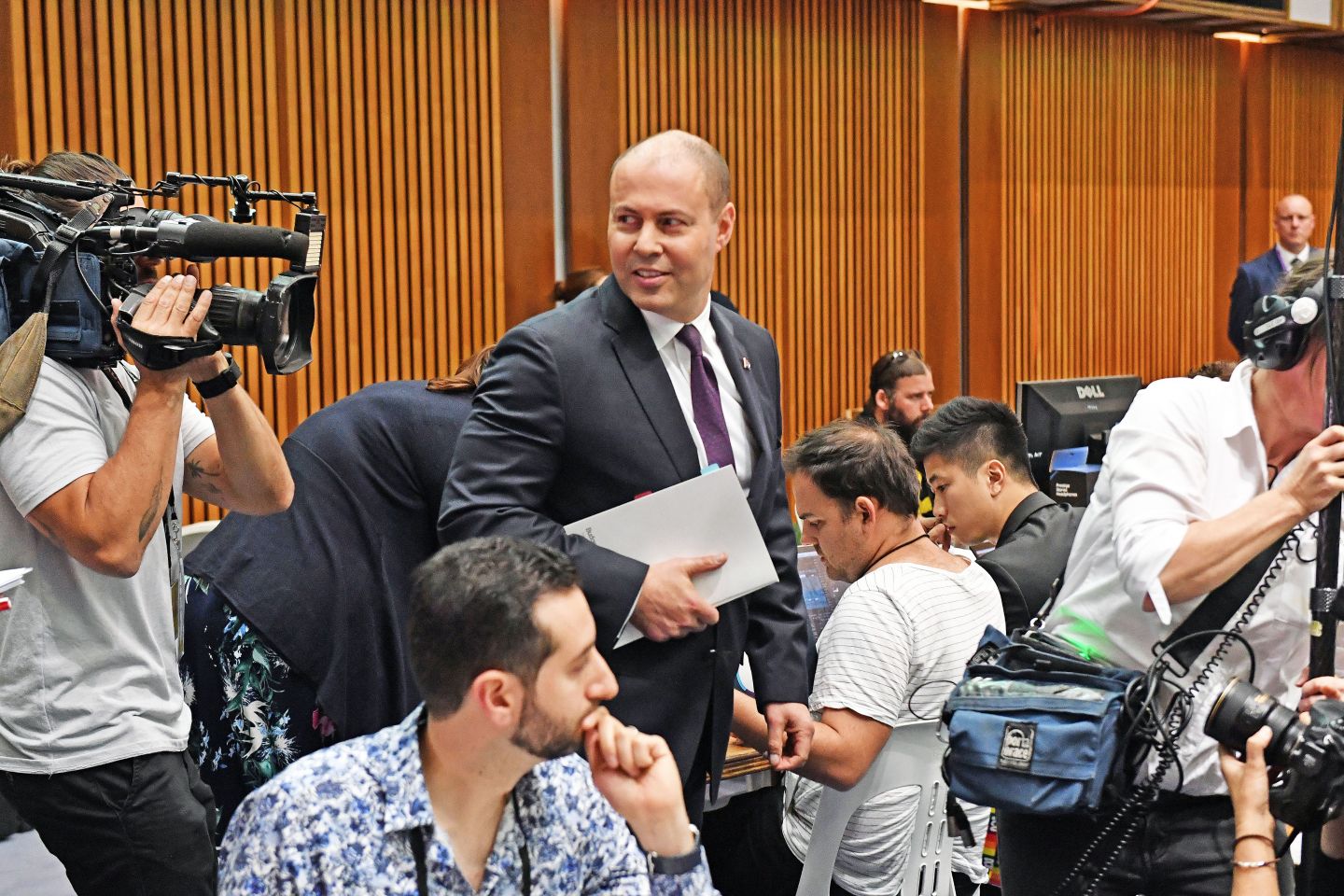 The speed at which fire tore through Notre-Dame cathedral was shocking to watch. Many were quick to ask: what caused such a devastating fire? A faulty cable? An electrical short circuit? A careless tourist? Sadly, the risk of fire is a fact of life. Understanding what started a fire is often less important than figuring out how we can stop fires from spreading so quickly and how we can extinguish them faster.

The same is true for global economic downturns. The next one could be triggered by any number of things: Brexit? The trade war? Debt? A US recession in 2020? The more useful question is not what will cause the downturn, given economic shocks are guaranteed, but how we can make it less severe and how we can respond faster and more effectively.

At present, the global economy is poorly placed on both counts. This means the next downturn could be a nasty one. Policymakers would be wise to act now.

The critical factor that determines the severity of an economic downturn is the health of balance sheets — preferably lots of liquid assets and few liabilities — before it starts. Healthy balance sheets among households, businesses, banks and governments produce less severe downturns. Households, businesses and banks can use their savings as a buffer to ride out the downturn, and the government can use its balance sheet (through temporary fiscal stimulus) to speed up the recovery.

But if balance sheets are weak going into a downturn, things can get nasty. Heavily indebted households respond to a contraction in the economy by sharply cutting back their spending to try to reduce debt. Businesses cut back on employment and investment to stay afloat. Banks reduce lending to remain solvent. Governments have less fiscal space to support the economy. Each feeds back into the others, producing a vicious downward spiral.

That’s where we are today. Corporate balance sheets are loaded with debt in many economies. Global corporate debt has doubled to US$13 trillion since 2008, a third of which needs to be paid back or refinanced in the next three years. Corporate debt is at record highs in the United States, and US$1.4 trillion of this is held by firms that have debt more than four times their earnings and already spend half those earnings on interest payments alone.

Large, opaque and heavily indebted investment vehicles have seen corporate debt increase substantially in China. State-owned enterprises are highly leveraged in Indonesia and elsewhere in Asia. Corporate debt exceeds 140 per cent of GDP in China, France, the Netherlands, Sweden and Norway. More than US$1.1 trillion of loans to highly indebted firms (“leveraged loans”) have been securitised through opaque “collateralised loan obligations” that, as with the securities that fuelled the 2008 crisis, have limited regulatory oversight.

Household balance sheets often don’t look much better. Household debt exceeds 200 per cent of GDP in Denmark, the Netherlands, Norway, Australia and Switzerland. Korea, Canada and Ireland are not far off. The growth in household debt has been particularly high in emerging economies, doubling as a percentage of GDP since 2008.

Bank balance sheets are also a concern in some countries. The balance sheets of small and medium-sized banks are particularly weak in China and threaten cascading failures. Weak growth and structural concerns have seen sharp declines in the equity valuations of many banks in the euro area, and the International Monetary Fund has raised similar concerns for Europe’s insurance sector and investment funds.

Government balance sheets are also not what they used to be. Government debt has increased by US$32 trillion in advanced and emerging economies since 2007, a rise of about 50 per cent as a proportion of GDP. Italy is particularly concerning, but even governments assessed by the IMF to have “substantial” space for budgetary measures (like Australia’s) often face political pressure not to use them.

But the biggest concern isn’t that a fire might break out, it’s that we don’t have an adequate fire department.

The financial “first responder” is typically the central bank, which can lower interest rates to promote economic activity. But rates are already very low in most advanced economies, leaving little room for central banks to respond to a downturn by cutting interest rates — unless they resort to unconventional policies, like quantitative easing, which can be politically controversial.

Analysis shows that the global financial safety net — the IMF and other international institutions and mechanisms designed to respond to financial crises and prevent them from spreading — are dangerously inadequate. Research at the Brookings Institution shows that we would even struggle to match the level of financial support that was provided during past crises.

What should be done?

First, governments with basically healthy budgets (like Australia’s) should help households and businesses to repair their balance sheets by cutting taxes, increasing transfer payments, and lifting targeted social payments for households and investment support for businesses. Australia is (slowly) moving in this direction.

Second, we need to bolster the global financial safety net. G20 countries should expand temporary loans to the IMF to ensure it has enough money to respond effectively, urgently increase cooperation between the IMF and its regional counterparts, strengthen bilateral supports between countries, and commit to long-term reform of the IMF to increase its permanent funding base.

And third, cooperation is vital. Cooperation between countries is what stopped the Great Recession from becoming another Great Depression. Recommitting to global forums, like the G20 and APEC, and institutions, like the World Trade Organization, will minimise the damage of the next downturn.

There is no shortage of sparks to ignite the next global downturn. But if we act now, we can minimise its severity by stopping the fire from spreading and extinguishing it faster. •

Adam Triggs is the Director of Research at the Asian Bureau of Economic Research at the Australian National University and is a non-resident fellow at the Brookings Institution in Washington, D.C. 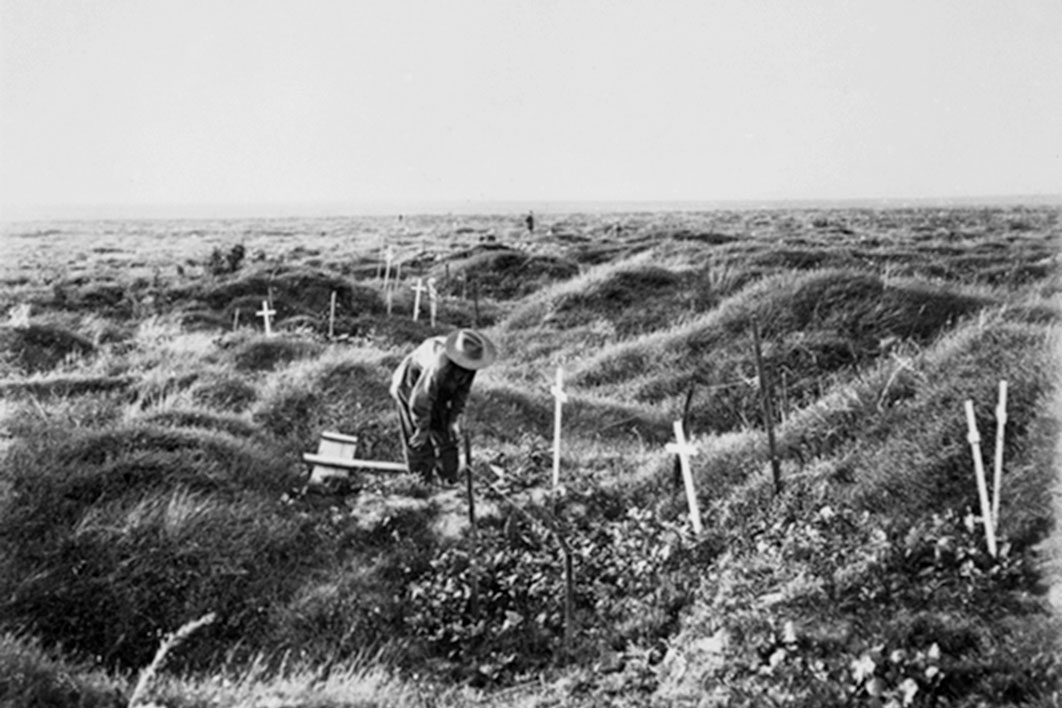