The novelists who kicked the hornets’ nests

Two novels, two realities. Brian Toohey looks at what fiction can tell us about governments and human rights 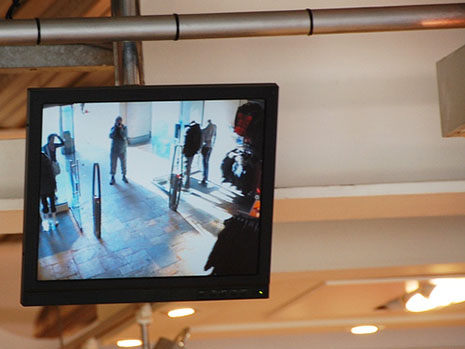 WHICH OF THE FOLLOWING bestselling novels seems to have the more plausible plot? The first, The Girl Who Kicked the Hornets’ Nest, features a prime minister who is determined to bring to justice those responsible for violating the rights of a surly thirteen-year-old psychiatric patient. He is ably supported by members of a special security unit who ignore demands to back off in the interests of national security. To test further the reader’s willingness to suspend disbelief, the novelist insists that the public would be outraged if those in authority turned a blind eye to the harm done to a thirteen-year-old misfit.

The second, The Dying Light, features a prime minister who is determined to deprive an entire population of its rights. National security provides the rationale for murdering anyone who gets in the way. Any public references to the existence of a pervasive surveillance program called Deep Truth is confined to the claim that it is focused on delivering better services rather than entrenching the PM. With few exceptions, members of the public don’t giving a damn about the government’s intrusion into the most private aspects of their lives.

The Girl Who Kicked the Hornets’ Nest, the third in a trilogy by the Swedish writer Stieg Larsson, is well on the way to replicating the immense success of the earlier two, The Girl with the Dragon Tattoo and The Girl Who Played with Fire. Larsson, who died in 2004 before the novels were published, spent many years as a journalist observing Swedish politics at close quarters. Of course, as works of fiction the books don’t necessarily reflect political reality in Sweden. Nevertheless, some aspects of the latest novel are based on fact.

Just as in the novel, Cold War–era prime ministers allowed the Swedish intelligence services to conceal an unofficial unit that violated the civil liberties of innocent citizens in the name of national security. In the book, the girl with the dragon tattoo was incarcerated in a psychiatric hospital at the age of thirteen to prevent her from exposing the appalling behaviour of her father, a Russian defector who was protected by a blatantly unaccountable section of the intelligence services.

But events take a turn for the better when the story moves to the present day. It is difficult for the outsider to judge the plausibility or otherwise of Larsson’s portrayal of a prime minister and his justice minister who genuinely want to unearth wrongdoing in the security services. Similar considerations apply to the depiction of a unit that really does exist within the Security Police – the Directorate of Constitutional Protection. In Larsson’s account the unit’s staff work with unswerving dedication to ensure that their colleagues in another section are arrested on criminal charges. It is even less clear to an outsider whether Larsson is being impossibly romantic when he predicts that a huge public scandal would erupt if the prime minister failed to nail those who mistreated a fractious thirteen-year-old.

The English novelist and the full time editor of Vanity Fair, Henry Porter, paints a very different reality in his latest book, The Dying Light. Porter sets the book in a quasi-totalitarian Britain in which a ruthless government has outsourced the operation of its Deep Truth apparatus to a private firm run by a billionaire who essentially owns the PM. The firm’s goons pursue the acting head of the Joint Intelligence Committee after he resigns to start an underground campaign to challenge what is happening.

Many readers might regard The Dying Light as an accomplished political thriller that pushes far into the realms of fiction. But that’s before they reach the afterword, in which Porter explains that extensive surveillance equipment is already in place in Britain and that the police hold DNA profiles of hundreds of thousands of innocent citizens. Porter says that the laws that underpin his plot all exist. He is particularly intrigued by what he calls the “curious absence of concern” about such authoritarian measures as Tony Blair’s Civil Contingencies Act 2004. Porter cites academic analysis to support his conclusion that this law allows a minister, or even a chief parliamentary whip, to “dismantle democracy and the rule of law overnight.” There is no sanction if the powers are wrongly invoked.

Porter regards his latest novel as “a pair” to his 2005 book Brandenburg, which was based on what he witnessed as a journalist in East Berlin when the wall came down in 1989. Many readers might feel that it’s stretching things to make the parallel between East Germany and modern-day Britain, let alone Australia. But perhaps they should look at the way governments have accumulated power in recent decades at the expense of individual freedoms and the protections previously afforded by the courts. These changes were highlighted most recently by a Liberal senator, George Brandis, in his 2009 Alfred Deakin Lecture in Melbourne two weeks ago. Brandis reminded us how far John Howard’s government departed from the liberal values at the core of his party when it was established in the 1940s.

The transformation is not confined to the Liberals. The South Australian Labor attorney-general Michael Atkinson discarded the presumption of innocence when he recently described some teenagers as “pure evil,” even though they were still facing charges. Kevin Rudd’s behaviour as opposition leader was little better when he contacted the media shortly after Mohamed Haneef’s arrest in July 2007 to congratulate the Australian Federal Police on a job well done and stress his support for “cracking down hard” on terrorists. Rudd implicitly presumed Haneef’s guilt, but as we now know the AFP was not cracking down – hard or otherwise – on a terrorist. The arrest was merely the over-zealous start to the unrelenting pursuit of an innocent man by a police force dangerously out of control.

Nevertheless, the AFP can now enter any organisation’s premises, without a warrant, and demand the production of any documents that it claims might have some connection to major crime. It is an offence, punishable by two-year jail sentence, for anyone to reveal that the AFP has ordered them to hand over any such documents. One consequence is to make it harder for media outlets to protect material supplied by whistleblowers.

Most state police now have the power to spray unidentified isotopes on people they wish to track without obtaining a warrant for the first five days. This development follows changes that give Australian governments the power to do many things that would be illegal if done in the private sector, including bribery, breaking and entering, hacking into computers, and intercepting phone calls, faxes and emails. Last year, the South Australian Labor premier, Mike Rann, introduced a new law enabling state authorities to declare bikie gangs illegal organisations and making it a criminal offence to “associate” with members of these groups. New South Wales has enacted a similar law, except its provisions extend well beyond bikie gangs.

The great traditions of English liberalism, including the principles embodied in the Magna Carta in 1215, have been jettisoned with bipartisan support. Rudd shows no sign of restoring the principle that the onus of proof should be on the prosecution not the defendant, or the longstanding acknowledgement that the accused must see the evidence relied on by the Crown. People can still be compelled to provide information to ASIO, which it can pass to overseas counterparts that engage in torture and extra-judicial execution. Most dramatically, when US officials told senior Canberra public servants in late 2001 that they wanted to “render” an Australian citizen, Mamdouh Habib, to Egypt – where he was tortured – Australian agencies and cabinet ministers failed to take steps to protect his basic freedoms.

Kevin Rudd is still to make good on Labor’s pre-election promise to reverse Howard’s resurrection of the long-defunct crime of sedition. A seven-year jail sentence can still be imposed on anyone who “brings the sovereign into hatred or contempt” or “urges disaffection” against the constitution, the government or the parliament. Next year, the deputy prime minister, Julia Gillard, will introduce what she calls a “tough cop on the beat” to deal with building workers. In fact, she will equip a quasi-commission with draconian powers that far exceed anything that police can do when investigating major crime.

In a move last year that would not have been out of place in Porter’s Dying Light, the then NSW premier, Morris Iemma, introduced a law that prevented the actions of “protected persons” associated with the Catholic World Youth Day Authority from being “challenged, reviewed, quashed or called into question before any court of law or administrative review body.” The language echoed an earlier law in which a previous Labor premier Bob Carr removed all judicial constraints on the police during a terrorism operation. When the police unilaterally declare a terrorist emergency, the Terrorism (Police Powers) Act of 2001 states that their behaviour “may not be challenged, reviewed, quashed or called into question on any grounds whatsoever before any court, tribunal, body or person in any legal proceedings.” Despite the NSW police’s long a history of corruption and misconduct, Carr’s underlying premise was that it would never abuse the extraordinary powers conferred by the new law.

Today, Carr is a leading opponent of an Australian bill of rights, arguing that governments can be trusted to protect individual liberties. From an Australian perspective, The Dying Light seems a closer to the local political reality than The Girl Who Kicked the Hornets’ Nest. • 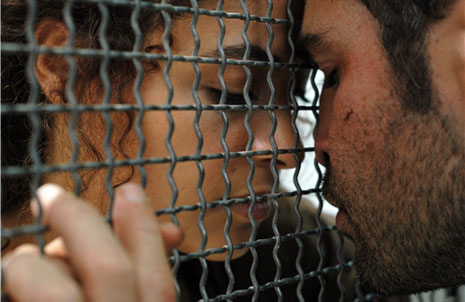