Truths, half-truths and ripping yarns come together in Miriam Margolyes’s This Much Is True 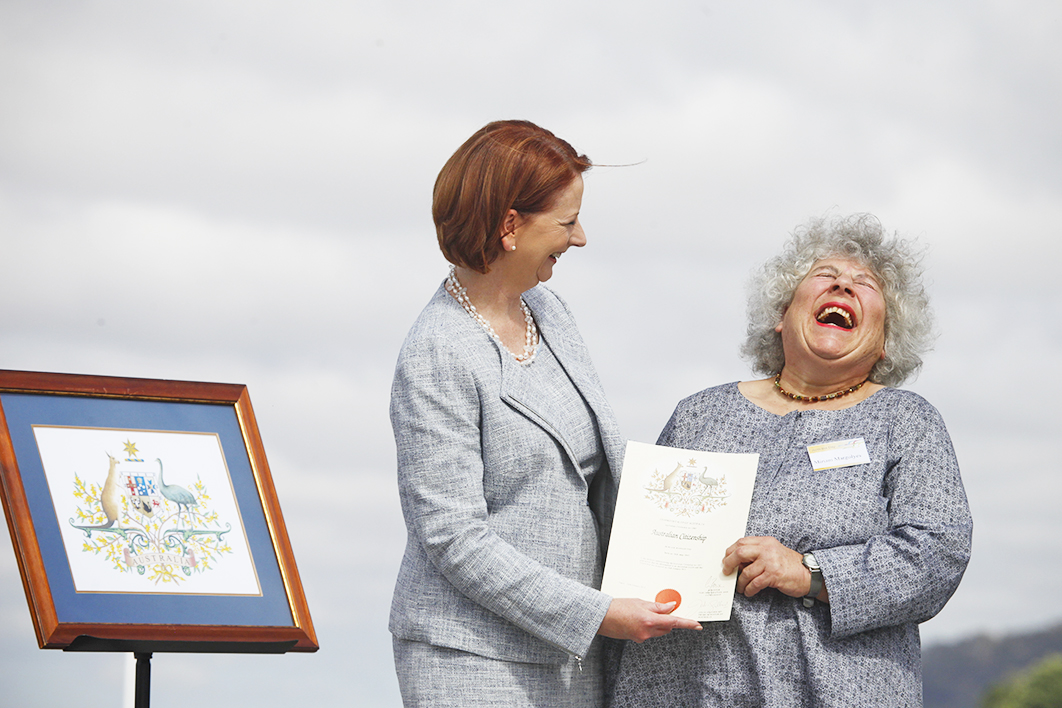 Was veteran raconteur and enfant terrible Miriam Margolyes being provocative when she chose to title her memoirs This Much Is True? Having turned eighty (“eighty is OLD!”), bulky and arthritic but with the wide eyes and impish smile of a young child, she exudes a winning candour.

It’s important to her to be liked. In an episode of her TV series Almost Australian she admits to being “a bit nervous” as she prepares to meet the elders at an Aboriginal settlement on the edge of Alice Springs. “I just think they might not like me,” she tells us. The words are barely out of her mouth before members of the community approach with the warmest of welcomes. When she settles herself in a camping chair, dressed like the surrounding elders in an ample cotton-print dress, she seems already to be one of them.

A world away from here and three generations ago, Margolyes commenced her first year at Oxford High School where, as she recalls, she’d do almost anything to be liked. Although born and bred in Oxford, she seems to have been at greater risk of being made an outsider there than in a remote community in the Northern Territory.

Having attended the same school myself for a couple of years (a decade or so after she left) I can attest that insider status was not readily accorded and — for a Jewish girl of unruly appearance like Margolyes, whose parents were not associated with the university — the risk of being ostracised would have been acute. Those who found themselves on the outside became anarchists, making dubious her claim to have been the naughtiest girl in the school. It was hot competition.

That she thrived by inventing entertaining personae may have set the course on which she embarked as an adult. Her gifts as a comic performer developed further during her student years at Cambridge, where she became a star of the Footlights Review and began to attract the interest of London agents. But, as she now reveals, the Footlights was dominated by a public school boys club to which she was not admitted. Fellow performers who later became luminaries of the Monty Python team “treated me as if I were invisible and did not speak to me at all.” This much may well be true.

Her recollections of well-known personalities are surely not the whole truth, but she always comes across as honest. Vanessa Redgrave, brilliant and radical on stage, was a stalwart and generous colleague behind the scenes, in contrast to Glenda Jackson, who was arrogant and intimidating. “I called her a cow and she called me an amateur.” Maggie Smith, Rowan Atkinson, Stephen Fry and Claire Danes get good references; Warren Beatty (“an absolute bastard”), Arnold Schwarzenegger (“a pig of a man”) and William Hurt (“an arsehole”) head the negative side of the register.

All this might flout the unwritten rule that people in show business should be sycophantically nice about each other, but for Margolyes all anecdotes are an opportunity for flouting rules, written or otherwise. Most of them are told against herself, and she seems to take particular delight in challenging conventions of physical embarrassment.

Having a body that refuses tidy boundaries — too fat to go to bed with, according to a colleague who, she assures us, “meant it in a nice way” — she flaunts her physicality by wearing shorts to auditions, making unpredictable sexual advances and, when she is arrested for swearing at a police officer, pre-emptively taking off her clothes to enable a physical examination. You can’t fat-shame someone who has ostentatiously banished all sense of shame and made you choke with laughter in the process.

Some of the sexual encounters she reports seem a little far-fetched, including one with an agent whose lacklustre approach she thought might benefit from some hand to mouth resuscitation. Then there’s the adventure with a Maltese fisherman who gave her an emergency lift in his rowing boat when she missed the ferry. But it’s unlikely any of the parties involved will come forward to contest her version of events.

Her scurrilous narratives have made her a favourite on Graham Norton and other top-rating chat shows, where she dominates the mock–drawing room atmosphere. Yet, even as she recalls these moments, she never really stops insisting that hers is the story of an outsider. She’s the odd one out amid the glamorous A-listers, included only because she’ll go where they dare not.

Stories that would embarrass the locker room are told in the “Oxford High School accent” (as she labels it) that has remained unaltered through all the changes of milieu she has experienced during her years in America and Australia. It’s a mode of speech redolent of educational snobbery and a quintessential Englishness that seems at odds with her merciless subversion of social airs and graces.

Given that she can assume the tone and accent of characters from any walk of life, it is curious that this vocal chameleon returns to that voice when she is speaking as herself. Aside from its social pretensions, though, it is also a voice attuned to literary language. As a graduate in English from Cambridge, her tastes lean towards the classics.

Margolyes’s most significant professional achievement is her one-woman show presenting impersonations of women from the novels of Charles Dickens. Dickens’ Women has provided her with a gallery of alter egos, and a favourite among them — Mrs Gamp, the seedy midwife in Martin Chuzzlewit who drinks gin from a teapot — makes an impromptu appearance in the Central Desert in Almost Australian.

Margolyes has left Alice Springs and is heading for a desert site known as Ampe-kenhe Ahelhe, or Children’s Ground, where local communities have created a cultural recreation program based on traditional storytelling. Sitting beside one of the elders, she decides to tell a story of her own. As she assumes the voice and manner of Mrs Gamp, her companion’s face lights up with recognition. This might absolutely be someone from round here.

Outsider she may be, but Margolyes’s finely tuned instinct for establishing rapport comes through in the TV series as she tours the country on a mission to learn what it means to be Australian by taking in the cultural diversity of the people. She’s quiet and receptive in conversation, quick to find vulnerabilities and to win trust: the opposite of her public persona.

This Much Is True provides further insight into the person behind the performer. At the heart of this memoir is her sense of being Jewish, and of being an outsider by virtue of belonging to a people in exile. Genealogy is her passion, she says, and her parents (still referred to as “Mummy and Daddy”) dominate her own view of her life story.

Her father was born in the Glasgow slums to Orthodox parents who fled from Belarus in the 1880s. Having trained as a doctor he established a practice in Oxford. Her maternal grandparents moved from Yorkshire to southeast London, where her grandfather was the first president of the South-East London Synagogue in New Cross and her mother, never given the benefit of a tertiary education, made her way up the social hierarchy through force of personality.

A visit to Auschwitz five years ago tapped into a deep-seated rage, leaving Margolyes feeling she never wanted to laugh again. But she remains conflicted about Zionism. On a trip to Gaza with a touring performance of Dickens’ Women, she was stoned by children in the streets, but more recently her criticism of Israel has prompted stone-throwing of another kind, with social media posts vilifying her as an anti-Semite and a self-hating Jew.

This Much Is True is, as most readers will expect, a hugely entertaining book, but it is also a disturbing one, with strong undercurrents of anger. Its real value may be as an account of a life lived with immense courage and resourcefulness. •

Confessions of a Reserve Bank board member

An inquiry into the bank’s past decade might yield interesting results, but it misses Australia’s real challenge

Despite what its critics say, the Reserve Bank was cutting interest rates between 2011 and 2016. Bianca De Marchi/AAP Image 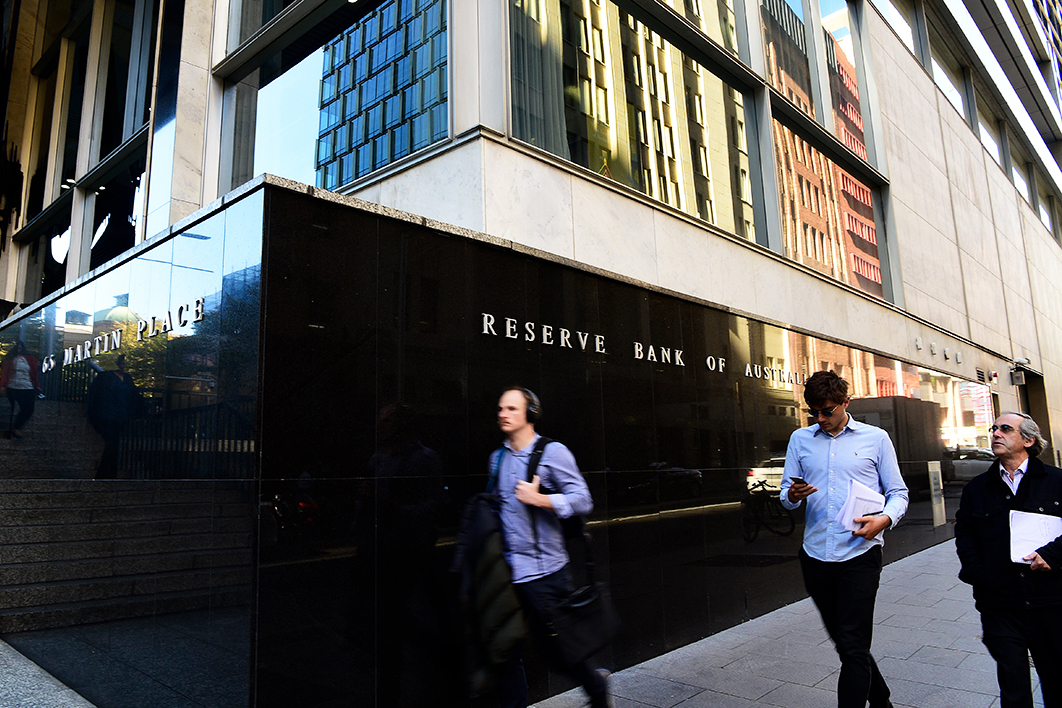 Despite what its critics say, the Reserve Bank was cutting interest rates between 2011 and 2016. Bianca De Marchi/AAP Image